where to find wildlife in the
Arctic

While the Arctic does not have the obvious abundance of wildlife that Antarctica has, it has interesting culture and history, some spectacular animals, flowers and amazing scenery... 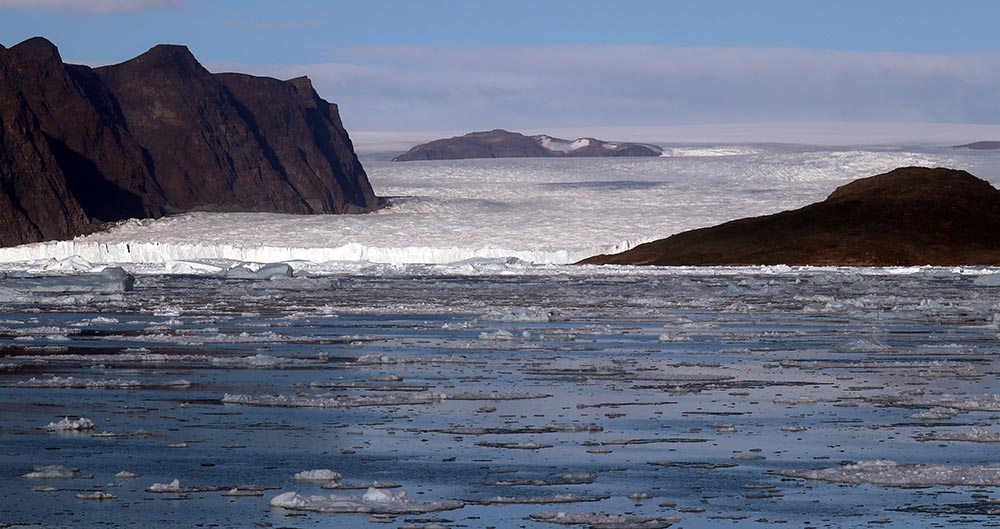 a glacier filling up a valley, in the Canadian Arctic

The Arctic includes the mostly frozen sea at the northern end of the planet. There is an 'Arctic Circle' drawn at 66 degrees, and countries that have land within this include Russia, U.S.A (Alaska), Canada, Finland, Sweden, Norway, and Greenland.

Because the region includes many different countries, there is a variety of plants, animals and cultures... 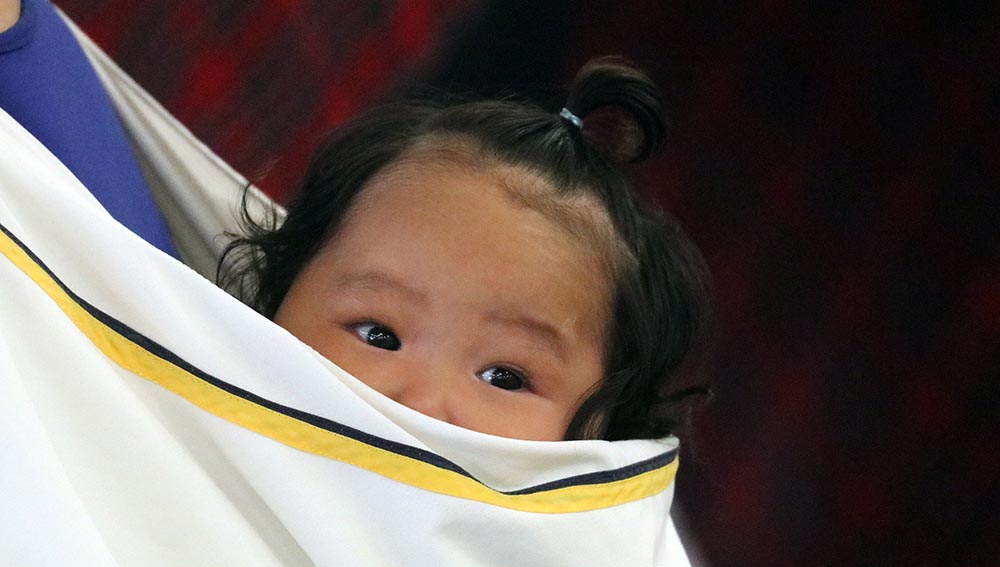 "Now where did my kid go? Oh that's right, she's on my back"

differences between the Arctic and Antarctica

Many people who visit the area, do so after exploring Antarctica, and thus often compare the two. However, they are quite different.

The Arctic is a sea (often frozen) surrounded by a lot of land, whereas Antarctica is a continent surrounded by water, the Southern Ocean.

The wildlife in Antarctica is now very well protected. However, in many parts of the Arctic and the areas to the south, humans still hunt, kill and eat animals, including seals, whales and dolphins. The regions where this still occurs include Russia, Canada, Greenland, Norway, and the Faroe Islands (off the U.K.). This obviously has an effect on the abundance of animals, and the behaviour of wildlife. Thus, while animals are very easy to see around Antarctica, they are much shyer and harder to observe around the Arctic. 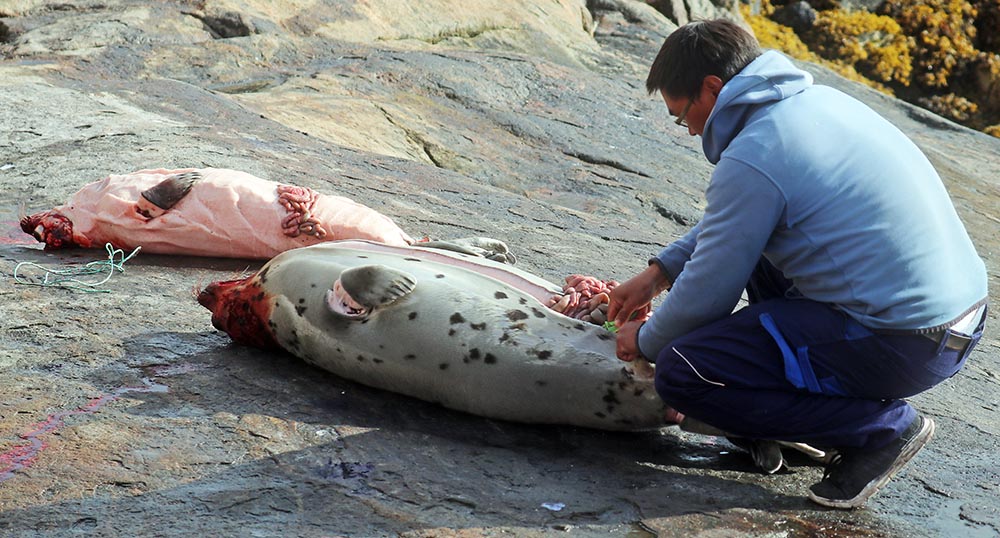 A seal peel - well, I guess you gotta eat.

The temperature extremes for the eco-visitor to the two areas is different. While you will always be cold around the Antarctic continent, areas of coastal Greenland and Canada can be quite pleasant on a summers day, especially if hiking.

The Antarctic continent has been isolated for a long time, but the Arctic is a colder extension of the Holarctic biogeographical region. Thus the southern continent does not have any flowers, songbirds, and very few insects. In contrast, the Arctic is home to all of these, and is actually surprisingly diverse in flowers...

In fact, of the groups of organisms found in the Arctic, the flowers are the most diverse... 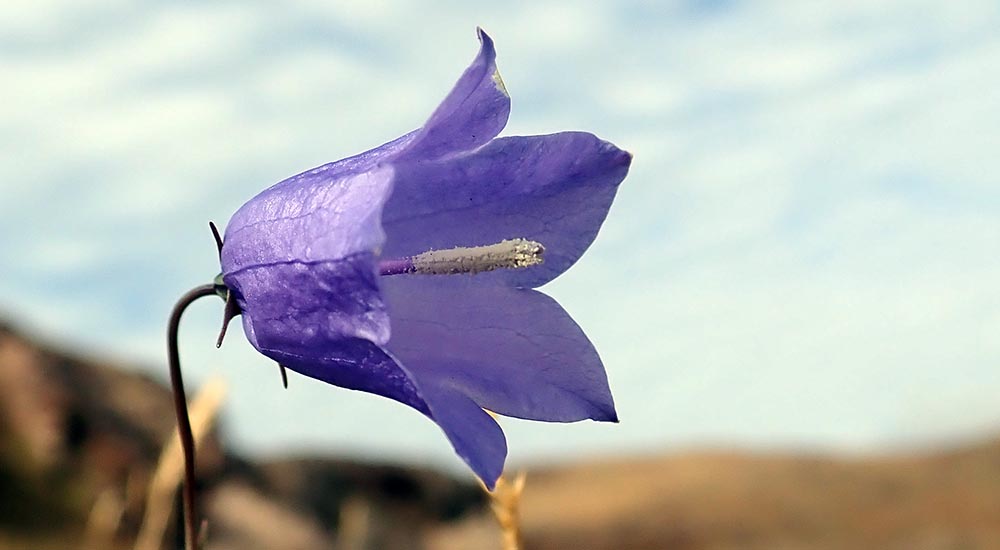 And there are a surprising amount of edible berries, such as the red 'Bear Berries' of the genus Arctostaphylos. 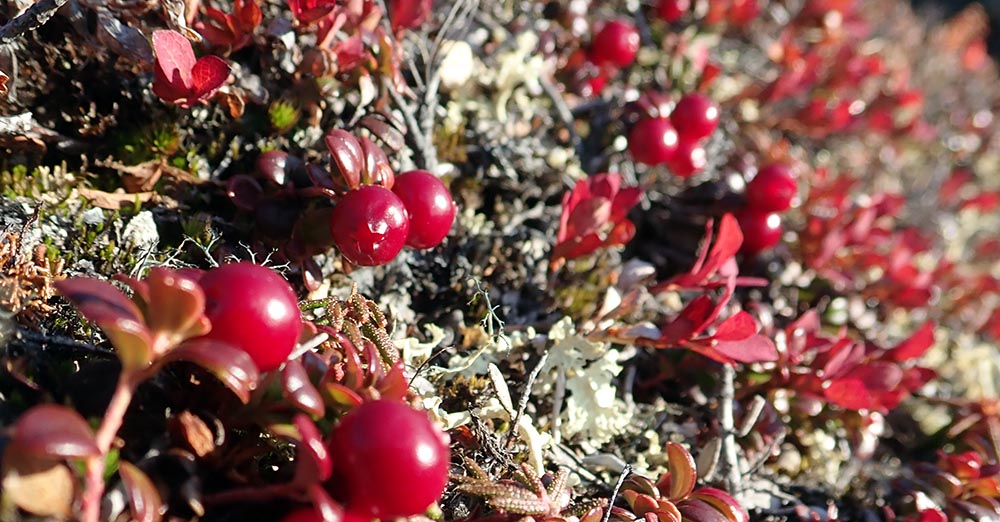 Because the northern areas of Europe, Asia and North America come together at the northern end of the planet, the Arctic includes a mix of species from these areas. Some of these plants and animals are widespread and common. Some species in the area migrate from other parts of the world, such as Humpback Whales and Arctic Terns. However, there are also species here that are more or less restricted to the region, such as Narwhal and Beluga Whale, and of course, Polar Bear.

Narwhal - if you squint you can see the tusk!

The diversity and abundance of sea birds in the north is not as obvious as you might see around the Southern Ocean, especially in the tubenose group. While there are albatross and petrels just further south of the Arctic, in the northern Pacific and Atlantic, one species in this group is ubiquitous, the Northern Fulmar. There is also a variety of gulls. 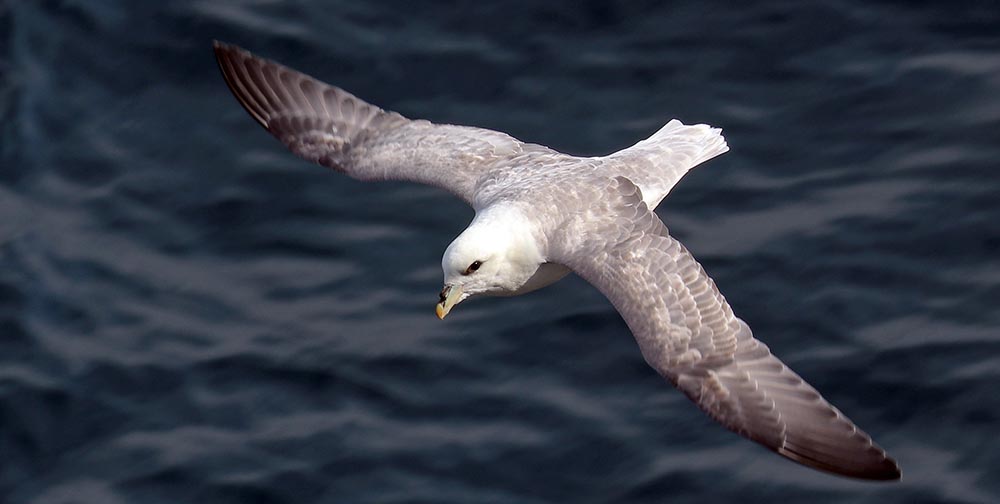 When the wildlife watching is proving too challenging, you can always just sit back, relax and enjoy the scenery... 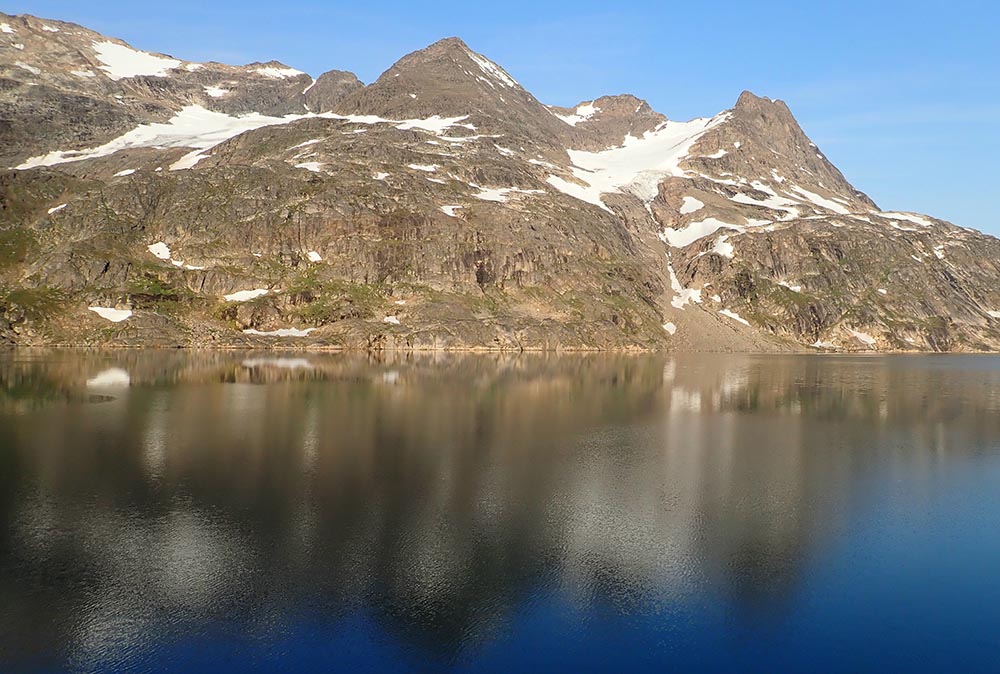 As with the southern end, the ice is endlessly fascinating, constantly changing position and shape.

During the autumn, as the nights get longer, you don't have to stay up so late to search the skies for the 'northern lights', one of the highlights of the higher latitudes. 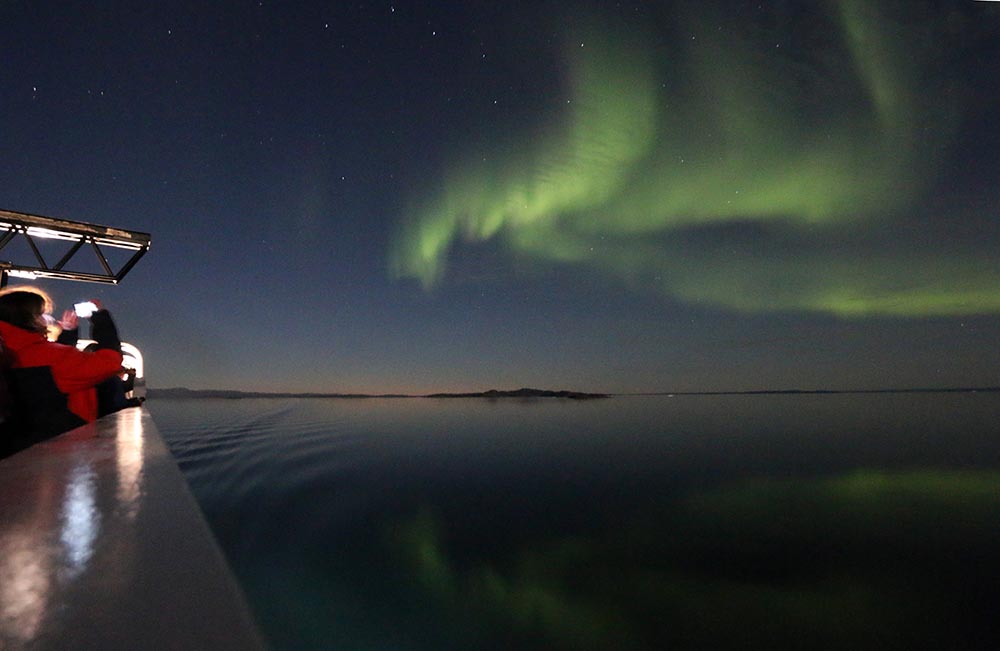 the northern lights from a ship (image by Damon Ramsey)

Auroras are best seen within a band called the auroral zone, which is usually 3° to 6° wide in latitude and between 10° and 20° from the geomagnetic poles. I have seen weak ones in Greenland, and pretty good ones in Canada.

The colours can include red or purple, but are much more commonly green. These colours are often very pale when seen with the human eye, so you might be disappointed, as they just look like white wisps of cloud. But if you take a photo with a digital camera or smartphone, the colours will look quite bright. And when you look back at your images, your memory will now be of striking green lights!

As mentioned, for most travellers, the Arctic doesn't get as cold as the Antarctic continent. Generally, it is very dry above the Arctic circle, so rain is relatively rare. While the wind and waves can pick up, generally conditions along the coasts and in the fjords of Arctic Greenland and Canada can be quite calm. However, you need to be prepared and have multiple layers, including thermals underneath your regular clothes, and an insulating layer for warmth and a windproof/waterproof layer above that. 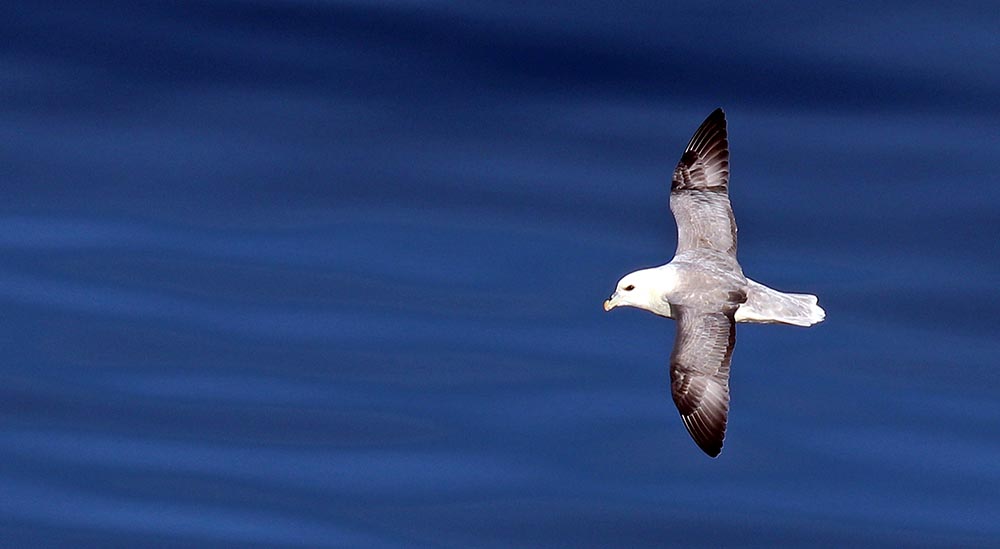 A Northern Fulmar flying above smooth seas in the Arctic

While it is possible to fly to many parts of the Arctic, most ecotourists visit the area on ships. The area is very popular as an expedition ship destination, and there are many companies and ships that visit the region during the northern summer. 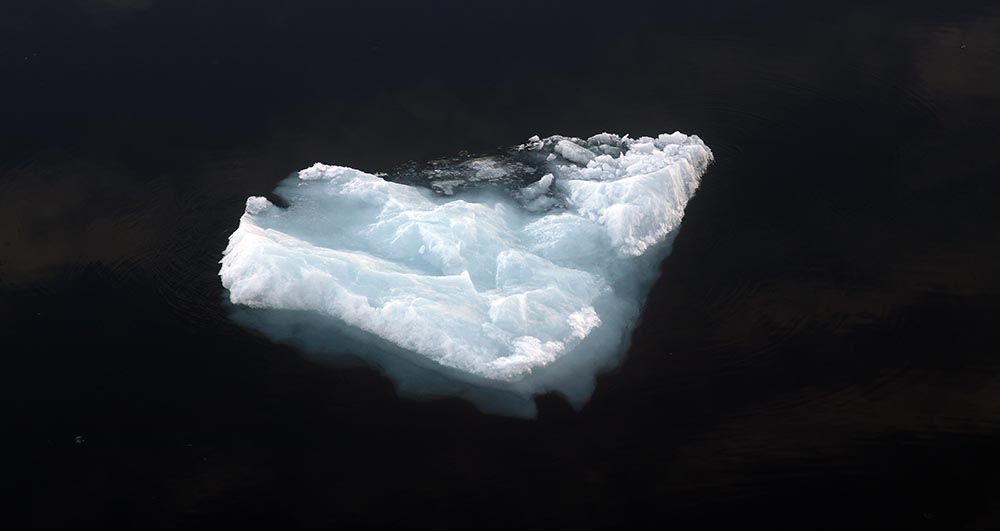 don't forget to have an ice time in the Arctic...