Even though it is a touch close to southern African seashores geographically, it is considered here biogeographically part of the South American temperate seashore. I visited this island group in early 2018, on an expedition ship between South America and South Africa.

It is one of the best places in the world to see several species, including Northern Rockhopper Penguin. It is estimated 85% or more of these penguins breed in the Tristan island group (the others are found in remote southern Indian Ocean Islands). Because numbers have severely dropped in recent years , this is considered an endangered species. The individual below was sitting on a rock at the jetty. There are also Atlantic Yellow-nosed Albatross. They are best seen from the cliff views a few minutes walk out of the main town. Although they can be seen at sea all around the southern oceans, the only place in the world they breed is here on these south Atlantic islands. These cliffs are also a good place to watch the beautiful Sooty Albatross...

Nightingale Island. I did not get to land on this island, but I was lucky enough to explore the coast (and watch some wildlife) from a zodiac.

This islands as a group are claimed to be the most remote inhabited archipelago on the planet (the single remotest island is Easter Island). Due to the remoteness of these islands, they are obviously difficult to get to. I visited them with Silver Sea, a company that goes there at the end of the Antarctic season, departing from Ushuaia in Argentina and arriving at Cape Town in South Africa. 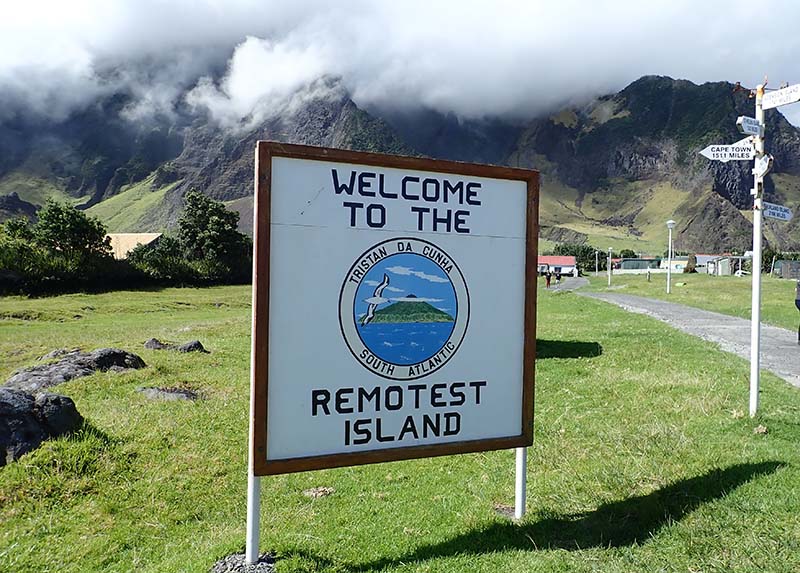 Back to the page on the South American temperate seashore