I have visited Satonda island half a dozen times on several expedition ships.

The Lesser Sundas, the islands in eastern Indonesia between New Guinea and Bali, are located in the rain shadow of Australia. They have a long dry season. If you visit in the southern hemisphere 'winter' you will walk through a 'scrub', a dry monsoon forest with crunchy leaves underfoot. If you visit during the summer monsoon the island is transformed. Everything is green, with the scrub having exploded into a forest, and there are plants (and many weeds such as Lantana) and butterflies everywhere. 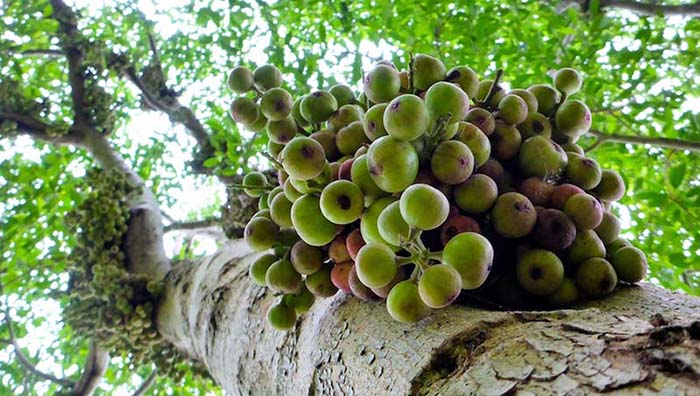 The island has a lake that dominates the middle of the island. It is brackish; not fresh, but not as salty as the sea (I have tasted it). A resort has been completed here. It is fairly low key, but it does mean there seems to be increased visitation by boats. The good side of this is that the tracks have beeb cleared and maintained.

There are various tracks. A very short flat track of just a few hundred metres leads from the jetty at the beach to the lake. Another track leads from the lake up to the top of the hill. This steep track takes less than an hour and ends with a great view of the lake at a cleared area. If you continue past this for another ten minutes along the ridge you get great views over gully with thousands of flying fox. Before you get to the his point, there is a small subtle trail that follows a ridge down into the side of the fruit bat colony. If you walk slowly and quietly you may be able to get views and shots of the bats before they fly off.

There is also excellent snorkelling just a hundred metres off the beach.

In the dry season, birds are easy to spot as the vegetation is sparse, and they are probably hanging around the gardens to get access to water, flowers and fruits that are sparse in the surrounding bush. There are often Little Grebes in the lake.

In the flat area between the jetty and the lake you may see; Blue-tailed Bee Eater, Brown-throated Sunbird, Collared Kingfisher, Wallacean Drongo, Bulbul, Barred Dove, Minivet, two different species of White-eye, and... 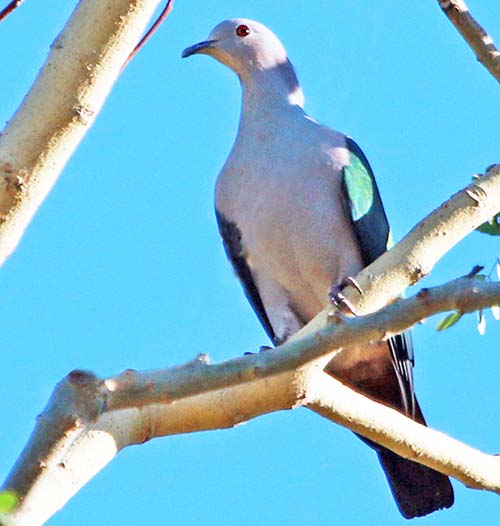 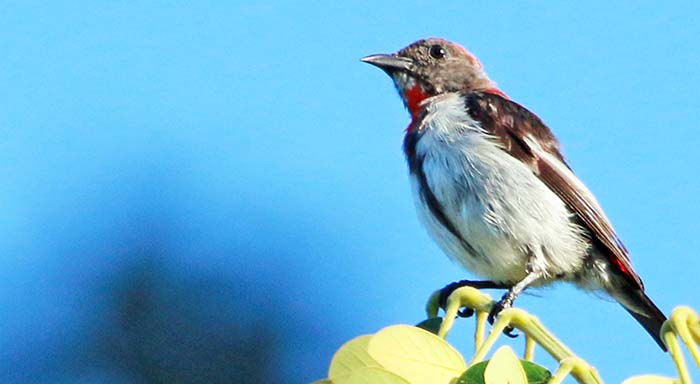 On the track to the top of the hill, you might see Orange-footed Scrubfowl, and their huge nests are very obvious. 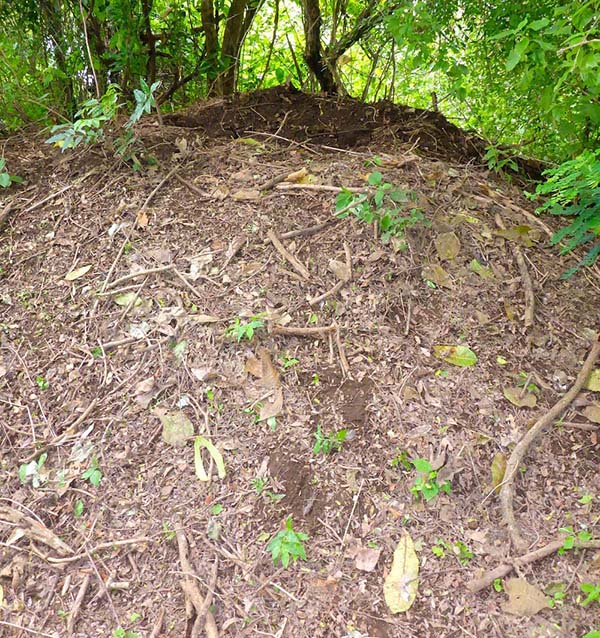 the nests of scrubfowl are the largest nests of any bird in the world...

In the wet season, the island explodes with butterflies, including: Common Birdwing with their golden hindwings, Ulysses Butterfly, Blue bottle (Blue Triangles), Various Tigers, Crows, and others. 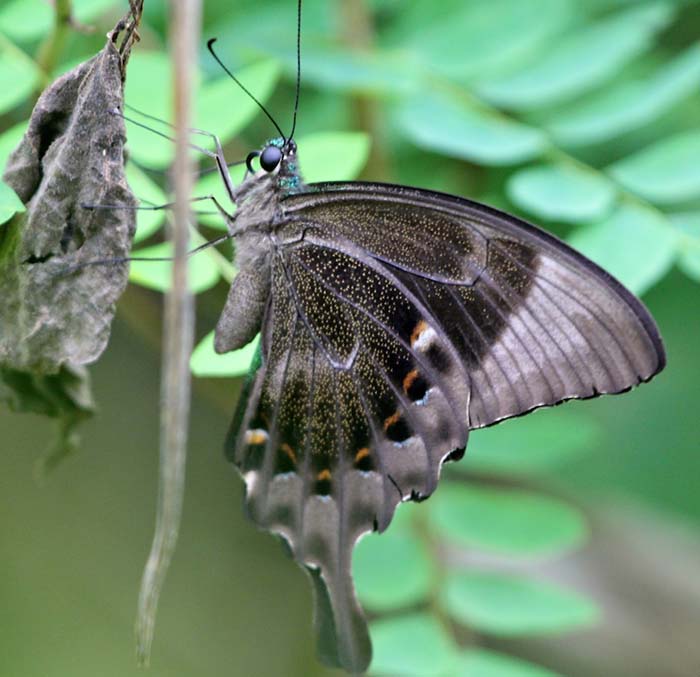 the underwings of the Ulysses butterfly (Damon Ramsey) 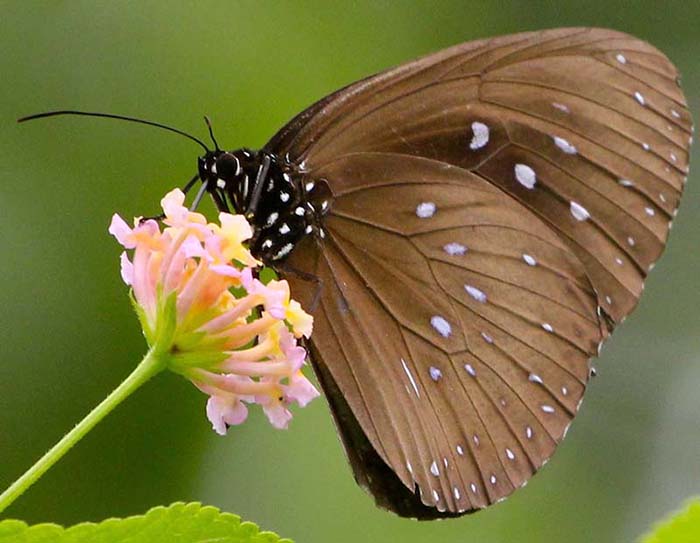 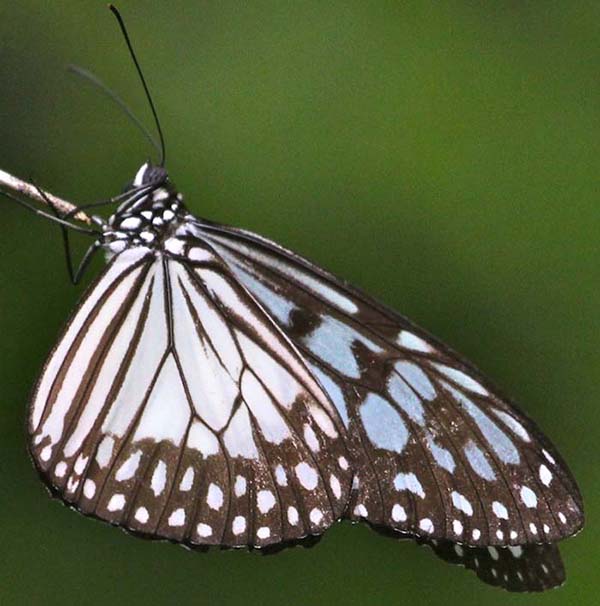 In summer I saw many harvestmen, (long-legged arachnids) walking the forest floor. 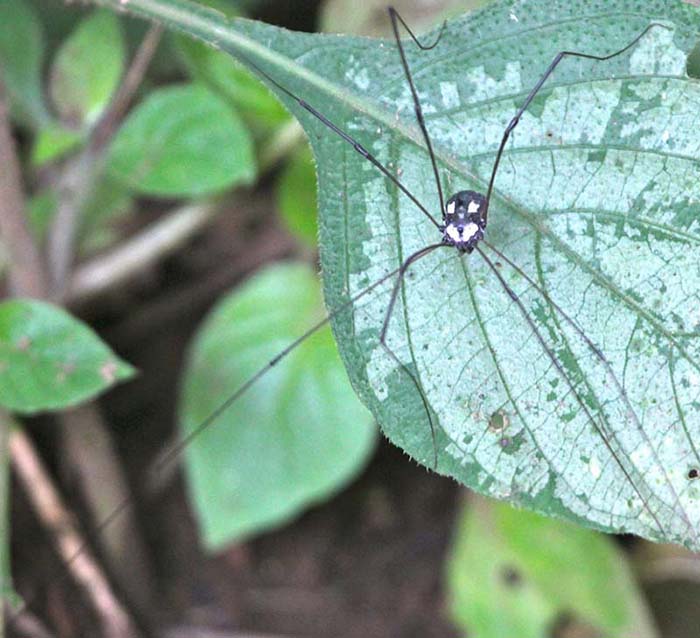 Introduced monkeys can be seen on the edge of the lake. The Tokay, the Asian Gecko, can be seen in the small wooden buildings on the island.

The fruit bat colony contains thousands of individuals. At sunset they stream out of the gully. Boats often anchor off the island to watch this spectacle. 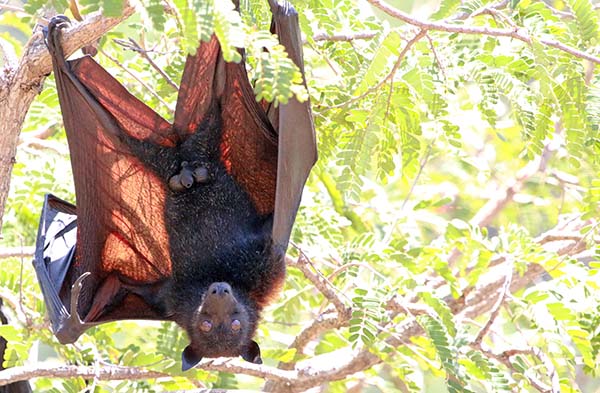