Aitutaki is a triangular shaped atoll. It is famous for it's shallow lagoon and blue waters. After settlement by Polynesians, the first European to discover the series of islands was Bligh on Bounty. It was used as a military base by the United States of America and New Zealand in WW2. Today, it is most famous for it's stunning sand beaches, regularly cited as some of the most beautiful beaches in the world. Most day tours into the lagoon stop at an island that has a population of breeding red-tailed tropic-birds.

Many of the best coral reef sites are located in developing countries. Therefore, the locals hunt the fish for food. Thus fish in these areas are often easily 'spooked' and difficult to approach for close photographs. However, this site in the Cook Islands is one of the most 'fish friendly' sites I have been to. There are many areas where fish are feed, and thus habituated, and therefore easy to photograph. 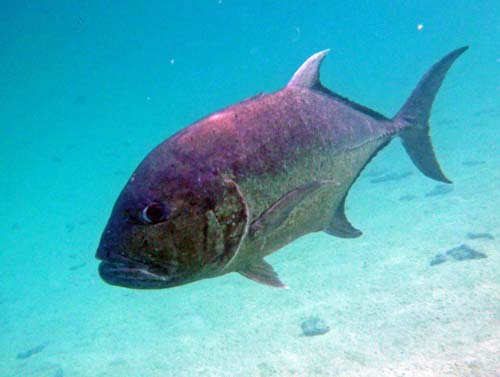