Lizard Island is certainly one of the more glamorous places to enjoy the tropical seashore and coral reefs...

The first time I went to Lizard island, I was lucky enough to be a biologist guide with a zoo group, and I stayed at the resort. Since then I have had the chance to take tours and walks there as a trip director, expedition leader, guest lecturer or biologist for Captain Cook Cruises and Coral Princess Cruises.

Lizard island is located about 27 kilometres off the coast, just north of Cooktown. It belongs to a group of islands, the Lizard Island group, of which Lizard is the highest and by far the largest.

These are continental shelf islands, and it is quite obvious that they are ‘drowned coastal mountains’ from high above. You can get this view from either climbing Cook’s Look peak, or by flying in. Besides the recently formed beach rock on the shore, the island is made up of pinkish grey granite. This was formed from magma cooling very slowly underground in the Permian, over 300 million years ago.

Visitors often expect to see the island covered in rainforest, but it is dominated by woodland, with vegetation similar to the mainland, however, there is a remarkable range of ecosystems within a short range, from coral reef, rocky and beach seashore, sand dunes, mangrove, Pandanus woodland, paperbark swamp, eucalypt savanna woodland, and heath.

The islands were regularly visited by the Dingaal from the mainland, and the main island was known as Dyiigurra. It was considered a sacred place and used for initiation of young males; this would lead to some later conflict.

The island has had an interesting European history, starting with the most famous visitor James Cook. In August 1770, while their ship Endeavour sat in the now named Endeavour River being repaired Cook, Banks and some men rowed out to Lizard Island in the longboat. They stayed overnight, and while here they climbed the highest peak twice. They were looking for a vantage point to determine a way out of the treacherous waters of the Great Barrier Reef. This hill is now named 'Cooks Look' and there is a trail that goes up there, which can be climbed in about 2 hours. It has great views on the way up and at the top, and there are usually lots of flowers to be seen. The main animals he noticed were the large monitors, thus he named it Lizard Island. 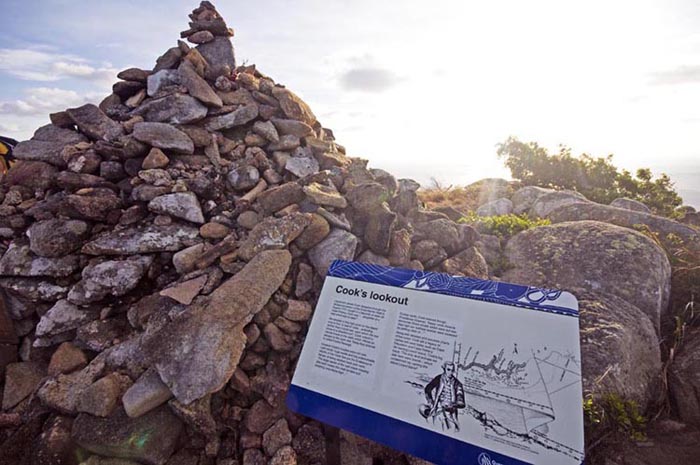 the peak of 'cooks look', the top of Lizard Island (Damon Ramsey)

Beche-de-mer (sea cucumber) fishing and drying operations were set up on the island twice, at the main bay. It was during this second try that one of the most famous stories of tragedy along Australia’s tropical seashore occurred. While Mr. Watson was away fishing, aboriginals attacked his wife Mary, their infant and Chinese servants. One servant was killed, so Mary put herself, the surviving servant, and the baby in a sea-cumber cooking pot and floated away, later to die. The bay where they lived is now called Watson’s Bay, and the remains of the cottage can be seen today. 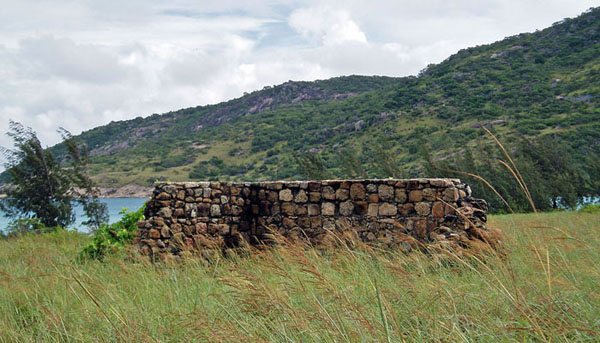 Most of the island and water are now protected national park, and the island is home to Australia’s most northerly island resort. Because of the range of ecosystems and remoteness, there is some wildlife to be seen here. 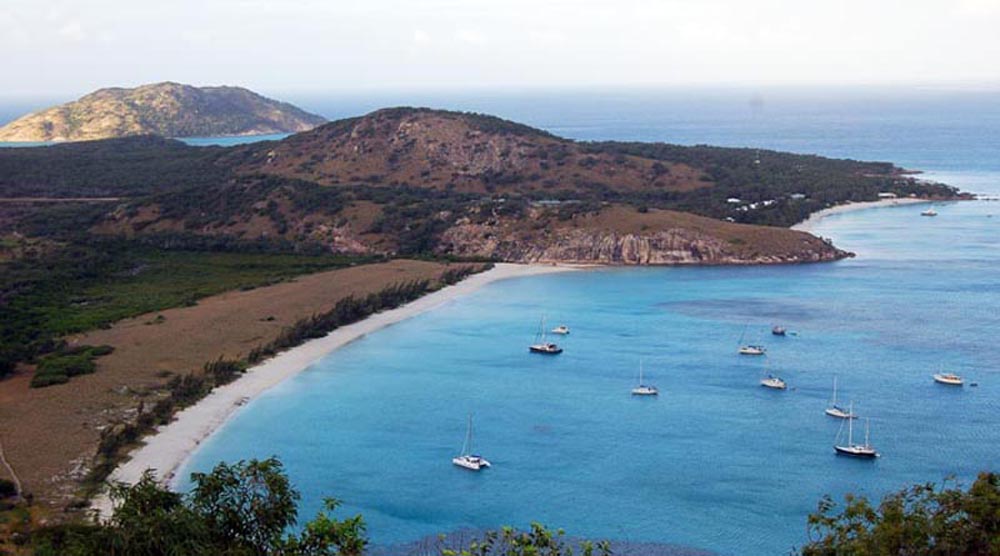 Golden orchids, the biggest orchid in Australia, are prolific and grow huge on the boulders on the upper ridges.

There are a number of birds that can be seen on the island. The most common bird here would have to be the Yellow-bellied Sunbird, and I think I have seen more of these birds here than anywhere else I can think of.

However, the reason most people come here is to experience the underwater life. There is good coral to snorkel over at Watsons bay for visitors, and in front of the resort for people staying here. The Watsons Bay coral gardens have more clams than I have seen anywhere else; I have counted at least 30-40 just floating over in a boat.

Lizard is not all that accessible for budget travellers. When I stayed at the resort over 10 years ago, it was $1000 a night (I wasn't paying!).  Coral Princess Cruises regularly visits Lizard Island on their 4 day northern GBR tour, and they do the Cook's Look Walk, and snorkel at Watson Bay. Camping is available on the island, but it is still pretty expensive to even get there.  Groups can stay at the research station.

My book on the beaches, shells and birds of the islands around the Great Barrier Reef is called: "Ecosystem Guides: Tropical Seashores of Australia"