I visited the fiords as an expedition team member on board Caledonian Sky for Noble Caledonia in summer of 2012.

Fiords are valleys that have been cut by glaciers, and then indundated by the sea. Thus, by their very nature, they are usually pretty steep and spectacular and perfect for cruising in ships of various sizes. The Chilean fiords are massive, starching along the coast of southern Chile. They also include glaciers that run into the ocean. 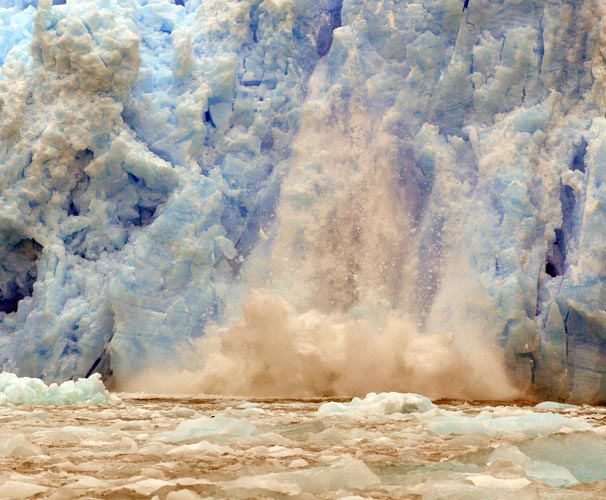 Like other fiords, such as New Zealand's Fiordland, wildlife is there, but can be spread out and initially difficult to find. However, there are some interesting animals to be found here and some pockets where animals are more abundant.

As well as Red-legged Cormorants and Blackish Oystercatchers, there are the bizarre 'Steamer Ducks', rather large, fat ducks that are named for their almost comical running along the surface of the water before they take off (although the flightless species never quite takes off).

Although the wildlife in the fiords are sparse, there are some pockets that have more concentrated pockets of wildlife. One of the latter spots is a reserve called Tictoc (marine) reserve.

There are some great plants to be seen. The vegetation is comparable to the New Zealand fiords, in being quite lush, diverse, and with some Gondwanan elements such as primitive conifers and beeches (e.g.: Nothofagus and relatives). I think Chile has the highest diversity of Nothofagus type 'beeches' in the world, and there are number of species to be seen here.