There are some 50 plus species of other mammal recorded in the area. On our expedition we glimpsed both species of dolphins, the Ganges subspecies of the 'South Asian River Dolphin' and the snub-nosed 'Irrawaddy Dolphin', although I did not get any great photos of either. Other mammals I photographed included: Smooth-coated Otter, Small-clawed Otter, Spotted Deer, and Rhesus Macaque,

There are many birds to be seen along the mud banks and in the mangrove trees, especially if cruising early in the morning, including Indian Pond Heron, Great Egret, Little Egret, Lesser Adjutant Stork, Redshank, Oriental Magpie-Robin, Bronze Drongo, Greater Racket-tailed Drongo, and Shakra. 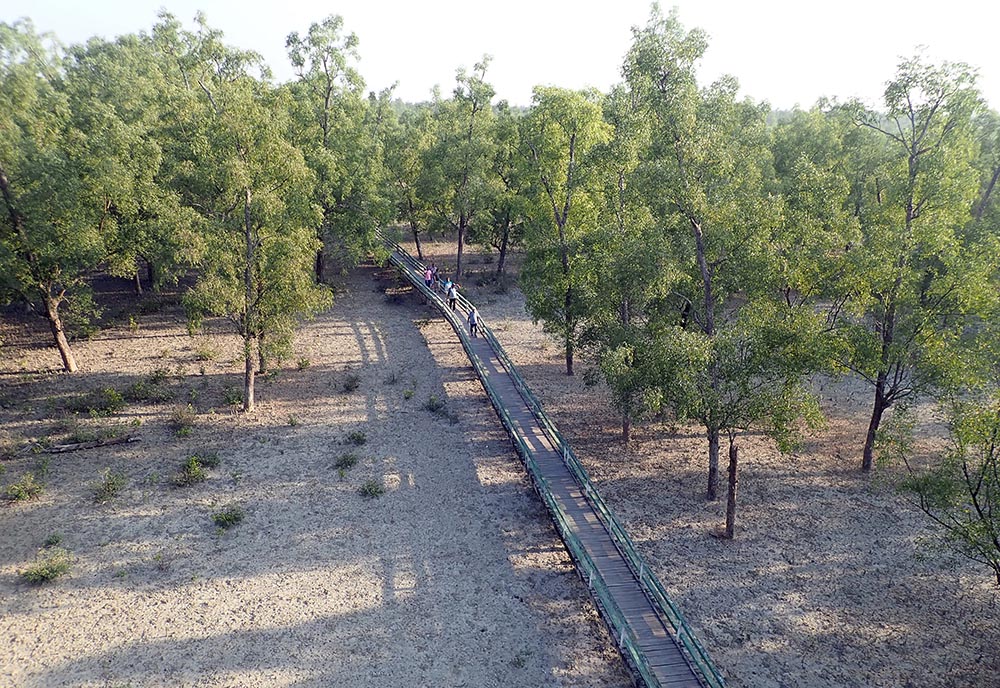 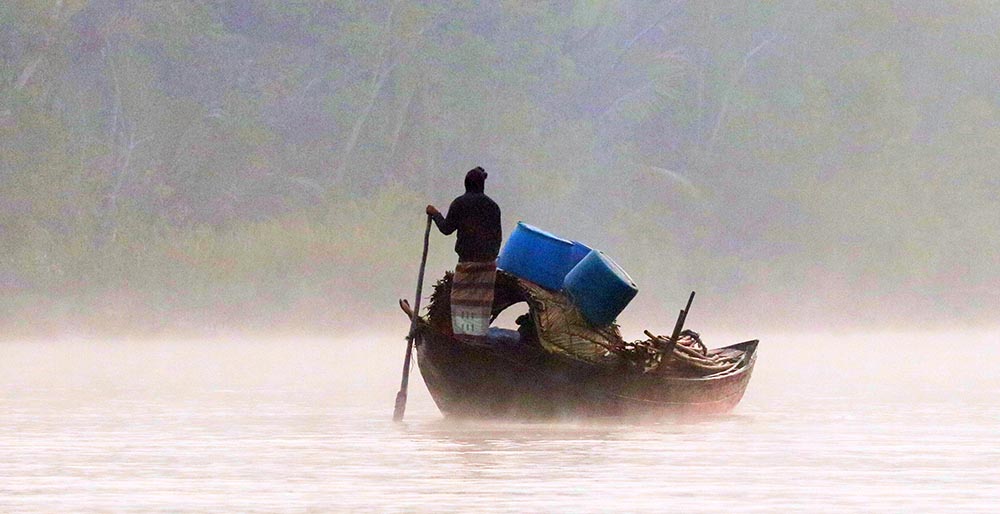 For the page on the Asian mangroves