The area is based around a massive waterway, a valley that was drowned in 1895 by the creation of the Mullaperiyar Dam.

When I stayed here, a spent a night in a 'hide' overlooking a salt spit. I watched elephant, gaur, and sunbirds. However, this was two decades ago; so those animals and the hide may have long since gone!

Being in the heart of the classic monsoon climate, this area experiences two monsoon seasons; the main monsoon is in the south-west from about June to September, and the north-west monsoon from to October to December.

There are elephants that can be seen at the grasslands, as well as Gaur. 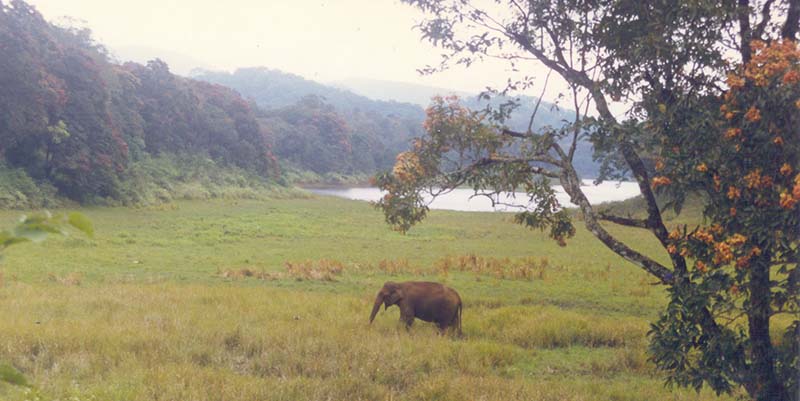 Other mammals include monkeys. There are also many birds, including Cormorants and Darters around the waterways, and the beautiful iridescent purple 'Crimson-backed Sunbird', an endemic to the western Ghats area.