The temperate oceans of New Zealand and southern Australia... 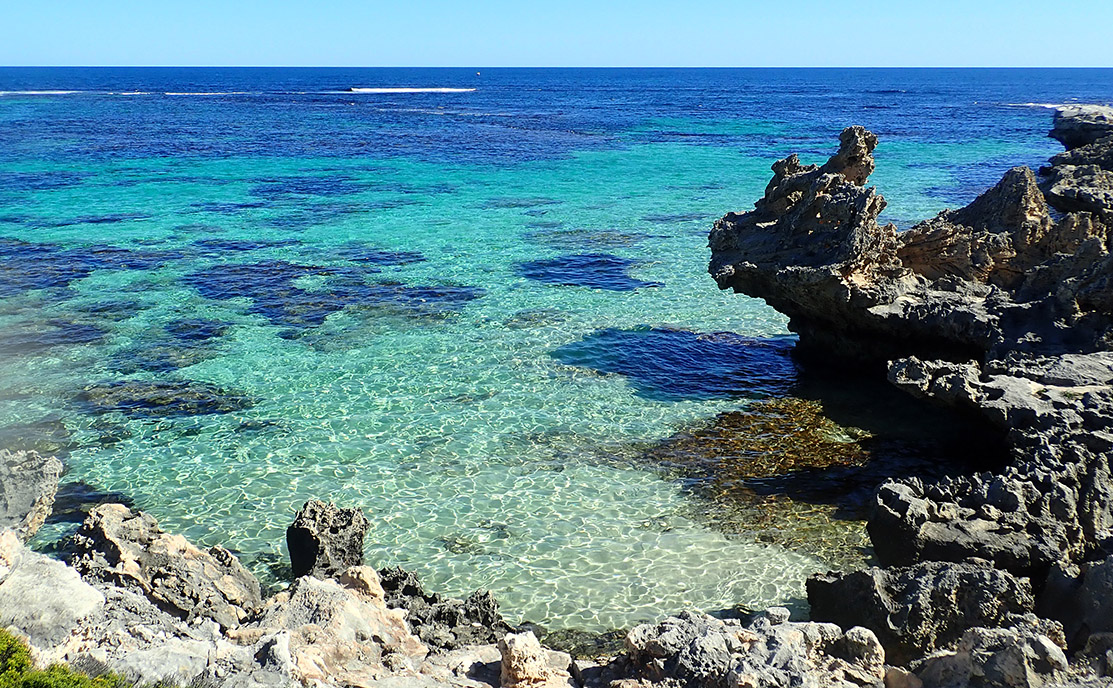 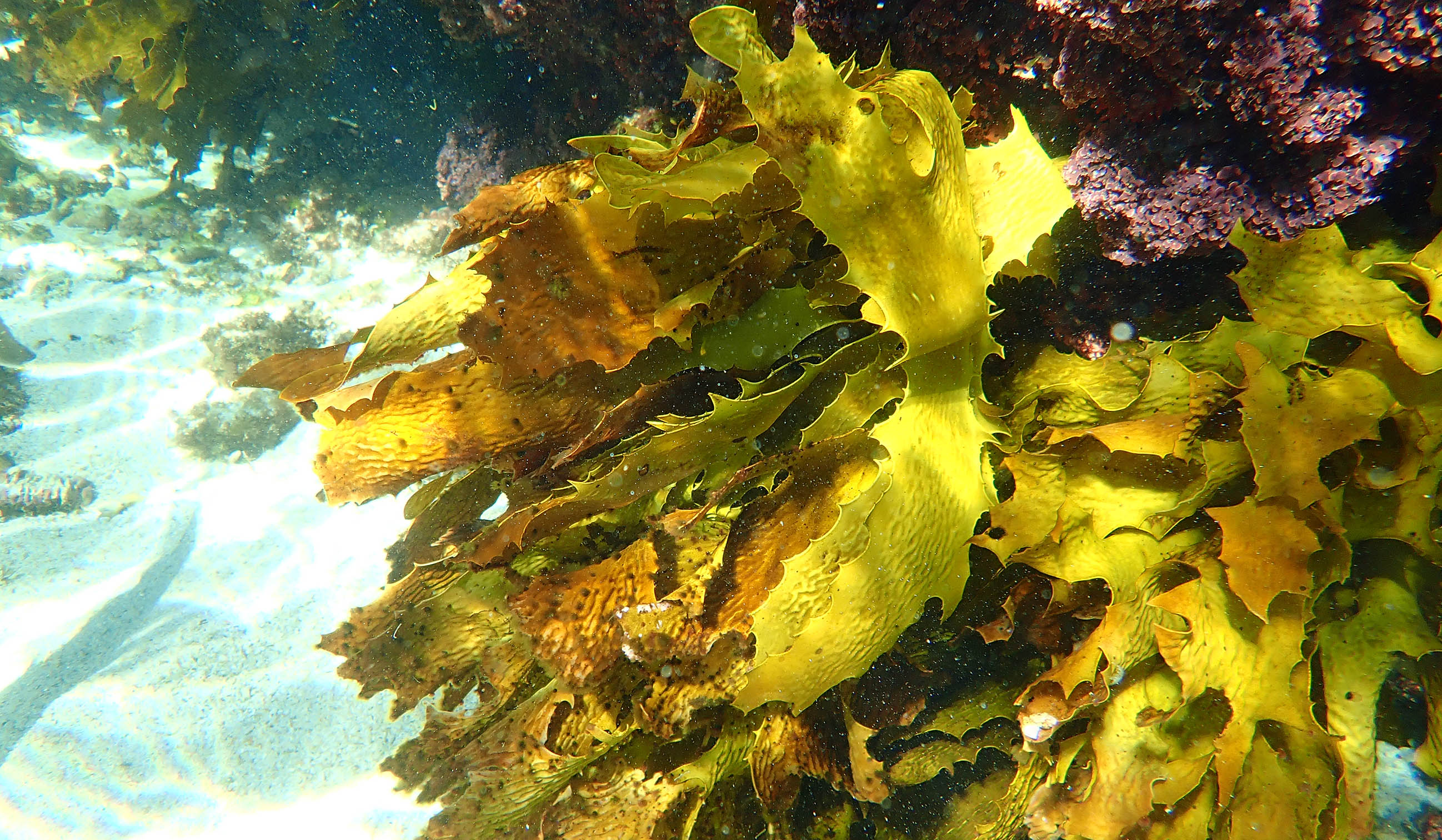 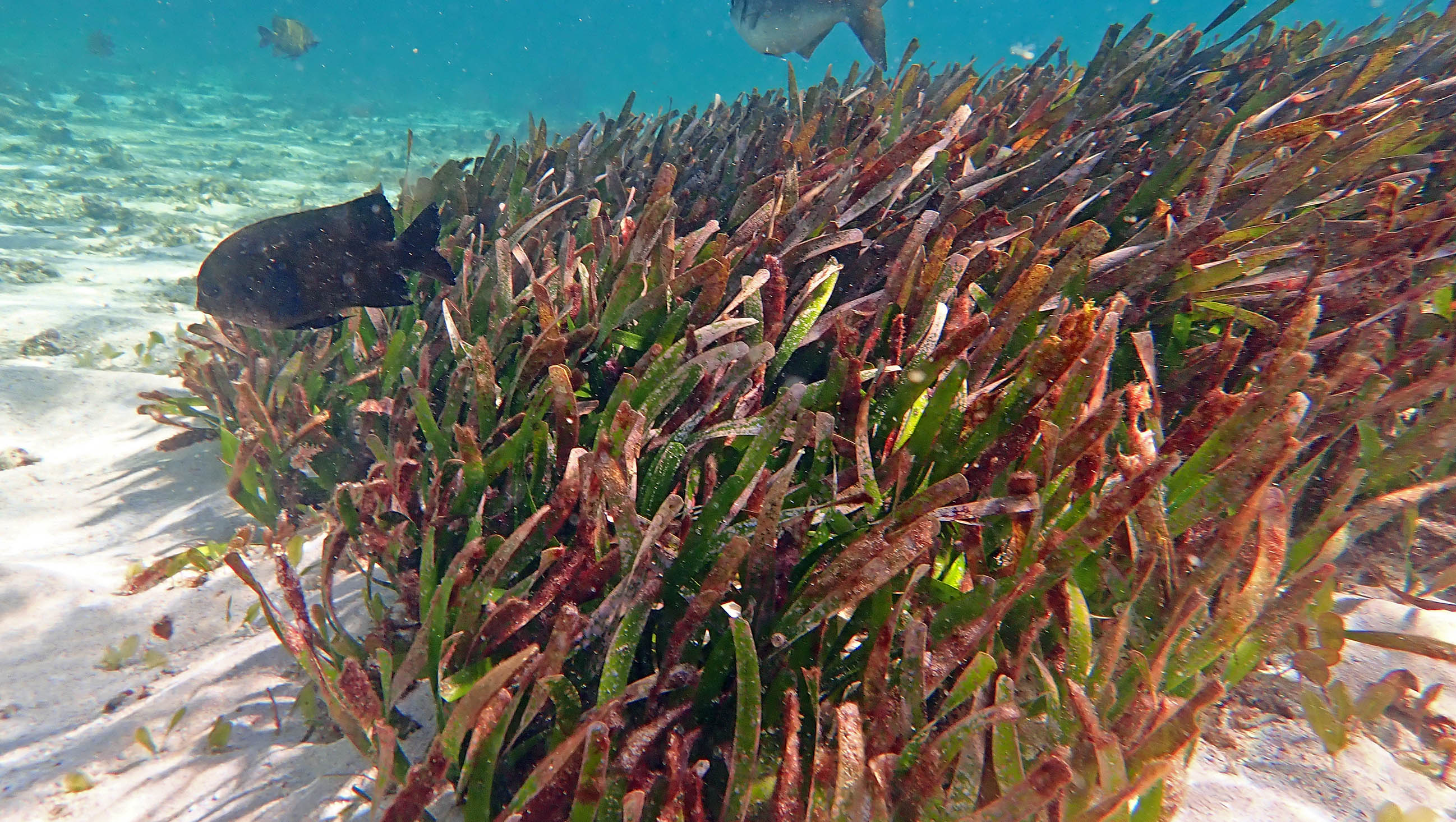 Posidonia sp. 'Strapweed'. A group of seagrass with a disjunct distribution; they are found in the Mediterranean and in southern Australian waters. 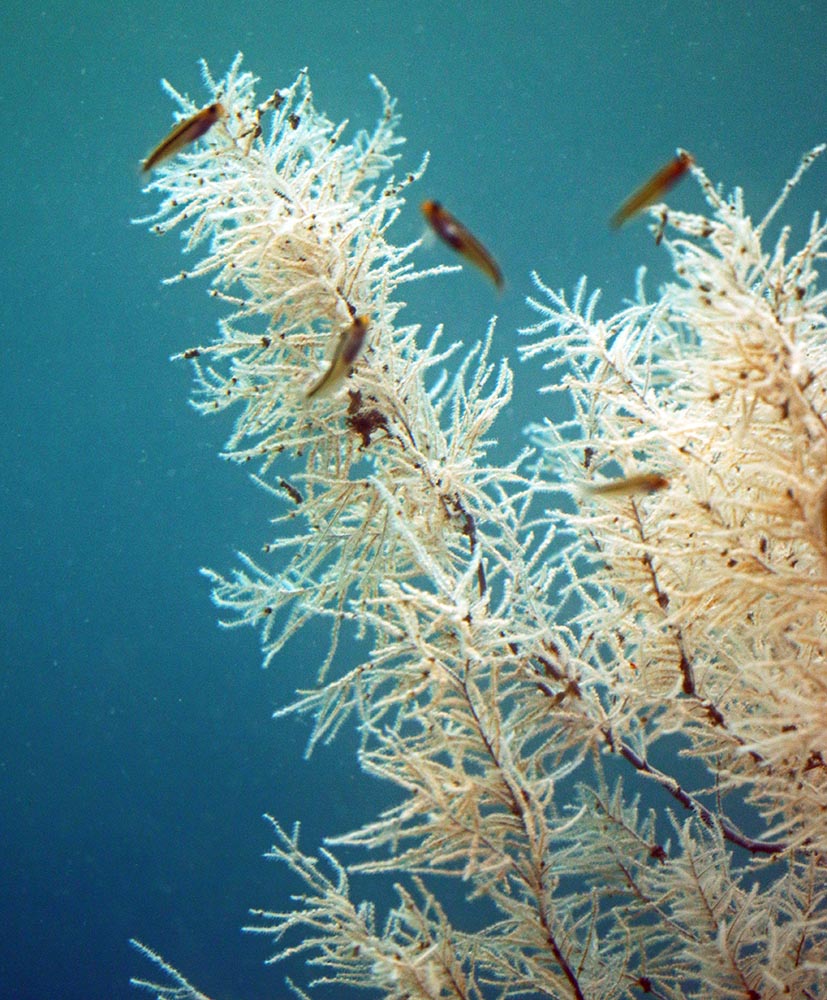 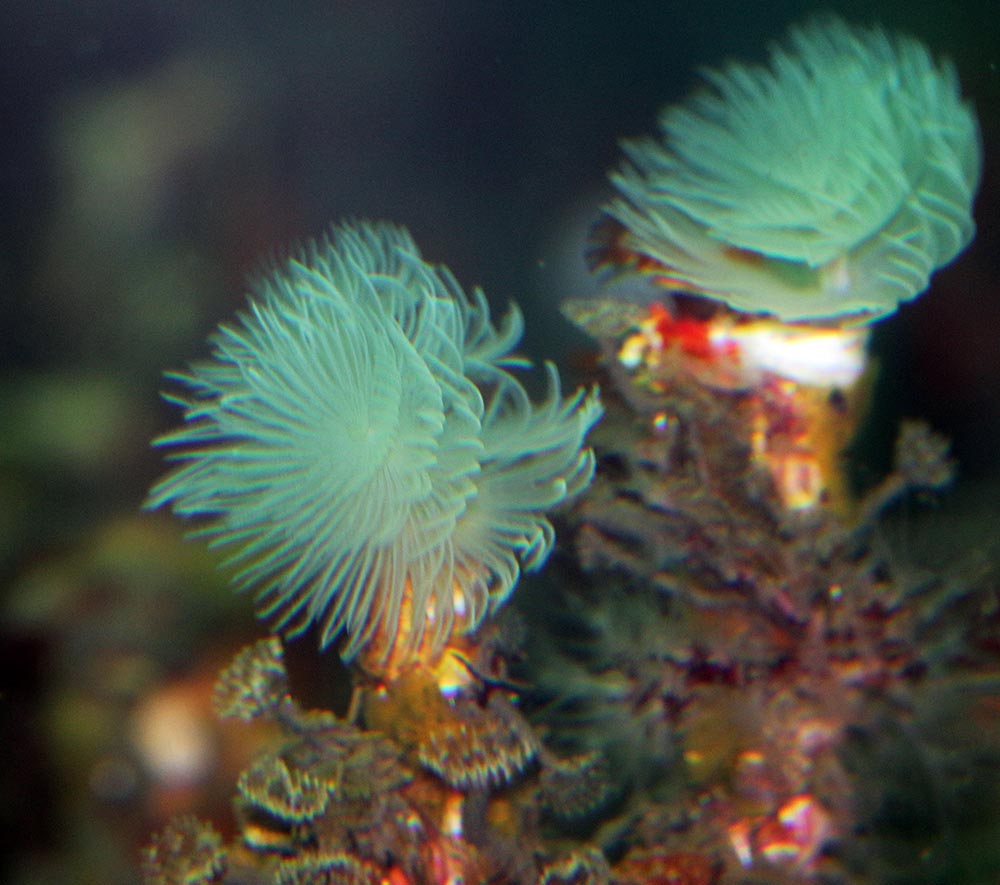 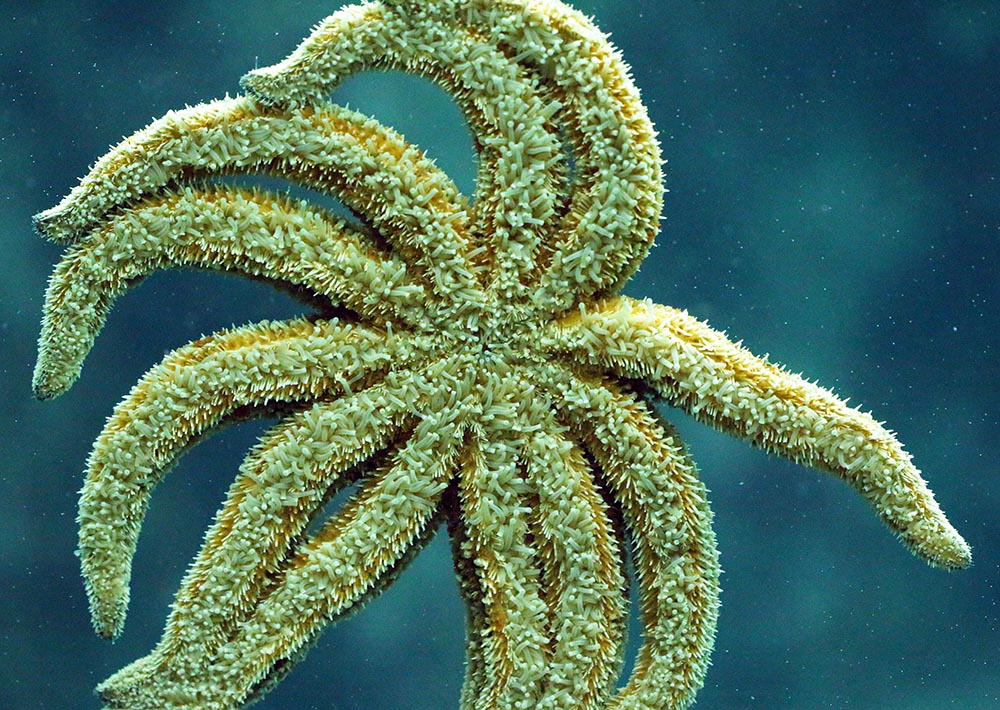 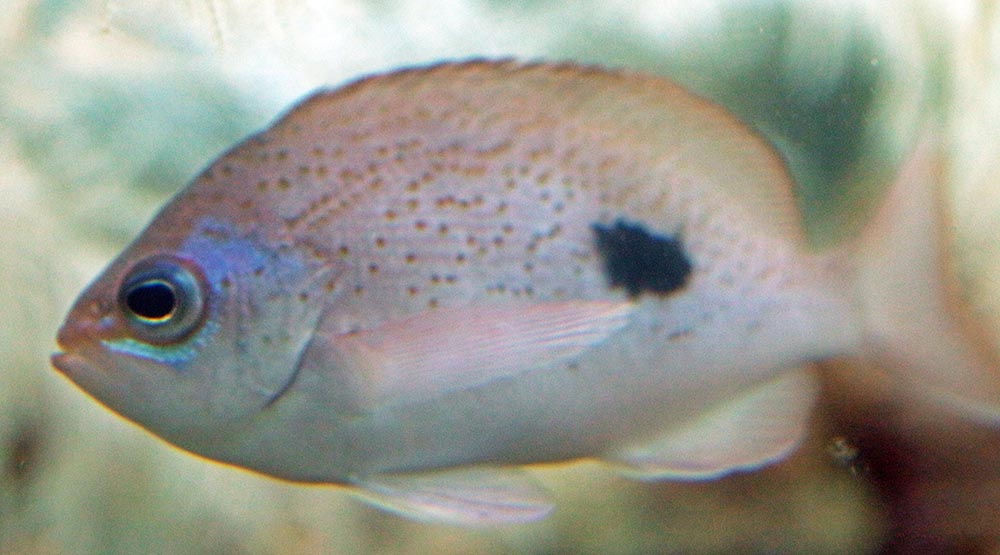 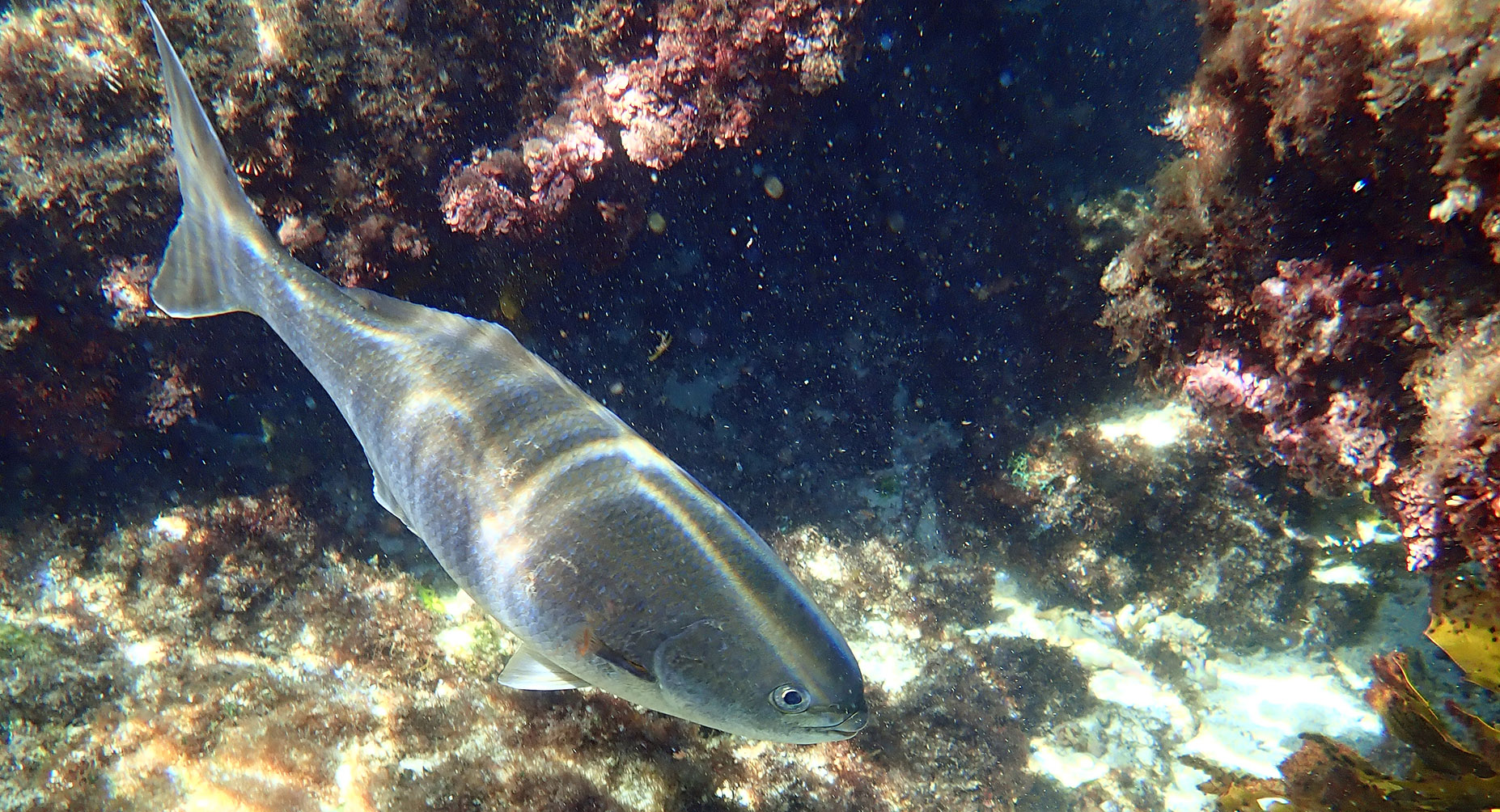 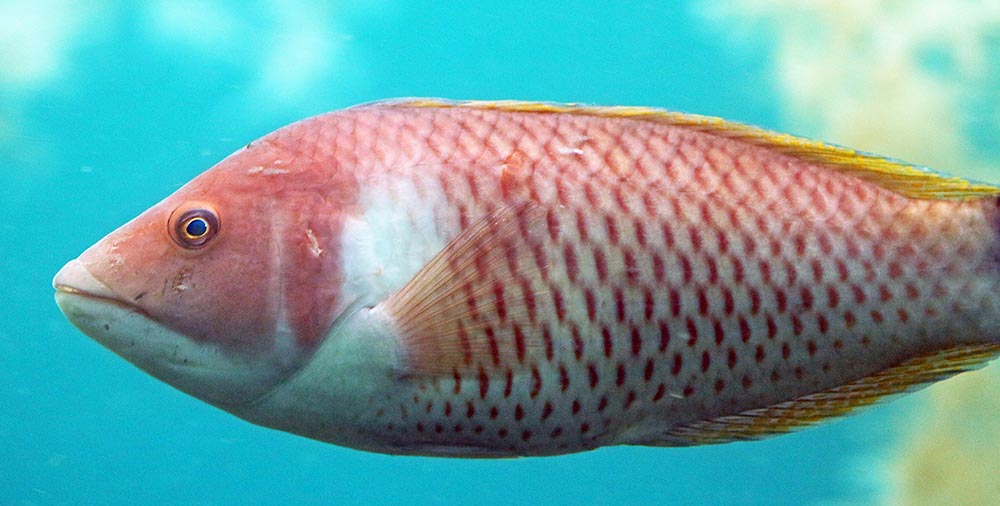 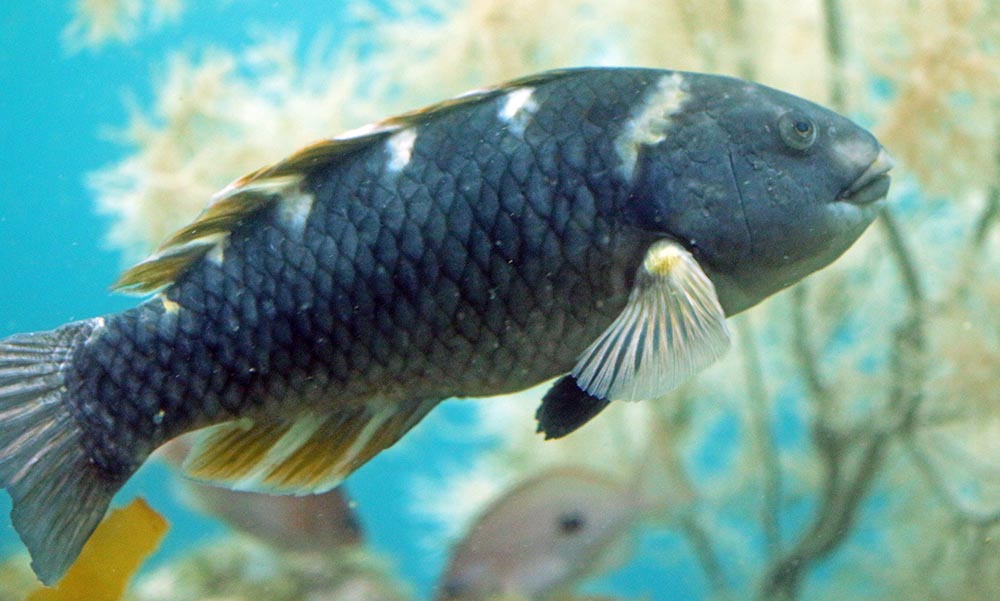 Notolabrus fucicola, 'Blue Wrasse'. Found in temperate eastern Australian and New Zealand waters; in the latter region it is the largest wrasse. 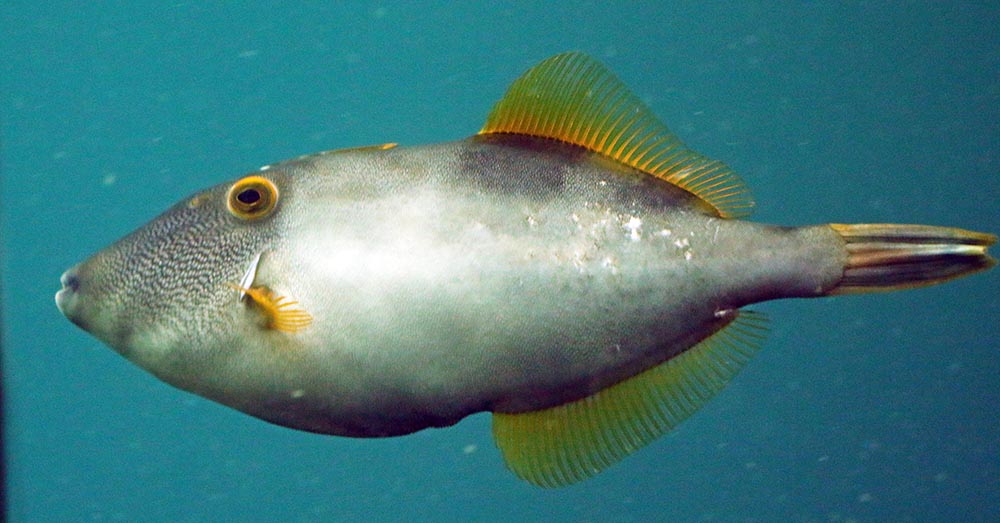 Chelonia mydas, 'Green Turtle'. Even though they do not grow as large as Leatherback or Loggerhead turtles, the individuals in cooler waters can be large and heavy, much more so than their tropical equivalents. The Green is the most widespread and commonly seen of the marine turtles, and although they are mostly tropical, they can turn up in cooler waters all around Australia.

This order includes the Albatross & Mollymawks, Storm Petrels, Prions, and all the other petrels. 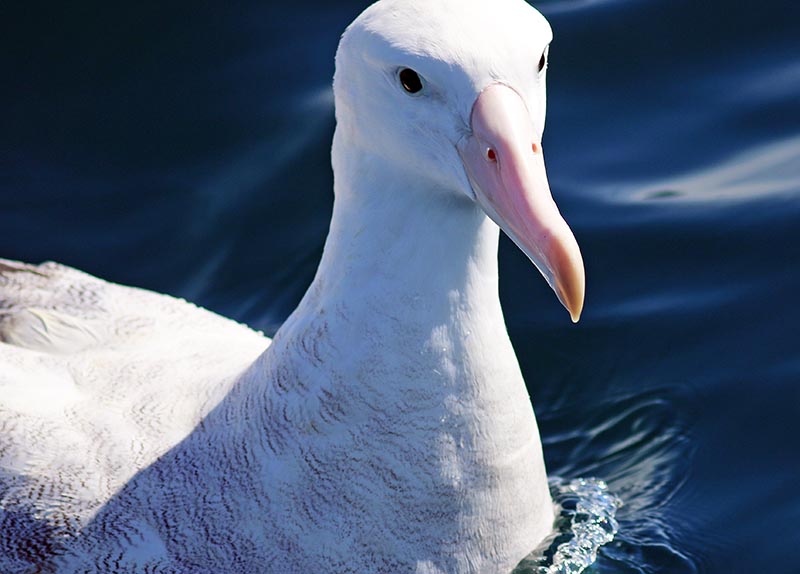 They are distinguished by their nostrils being enclosed in a tube that runs along the bill. 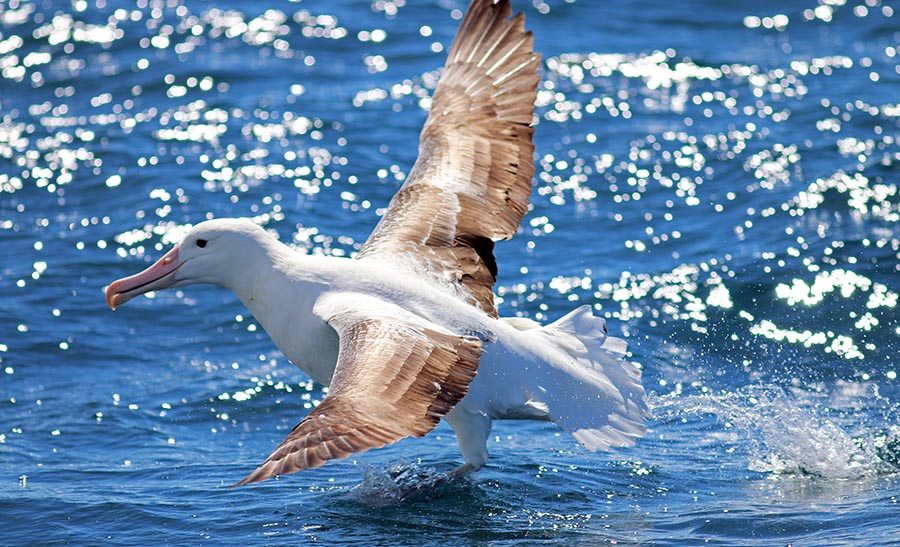 They include the largest of all flying birds; the Great Albatross reach wingspans of 3.6 metres

(Off south-west coast of Tasmania)

Thalassarche cauta, 'Shy/White-capped Albatross'/Mollymawk'. Yellow tip to bill. Light grey on the side of the face produce a subtle white cap. A  breeding endemic to southern Australasia, nesting on only three islands off the coast of Tasmania and four islands off New Zealand, but can be seen at sea around colder temperate southern oceans of planet. The species is sometimes split into the Shy 'Tasmanian' Albatross and the NZ White-capped Mollymawk. 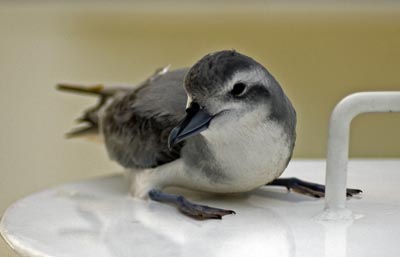 (on board Oceanic Discoverer in New Zealand)

Pachyptila vittata, 'Broad-billed Prion'. The largest of the prions, with the widest bill. Found at sea around the cooler southern oceans, sometimes ends up on ships.

(on board Coral Discoverer off south-west Tasmania)

Pachyptila turtur, 'Fairy Prion'. The smallest of the prions. Found at sea around the cooler southern oceans, sometimes ends up on ships.

Pelecanoides urinatrix, 'Common Diving Petrel'. A tiny seabird that 'flies through waves'. I think Diving Petrels are potatoes with hummingbird wings. Because they only seen in colder oceans usually remote from humans, they are not commonly seen or known by most people. Because they are so small and fast, they are hard to photograph, and indeed even see. 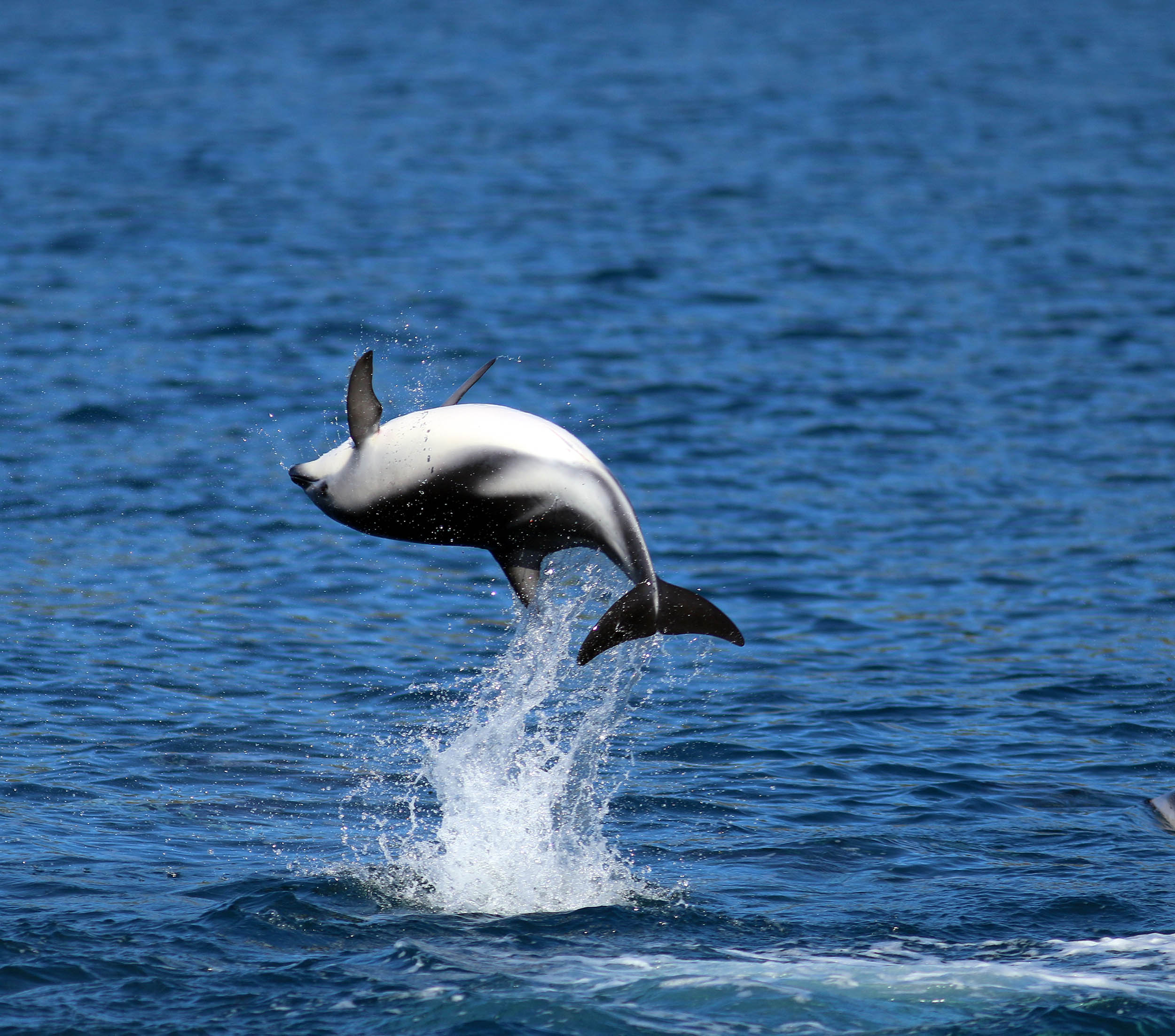 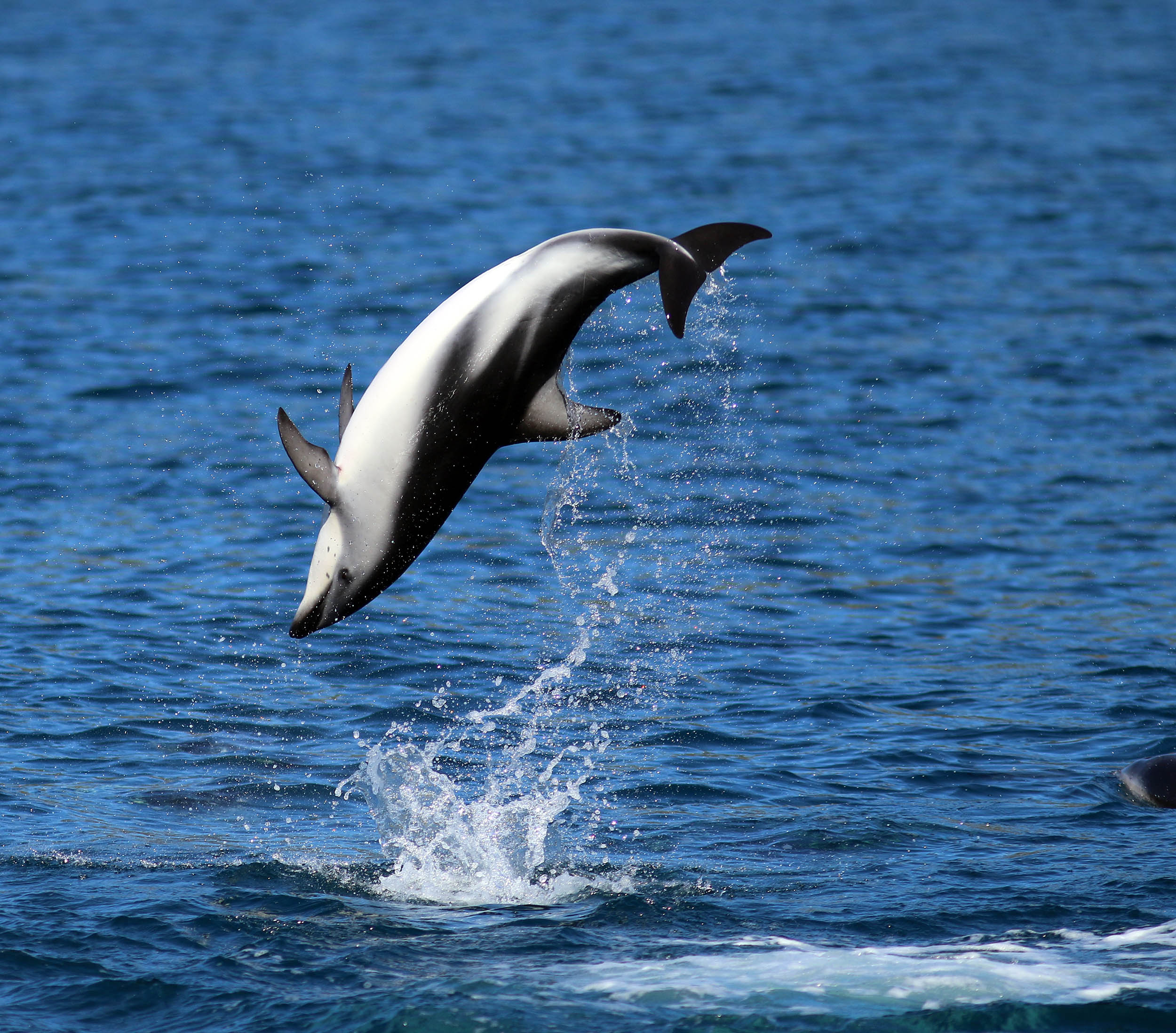 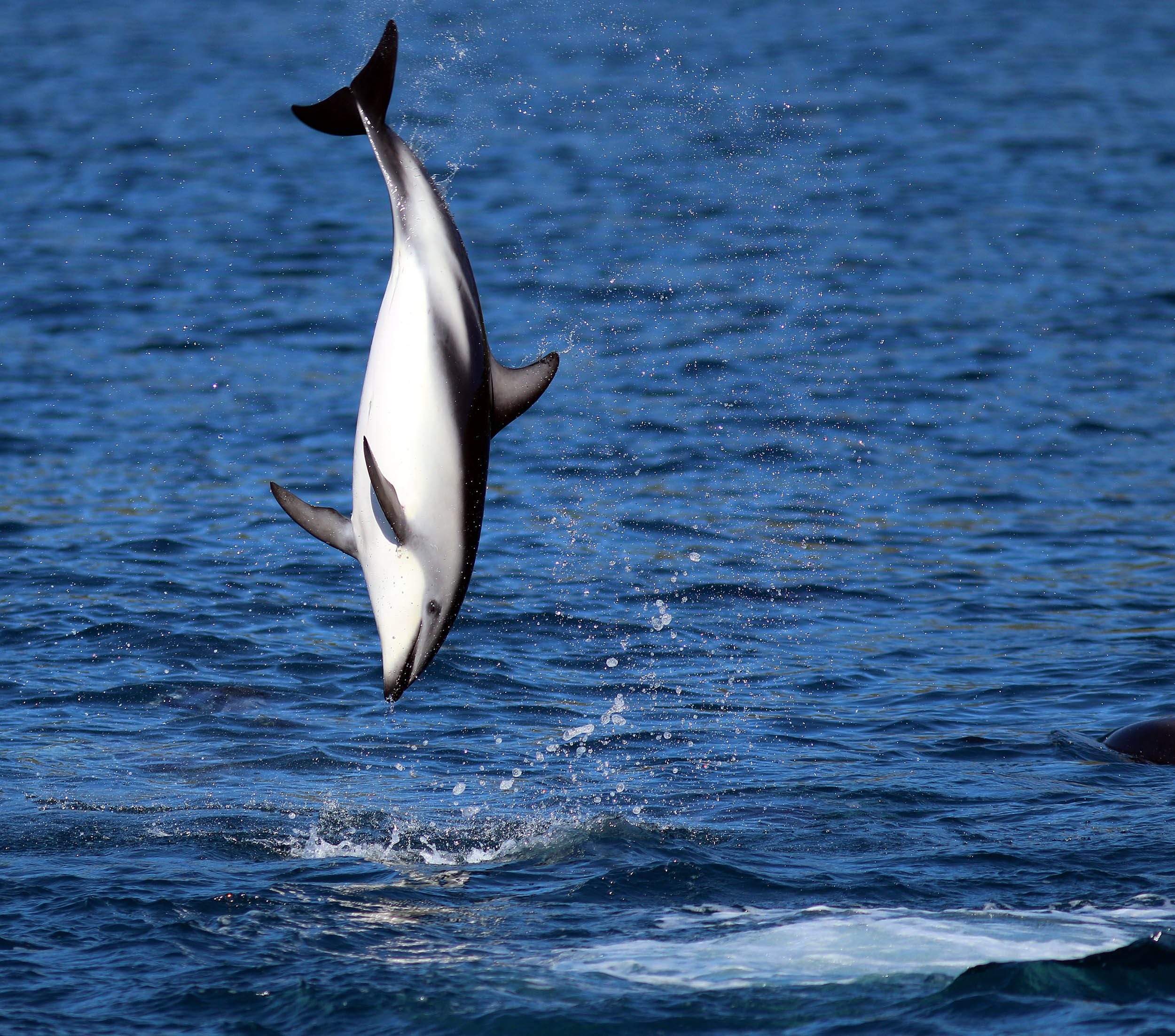 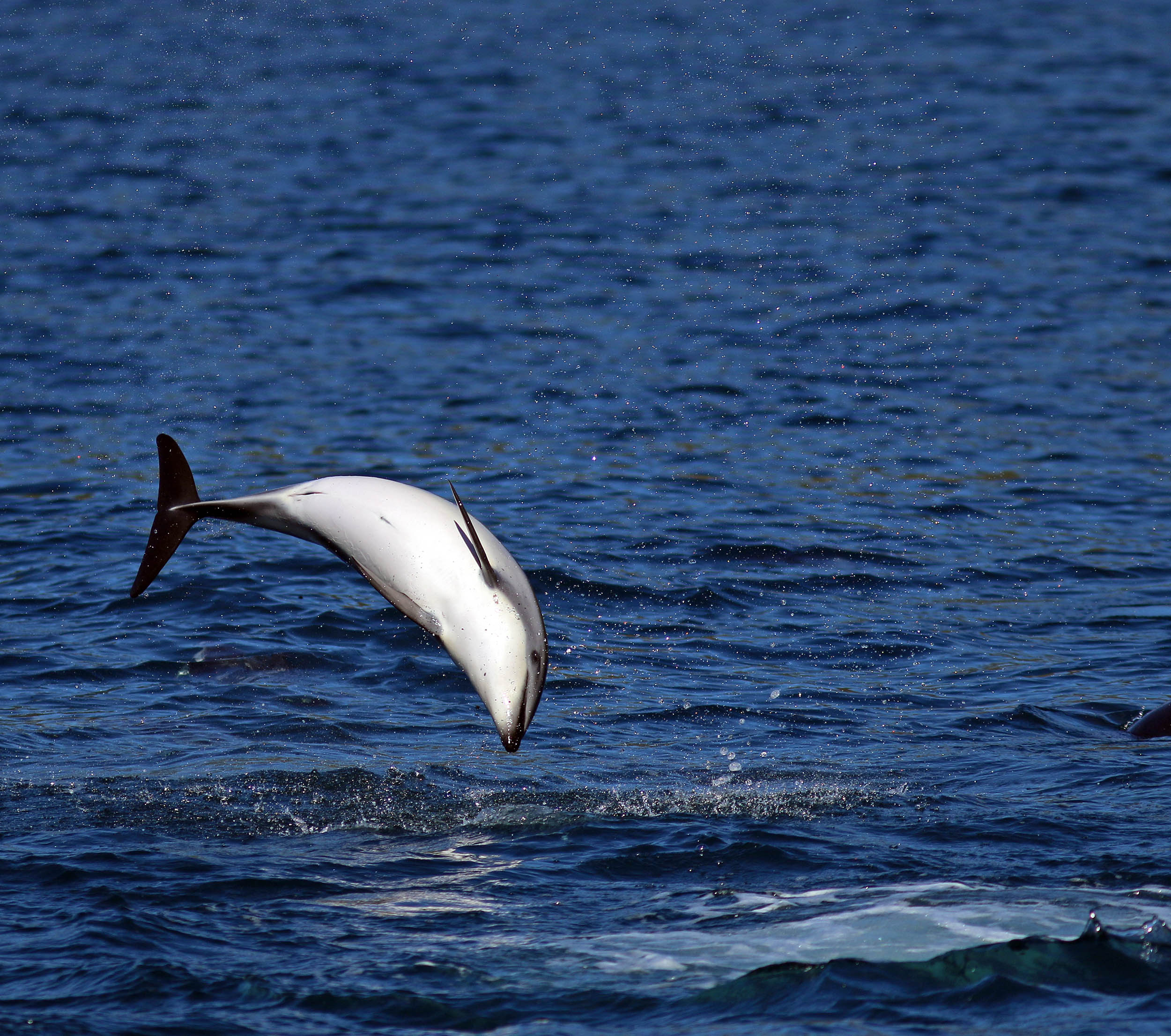 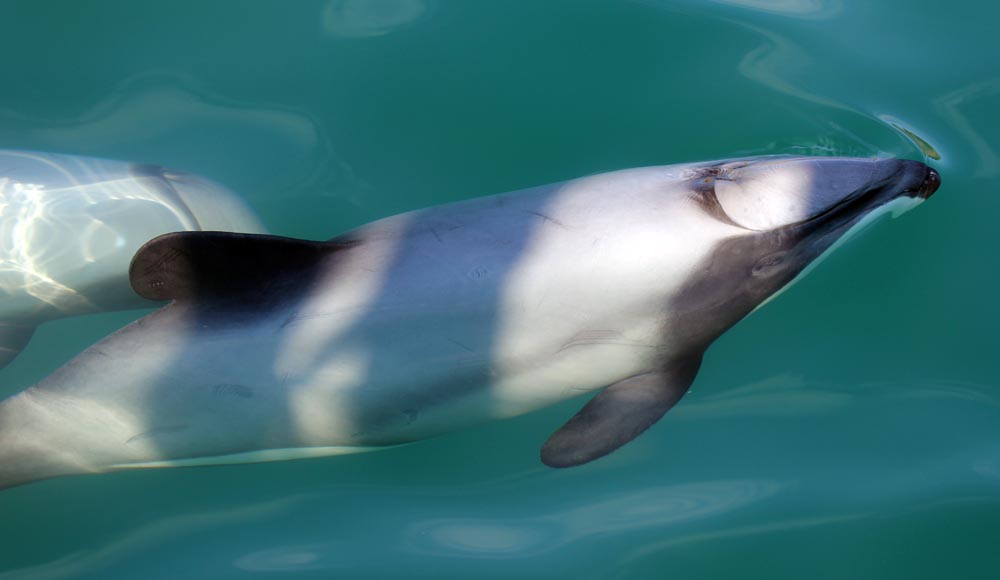 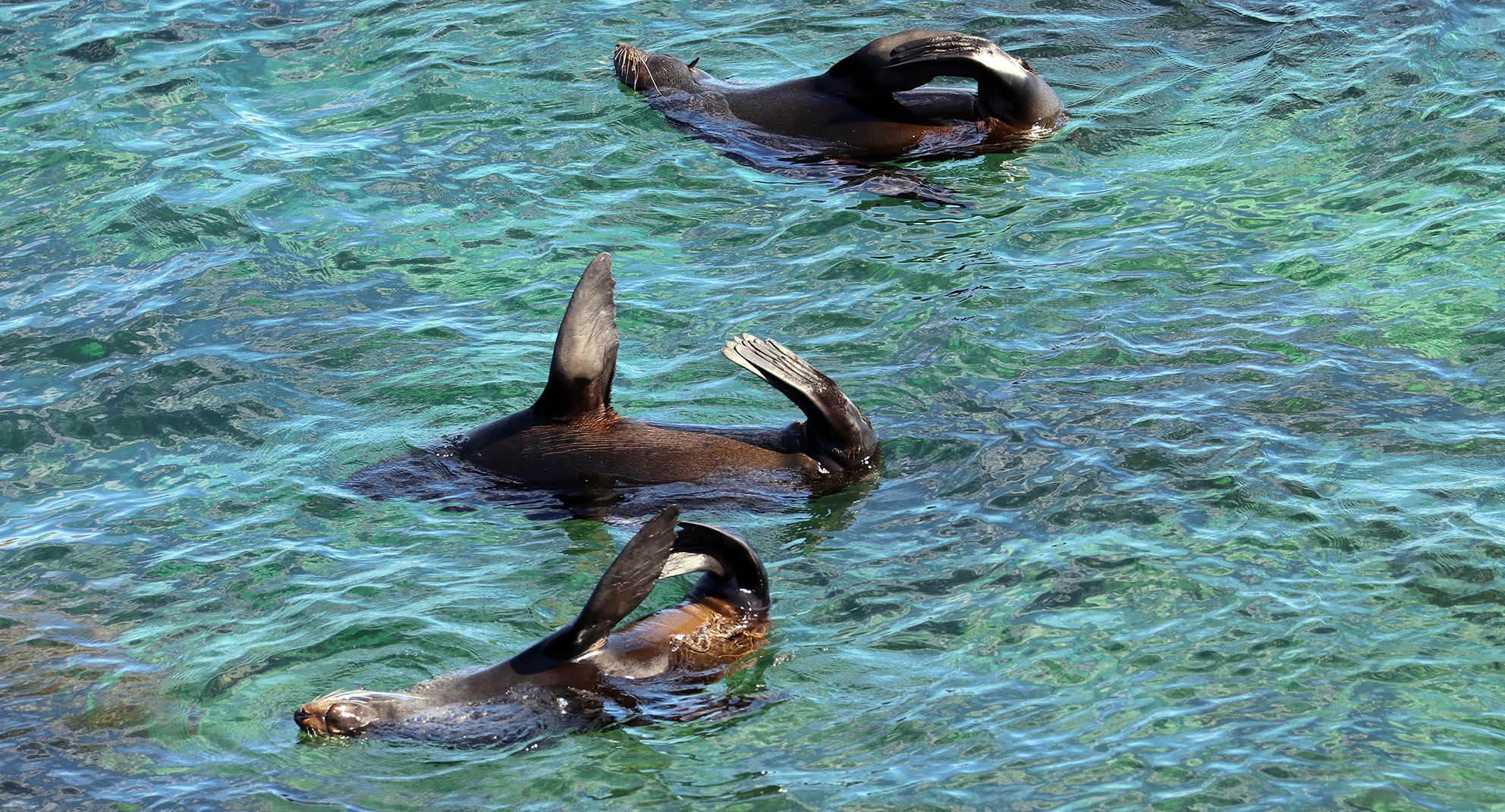 New Zealand Fur Seals often expose their flippers to the sun to warm up.

New Zealand has great coastline and rich temperate waters to explore. The seas off Kaikoura are incredibly rich with life, due to a drop off close to the coast. There is an interesting window into the underwater world through the Milford Sound Underwater Observatory. The rarely visited Snares Islands are south of Stewart island off the South Island, New Zealand.