A Japanese island covered in rainforest...

I have visited this island three times.

Yakushima is a large mountainous island in southern Japan. The island is some 505 square kilometres. The geology is mainly granitic, with large rounded boulders in the rivers and inselbergs poking out on the peaks and ridges. There are some 45 mountain peaks, including the tallest peak in all of southern Japan, Mt. Miyanoura, at almost 2000 metres. 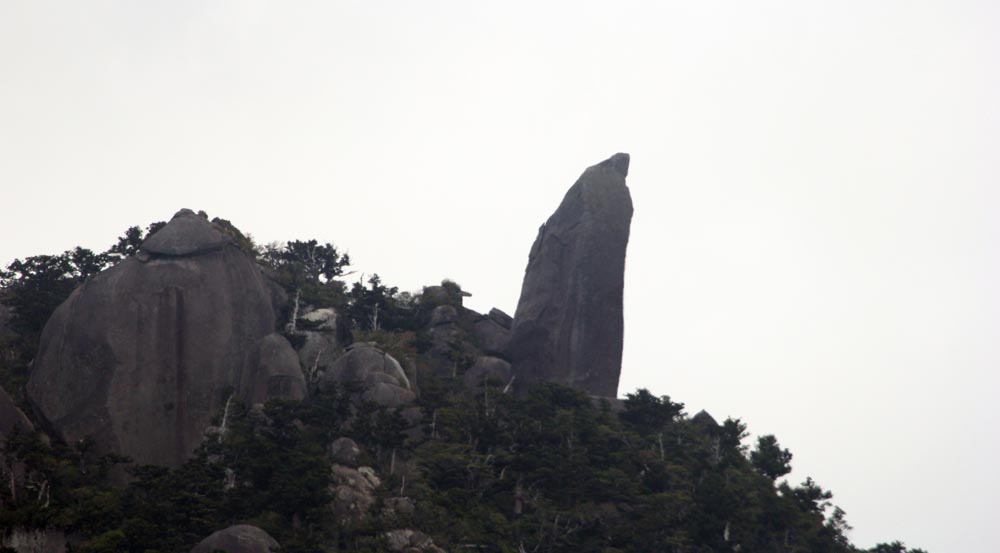 The island is covered in decidious forest; in fact 95% of the island is owned by the State Forestry. Some of this is accessible by road and walking trails.. 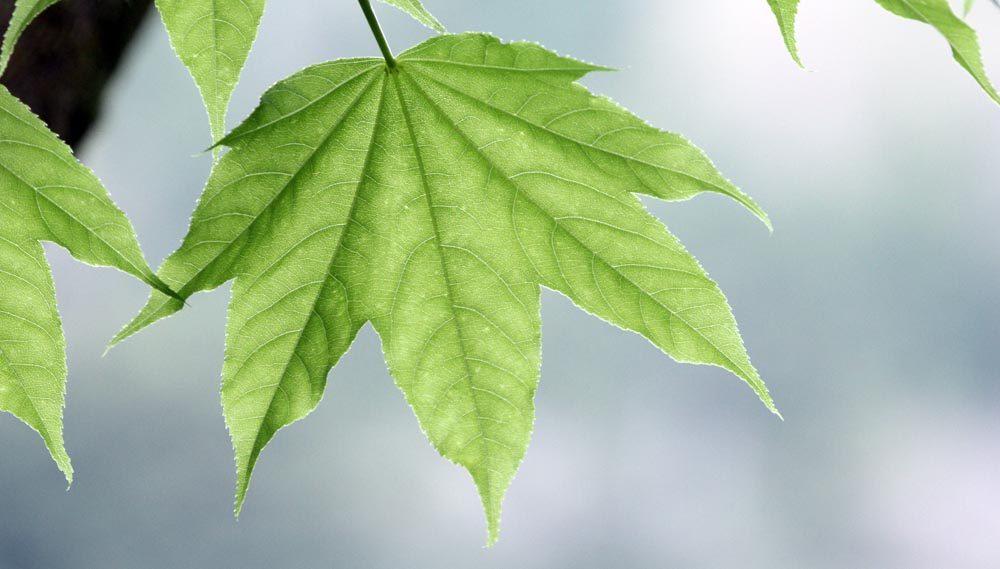 The forest here is very impressive. It includes some 1900 species, including large specimens of Japanese Cedar trees, the larger individuals of which are thousands of years old and even have names. There are also flowers. When I was there in spring of 2013, the flowering activity included: Camelia japanonica. and the distinctive and endemic 'Japanese Jack in the Pulpit': Arisaema sikokianum. 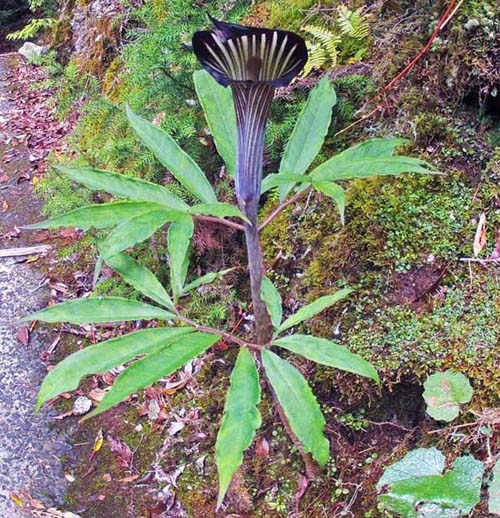 The walks in the park cross bridges over rivers, offering scenic views of the steep waterways. 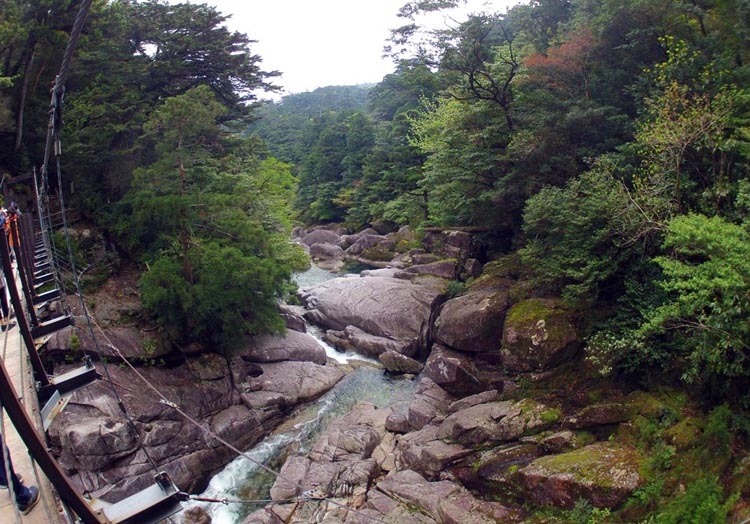 Japan's most common mammals are a deer and a monkey. Both can often be seen on the winding drive up to and through the forested hills of Yakushima. The monkey is the Japanese Macaque. This species is the most northerly naturally occuring primate in the world, (after humans of course). It is endemic to Japan, and the only naturally occurring primate in the country. It is the same species as the iconic 'Snow Monkeys' that sit in the hot pools further north in Japan. The population that live on this island is a subspecies. 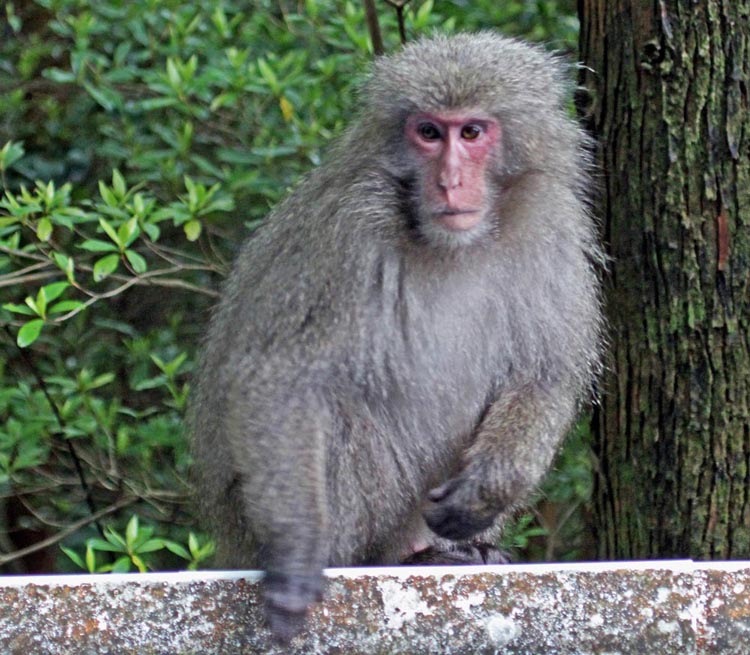 The deer is the Sika Deer, the same species as found in mainland temperate Asia. It is smaller than it's mainland variations; some suggest that this is due to lack of predators, such as bear, found further north in Japan. This is also an island subspecies of the wider spread species. 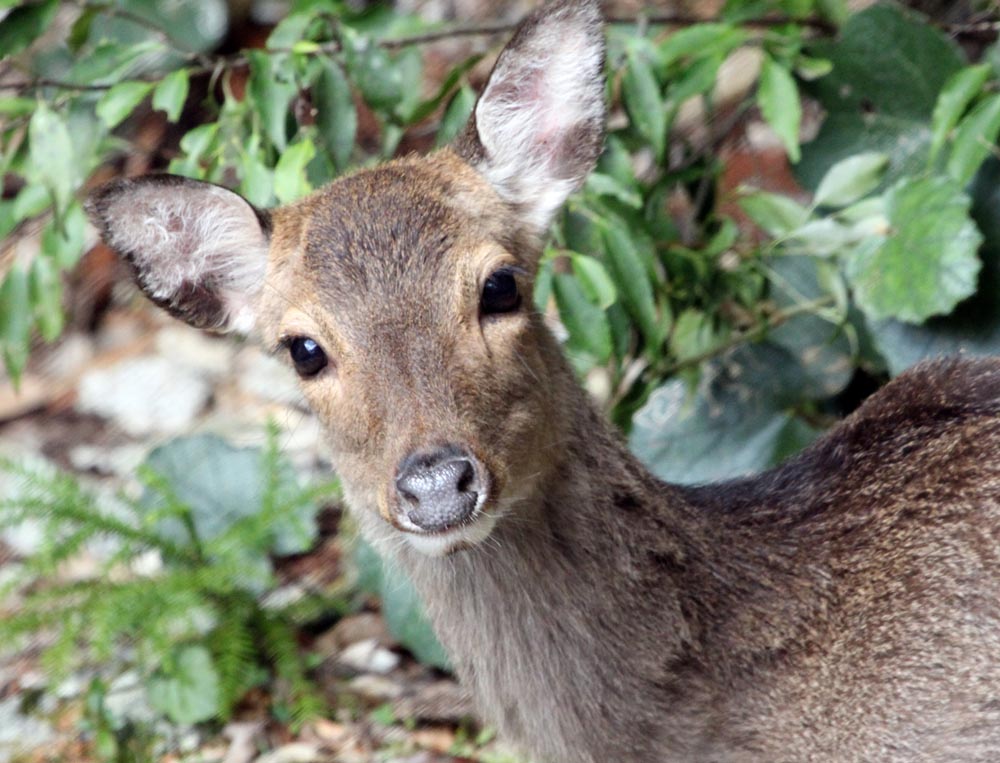 The birds in the forest include wider spread species typical of Nearctic forests, as well as Japanese endemics. Of the latter, the tiny yellow Japanese white eyes are common in the canopy. Lower down can be seen the striking contrast colours of the Varied Tit. 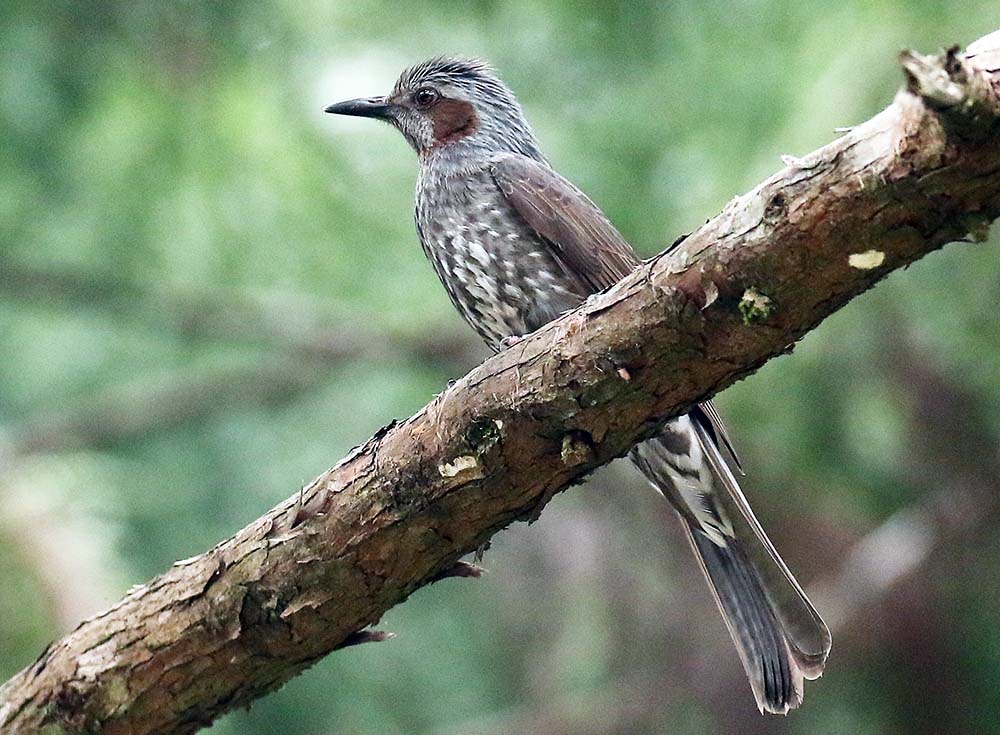