I visited this area in November 2014.

This is a national park just 20 minutes drive from the capital of Suva. And just outside of the national park is a very pleasant lodge called the Colo-i-Suva Rainforest Eco Resort.

Unfortunately the international airport is not located in the big city of Suva, but instead in the tourist town of Nadi! (pronoiunced nandi). This is about 4 hours drive away. Luckily, it is a very scenic and interesting drive between Nadi and Suva. The road follows the coastline with views out to sea and many hotels and restaurants to stop at on the way. 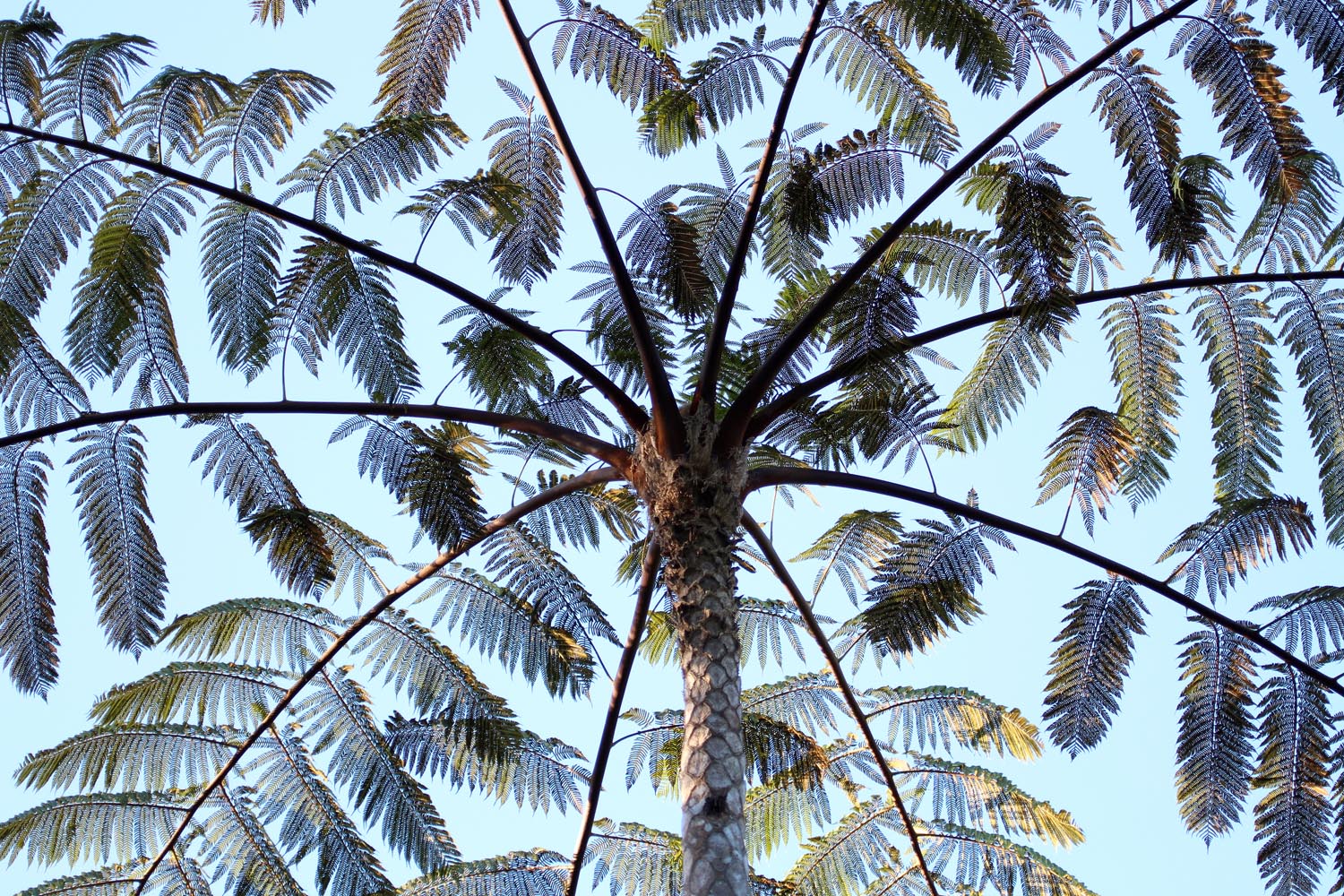 There are at least 12 species of 'Balabala' or Tree Ferns, in the Fijian rainforest (Damon Ramsey)

Below is the view of the lake from the restaurant... 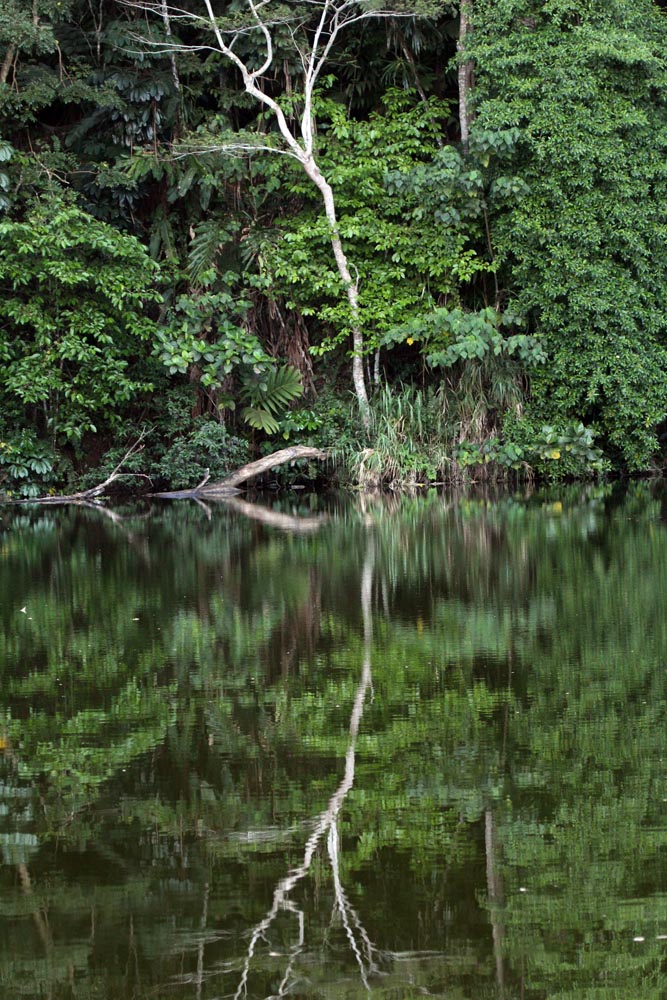 Sitting by the lake for a meal is very pleasant, both for the food, quiet ambience, and also wildlife.

There are fish (Tilapia?), feral Mynahs of course, but also KIngfishers feeding and swiftlets catching and splashing across the lake surface.

things to do and wildlife to be seen....

This is a very small area, so there is a limited amount to do, but it can fill up a few nice days. The lodge and grounds include a large lake, but the only walking is between rooms and the restaurant and the pool. However, on these very short strolls you can often spot native parrots, pigeons, and honeyeaters.

The National park itself is just a few hundred metres away, down the main road. It is a couple of US dollars for entry, and there is a nice range of walking tracks that make up a circuit track... 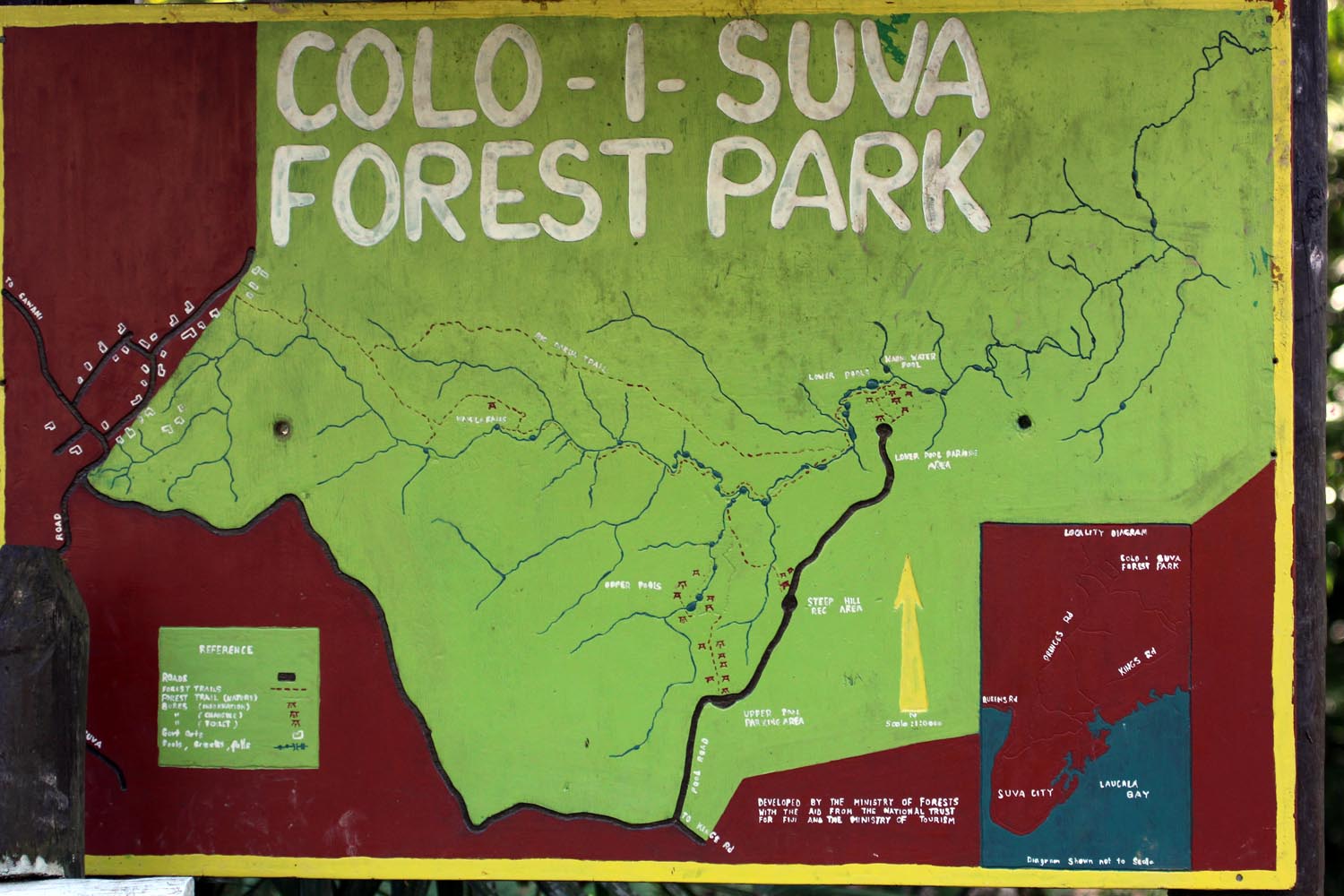 the sign of walking tracks in Colo-I-Suva national park

The national park is made up of one main dirt road, and a network of several walking trails that lead down from the road to the creek system.

There are no walking sheet handouts at the start of the trail at the park entrance, but there is a map and you can take a photo of it, just in case,  although you can't get too lost for too long.

You are supposed to pay the entry fee at one of the huts along the road, but if you hang around the entry side for a few minutes, one of the rangers will probably run out and collect it from you.

In the morning I guess it is probably best do the more open road trail, then the forest return for shade as it gets warmer, and vice versa in the afternoon.

I guess once you have done the walk twice this way, you have seen the park!.

On the National Park trail there were numerous Fiji Goshawk...I also saw a group of shining parrots near the creek, they are large, almost cockatoo size (I also saw them around the lodge)...Wattled Honeyeaters are quite common and noisy around the lodge... 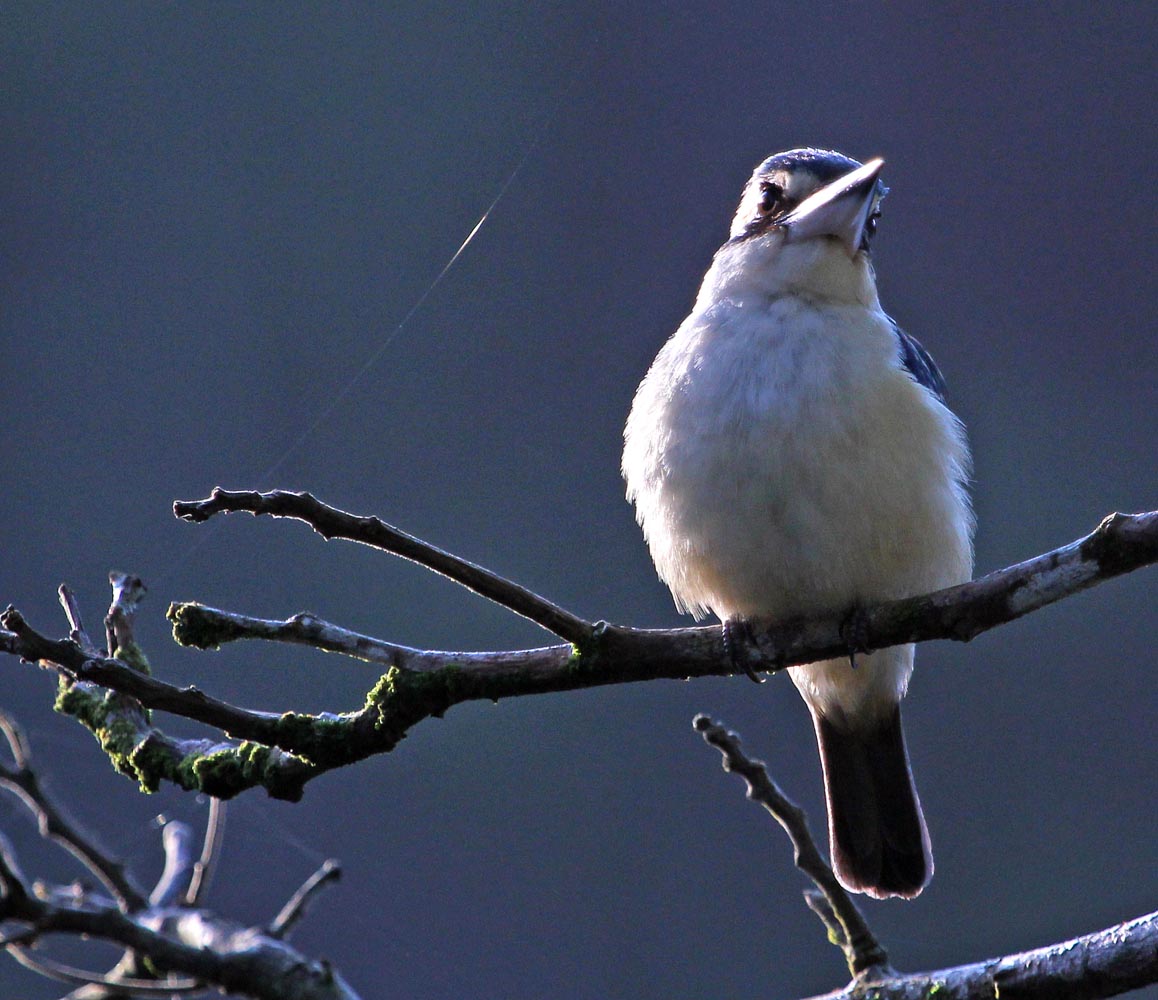 kingfisher at the lake

The introduced 'Red-vented Bulbul' is also common. But by far the most common birds around the lodge are the 'Common Mynah' and the 'Jungle Mynah'. This is a shame, as they are introduced, despite how pretty they are (and photogenic). However, deeper into the forest in the national park, the birds are less common.