You can get to Subic bay from Manila or Angeles, the latter is from where most guys go. To explore the rainforest properly, you really need your own transport.

There are overseas based bird-watching tours that include Subic Bay in their itineraries. But if you want to explore the area by yourself and with some freedom, there is no way around it, you need your own private transport.

A lot of the options that were once here for nature and birdwatching have disappeared. Unfortunately, the local tourism industry doesn’t seem to recognise the possibilities here, and have not kept or developed things.

The Botanical Gardens is very overgrown.

The mangrove walk (at the - unmanned - gate onto the coastal road into the rainforest) is closed. It might be open in the non-monsoon season.

One of the highlights of the area are the wild bats. One of the highlights of the area are the bat colonies. The main groups are located near the airport. Follow the road out of Subic and out to the airport. Drive along the coast road with the ocean and airport on your right. Keep going and around the corner on the left will be hundreds of bats hanging from defoliated trees. When I was there in 2016 there was a sign there reminding locals not to throw things at the flying fox, but that sign may have fallen over by the time you get there. Most of the locals know where they are.  There are usually two main species here. The species with the uniformly darker wings and orange back is the 'Large Flying Fox' Pteropus vampyrus,a widespread species throughout Asia. It is also thought to be have the largest wingspan of any bat in the world.  The other species is the 'Giant Golden-crowned Flying Fox' Acerodon jubatus. This is the heaviest flying fox in the world.  It has an orange cap. So this one large colony has the biggest and the heaviest bats in the world.

Kamana Spa is probably the most central option. It is an upmarket hotel, so it is pricey compared to most cheaper Philippines hotels, starting at about U$200 a day. The food in the restaurant is also subsequently more expensive. But it is nice.

Actually not too bad a list, but it was slow going, and hardly any good light or looks for decent photographs! You can also spotlight along this road, and there are always some small critters around... 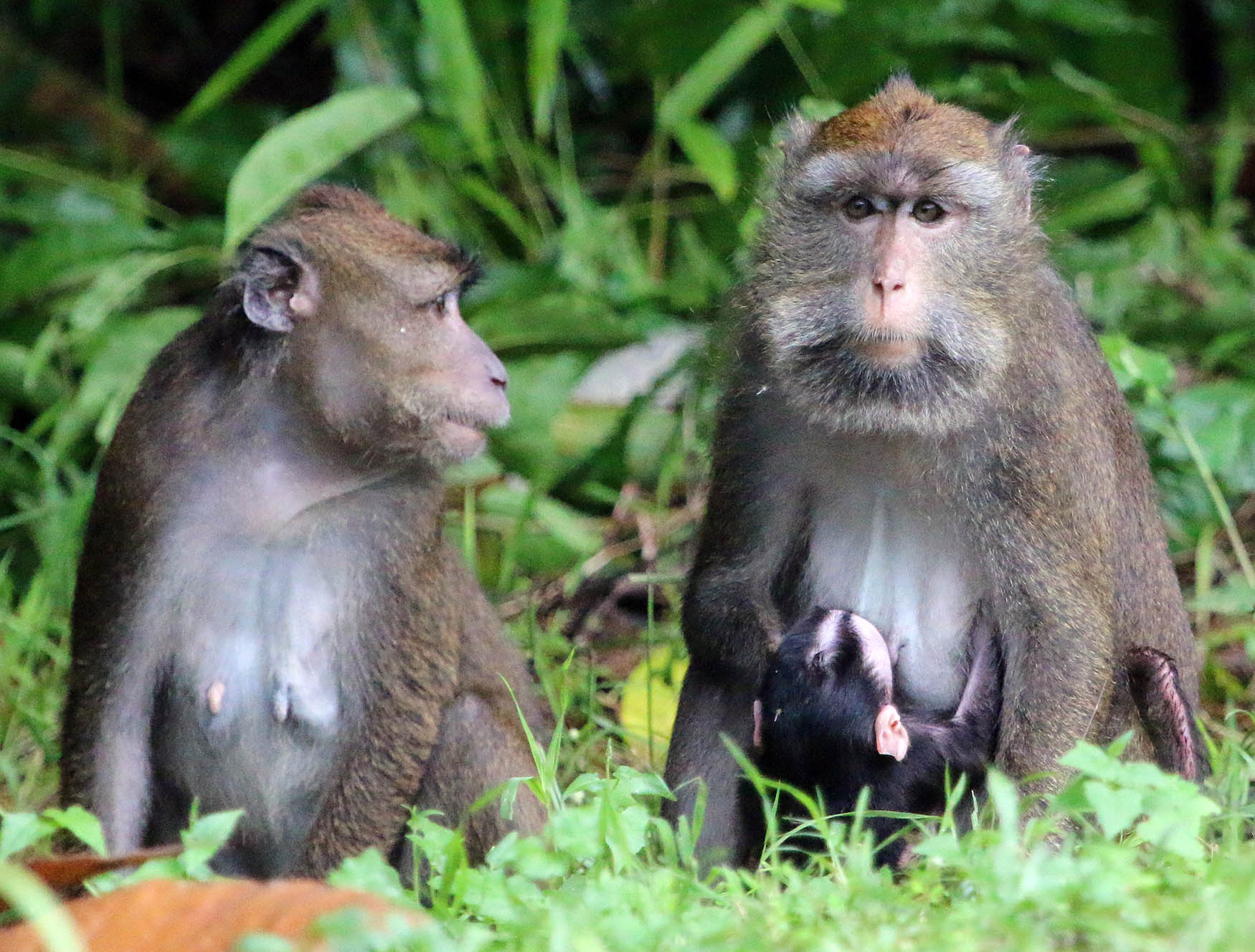