I have been fortunate enough to get out the 'ribbon reefs' many times as a biologist guide and trip director, mainly on board Coral Princess. The ribbon reefs are my favourite snorkeling spots in Australia.

why the ribbon reefs...?

The Great Barrier Reef off the Queensland coast of Australia is the biggest reef in the world. That doesn't mean every part of it is 'great'. Despite the 'first world' conservation methods and management, a huge amount of urban and agricultural development continues along the coast. Australians like to have their big house, kids, car and dog; and this means increased run off and pollution (far more per person that in most tropical countries). This, combined with rivers and a shallow continental shelf, means inner reefs have increasingly murky waters.

So for clear water and pretty colours you really want to get out to the deeper water further away to get to the clear waters and colourful coral. There are several of these reefs and they run along the edge, just before the shallow continental shelf (about 30 metres) drops off to thousands of metres. On charts they are numbered in order as they run along parallel to the coast, such as "Ribbon Reef no.9". There are also some named reefs in this complex, such as 'Rachael Carson', (after the 'silent spring' activist). 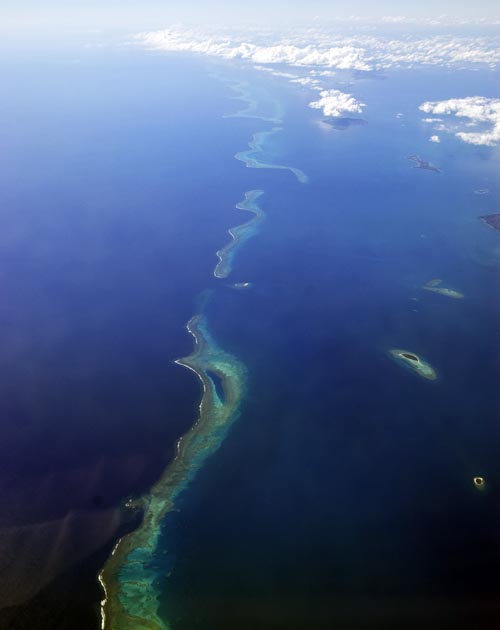 There are several ways to get out to the ribbon reefs. Generally, boats need to be 'overnighters' to get there, rather than day trips. I think the best way to do it at the moment is Coral Princess, on her northern 'Lizard island' run, where they nromally spend a day and half on the outer reefs. Have fun!