Biogeographical regions
of the world

The biogeographical regions of the world that this website is based on... 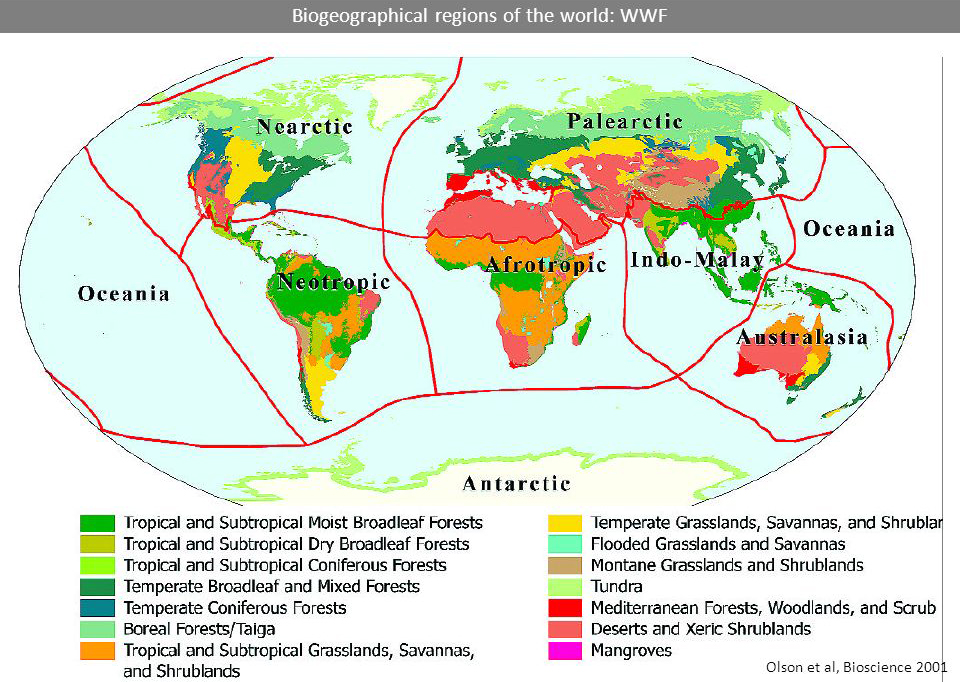 The above map shows the more or less 'classic' biogeographical regions of the world. This one is based more on fauna than flora.

There are variations, including some smaller areas within the zones that are sometimes considered their own biogeographical region. For this website I have included two of these; the Madagascan region (which includes western Indian Ocean islands), and the Wallacean region. The former is so obviously distinct with the majority of animal and plant species being endemic. The latter is a transition zone between Australasia and Indo-Malayan life, with elements of both, and a large percentage of endemics.

I have also followed this above map for many of the definitions and labels of biomes. For example; "Tropical Moist Broadleaf Forests" for tropical rainforest.

The classic biogeographical regions do not take into account the majority of the planet; the marine areas! There have been many attempts at classifying the world's oceans. Given the ability of marine organisms to disperse widely, I am keeping it broad in the tropics and the northern and southern polar regions, and more specific in the northern and southern temperate areas.