I visited this island numerous times as an expedition team member on various ships. I have been lucky enough to swim, photograph and film in the lake and on the reef..

Kakaban Island is located between Borneo and Sulawesi, Indonesia. 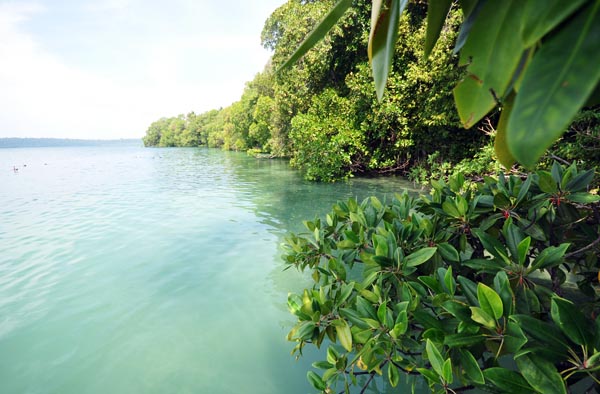 It has good coral reef, with a very dramatic drop off; however, at some times of the year it has a floating layer of rubbish.

﻿But it's best feature is the lake, which dominates the centre of the low lying island, and which contains jellyfish. This lake is mostly isolated from the surrounding ocean. Thus, thousands (millions?) of jellyfish float around safe from open water predators. There are at least 4 species of jellyfish in the lake.﻿ 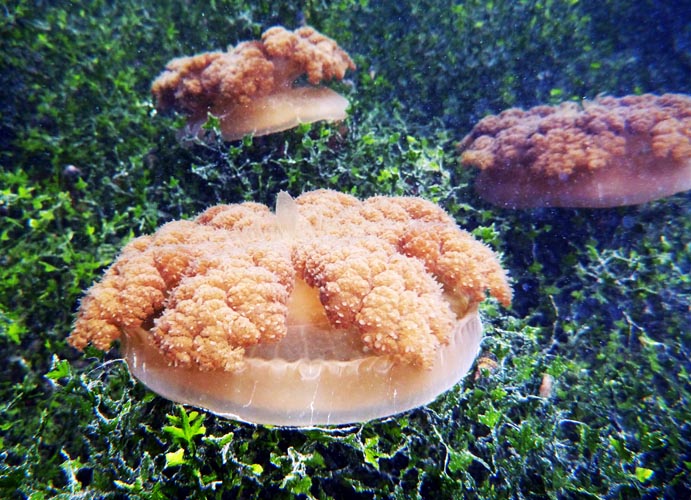 the Upside Down Jellyfish (Damon Ramsey)

It has been suggested that because the jellyfish have been without the threat of serious predation for so long, they have lost their ability to sting. However, from my personal experience, they do sting a little bit, but not much. And the experience of swimming through clouds of jellyfish is just amazing... 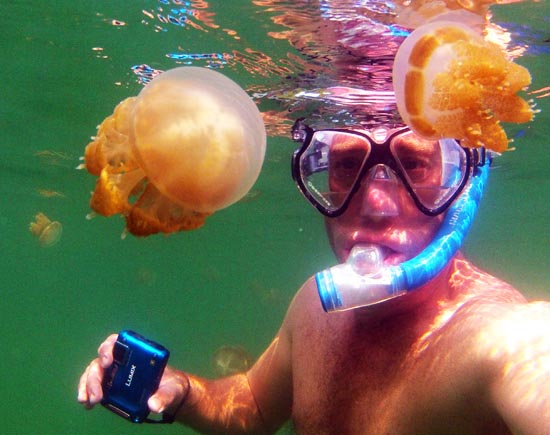 swimming through clouds of jellyfish is an amazing experience...