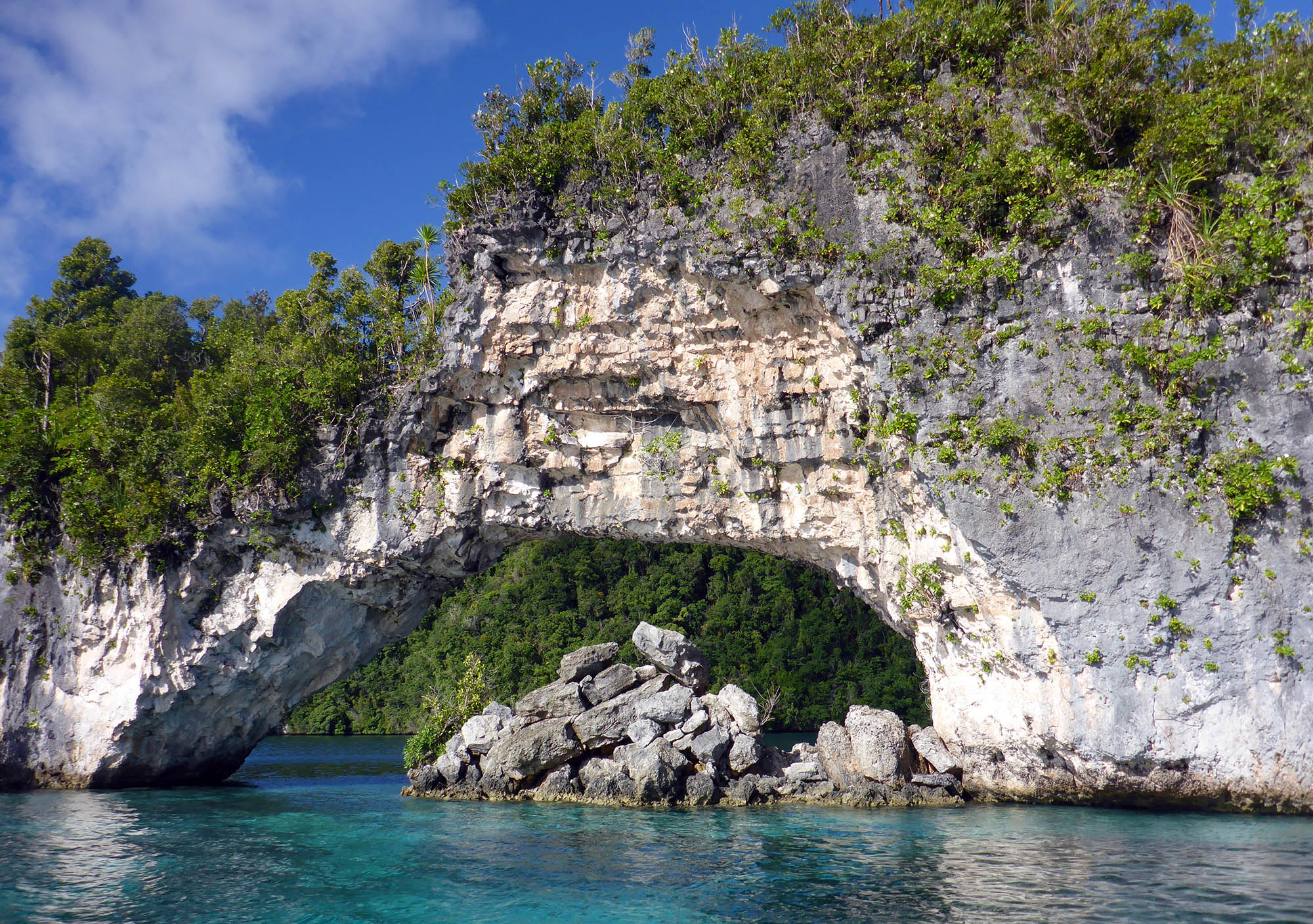 Beautiful Palau claims to have 84% of it's rainforest cover still intact....

There are some interesting birds to be seen around Palau.  First, there are many seabirds to be seen easily in and around the islands and waters. They include white-tailed Tropicbird, Bridled Tern, White-capped (Black) Noddy, White (Fairy) Tern, and Black-naped Tern. The land based birds include many species endemic to Micronesia: Micronesia Starling, and Micronesia Myzomela.

There are some interesting reptiles. Most of the ones I saw were widespread species, including Hawksbill Turtle, and Yellow-lipped Sea Krait.

Palau is a tiny country in the middle of nowhere!  There are flights, but they will always go via somewhere else, and it is a long way to go. Be aware that the jellyfish lake is still closed (as of 2018). Some of the expedition ships, such as Silver Discoverer (with Silver Sea) go there. That is who I went with, as a guide/lecturer.