Millipedes and Centipedes are long with many legs. Millipedes are generally slower, and feed on decaying vegetation. Centipedes can be much faster, and often predate on other invertebrates. The latter can have painful bites, while the former have chemical defences. Millipedes tend to roll into a defensive ball when touched; centipedes shouldn't be touched!

Centipedes appear to have one leg per segment (on either side). 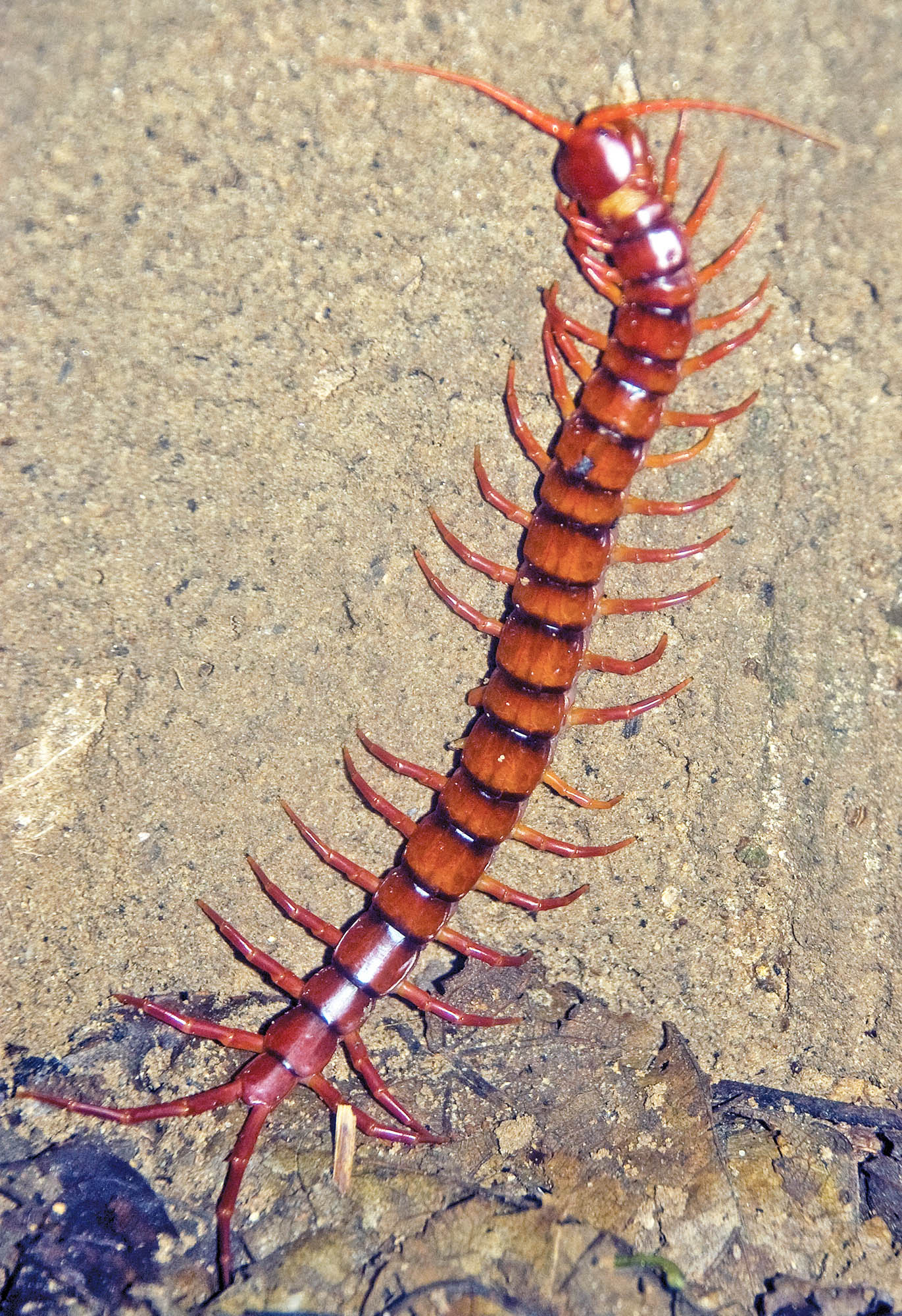 These centipedes contain 21 or 23 body segments. They can sometimes be seen in tropical forests around the world, and are fast and long. They are often reddish or orange in colour. They have been known to give painful bites, and have even resulted in death.

A scientist who studies millipedes is called a diplopodologist!

Millipedes appear to have two legs per segment. 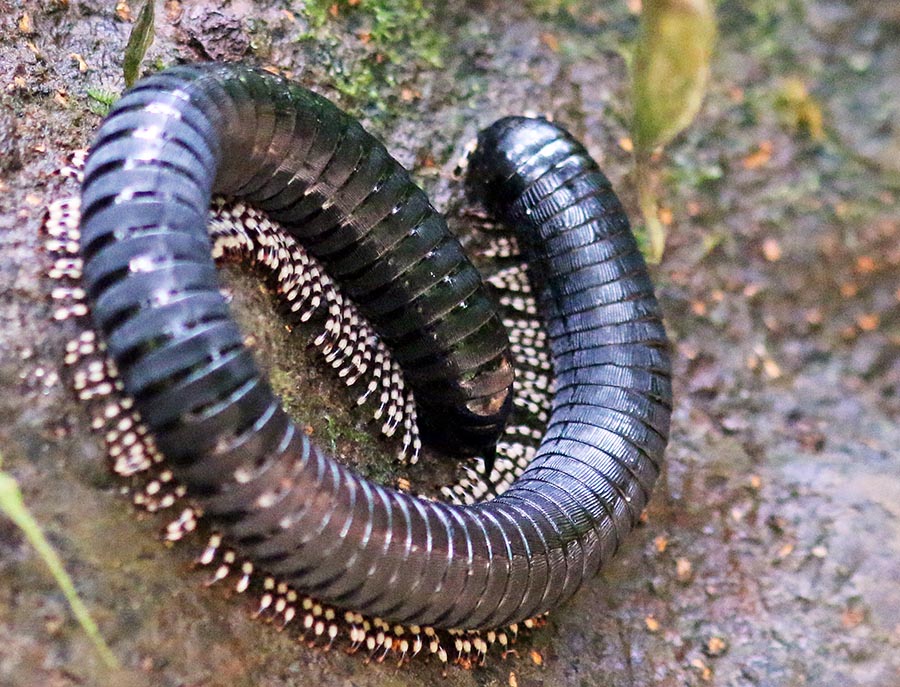 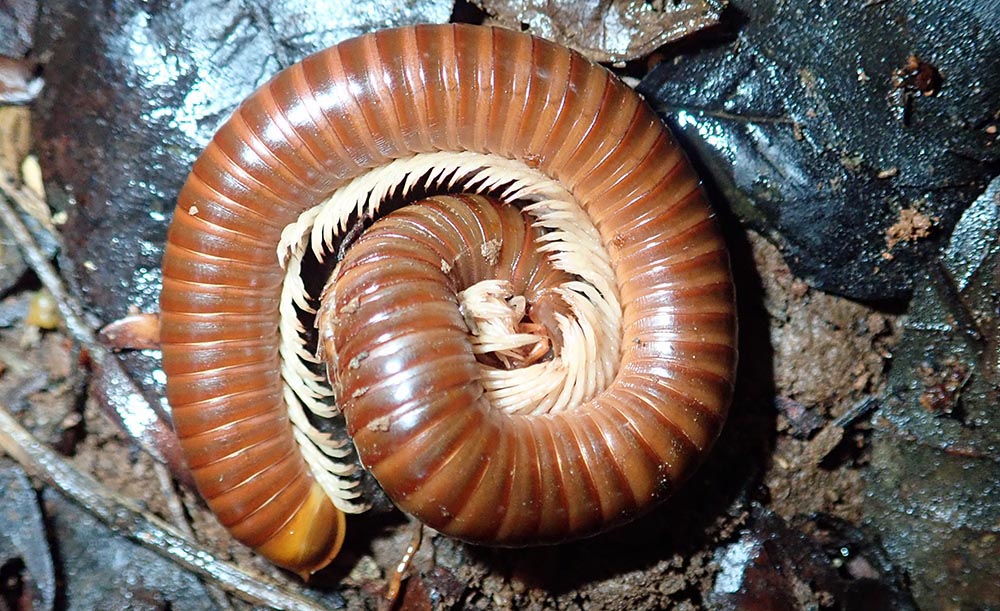 When harassed, Millipedes tend to curl up.

These millipedes are found in some parts of the old world tropics, from Madagascar, to India, through tropical Asia, and to Australia and New Zealand. They are often large, and roll into a tight hard ball. 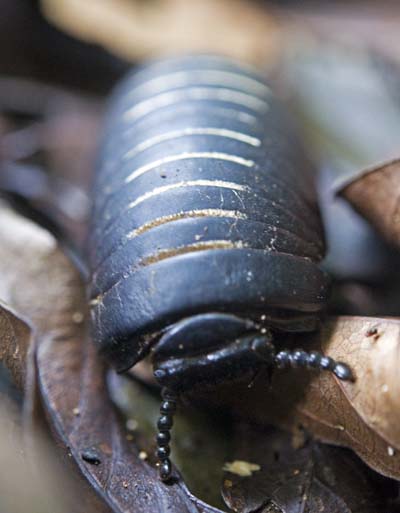 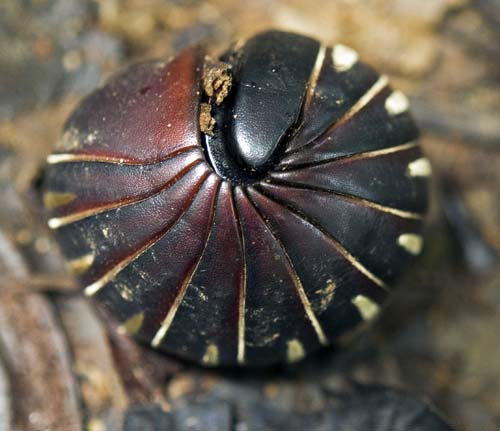 When a giant pill millipede roll curls up, they create a tight ball immune to most predators, with the margins of the second and last dorsal plates fitting perfectly into one another.

This is the largest order of millipedes in the world, with over 3,500 species. They are called 'flat-backed', because their segments have a winged extension known as paranota. This group includes the species that defend themselves with hydrogen cyanide.

'Flat-backed Millipede'. This species looks like a centipede (and there are red centipedes in Asia to be wary of); but note the two legs per segment.