Not quite animals, not really plants....

The ‘forams’ are single-celled 'animals' that live mainly in marine habitats. They are mostly found on the seafloor, with some attaching to seaweeds, but some may float as part of the plankton. It produces a shell of calcium carbonate, much as mollusc seashells and many other unrelated marine animals do. This is called the test, and part of the body is inside the shell, and part is outside. In the context of the tropical seashore, they are usually only noticed when the hard remains of larger species are washed onto the beach. They can be very common in certain areas, but because they are small, they generally go unnoticed. In some areas of ocean floor and even some tropical beaches, their remains constitute most of the sediment. Their shells have a range of different shapes, but the more commonly seen larger ones are usually circular. Species of Marginpora can be up to a centimetre or more in size and be common in tropical beach sand. They often have the middle worn away first, leaving a small hole. These shells are then made into necklaces. 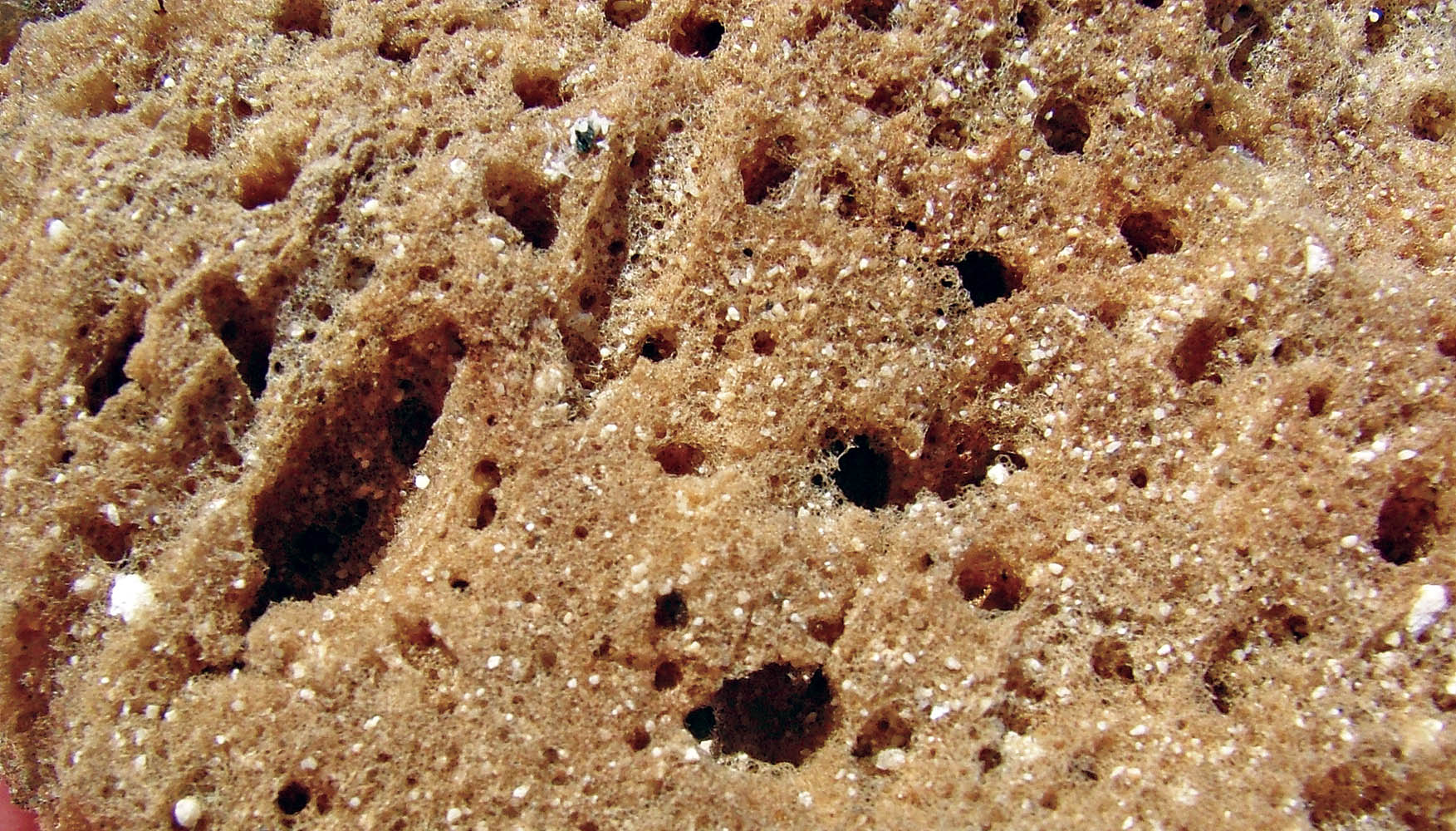 Spongy material often washes up on the tropical seashore. This is usually the dead and bleached skeletal remains of a very simple animal known as a sponge. They have what is often considered the most basic body plan of all the multi-cellular animals. They are sedentary as adults, and resemble plants in their simplicity and adherence to the substrate. Because of their simplicity and stillness, they were originally classified as a plant, and were only recognized as an animal in 1765 when their internal water currents were noticed. 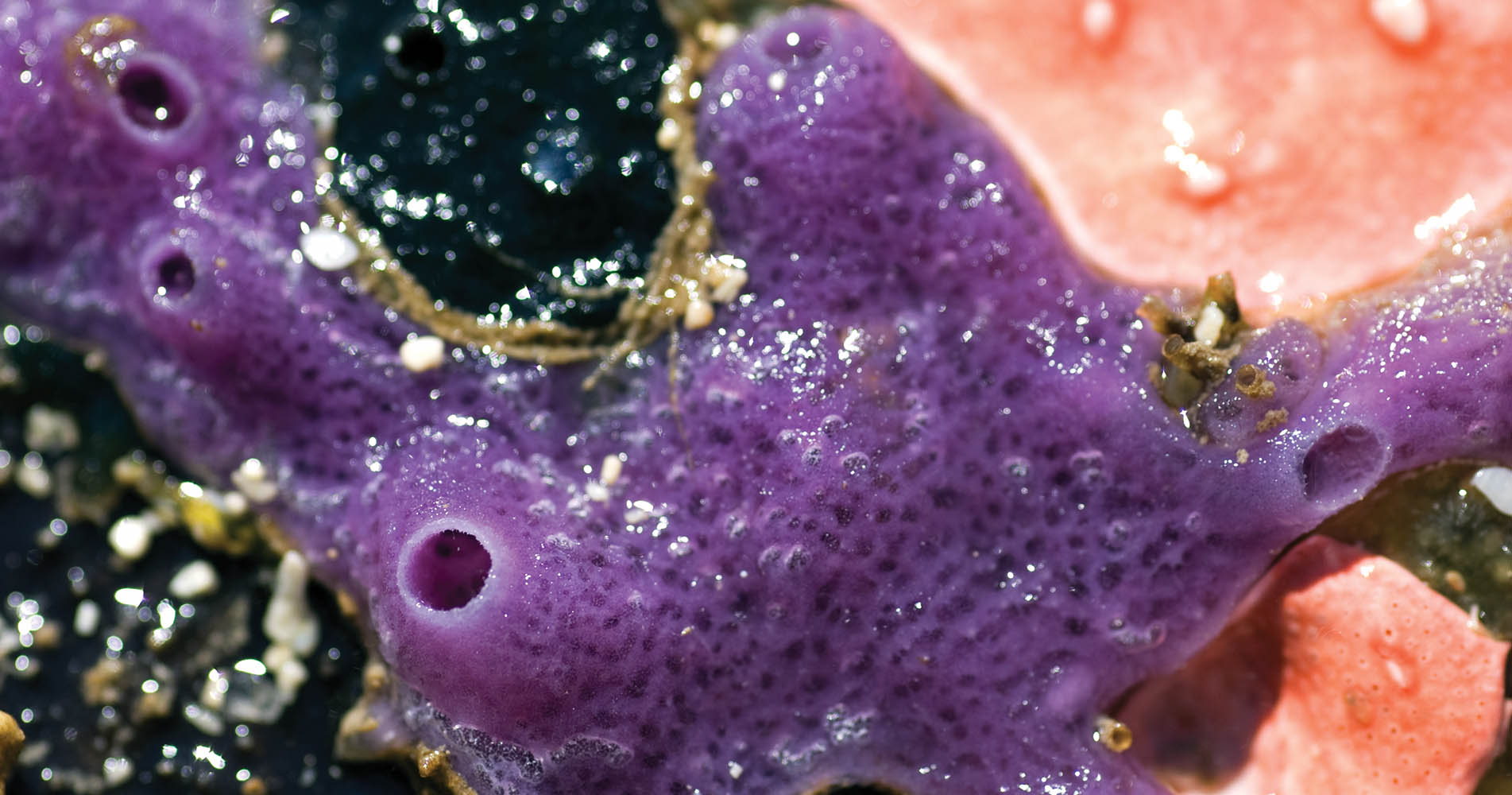 They vary in form, with some species growing distinctly shaped structures that look like balls, large cups or funnels, or they may simply grow as encrusting layers. Many of the tropical sponges, especially on coral reefs, can be quite colourful. 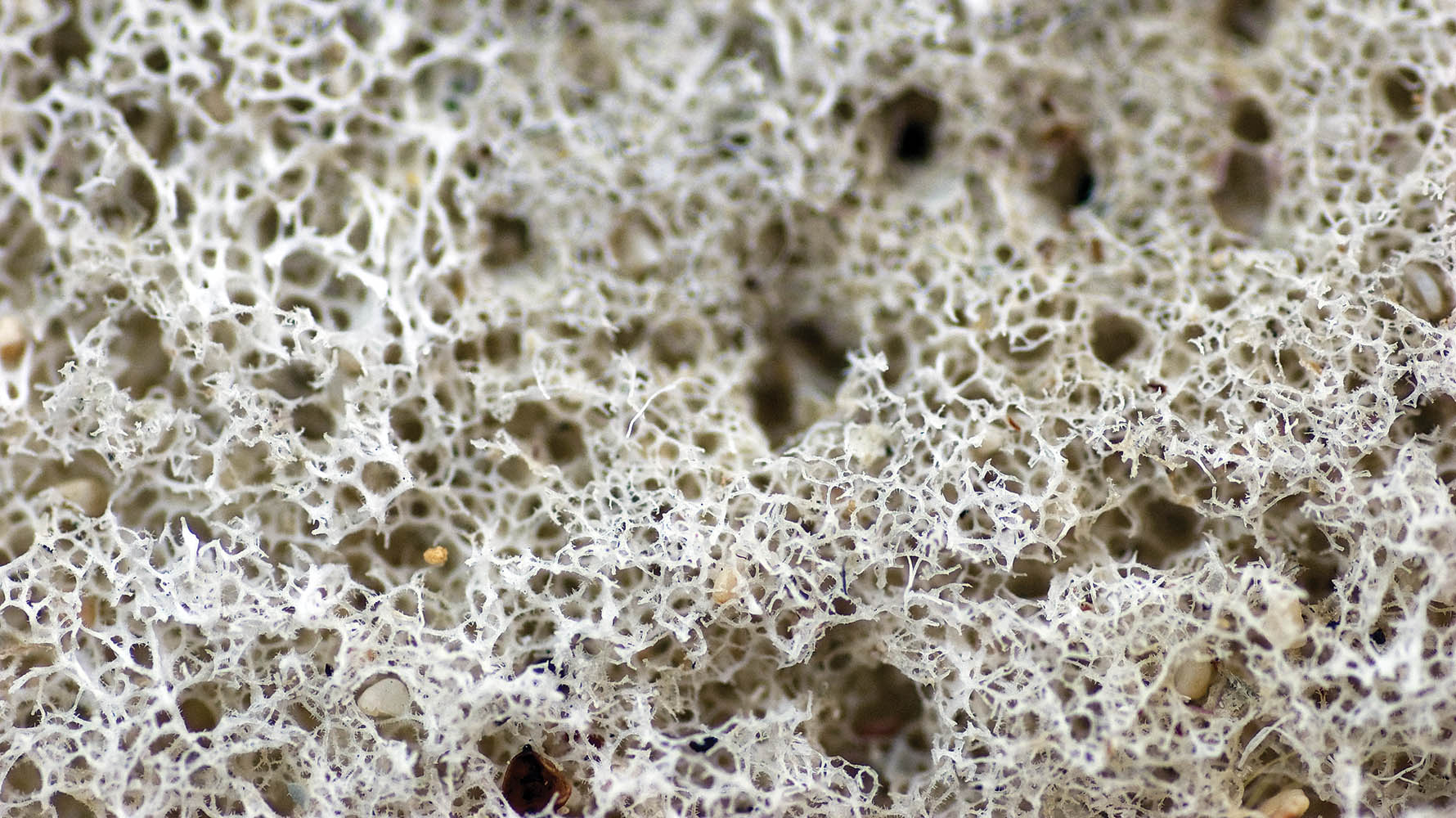 The skeleton of the sponge is usually made up of a fibrous protein material called spongin, stiffened by silica or calcium based spicules. This flexible yet stiff tissue of sponges is exploited by humans for cleaning of their skin, and these animals are of course the original cleaning ‘sponge’. They then became the basis for today’s ubiquitous sponges for cleaning humans and surfaces. 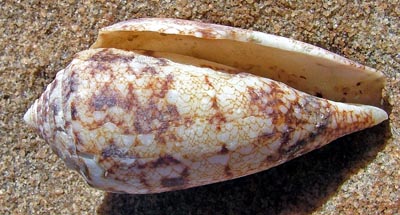 Conus textile, 'Cone Shell'. Dangerous! Do not pick up! Found throughout tropical Indo-pacific.

The crabs in this family have a squarish body shape and are usually small to medium in size. They get their common name from the fact that their close set eyes are located on large and/or long stalks. These stalks can be laid down flat in grooves, or held erect. These types of crabs are quite common inhabitants of tropical shores and mangroves.

‘Ghost crabs’ are medium-sized crabs that are usually sandy coloured to blend in with their favoured habitats. They are evidenced in an area by their large round burrows in the sand. They are only occasionally seen during the day, They are more nocturnal in habit, and can often be seen on tropical shores at night by torchlight. When seen, they can run sideways along the sand at incredible speed, and will often run into the waves or into their burrow. They are scavengers and predators, including feeding on turtle hatchlings and other crabs. The most commonly seen species across the tropical and east coast of Australia is Ocypode cordimana, which is a very light sand colour, almost translucent. The most distinct species is Ocypode ceratophthalma ’Horn-eyed ghost crab’, usually a darker crab that has distinctive horns on its eye stalks as an adult.

Ocypode convexa, 'Golden Ghost Crab'. One of the biggest and most striking of the Ghost Crabs. Endemic to western coast of Australia, from Broome to Perth. Only commonly seen along the more pristine beaches (for example: where there are not cars driving along the sand, as they crush them in their burrows). 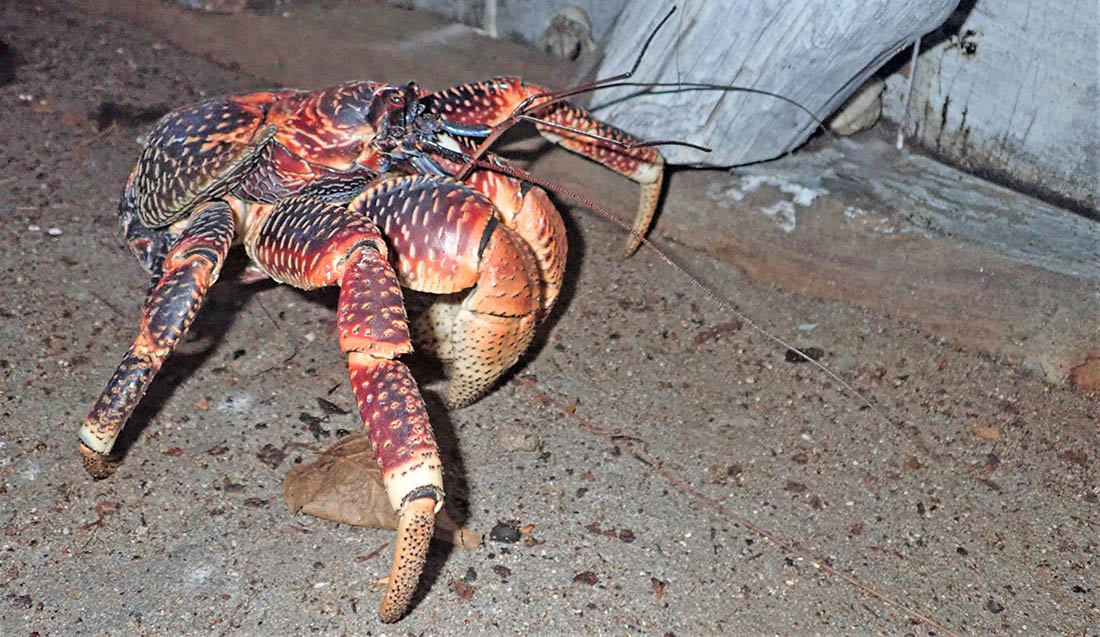 Birgus latro, 'Coconut Crab', 'Robber Crab'. The largest land invertebrate on the planet! Today, they are only normally found on islands where there are no people.