When seen in and around Australian coasts, most sandpipers are in their drab non-breeding colours, and at this time, many of the species look similar. But after some (close) study, there are small differences that aid in identifying species.

Actitus hypoleucos, 'Common Sandpiper'. Small, with curve of white into shoulder. Displays distinctive bobbing up and down movement. Regularly seen across Old World Tropics, including in mangroves in northern Australia during the non-breeding season. During the breeding season it flies north to Eurasia for the northern summer. Unlike many other similar looking waders, when it is feeding out of the breeding season in northern Australia, it is often seen in the vegetation in mangroves rather than in the open mudflats and beaches, and it is usually in it's own small species groups. 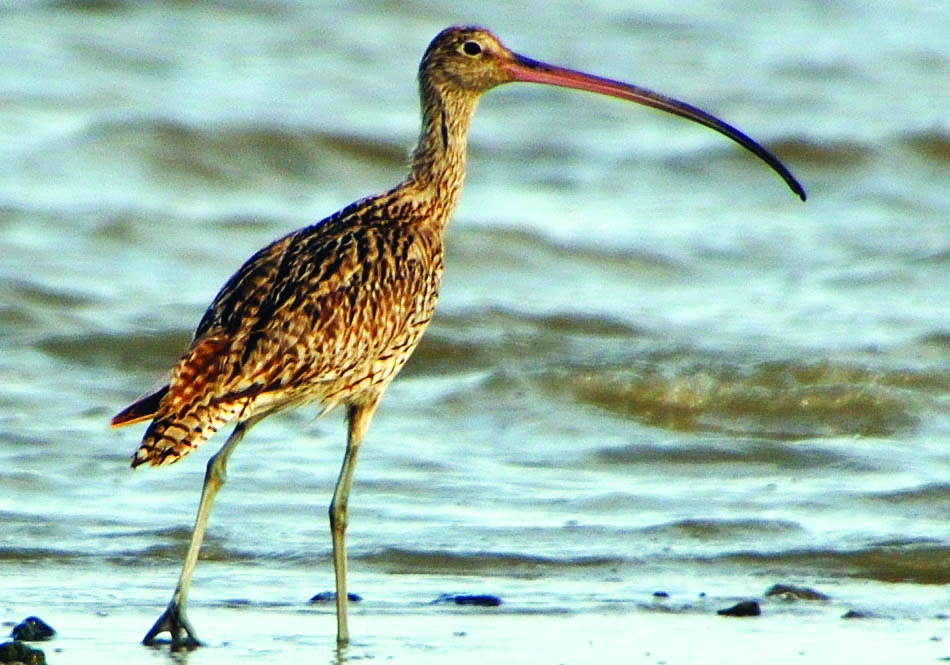 Numenius madagascariensis, 'Far Eastern Curlew'. Similar looking to Whimbrel, but this species has a much longer bill. 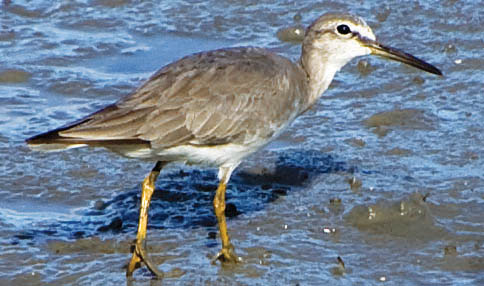 Tringa brevipes , 'Grey-tailed Tattler'. Tattlers have relatively straight bills, and a stripe appears to continue from the bill and across the face to the eye. Breed in Siberia in northern summer and 'winter' in tropical Asia and Australia.

Tringa nebularia, 'Commom Greenshank'. Slightly more upright, paler wader, with a bill that appears to be slightly up-turned. As names suggest, the legs are yellow-green. Breed in mostly in northern Europe in northern hemisphere in summer and 'winters' in tropical Africa, Asia and Australia.

Thalasseus bergii, '(Greater) Crested Tern'. One of the more common terns seen around the world, seen in a variety of marine habitats, including along the edge of mangroves. 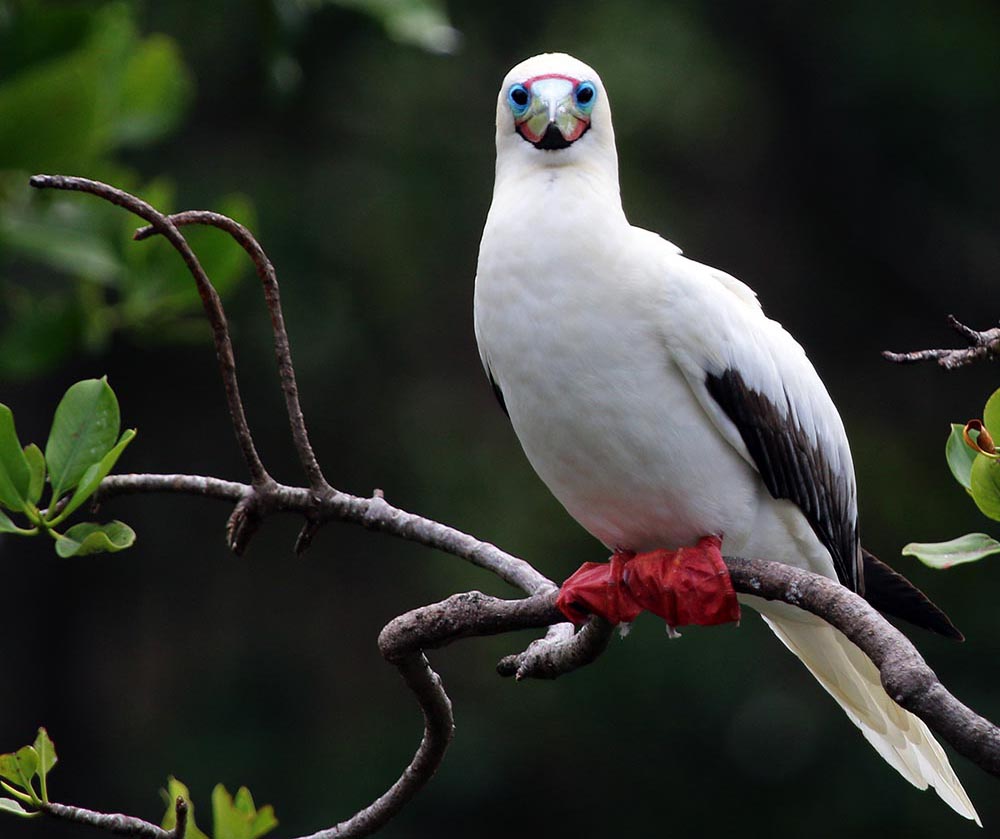 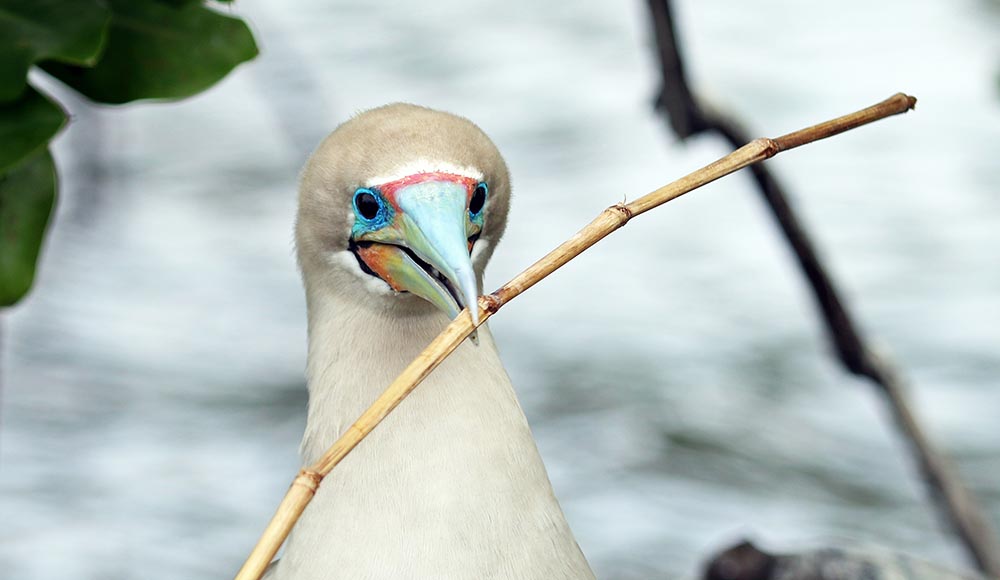 Red-footed Boobies gather sticks to make their nests in trees.

In France it was popular for the women to wear the feathers of white herons in their hats; the southern French term for herons Aigron and then the diminutive Aigrette, which gives us the name 'Egret' for the white herons. Just take the legs off the bird before you put it on your head in a hat, or you might get a toe in your eye. 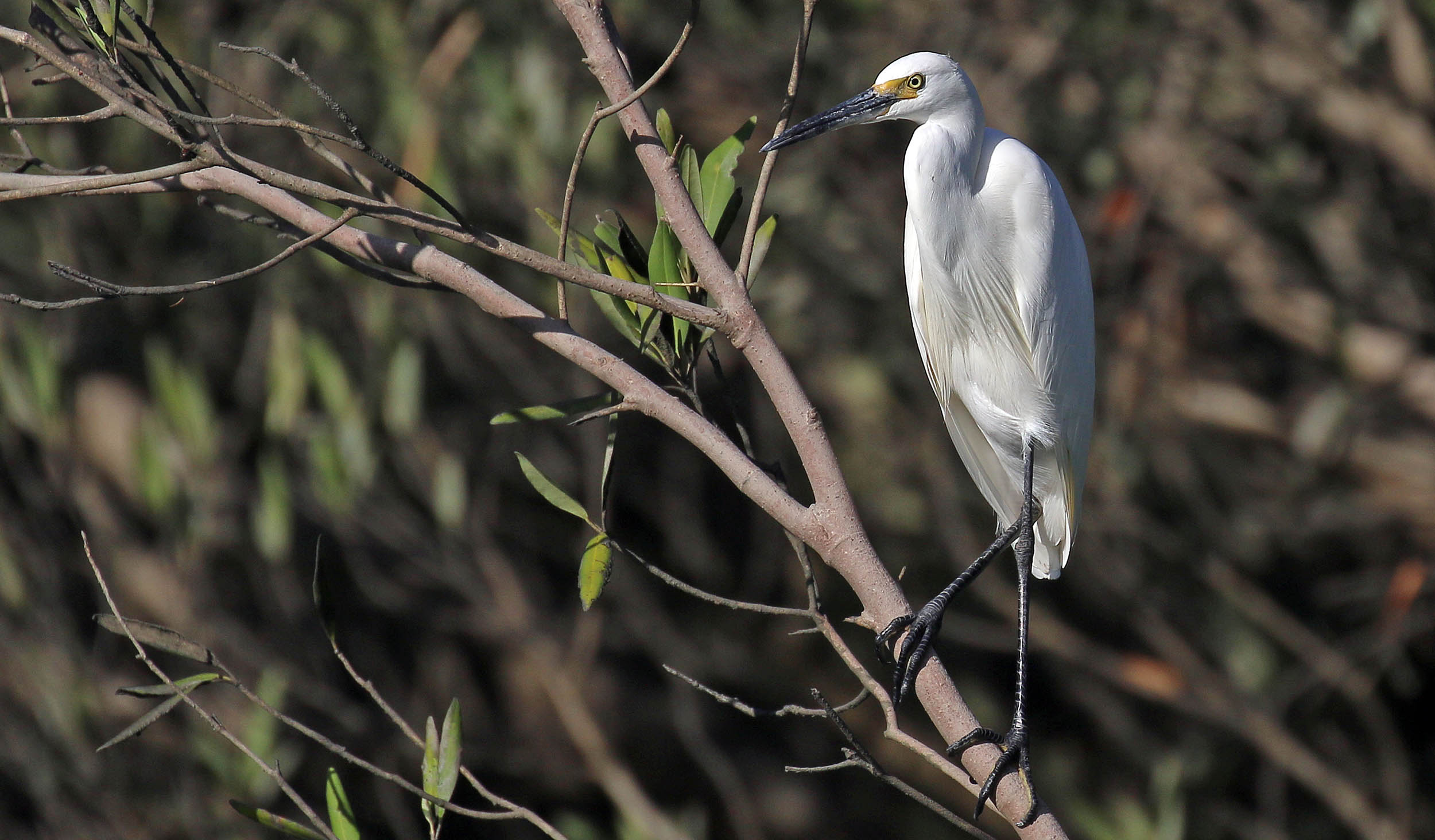 Egretta garzetta, 'Little Egret'. Black bill and legs. Often has an elegant nuptial plum off the back of head. Widespread, found around water in the warmer parts of Europe, Africa, Asia and Australia. 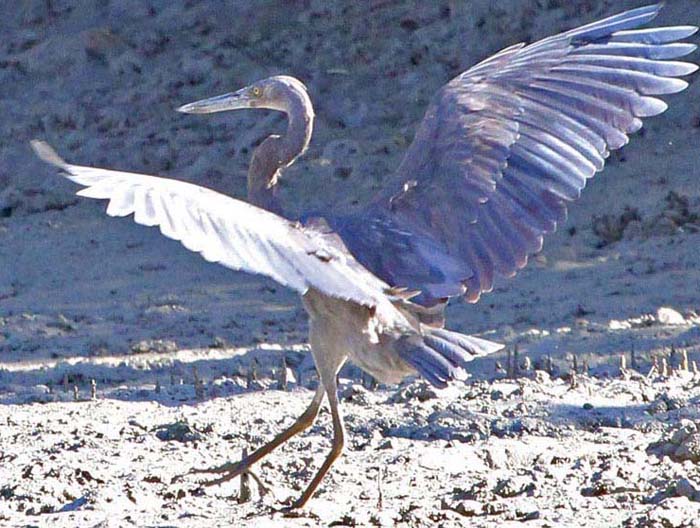 Butorides striata, 'Striated/Mangrove Heron'. Often appears dark and plain. But if there is good light, you can seen the three coloured scheme: dark grey cap, light grey back and rufous underparts. 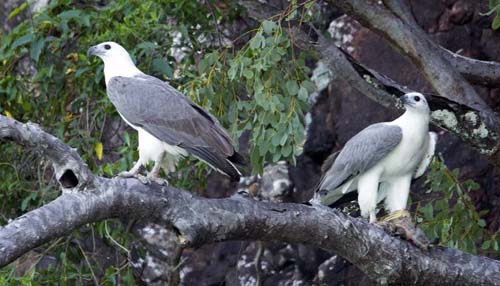 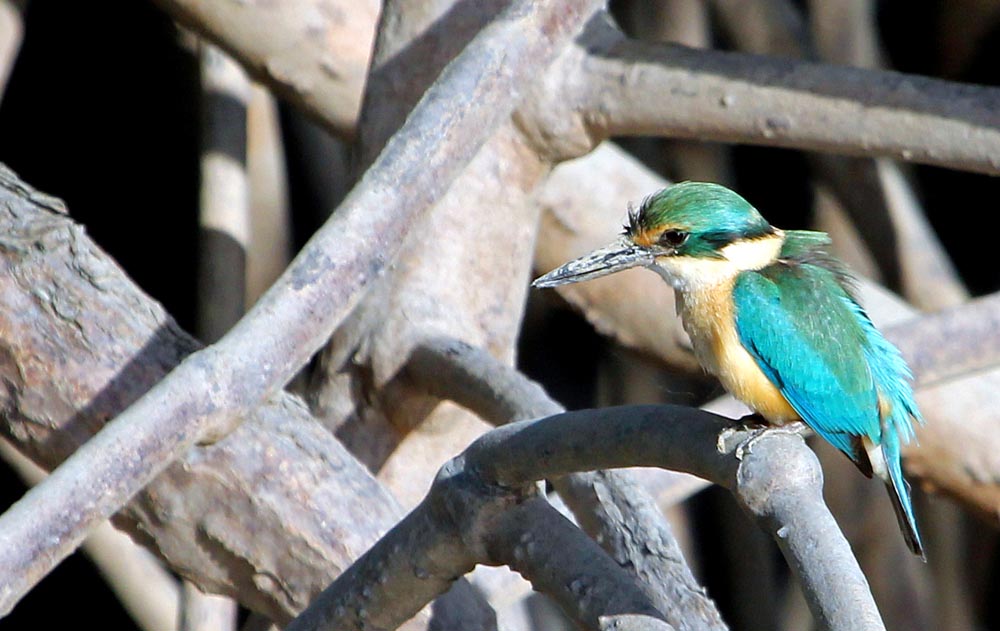 Todiramphus sanctus, 'Sacred Kingfisher'. Similar to Torresian/Collared Kingfisher, but usually mainland populations have a rusty belly and patch before eye. A widespread kingfisher in Australia, living in many habitats, including being common in mangroves.

As the biggest family of birds in Australia, it is inevitable that some species have evolved to live in the mangrove habitat 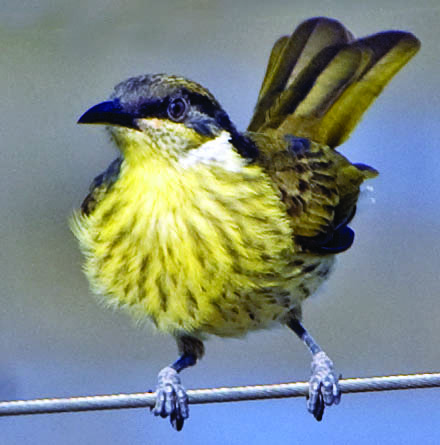 Gavicalis versicolor, 'Varied Honeyeater' Found in mangroves along the northern part of Australias east coast and up into New Guinea.

'Dugong'. Often look like a formless lump. Flesh coloured. Found in tropical shallow waters across Indo-Pacific, including along the edges of mangroves.

Back to the page on Australasian mangroves