The mammal species of the northern Australian woodlands includes a diversity of macropds, incuding a variety of specially adapted rock wallabies...

There are about 60 species in this family, including many in the tropical woodlands of northern Australia. 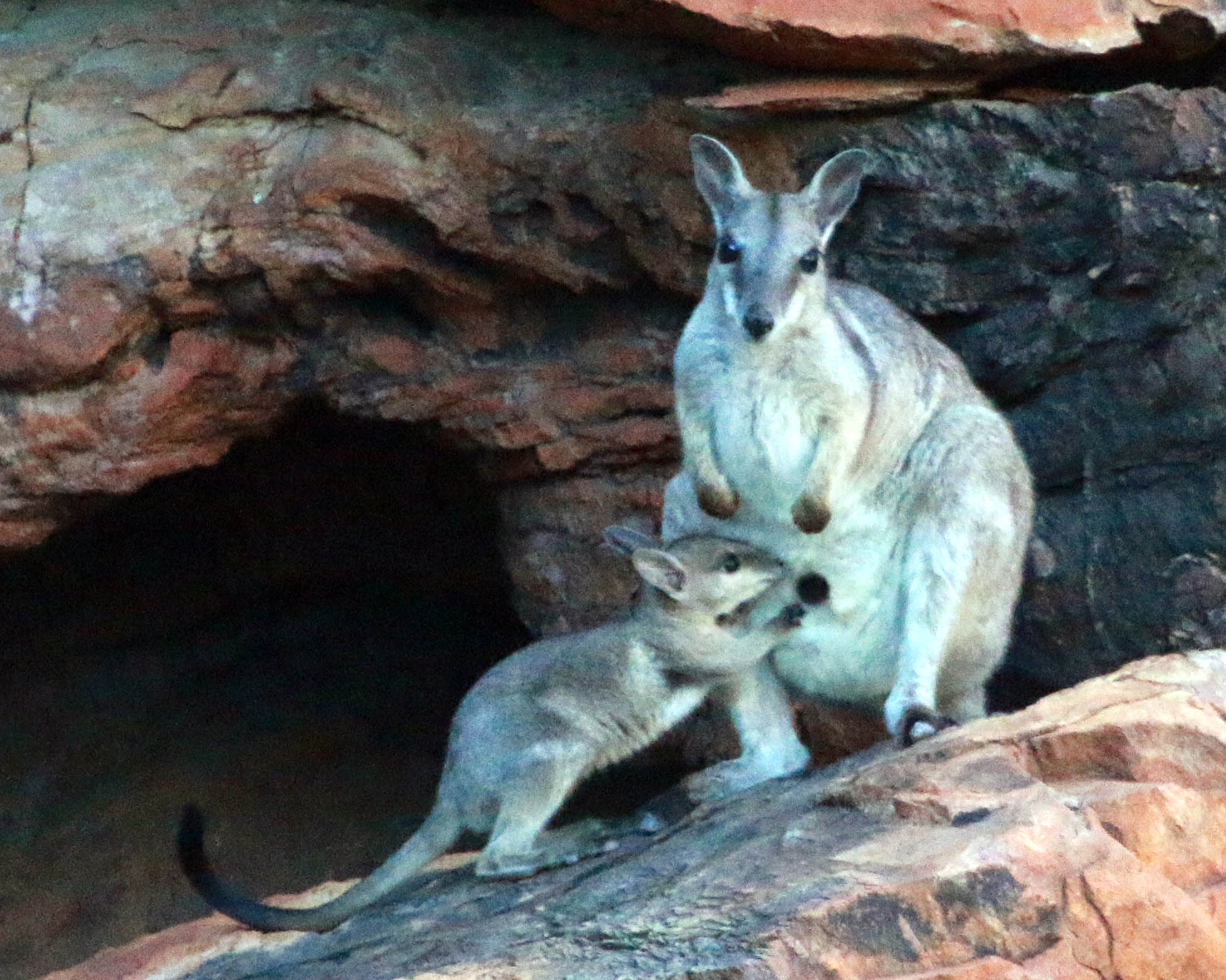 Osphranter robustus erubescens, 'Euro', 'Western Wallaroo'. Longer hair 'shaggier' coat than grey or red kangaroos. Larger and clumsier in rocky habitat than rock wallabies. Usually seen alone.  Widespread in hill habitats across much of Australia. The western sub-species is found inland of the Great Diving Range. In the Kimberley and top end it is replaced by the 'Kimberley' subspecies. 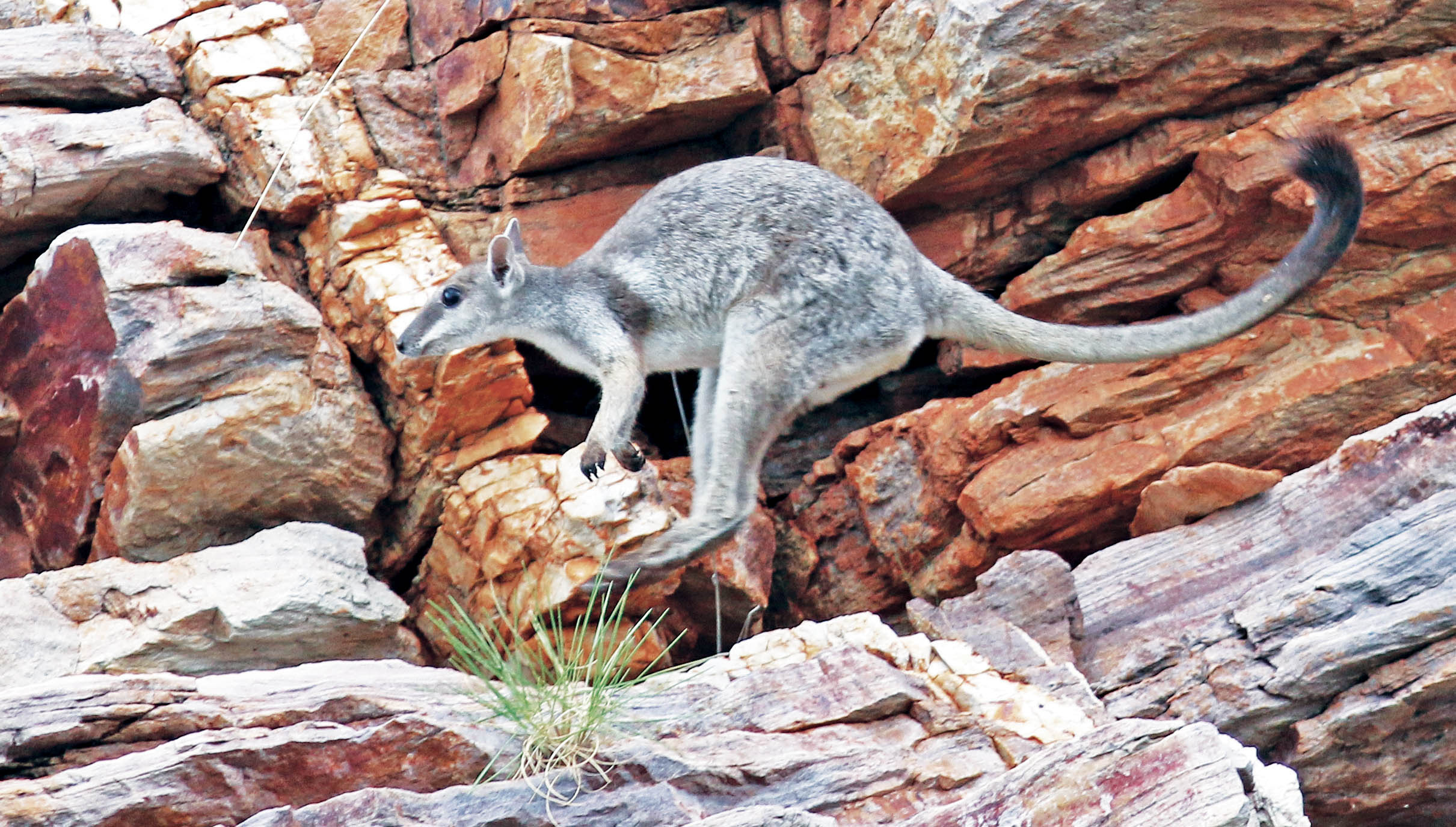 Rock Wallabies are adapted to living within a rocky habitat, being an ecological equivalent to hyrax/dassie in Africa, and mountain goats in Eurasia. 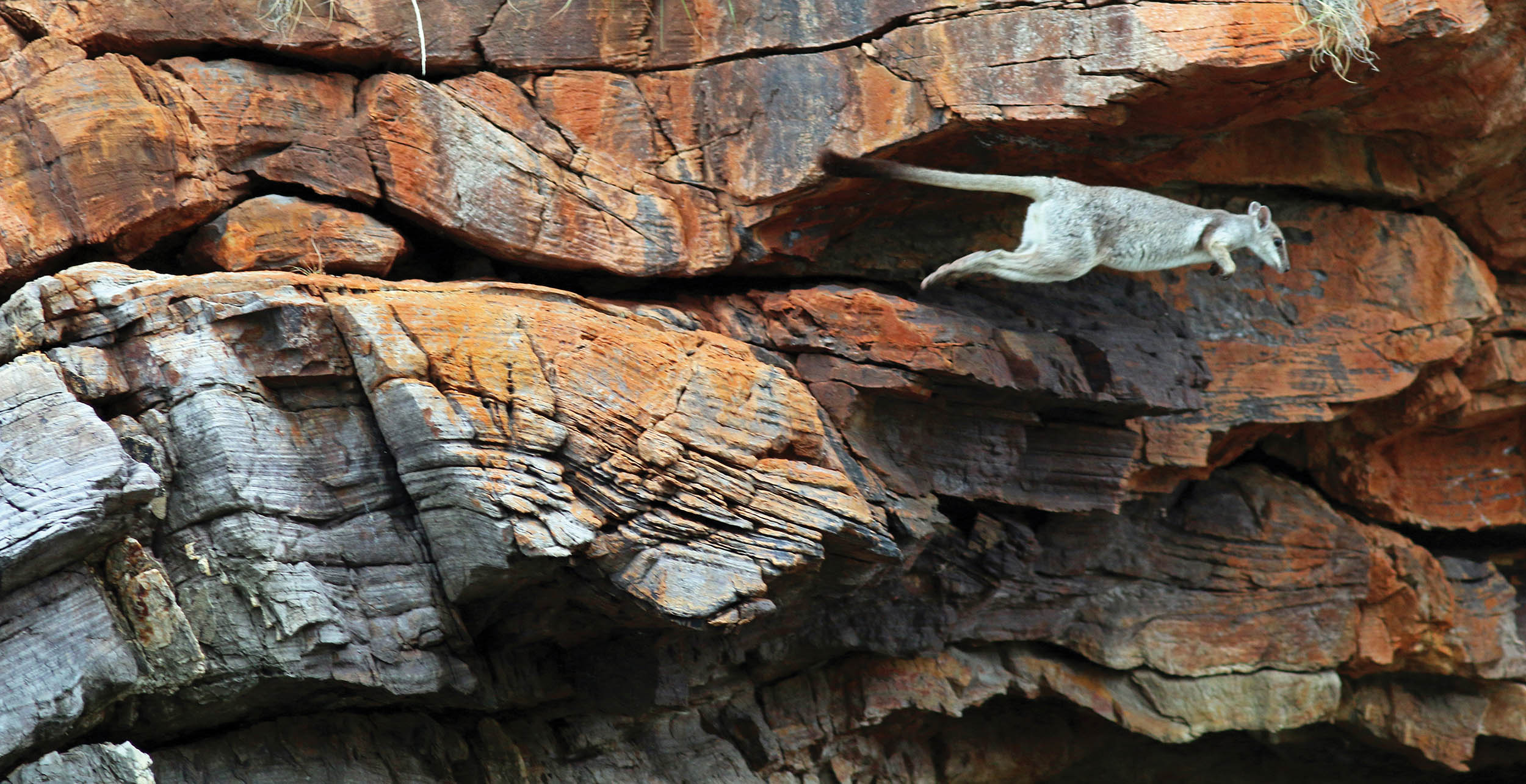 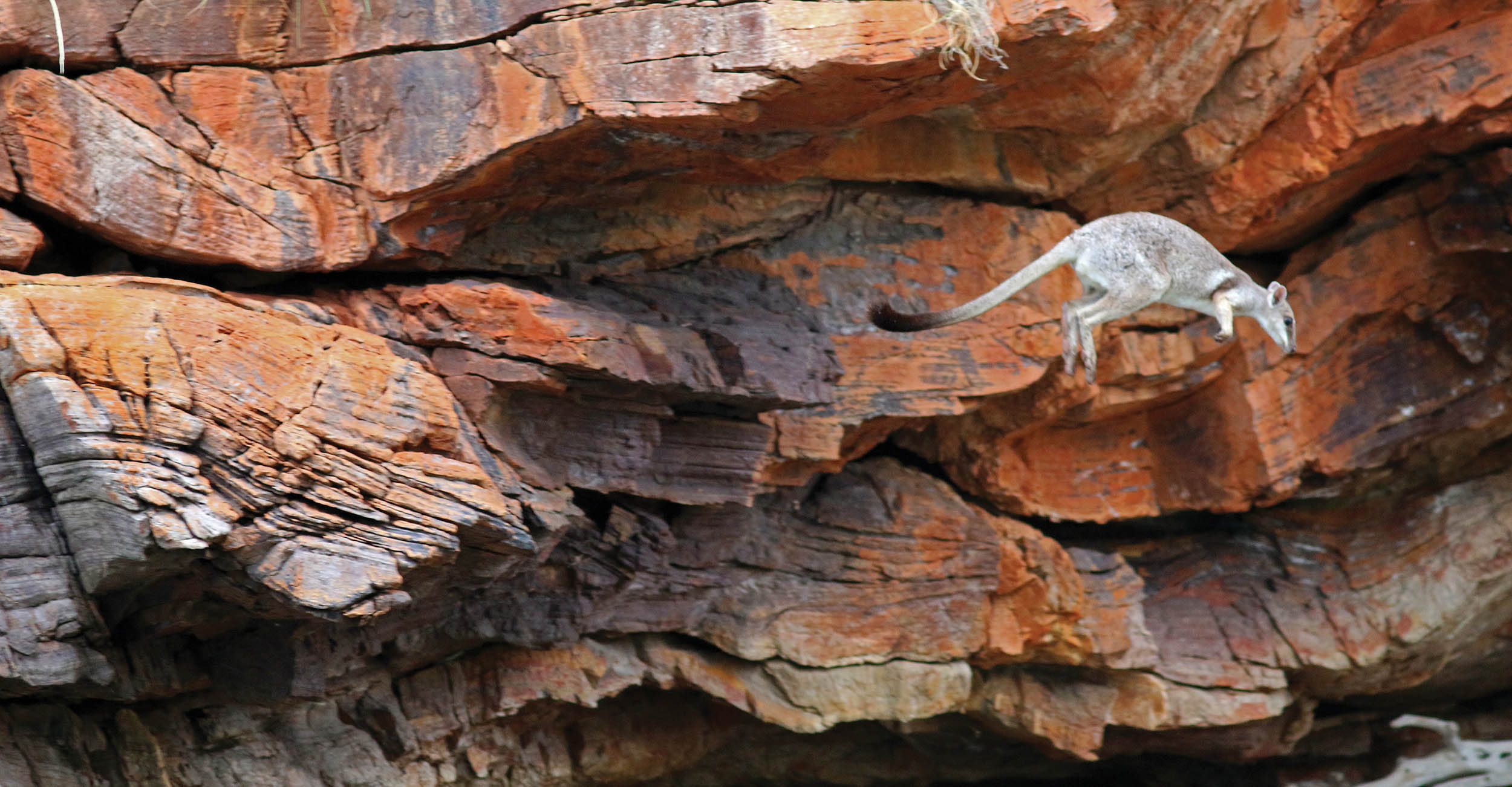 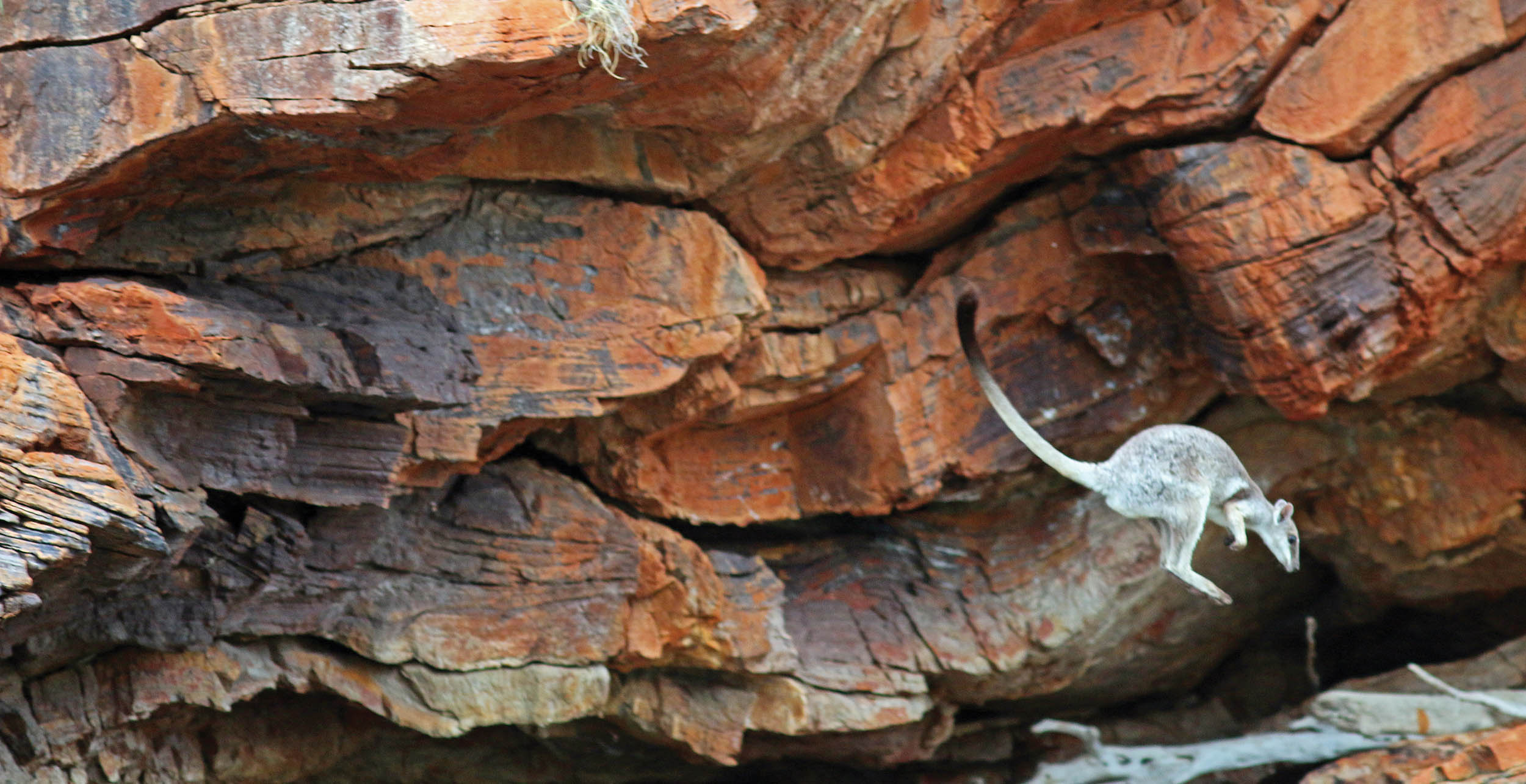 Petrogale purpureicollis, 'Purple-necked Rock Wallaby'. As the common name suggests, they have a light purple wash on neck, arms and head; this is normally more obvious in males, and is similar to the colours of the rocks they live in. They are restricted to rocky outcrops in north-west Queensland, such as Lawn Hill and Mt. Isa. 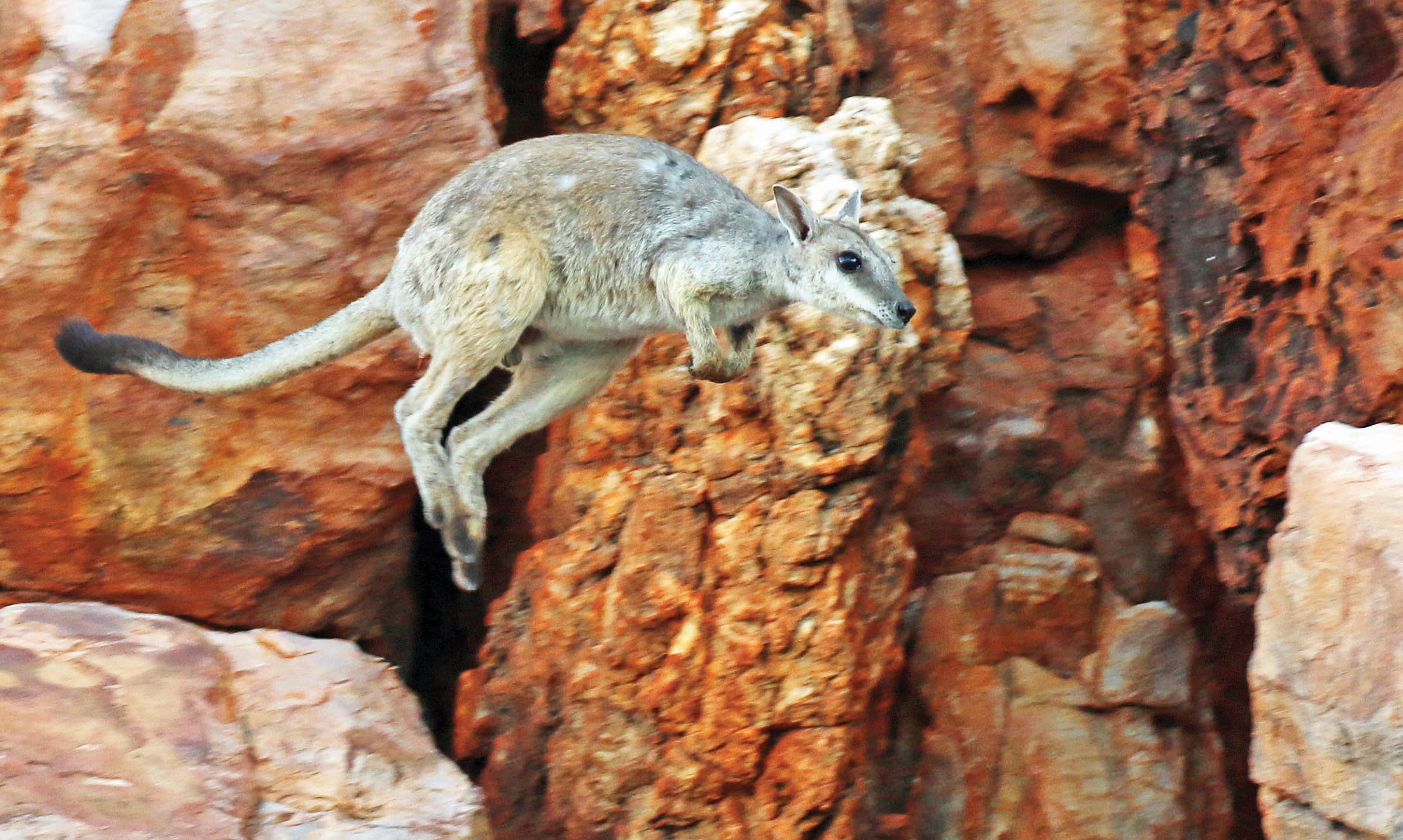 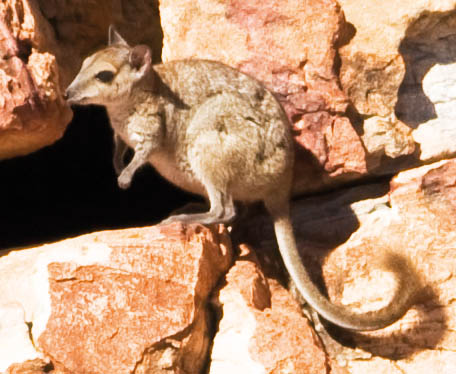 Petrogale burbidgei, 'Monjon'. The smallest of the rock wallabies. Endemic to the rocky habitats of north-west Australia. 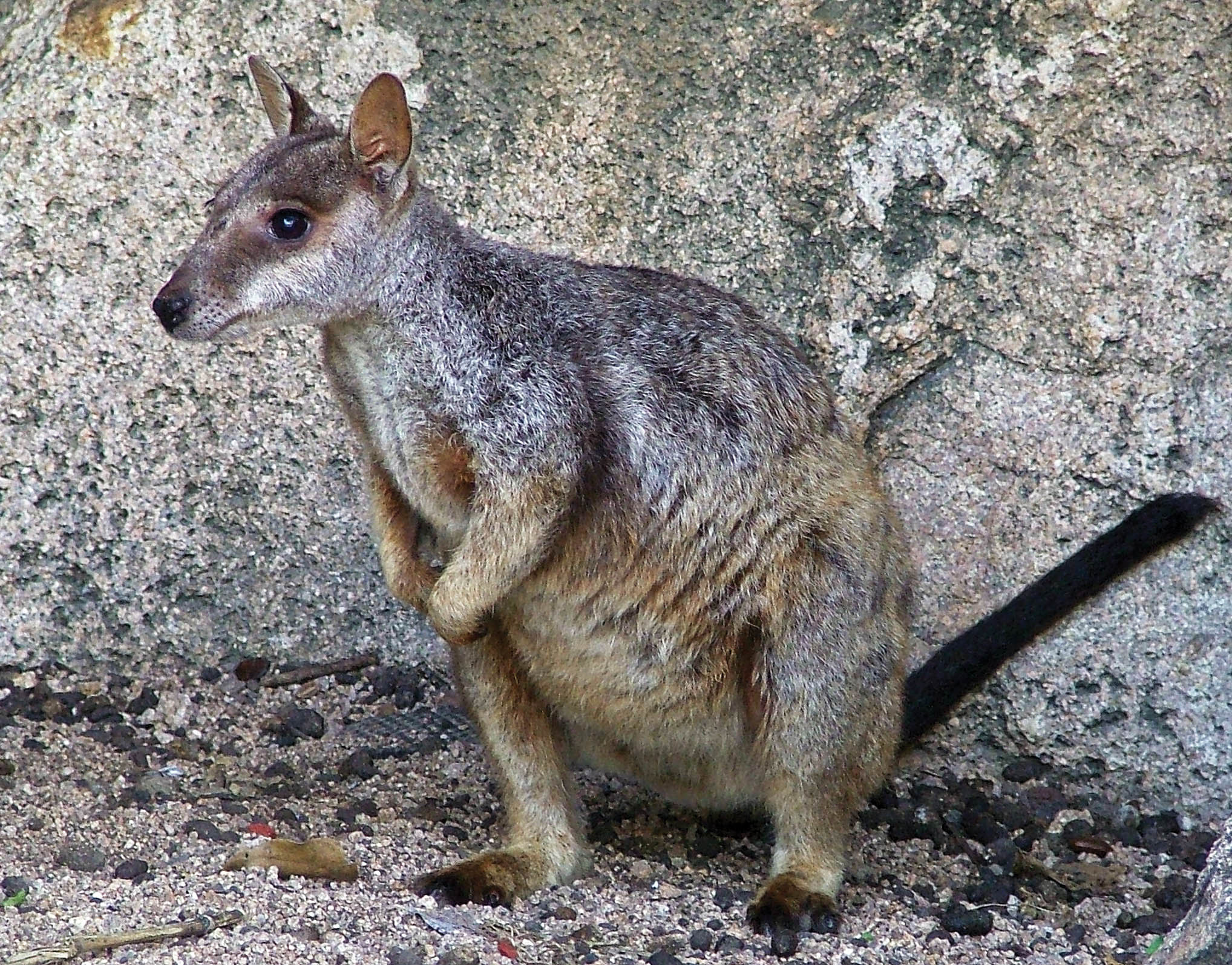 Petrogale assimilis, 'Allied Rock Wallaby'. Found in rocky habitats around Townsville and inland from there. 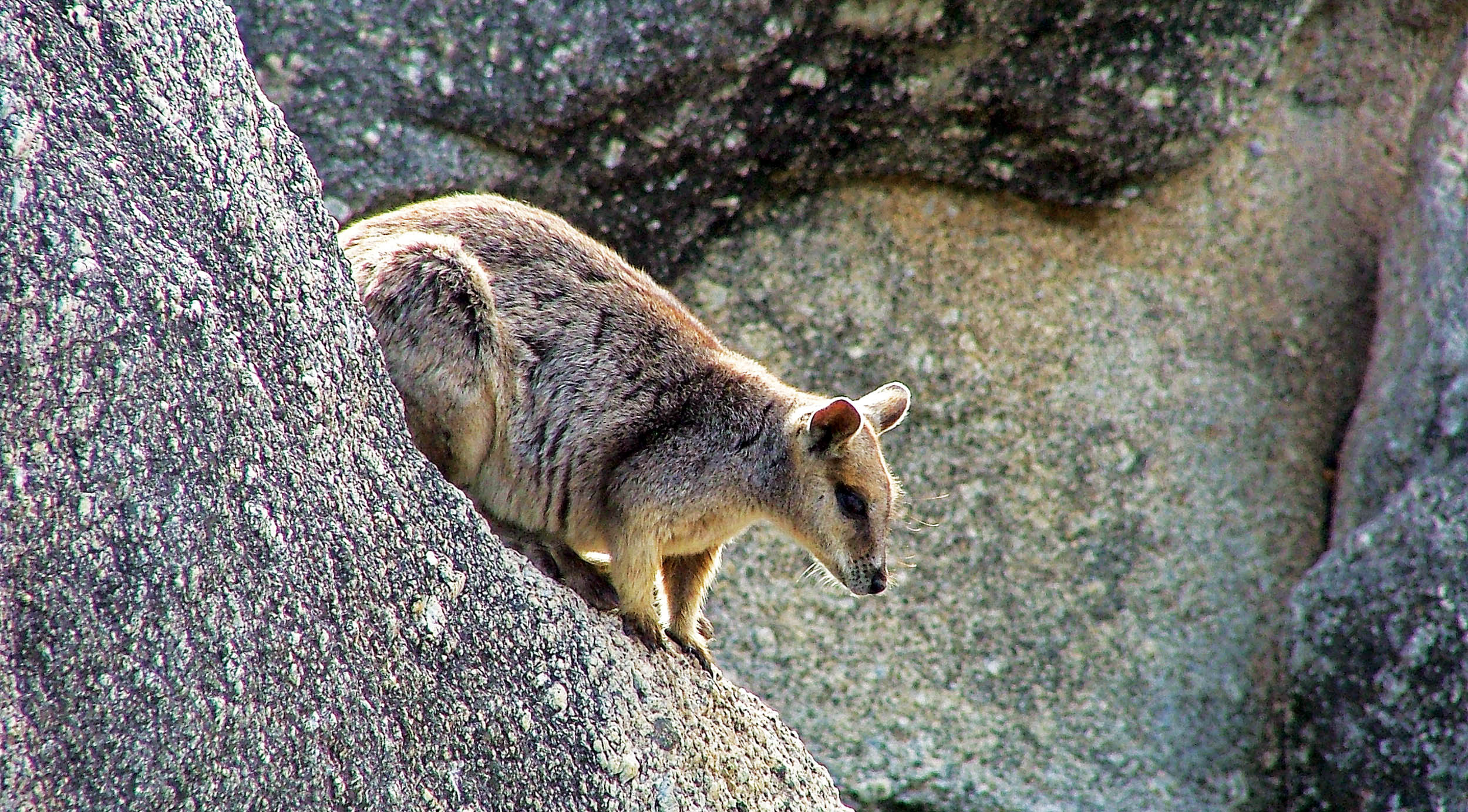 Petrogale, 'Mareeba Rock Wallaby'. Endemic to rocky habitats around Mareeba area, inland of Cairns. This species was only recognised in 1992.

Back to the page on the Australian tropical savanna