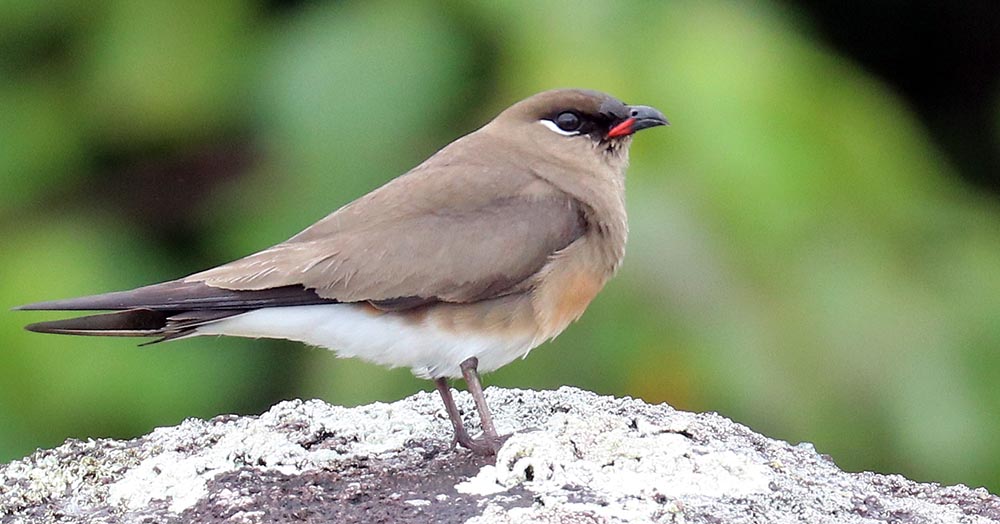 A small family of two genera and four species, all endemic to Madagascar. Originally thought to be related to Pittas, they were more recently considered to be related to Broadbills. They are sexually dimorphic, with the males devloping colourful heads masks around the eyes. The colour is unique in the animal kingdom, as the pigmentation is provided by collagen fibres. Although they are one of Madagascar's few fruit eating (and thus seed dispersing) birds, they also have forked tongues for nectar collection. They have very short tails.

There are only species in this genus. The genus name is a combination of two bird names; the Friarbirds of Australasian Honeyeaters and the colourful rainforest Pittas. 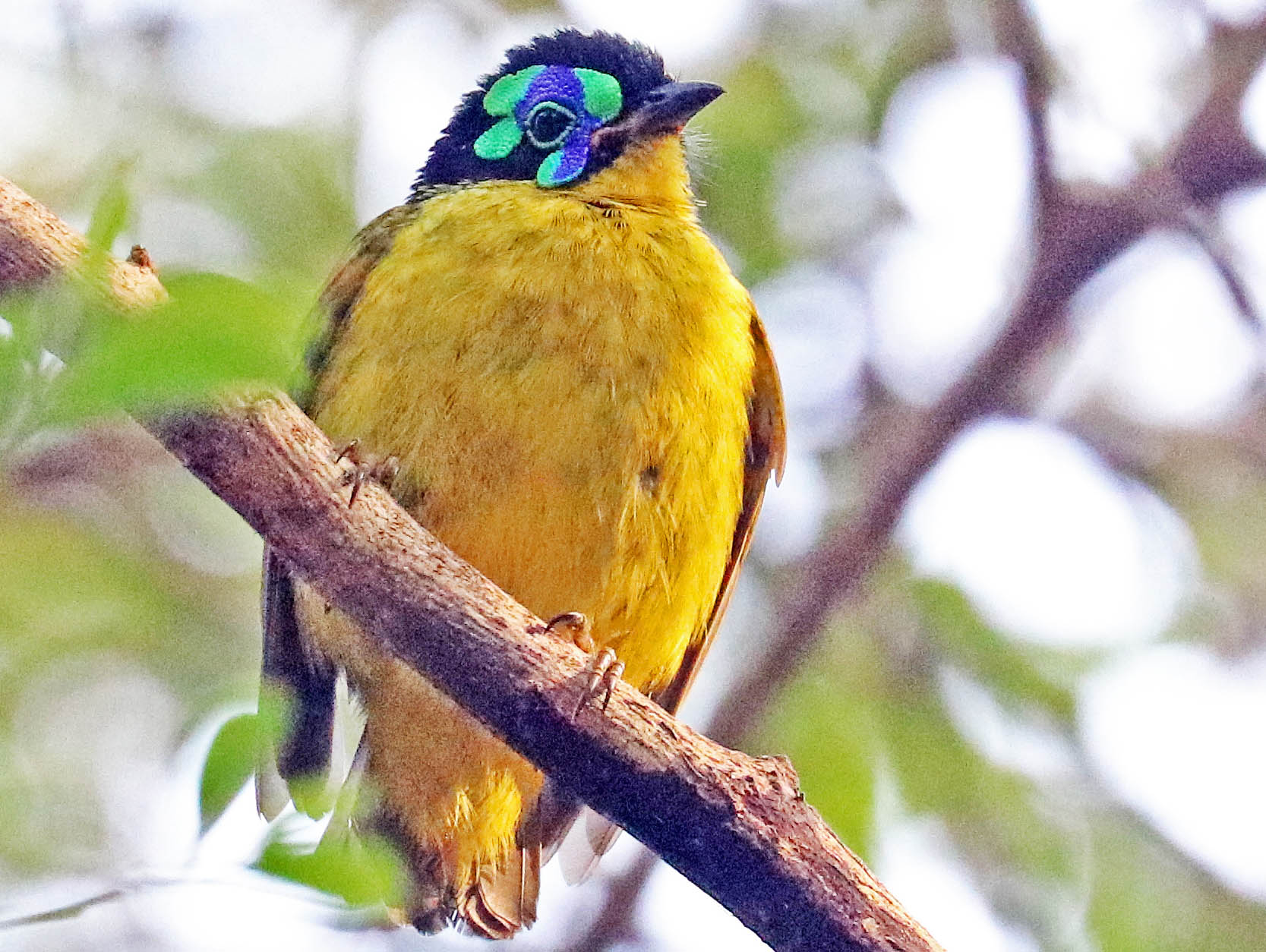 The biggest family of birds in Madagascar are the Vanga. Although species in the family are also found in other parts of the old world tropics of Africa and Asia, it is Madagascar where they have radiated to an extraordinary degree. Species of bird in Madagascar that were once though to be other types of birds such as Babblers, Bulbuls and Warblers, have been found to be Vanga hat have evolved to fill different niches. 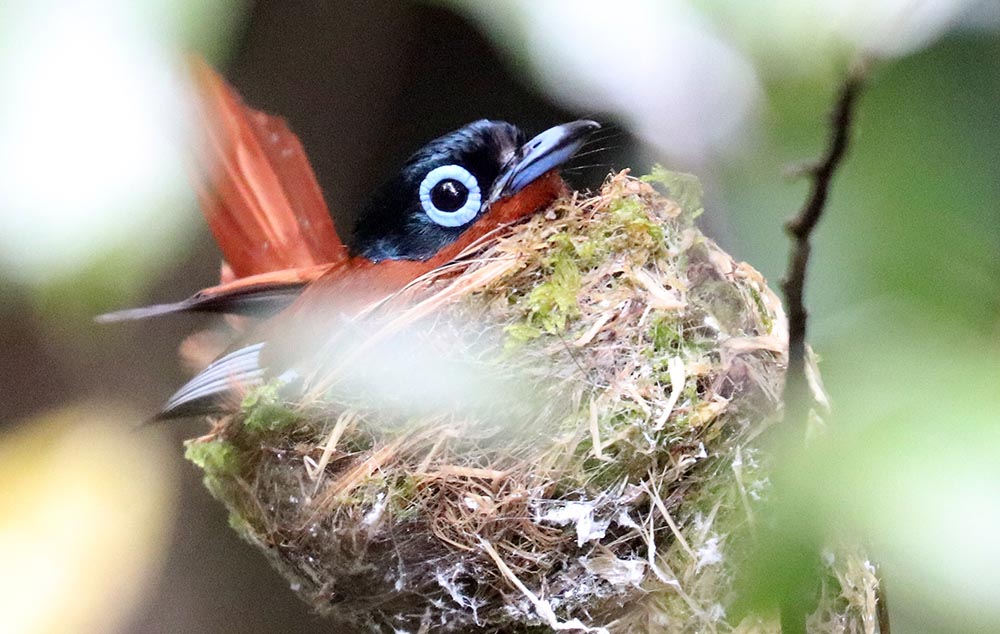 This family is most diverse in tropical Asia, with other species found across the Old World. There is one native species in Madagascar. 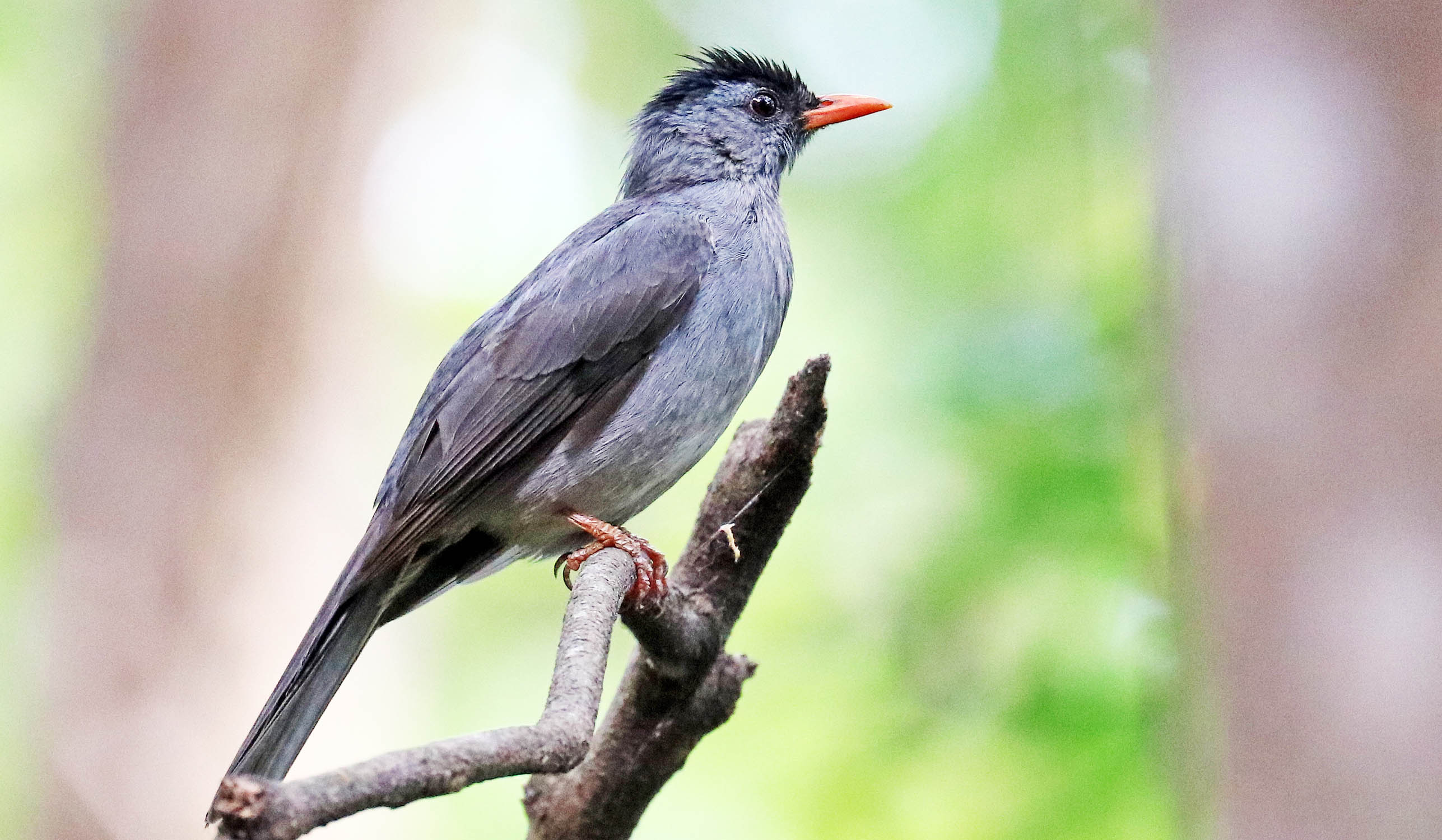 Hypsipetes madagascariensis, 'Malagasy Bulbul'.  The species here was split from the Black Bulbul, of which is looks quite similar. The Malagasy Bulbul is found in various wet and dry habitats across Madagascar, and with subspecies on surrounding island groups. 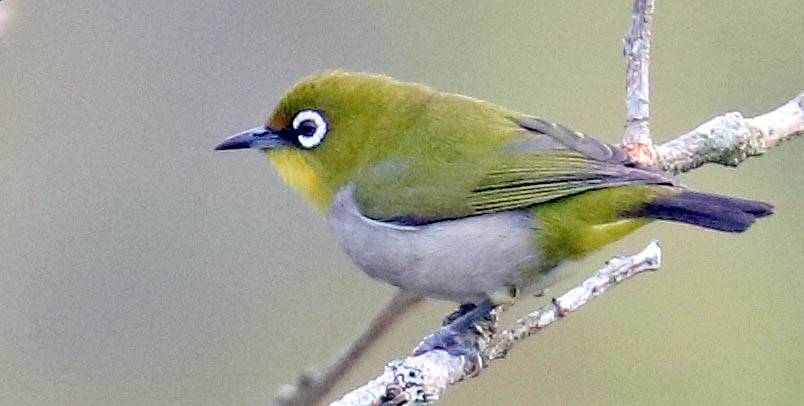 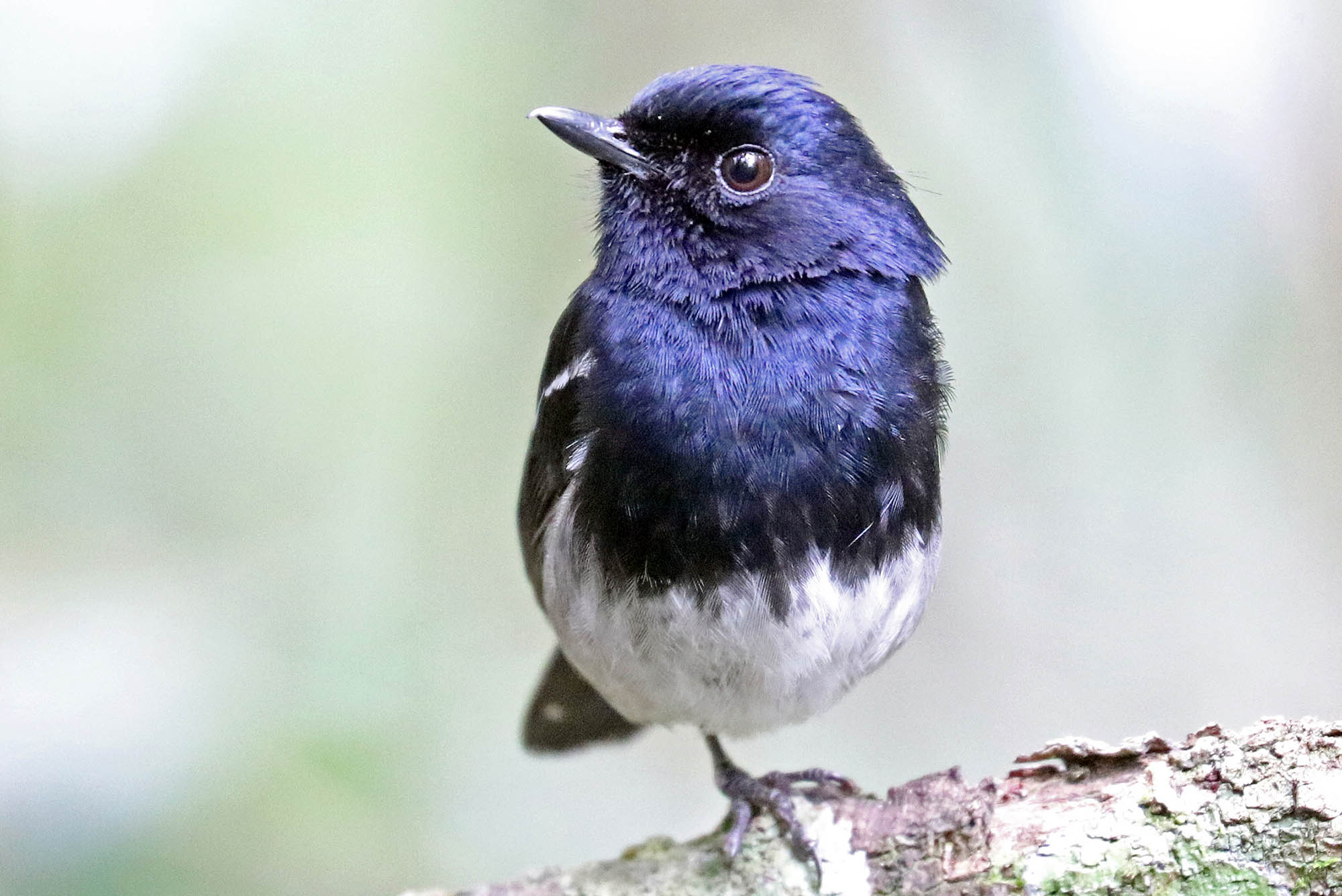 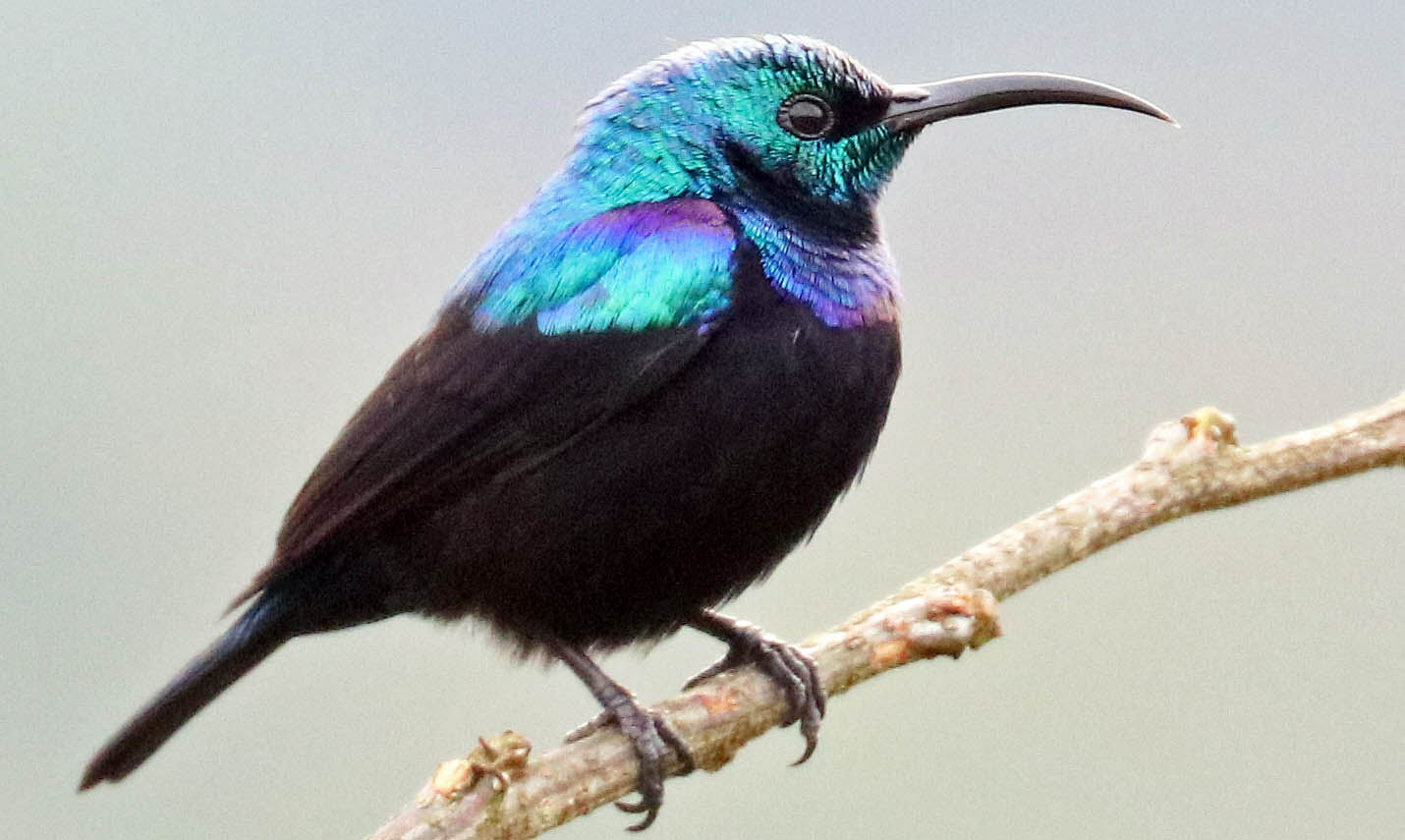 Cinnyris notatus, 'Malagasy Green Sunbird'. Endemic to Madagascar and Comoros, where it is found in many wet and dry habitats.

Back to the page on the Madagascan rainforest