The second largest family of birds, with over 200 species. Many are colourful, and most are distinct enough to be easily recognisable.

They are an interesting 'evolutionary' family. There are some species that were once considered tanagers, and still have this common name, but have been reassigned into different families. Conversely, there are also many species in the Tanager family that are still known by their previous common names such as 'Finches' and 'Cardinals', of which they are now known not to be related to. This family also contains the group known as 'Darwin's Finches'.

All the species in the Tanager are restricted to the Neotropics; many have small distributions. 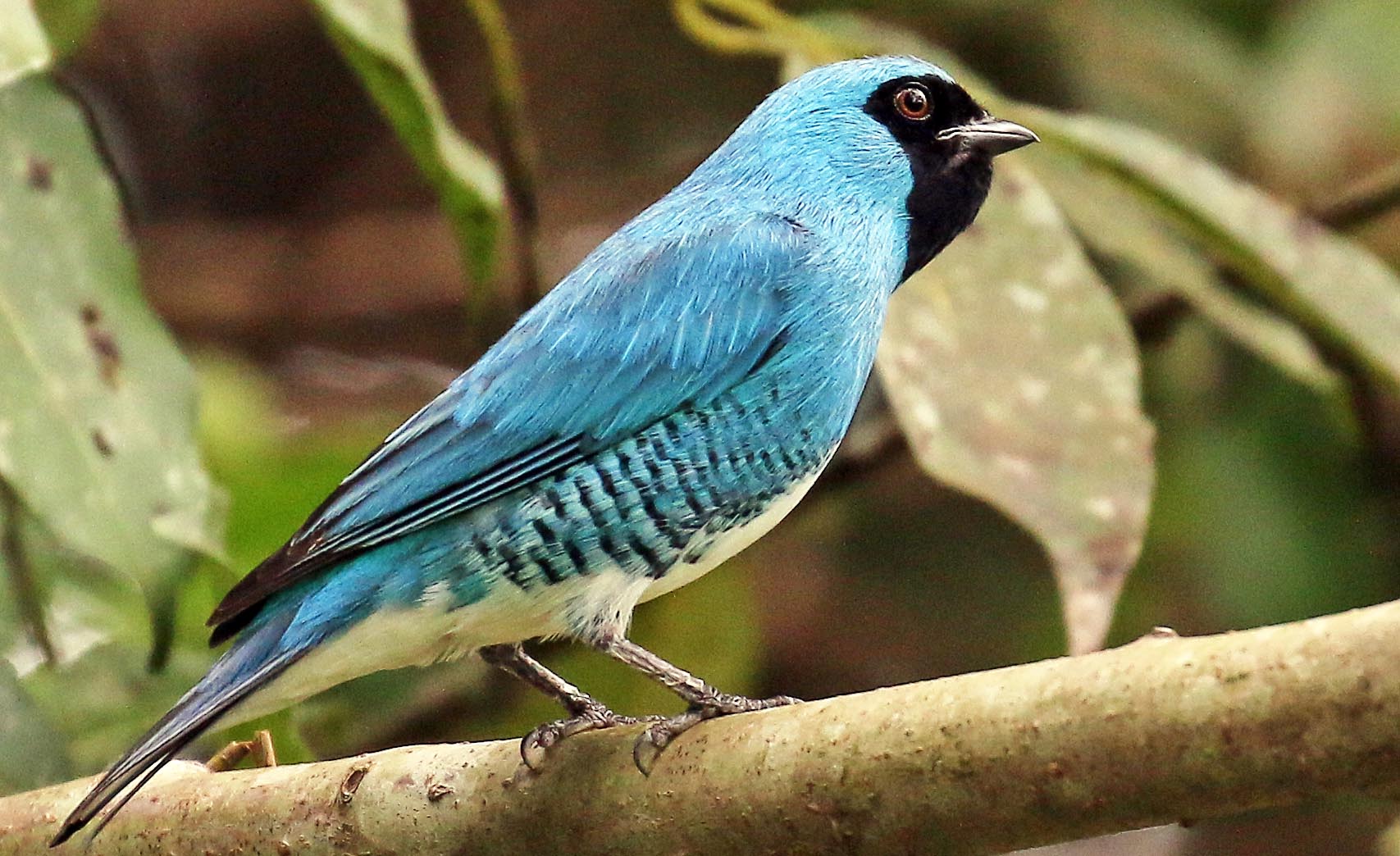 Tersina viridis, 'Swallow Tanager'. Only one species in this genus. A very widespread Neotropical species. Sexually dimorphic; the male is light blue and white, the female greenish with barring. 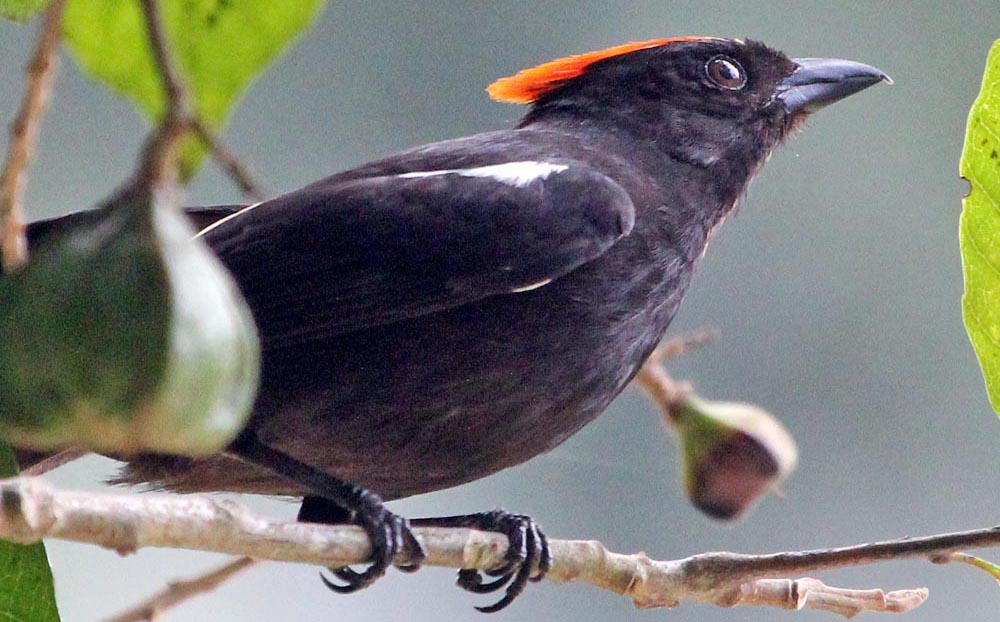 Loriotus cristatus, 'Flame-crested Tanager'. Found in various habitats across South America, with two main disjunct populations, one centred on Amazon, the other on the Atlantic forest. 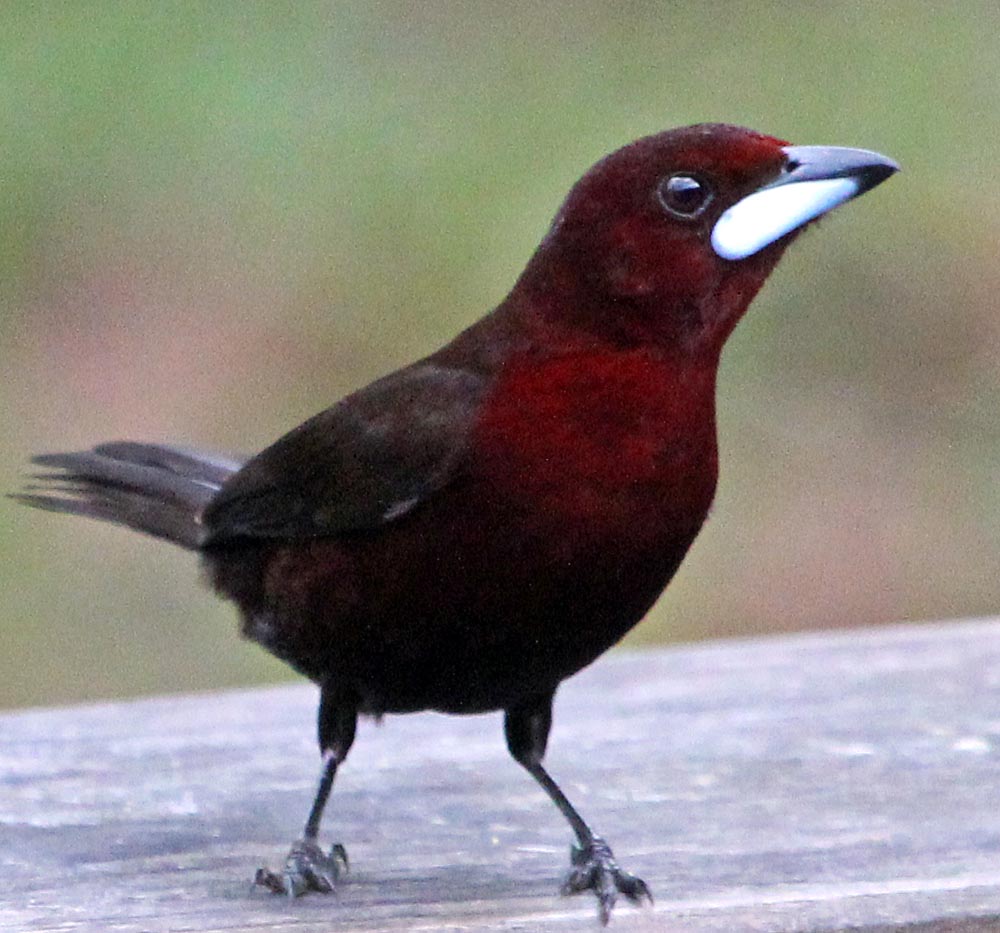 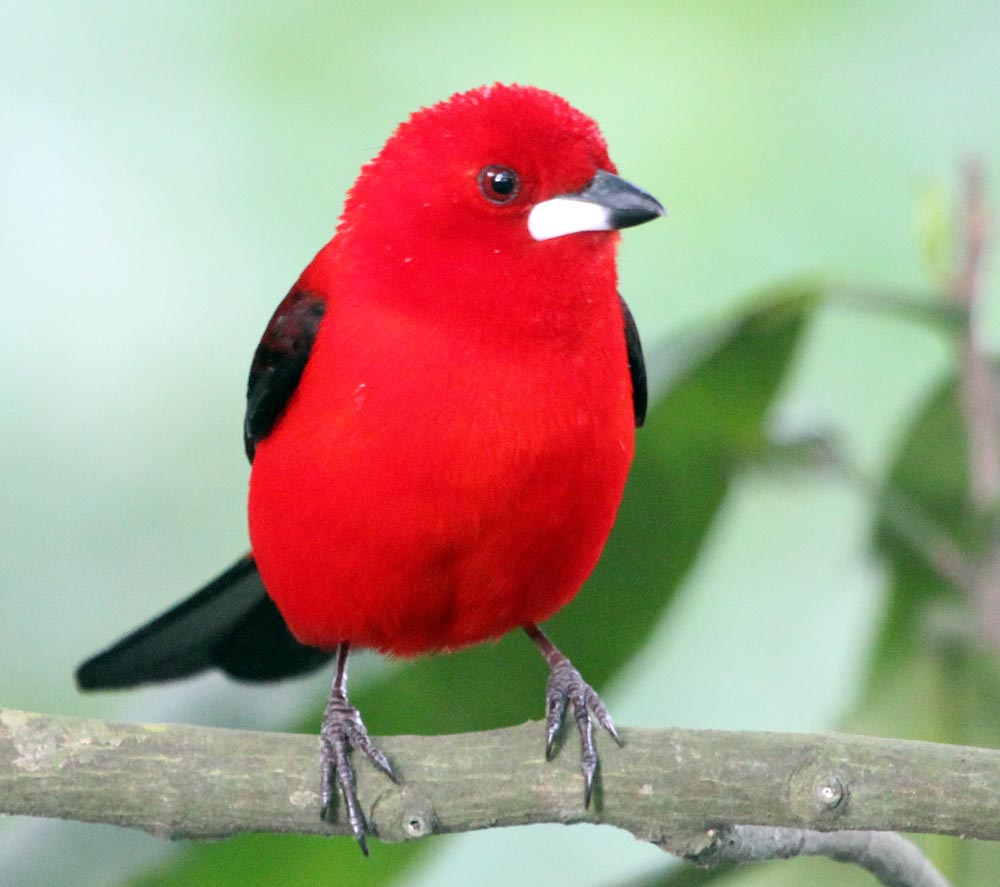 Ramphocelus bresilius, 'Brazilian Tanager'. Bright stunning red in contrast when in dark green habitat. Found in the Atlantic rainforest and other habitats of north-eastern Brazil.

Sicalis flaveola, 'Saffron Finch'. Neither a Finch or a Canary, but a Tanager. Found in the drier open habitats in the lowlands either side of the Amazon, but sometimes seen coming to feeding tables at lodges on the edge of the forest. 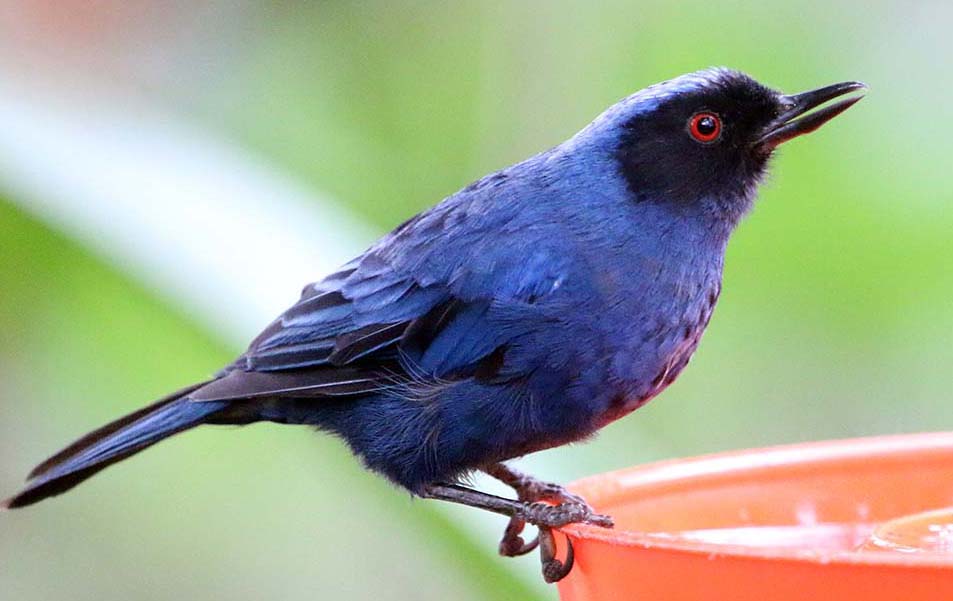 As the names suggests, these members of the Tanager family are specialised to cut into flower tubes to feed on nectar. Most species have noticeably sharp scissor points at the end of their bills for this feeding habit. Most species live in the highland rainforest of South America. 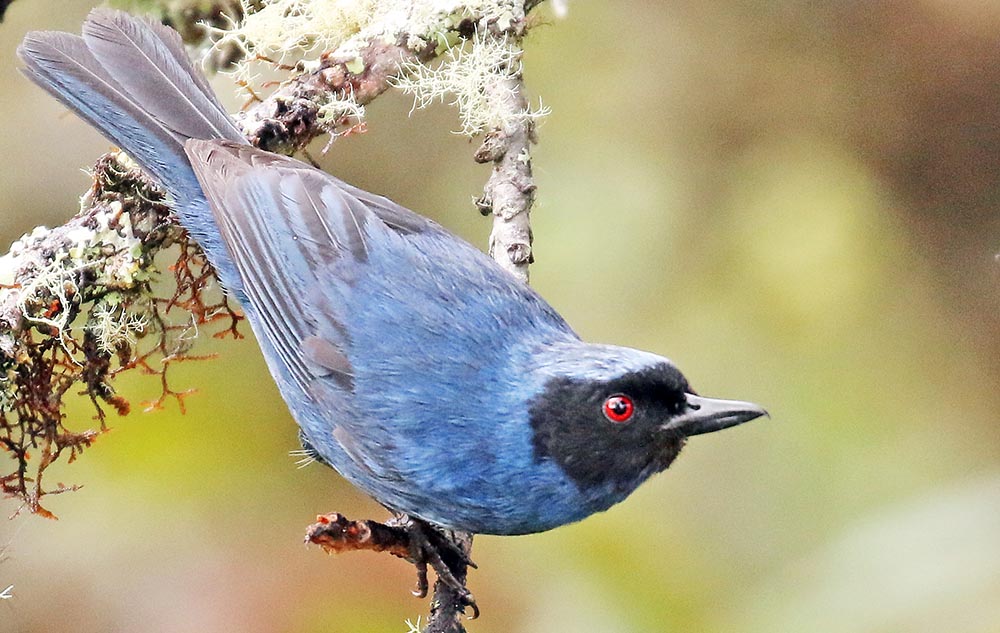 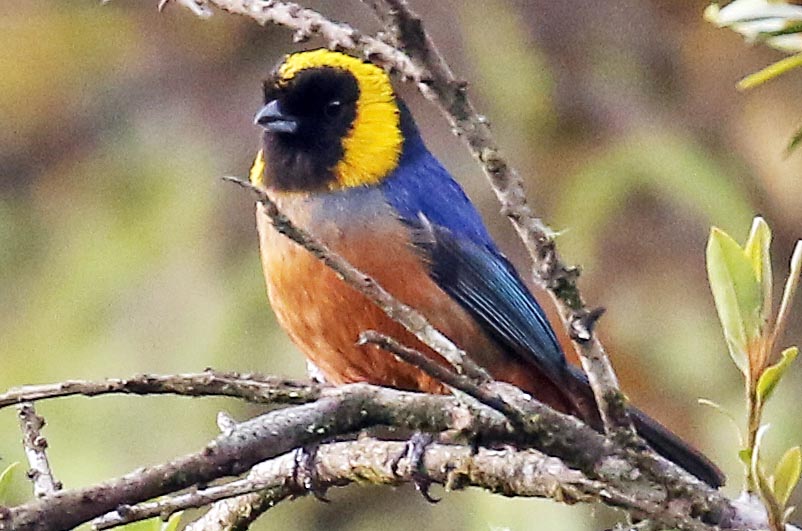 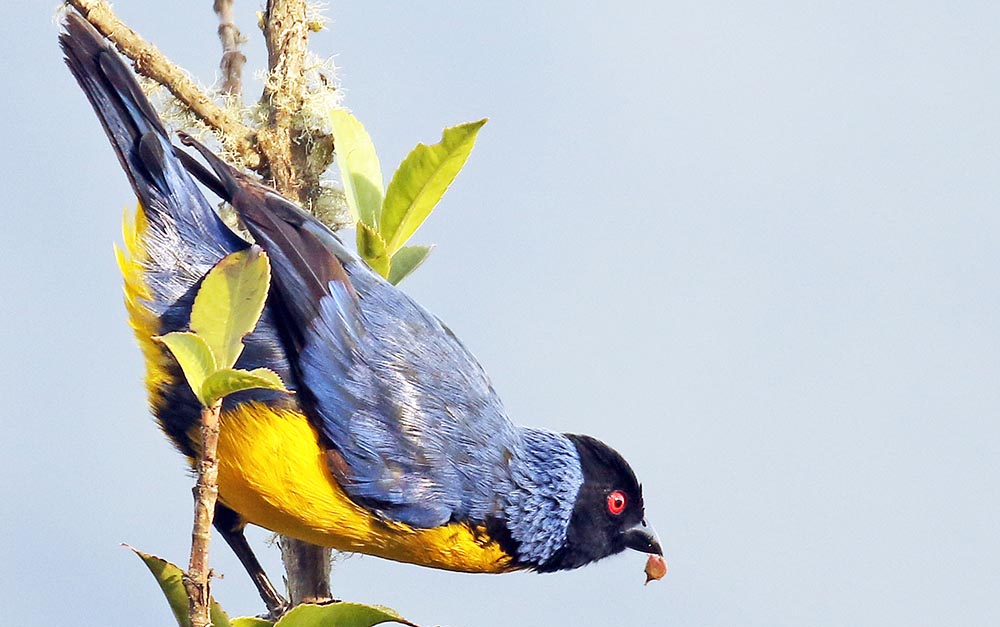 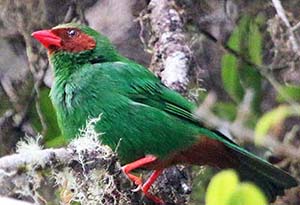 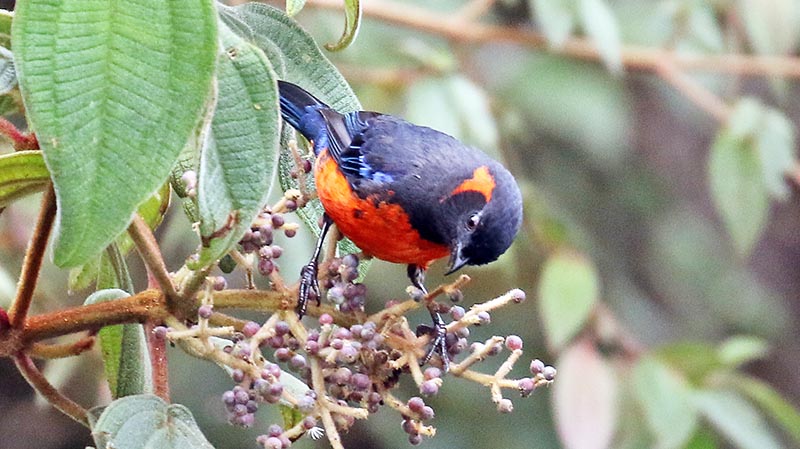 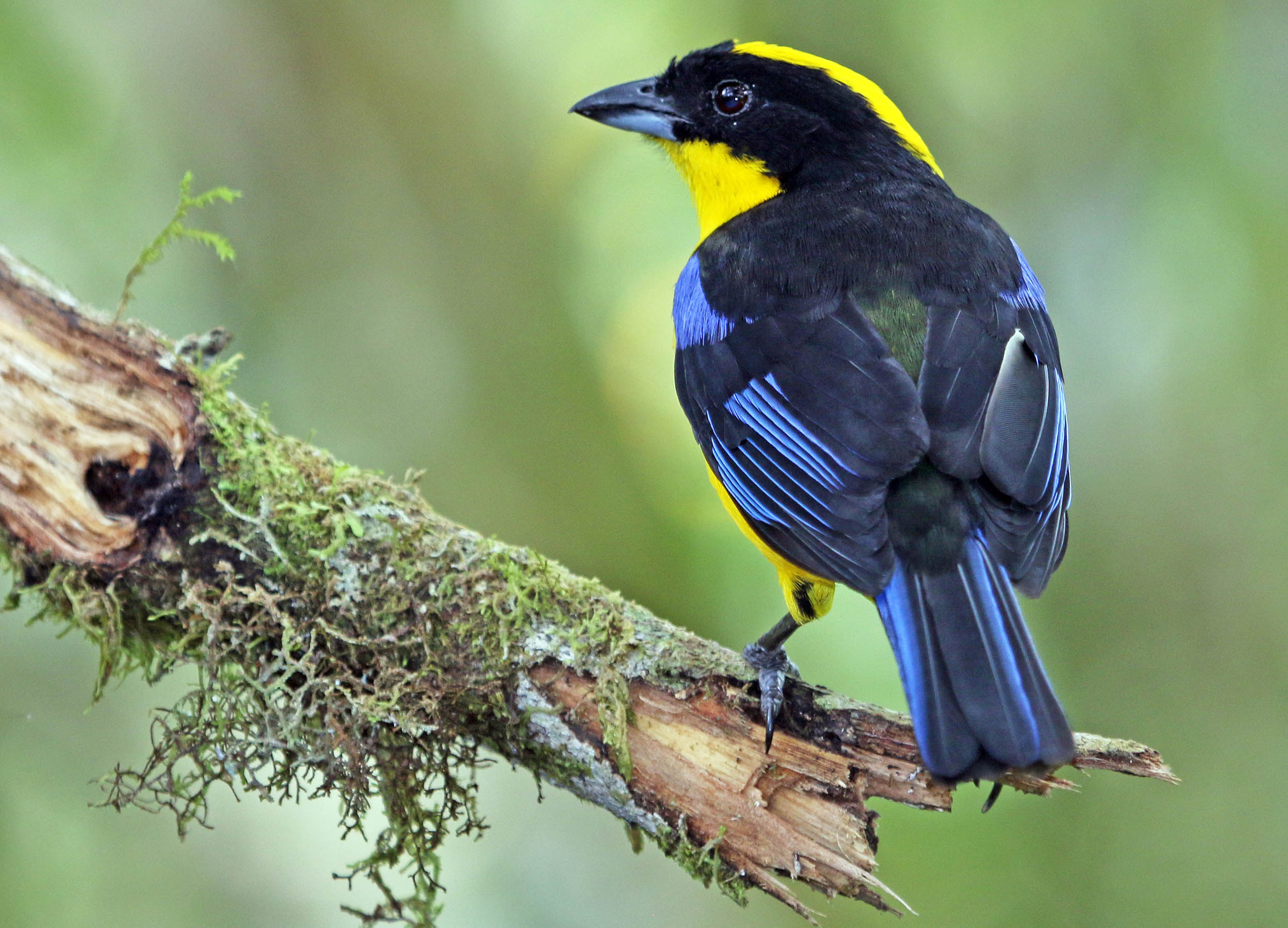 Anisognathus somptuosus, 'Blue-winged Mountain Tanager'. Striking colours: bright yellow, blue and deep black. Found in rainforest and on edge, at high altitude along both east and west slopes of the Andes.

Cissopis leverianus, 'Magpie Tanager'. Like no other Tanager: distinct black and white, with bright yellow eye. Long tail makes it the longest of the tanagers. Mostly found in more open habitats, when around rainforest it is usually seen along river edges.Found across much of tropical South America.

Paroaria capitata, 'Yellow-billed Cardinal Tanager'. Is actually a Tanager and not a true Cardinal. 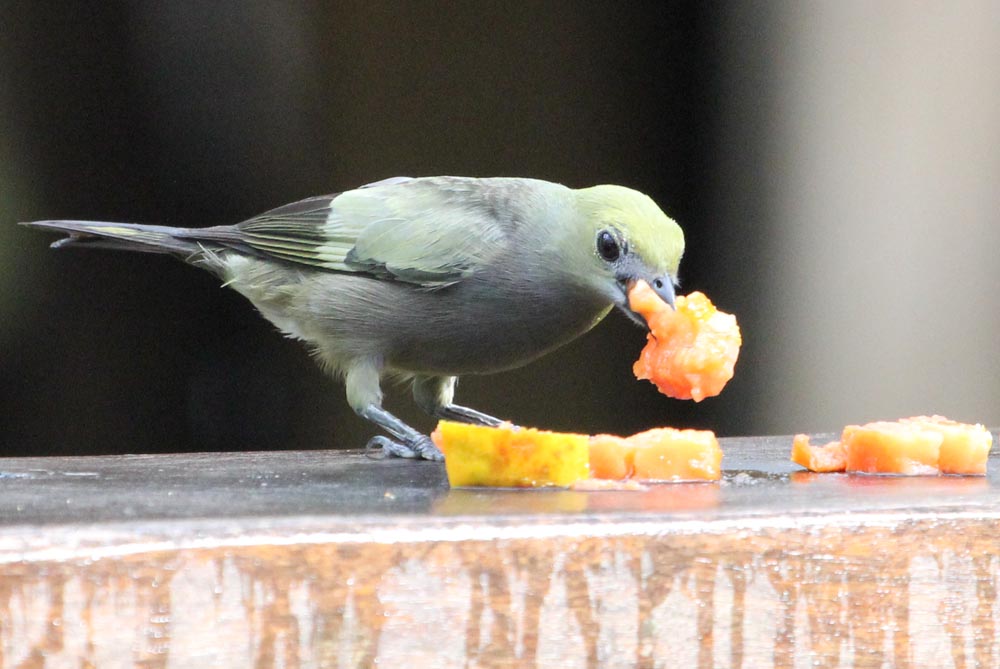 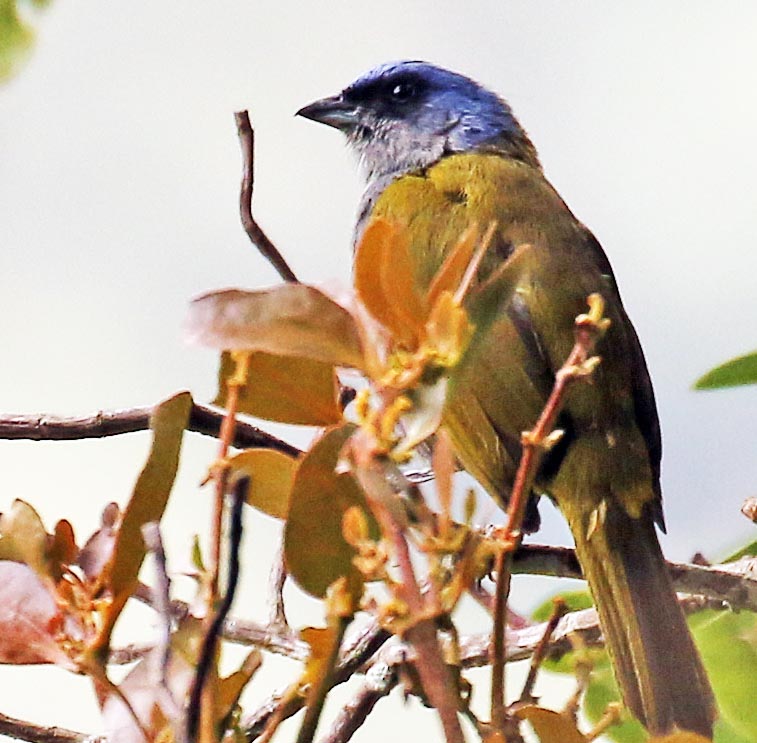 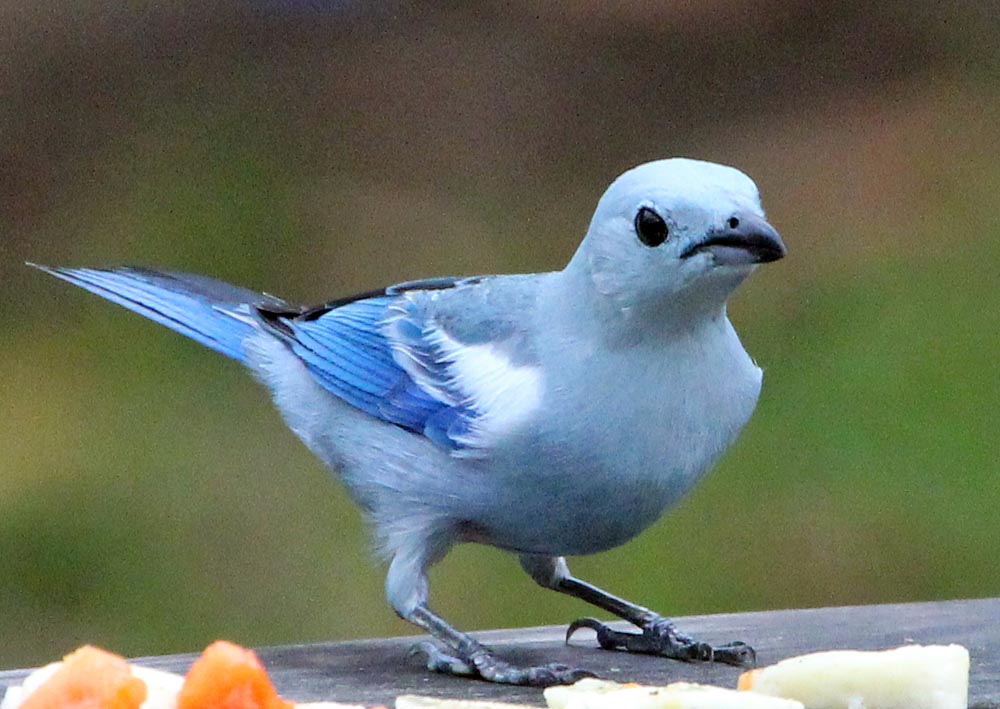 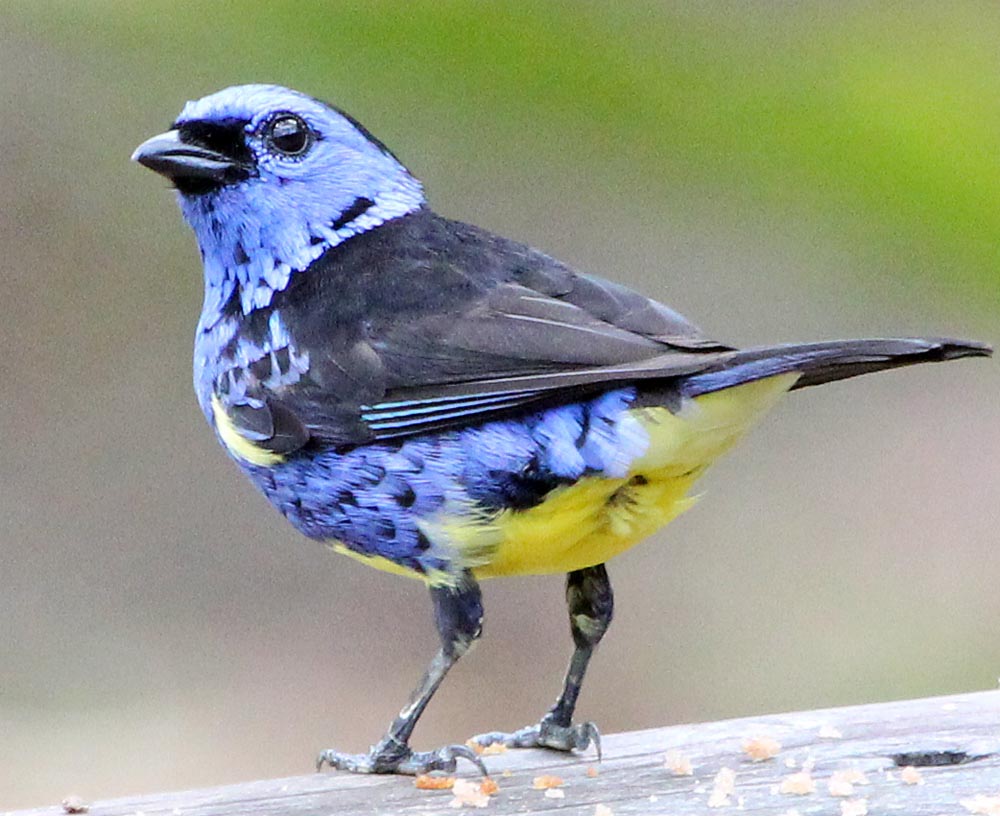 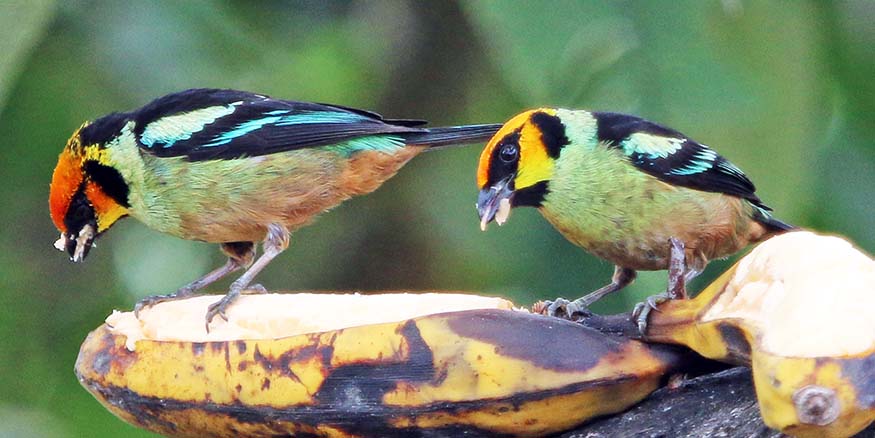 Tangara chilensis, 'Paradise Tanager'. Stunning bird. Usually found in canopy, in lowland rainforest around Amazon region. Despite the scientific name, they are not found in Chile.

For the page on the tropical American rainforest