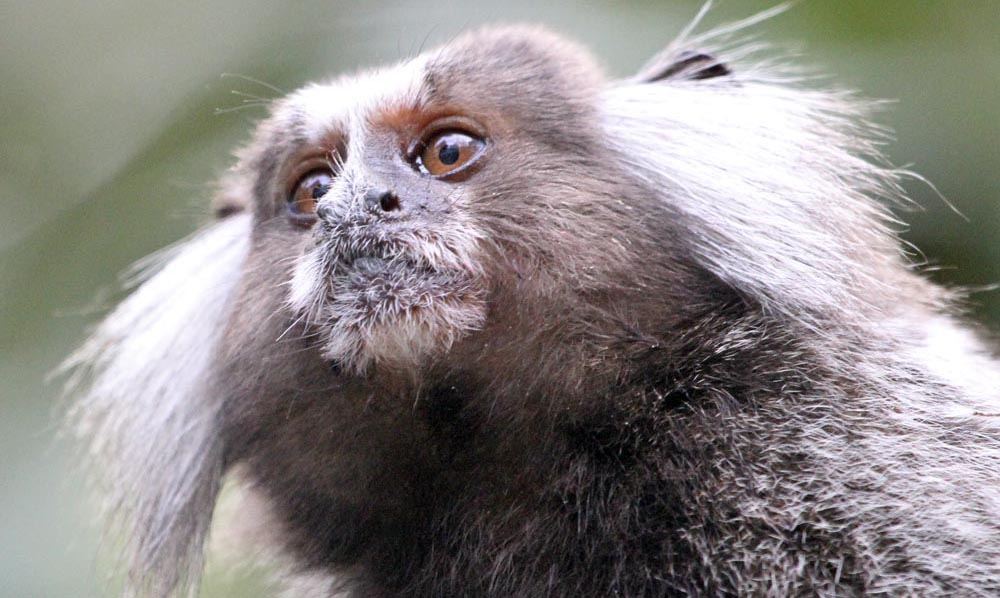 The Marmosets and Tamarins are all small primates. They scamper about in cooperative polyandrous groups , with one central reproductively active female, who breeds with multiple males. They are reported to produce mostly twins at birth. They are only found in the Neotropics of South and Central America. 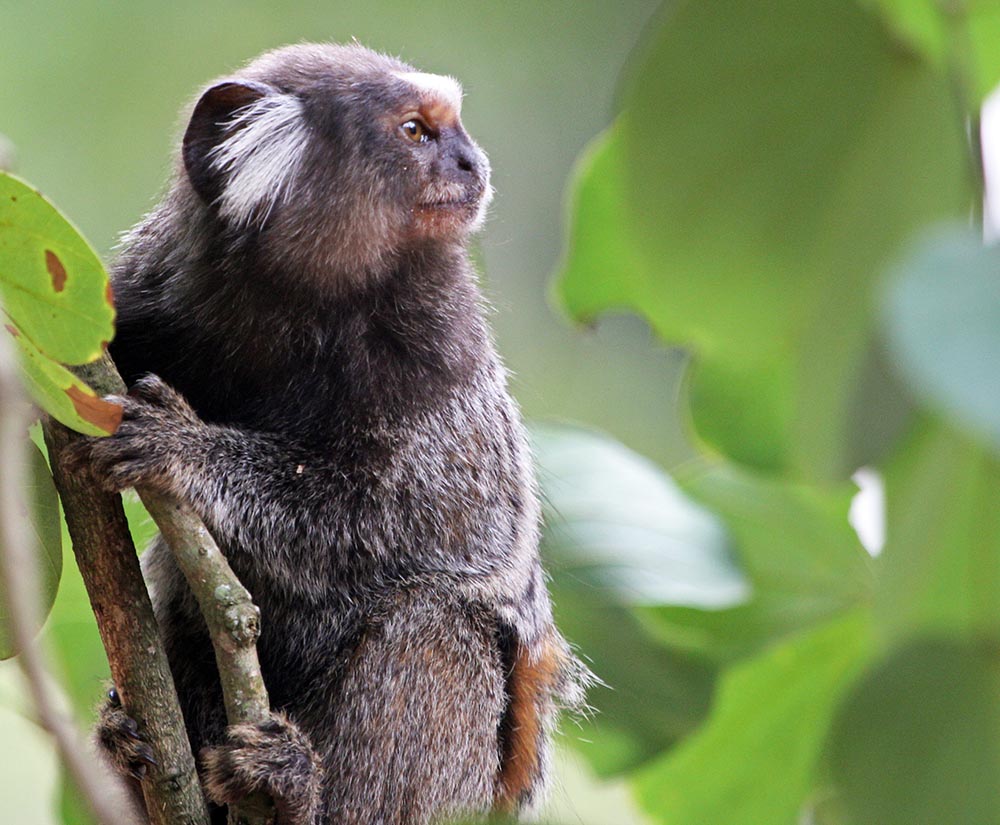 Callithrix jacchus, 'Common Marmoset'. Found in Atlantic forest and other habitats in north-eastern Brazil, including being introduced into Rio.

The monkey Marcel from friends was a capuchin! 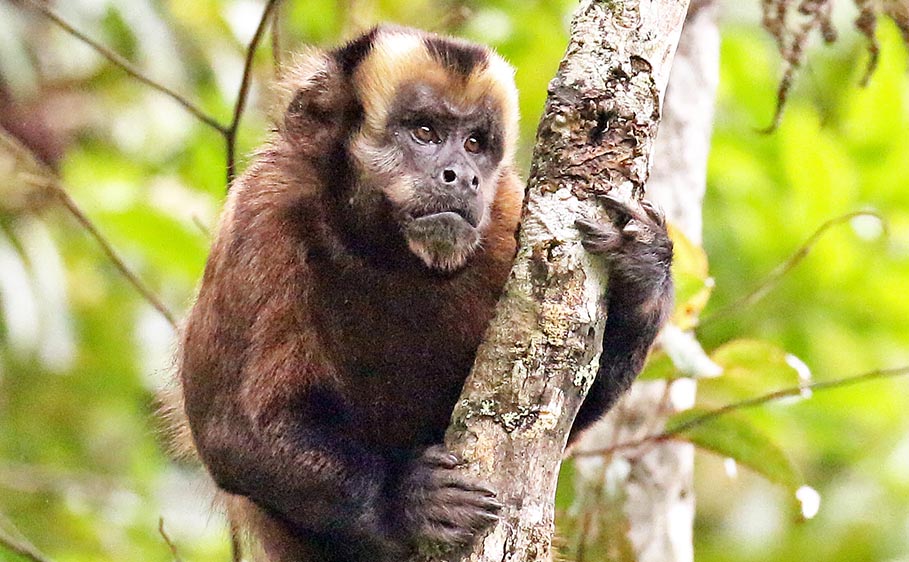 Squirrel Monkey taxonomy is quite confusing as there has been many recent studies shifting species around. 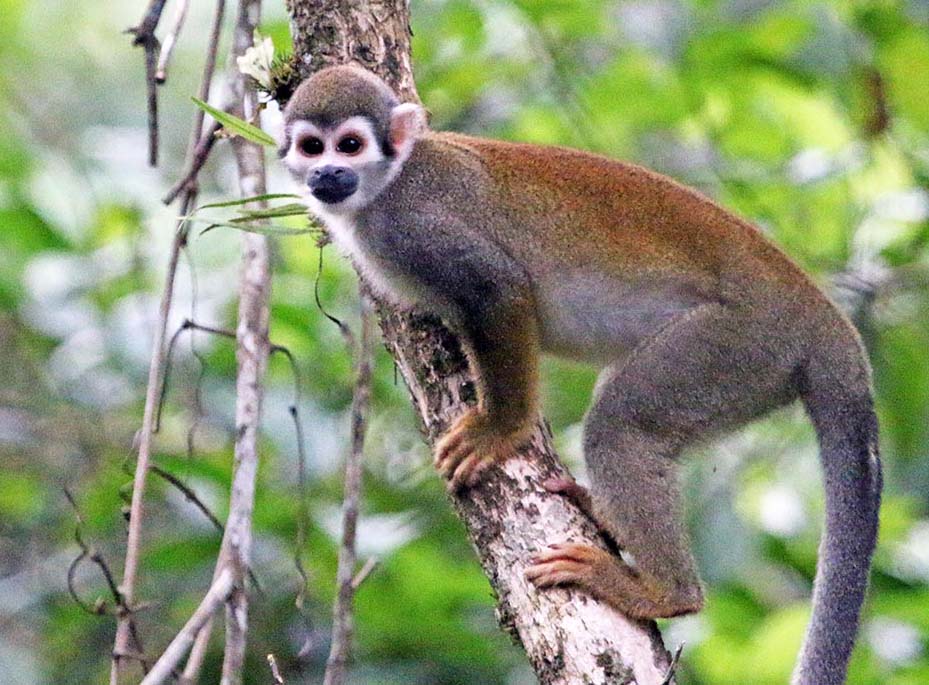 There are lot of species of Titi monkey! Recent taxonomic classification studies has revealed many are endemic to small areas. They usually have brown, grey or reddish colours. Some species have a different coloured forehead or a unibrow. Unusually for primates, they mate for life. Poor buggers. They are found in tropical rainforest in South America. 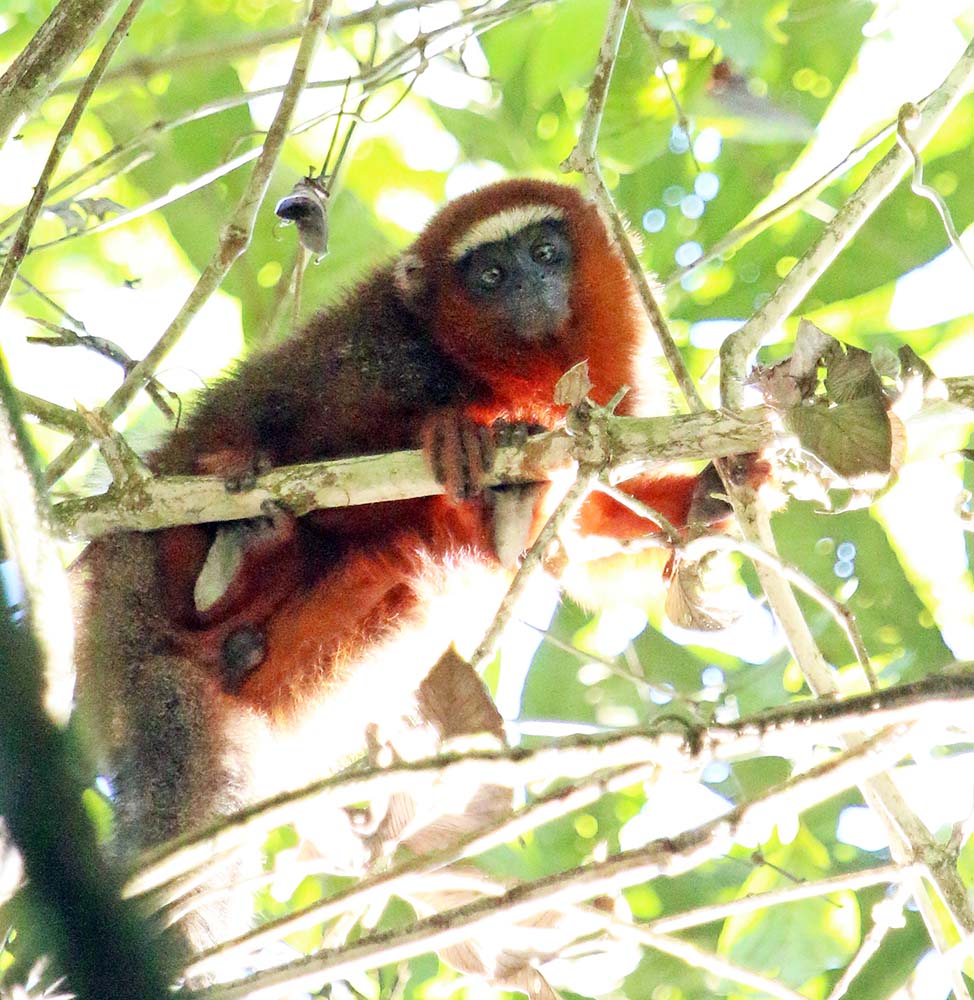 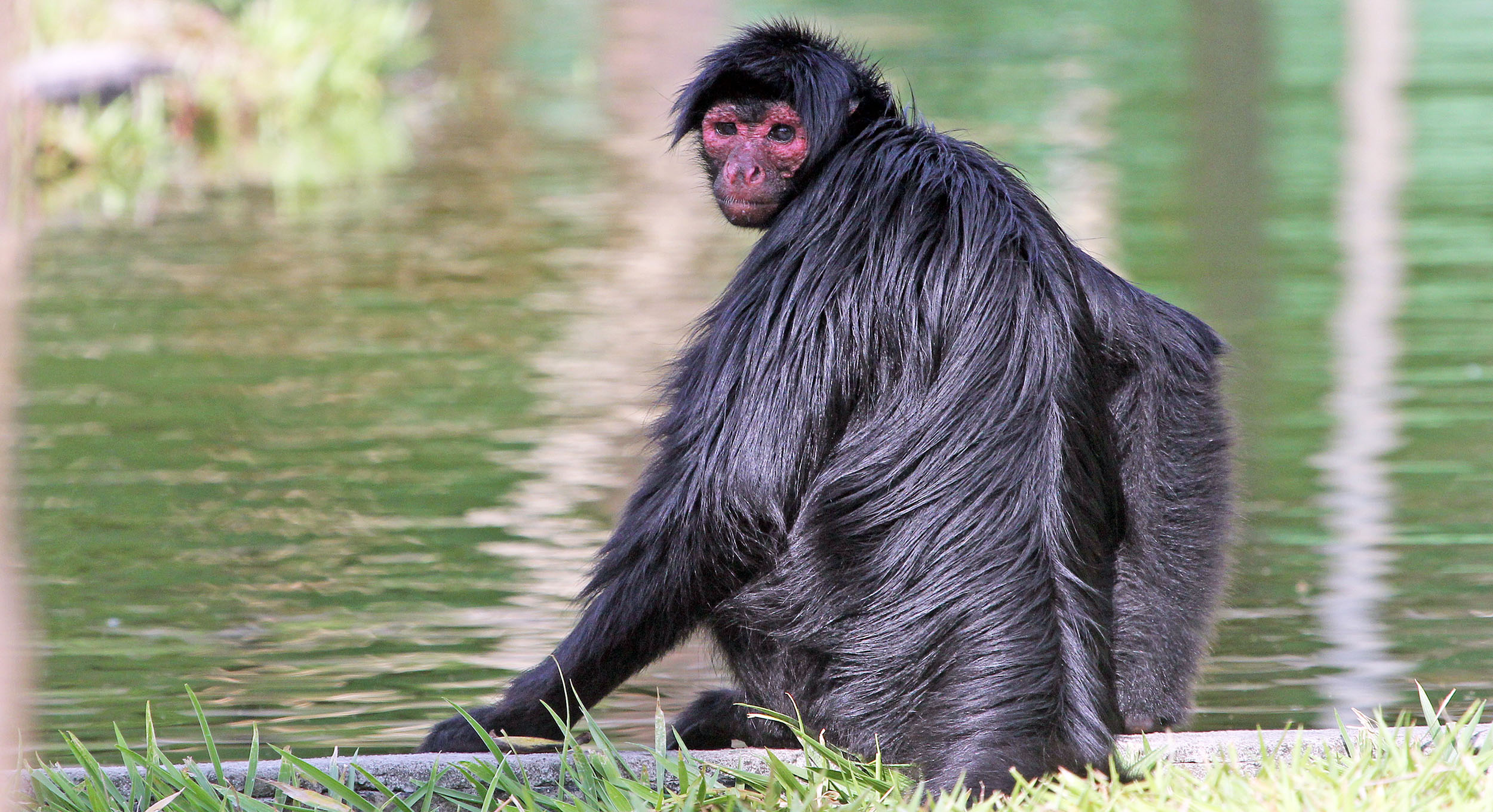 (In captivity in Manaus Zoo, Brazil)

Ateles paniscus, 'Red-faced Spider Monkey'. In the wild these monkeys are very agile and therefore live in the high canopy. They are found in undisturbed primary rainforest in northern South America. 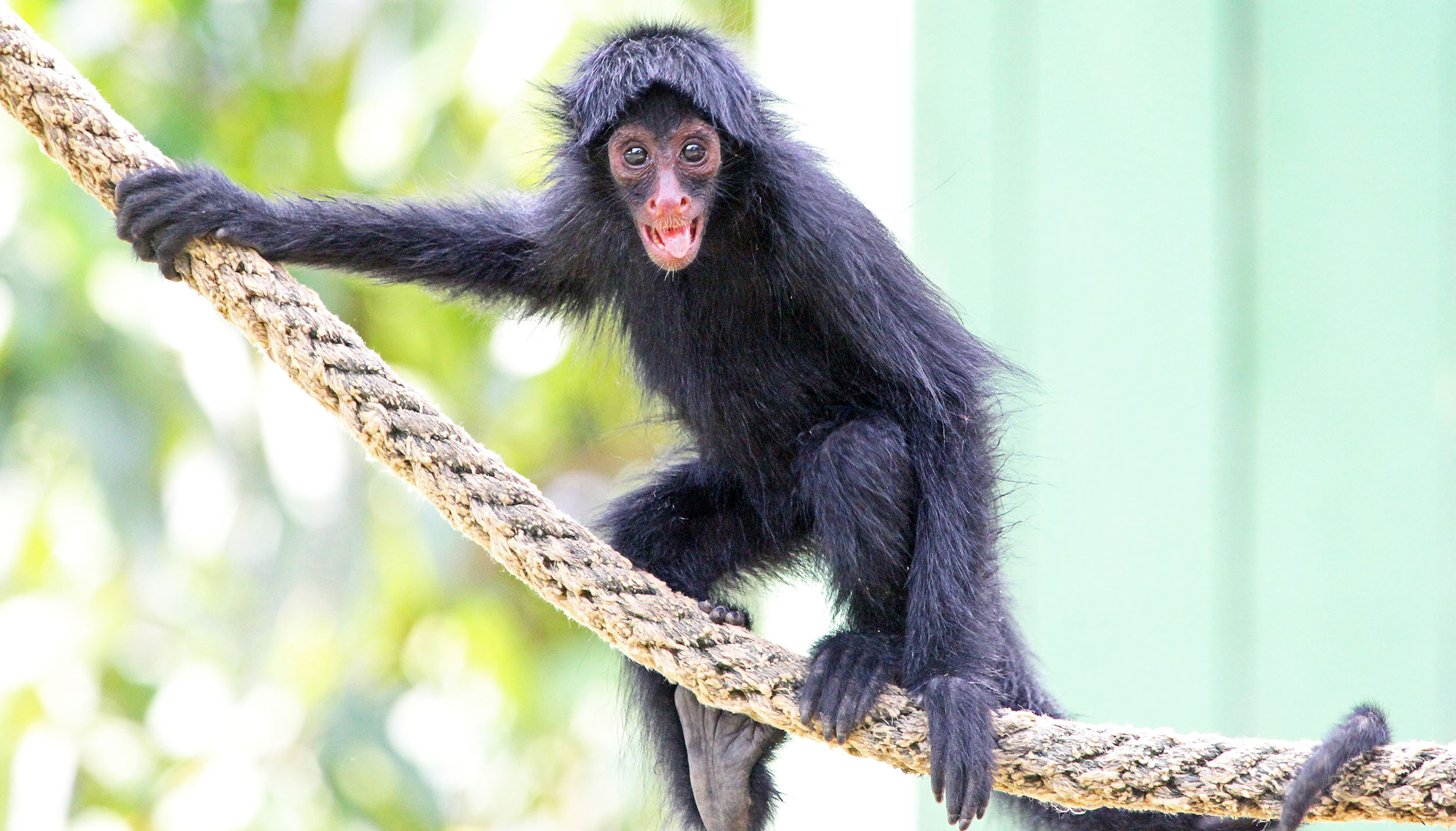 (In captivity in Manaus Zoo, Brazil) 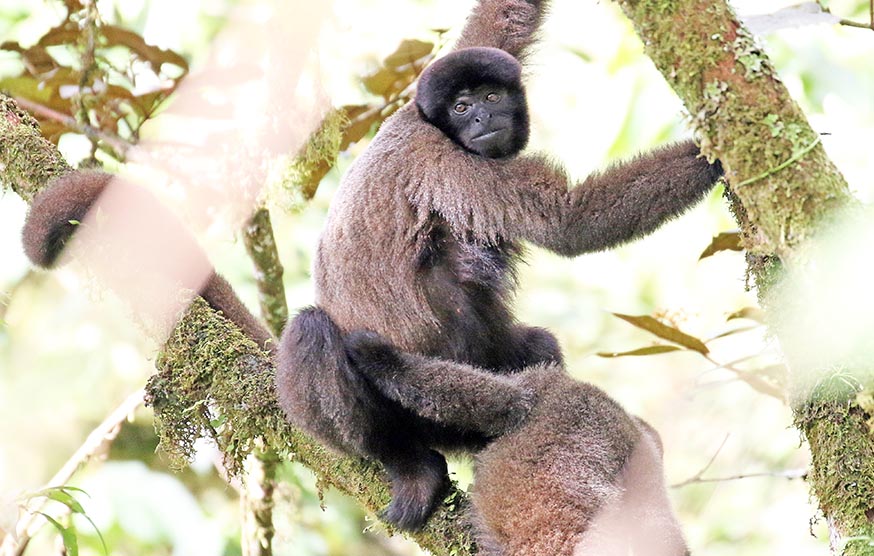 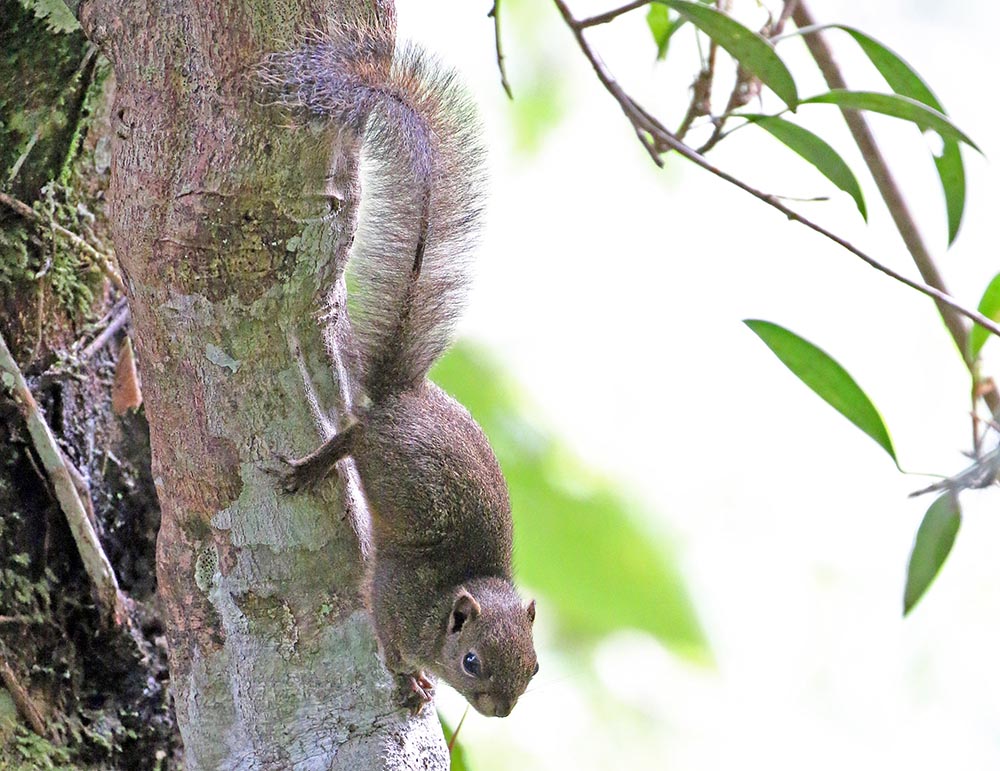 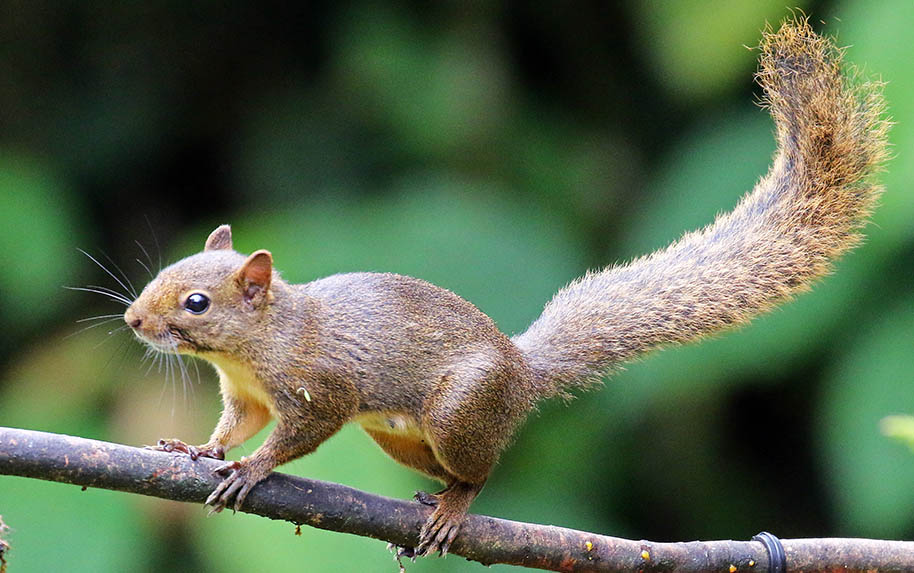 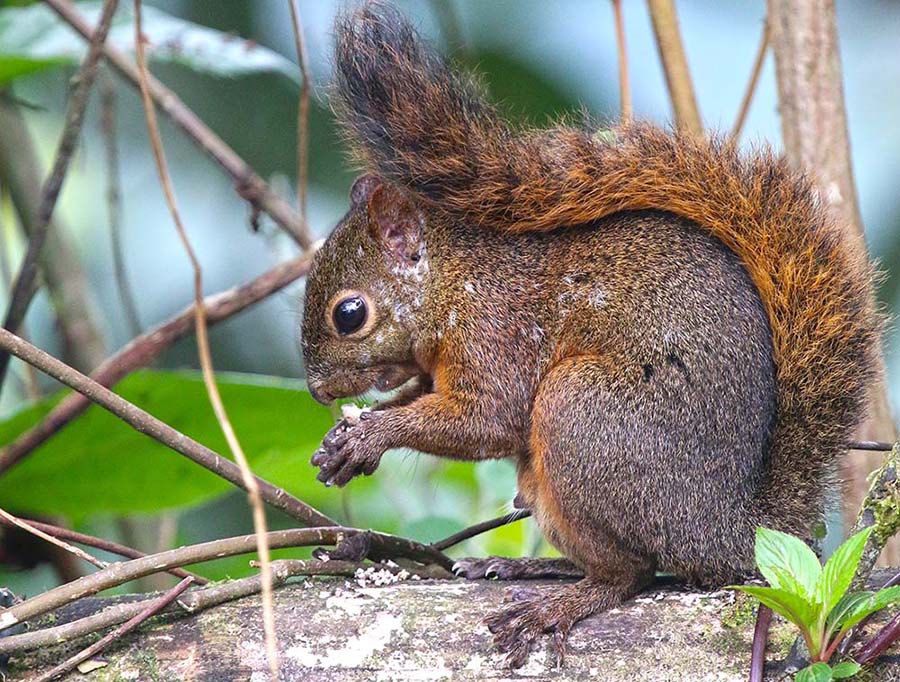 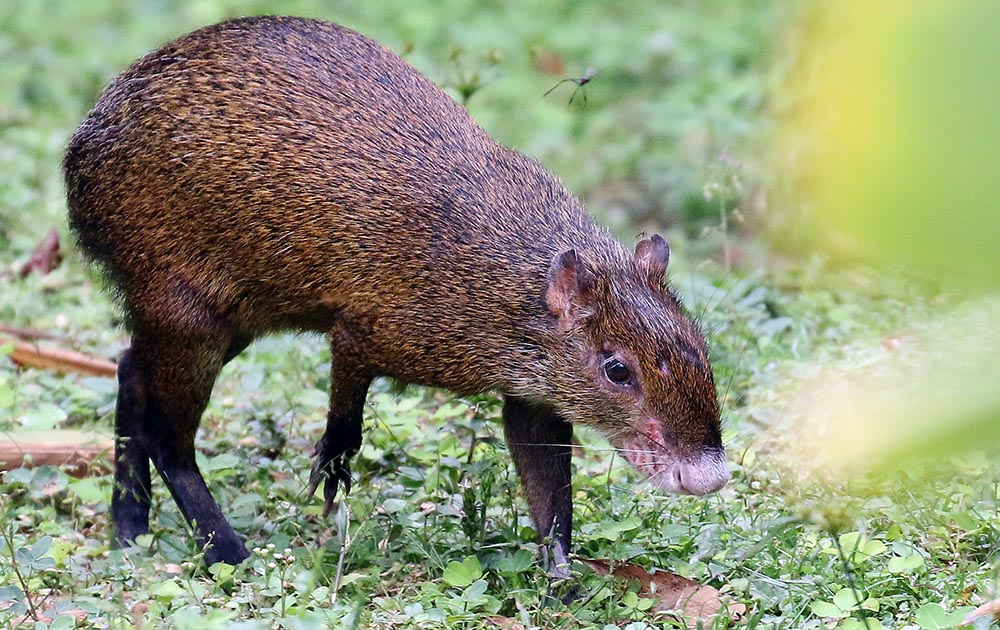 What a cutie is the little agouti! (Cock of the Rock Lodge, Peru) 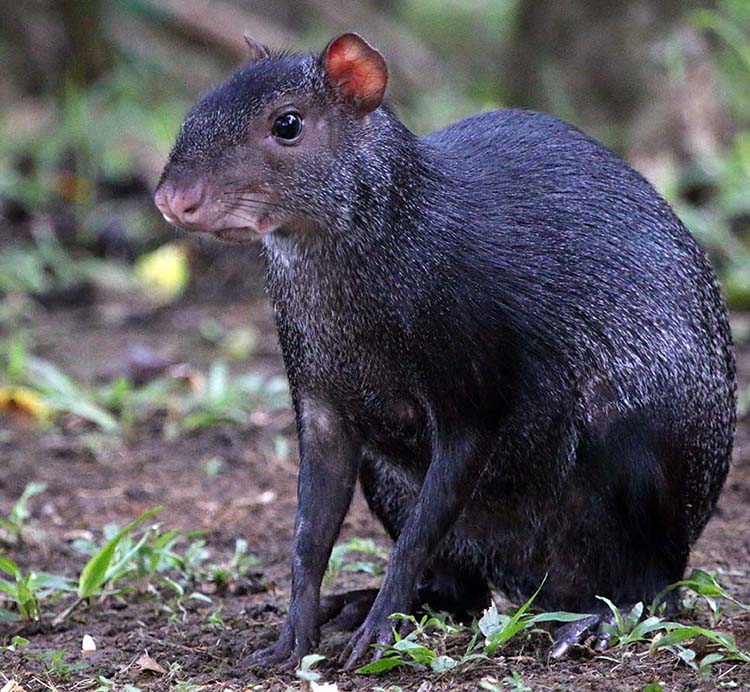 Peccaries are related to pigs, but different enough to now be placed in their own family. There are three species of Peccary. They are known by various other names, including 'Javelina' and 'skunk pigs' or 'musk hogs' due to their strong smell. They usually form herds, marking their territory with scent glands. Large groups can usually be smelled before they are seen, with some having an odour I found to be like chicken soup! Groups of peccary have been recorded to injure and even kill humans. They can make a chattering noise with their tasks as a warning. 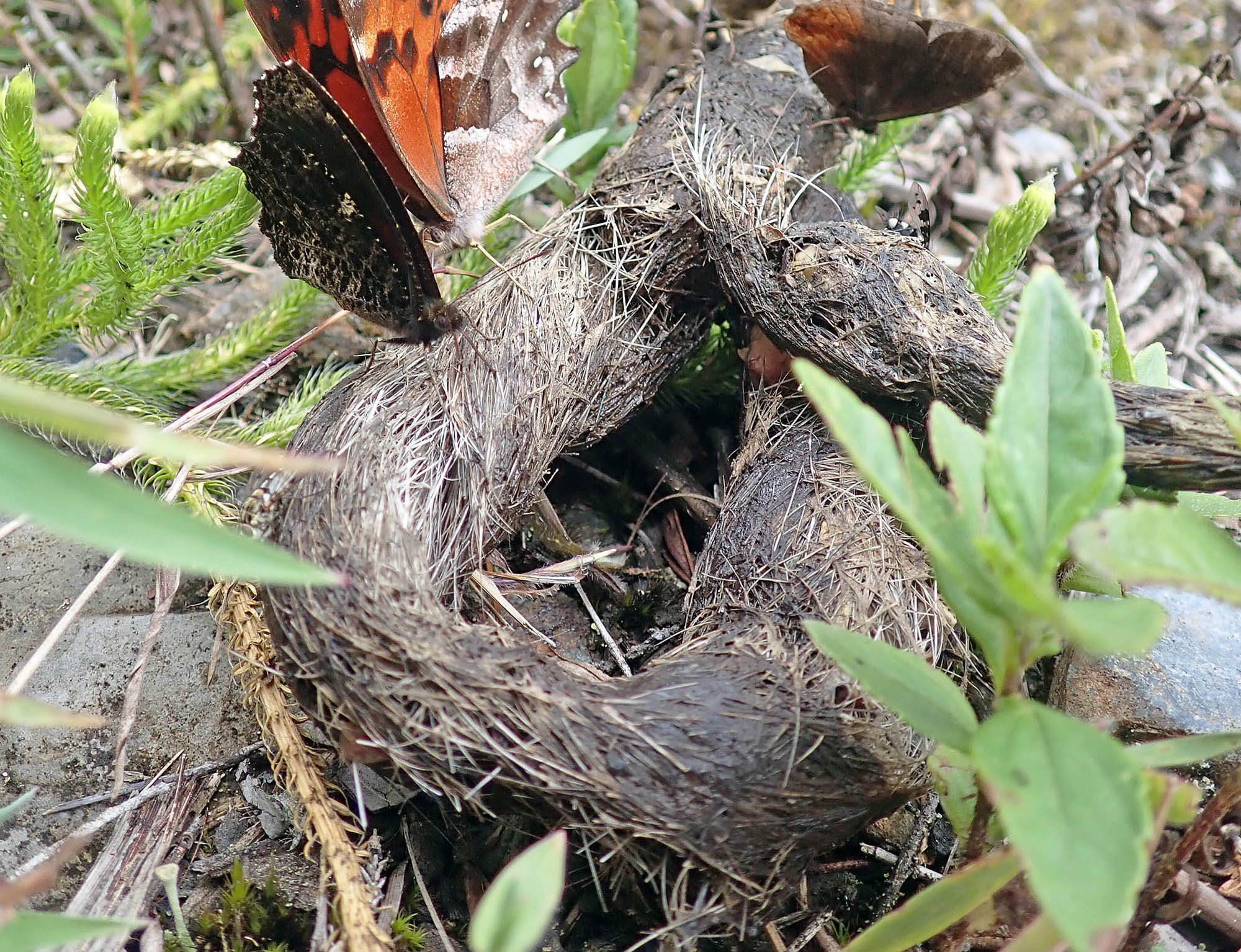 The scat of carnivores is often recognised by the hair in their scat from their prey. Some parts of animals, such scales, cuticles and hair are not as easily digestible, so they pass through the carnivore more or less intact. This not only occurs with mammal carnivora, but also hunting birds such as owls and eagles. 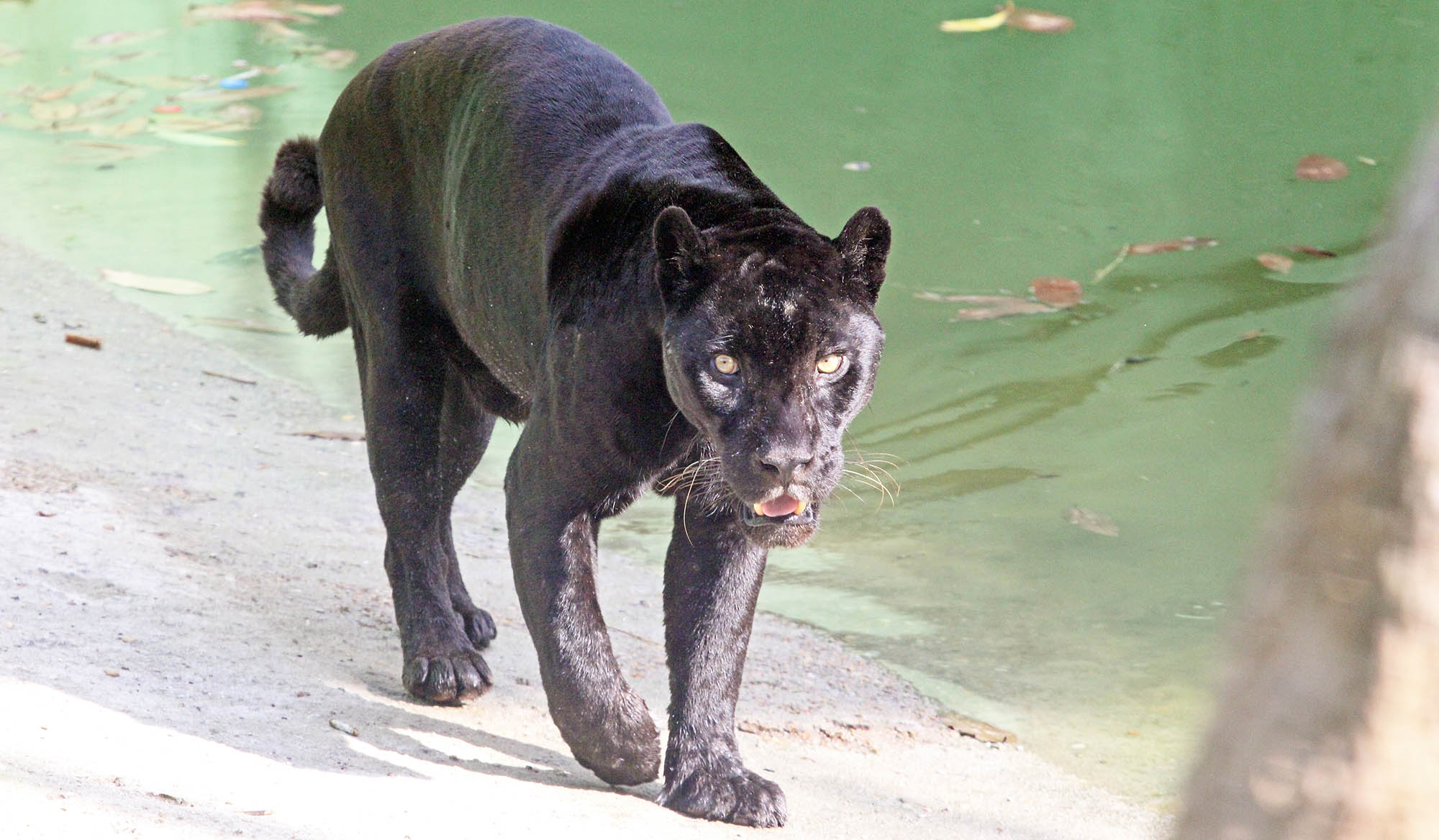 Panthera onca, 'Jaguar'. The biggest cat in the Americas. Melanistic forms of both (Old World) Leopards and (New World) Jaguars are known as 'Black Panthers'. 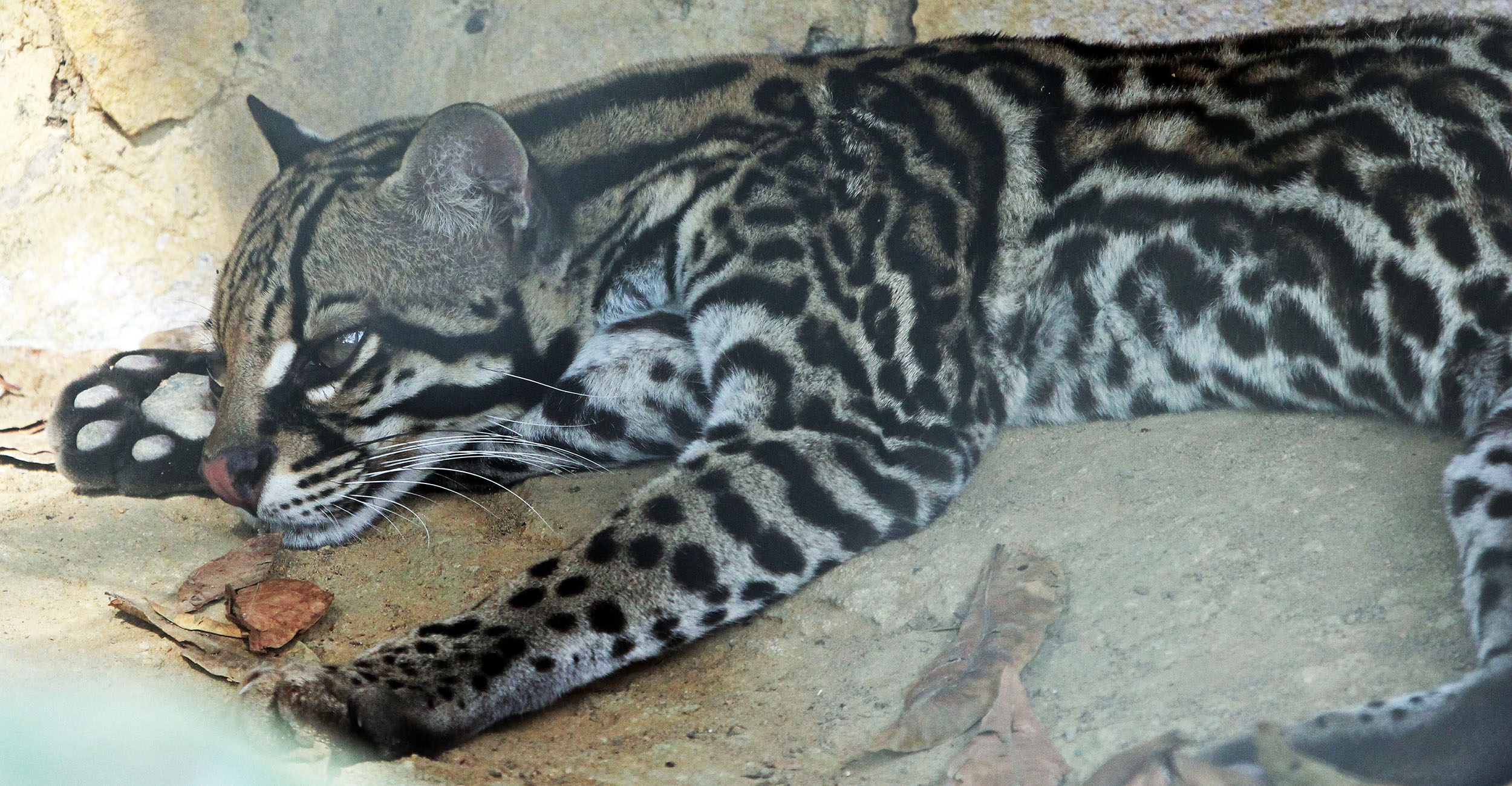 Leopardus pardalis, 'Ocelot'. Medium sized but striking cat, body grows up to 100cm (not including tail). Mostly nocturnal and crepuscular. Found in South America south to Argentina and north through Central America to south-western U.S.A.