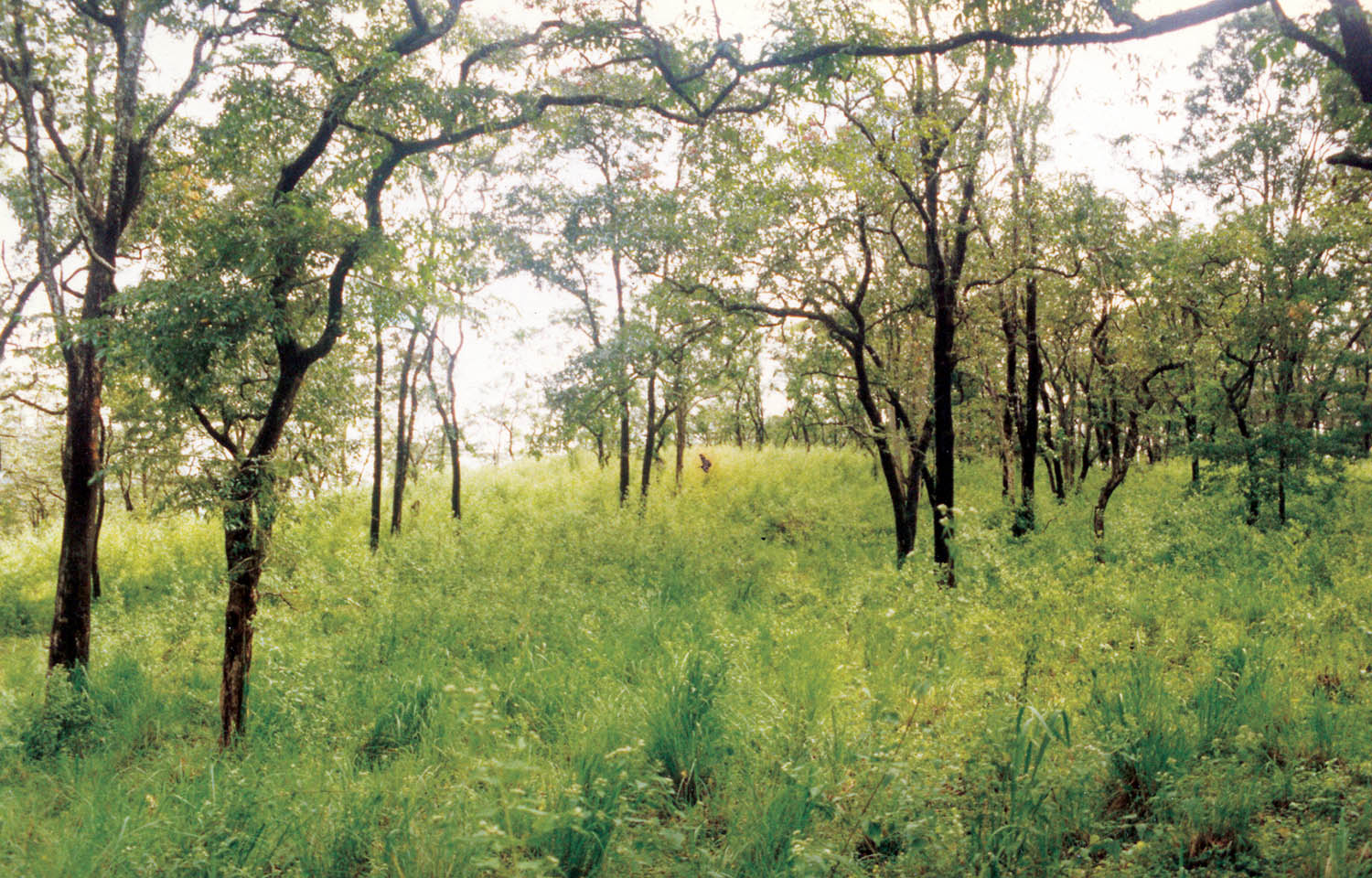 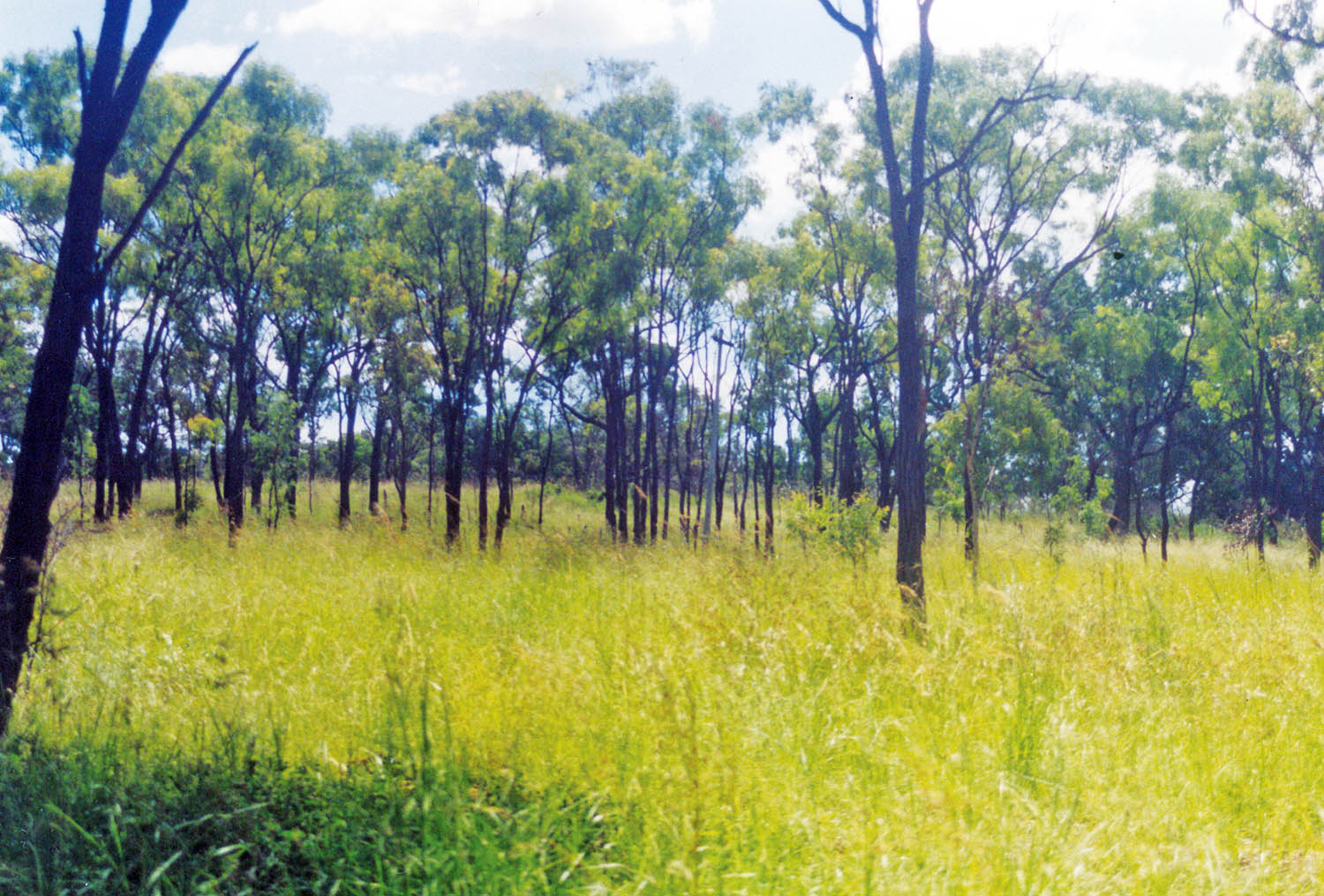 Despite the similarity in appearance of tropical open woodlands around the world, the species composition is quite different. For example, the open tropical forest and savanna woodlands may be dominated by Acacia and elephants in southern Africa, and by Eucalyptus and kangaroos in Australia, but they both appear physically similar. The two images of savanna woodlands show this parallel development in similar conditions; on the left is India, on the right is Australia. (Or maybe it is the other way around?) 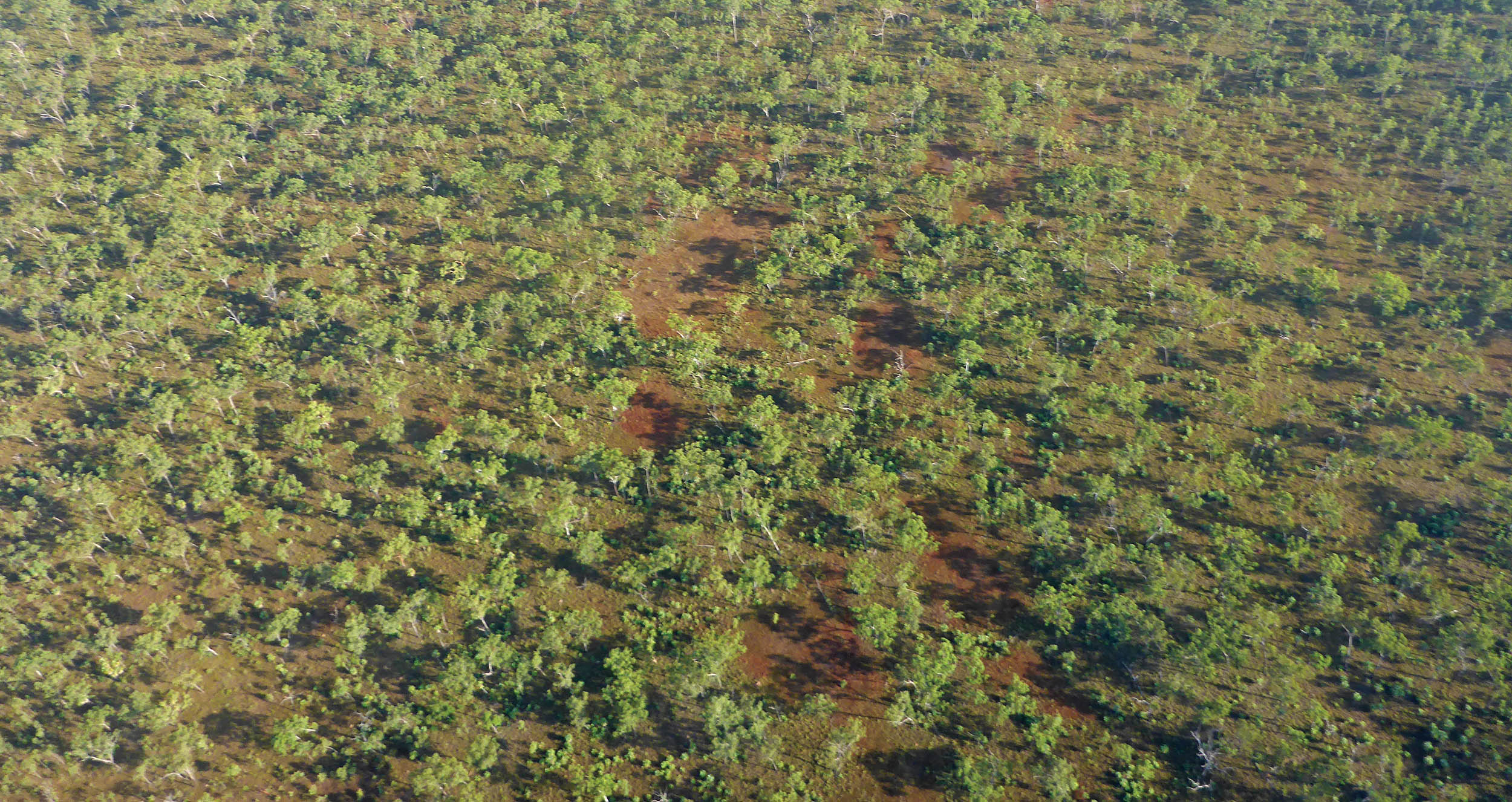 There are many different habitat structures and vegetation types that are within what I define as the "Tropical Woodlands”. The tropical open forest is the common default expression of the dry seasonal tropics on average land in northern Australia. The open canopy is usually dominated by Eucalypts, such as Eucalyptus miniata and E. tetradonta across much of northern Australia. The shrubby understorey can vary but includes various Acacia, Proteaceae species, or even cycads. And of course grasses dominate at the ground level. Savanna and tropical grasslands are the purest definition of 'savanna' at an international level, based mainly on the well known grassland plains of Africa, however these are somewhat modified and opened up by their very large herbivorous mammals and humans. In Australia, these more open tropical grasslands can develop because of different situations, such as exposed and/or low nutrient sandy soils, or seasonally flooded plains. 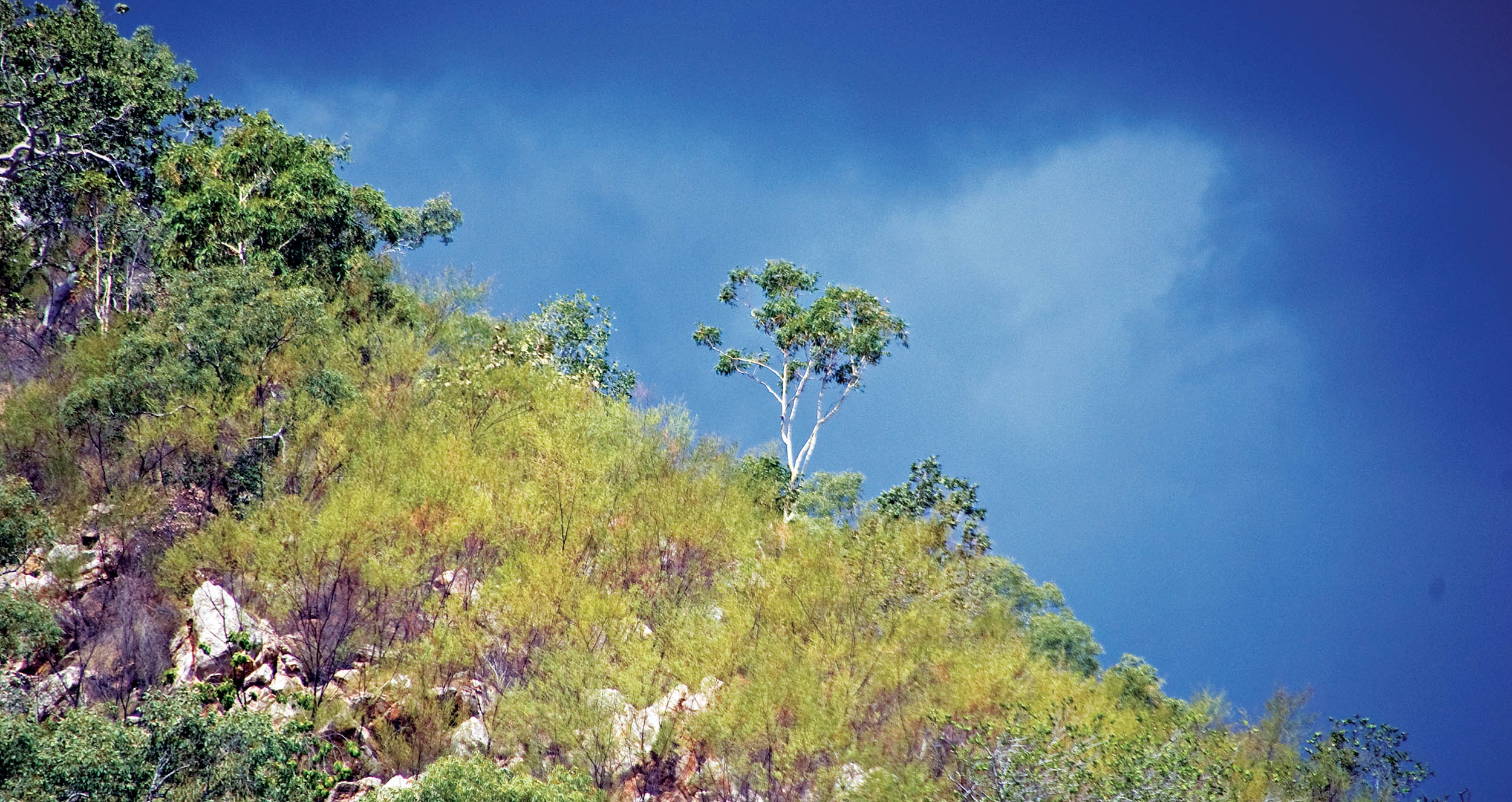 The heaths and woodlands growing on the rocky plateaus, cliffs, and along ridges, are characterised by their challenging conditions; exposed aspects, shallow rocky soils, and slopes with loose sediment prone to wet season collapses and landslides. Ridges and cliffs support specifically rocky adapted Eucalyptus, several species of ‘Rock Fig’, and clumps of spinifex grass. The flatter plateaus are covered in a stunted heath habitat with species such as Calytrix. 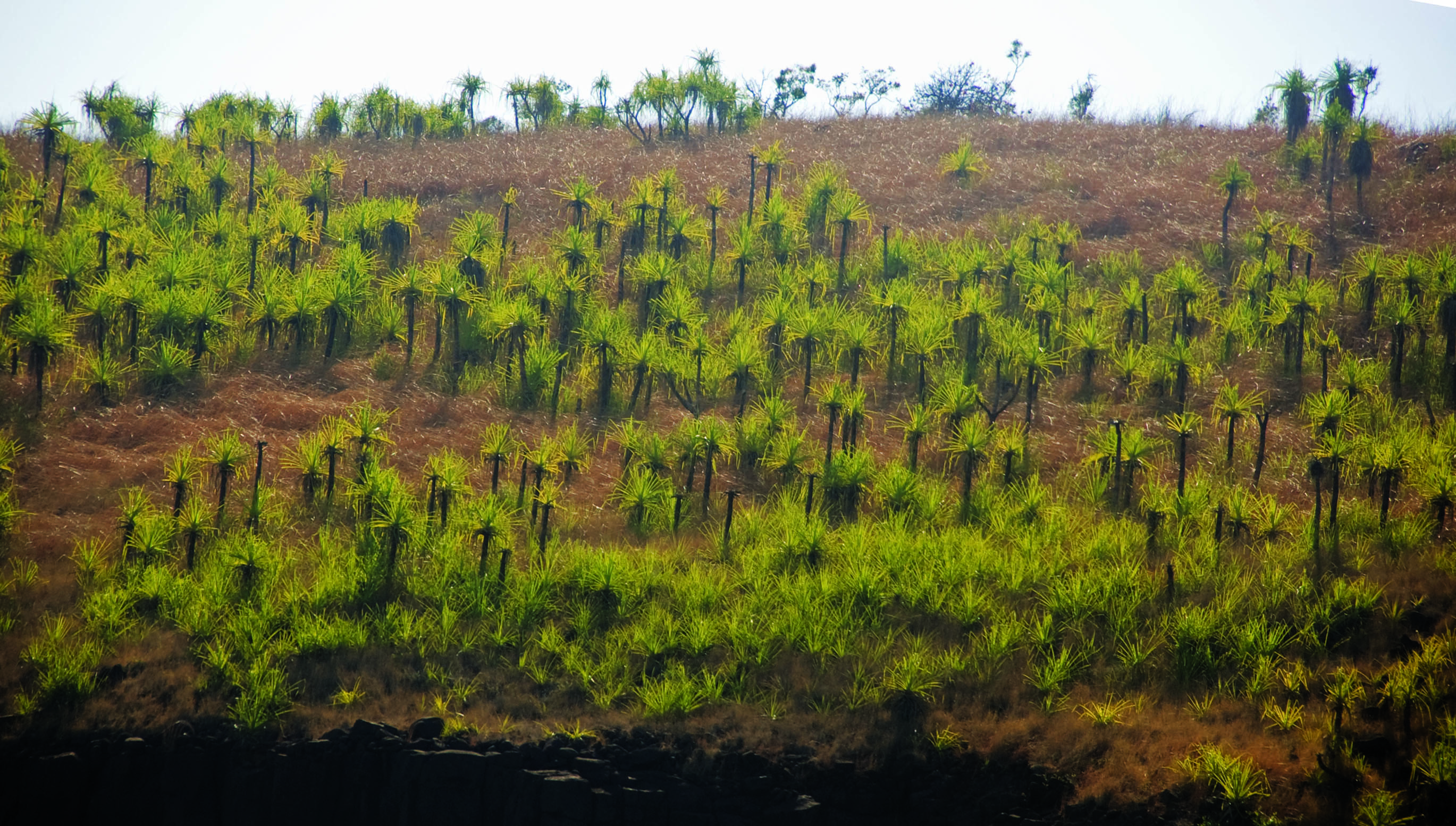 Pandanus dominated grasslands can develop in sandy areas that may get water logged in the wet season. This habitat tends to be more common on islands and other coastal situations. 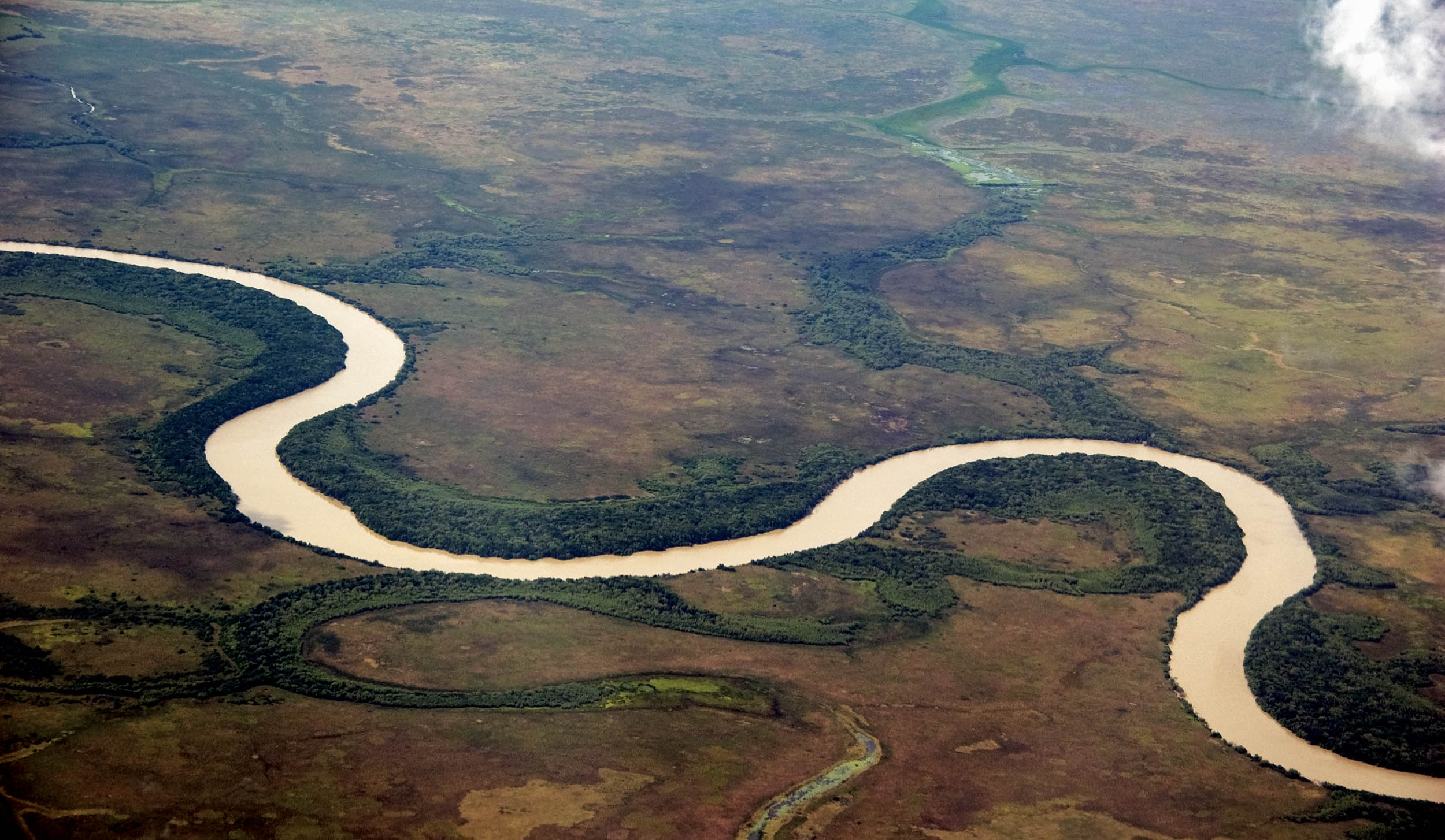 Waterways are the veins of life running through the seasonally dry savanna grasslands and woodlands. These beautiful rivers are oasis for humans as well. They are dominated by species such of Melaleuca along their banks, and may also have sections of obviously darker green monsoon rainforest. 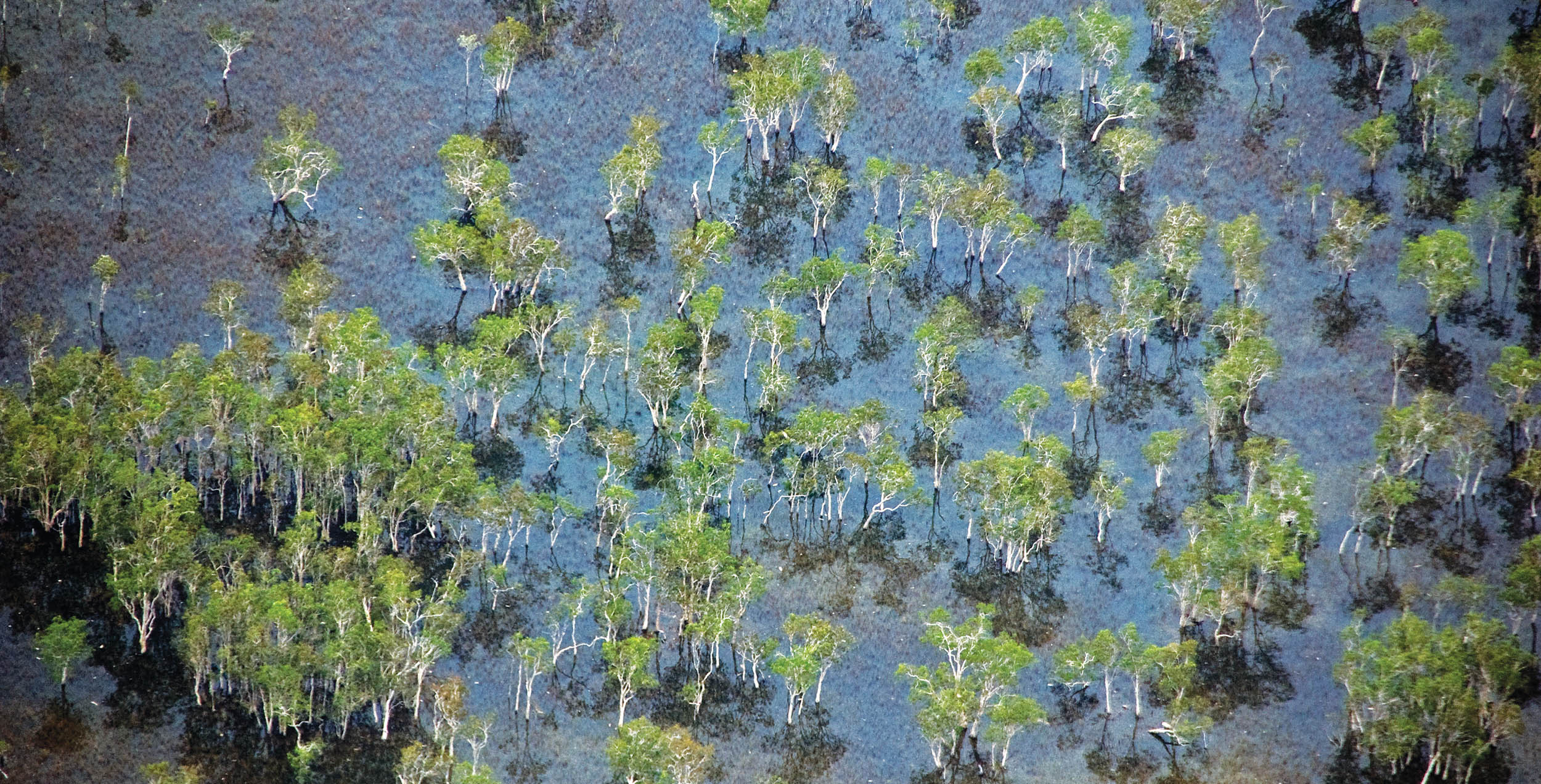 Seasonal Freshwater Wetlands are inundated every wet season. The main trees here are Melaleuca and Pandanus. During the course of the dry they reduce in size and wildlife may congregate around their shrinking pools. In all seasons, they are the best areas for diversity and number of animals. This habitat is covered in the section on Australasian tropical freshwater wetlands. 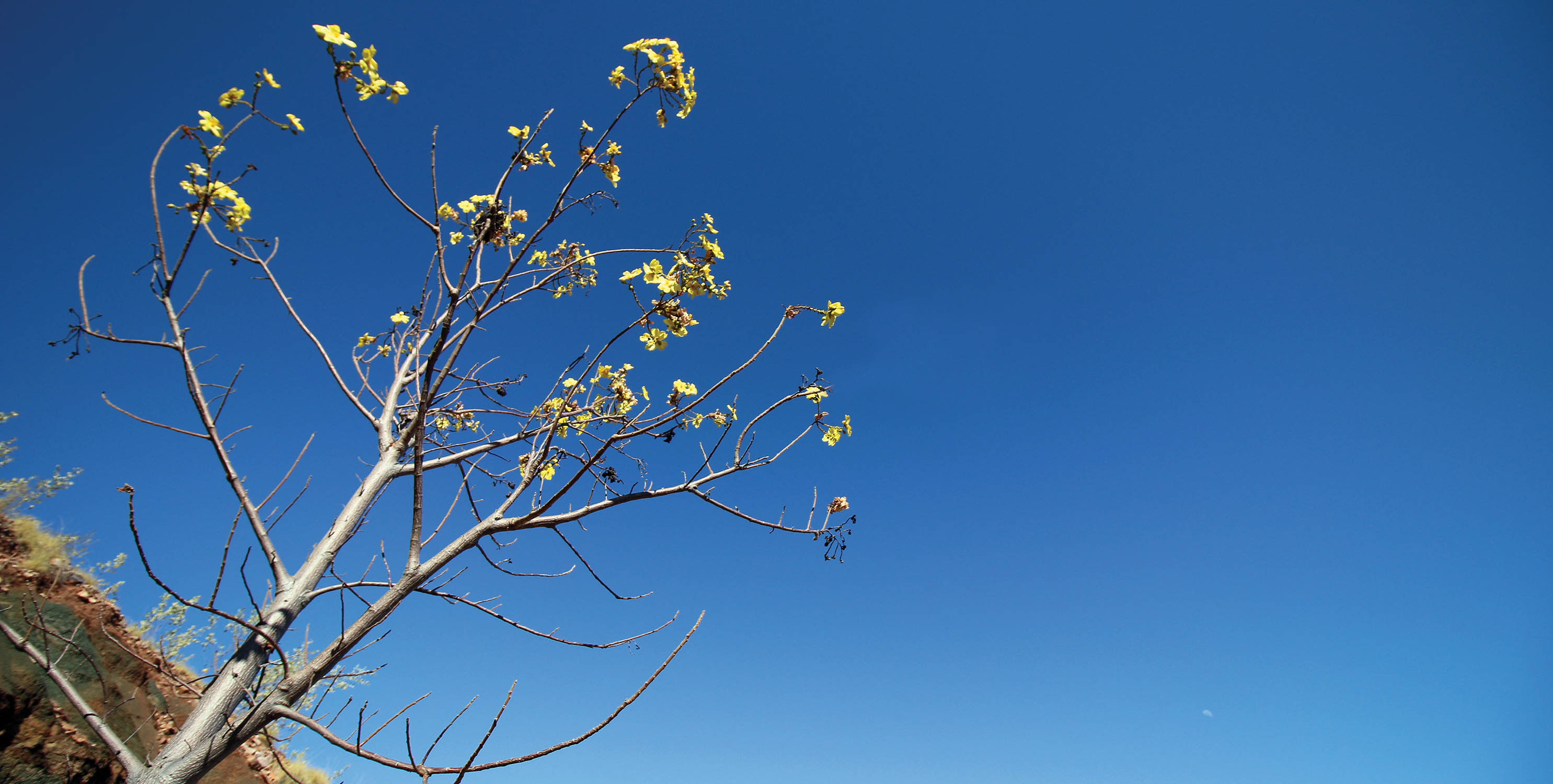 The seasons and their effects are more visually obvious in the tropical savanna than the adjacent tropical rainforests. This is due to the monsoonal rainfall pattern. Today, most Australians recognise two obvious and very contrasting seasons: a ‘wet season’ in summer and a ‘dry season’ in the winter. However, those people that live in a much more exposed position in the environment, such as the various indigenous folks across northern Australia, recognized many different shorter, but distinctive, seasons. For example in southern Cape York, there were 6 seasons for the Aboriginal Kuku-yalanji people, while in the top end, indigenous people recognised up to 8 distinct seasons. These days, people that work in the field for more than a few years also start to recognise these distinct seasons. 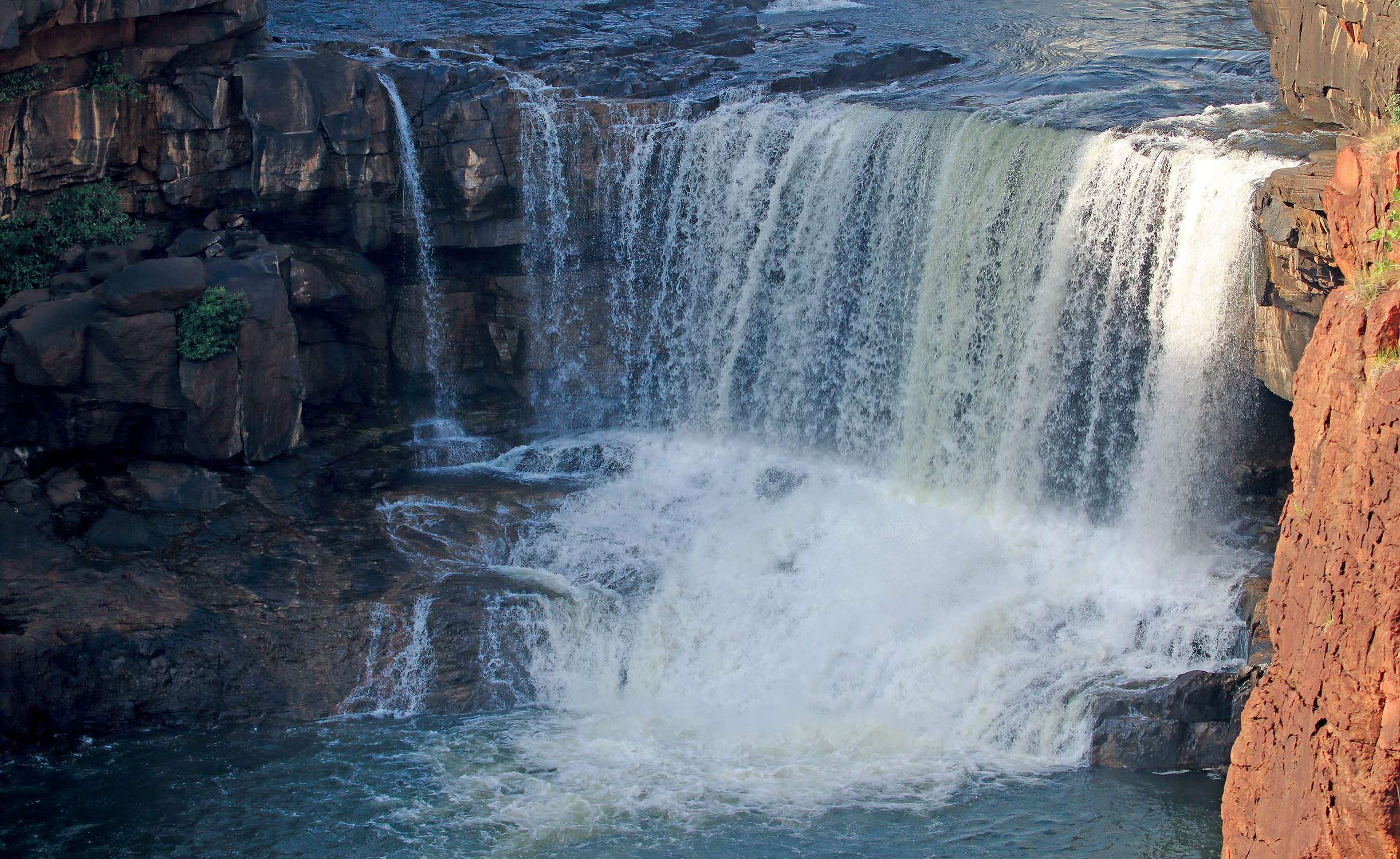 When the rain falls in the 'wet season' it really falls. Within a relatively short summer monsoon season from December through to April, several metres of rain is dumped on the land. This can often occur in torrential downpours. The drops are literally larger and heavier than temperate rain. Colours start to become saturated with the increased humidity in the air and the generally glistening wetness produced by rain. 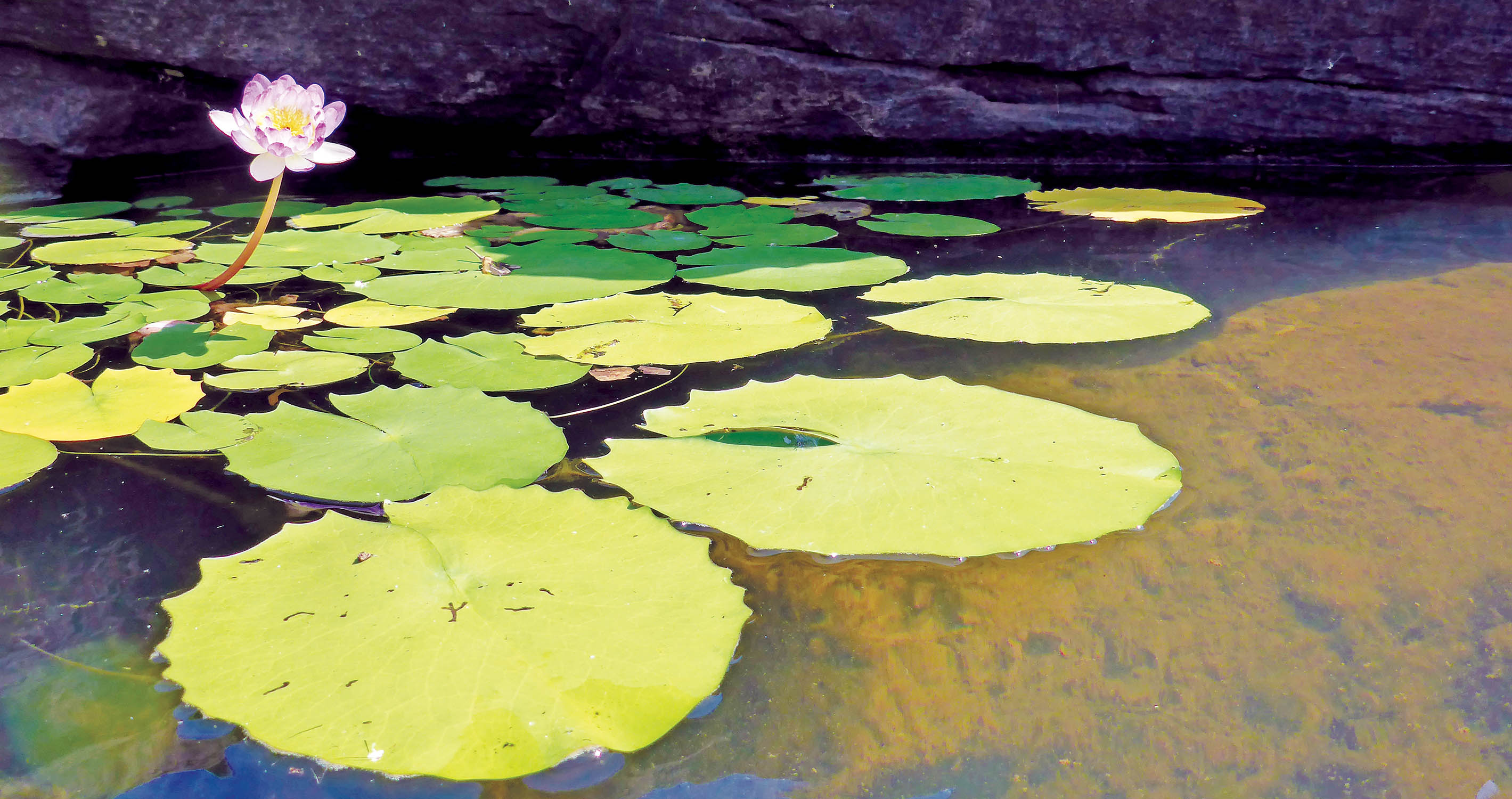 The ‘underwater time’ occurs after the violence of the ‘build-up’ thunder and lightening, and the constant rain of the wet; this ‘autumn’ is a calmer time of slightly dropping temperatures and flooded plains. If it has been a good wet, there are pools of water everywhere. At the beginning of the ‘dry’, a flight across the country reveals glints of sun reflecting off pools of water in every rock hole and crevice. 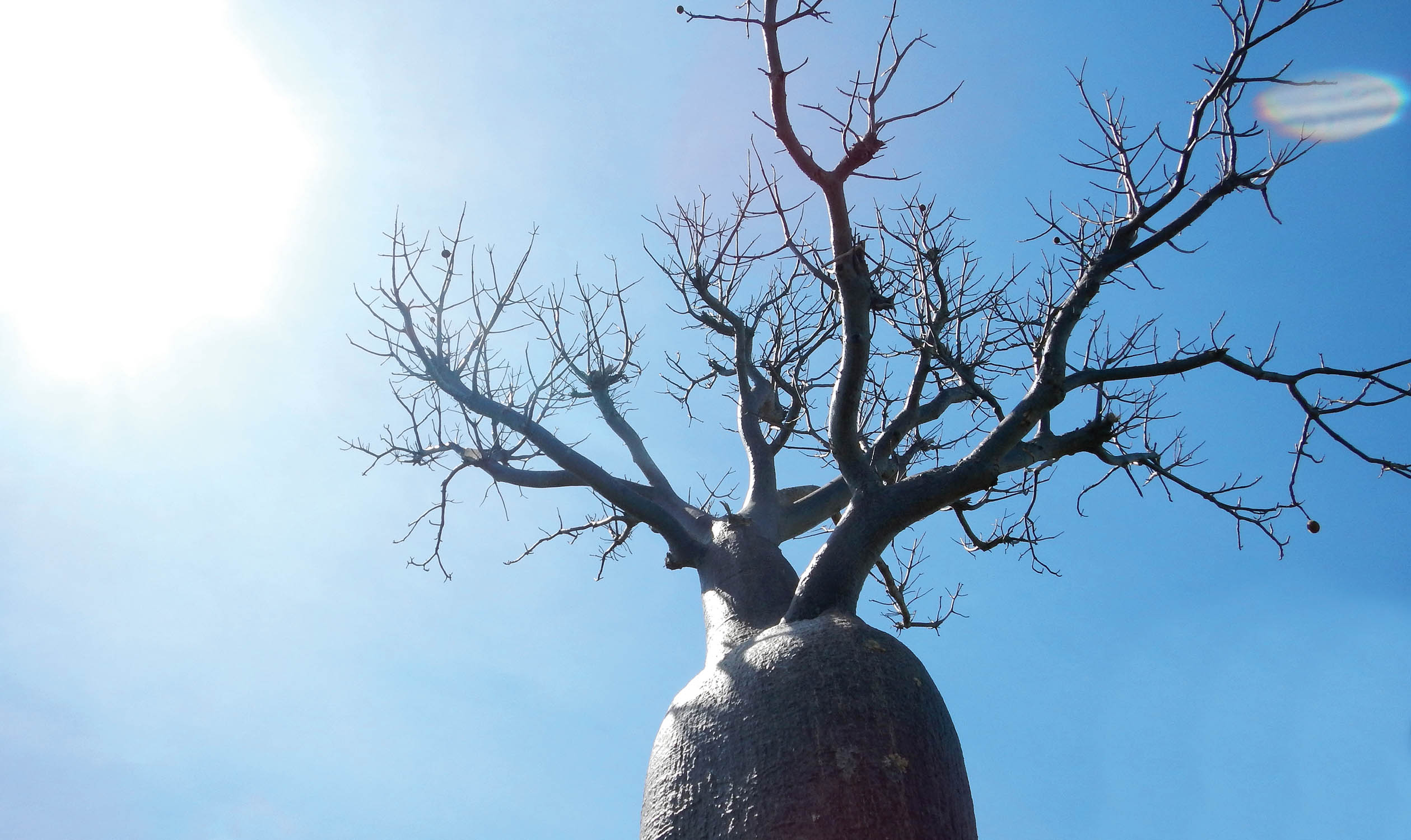 The 'cool dry season' dominates much of the year across northern Australia. It may not rain for months. The nights are cooler. Many Australians don’t think there are native deciduous tees in their country, however there are several that are winter deciduous, losing their leaves in the dry season. This allows easier advertising and access of flowers and fruit to animals. But it is mainly for reducing water loss. 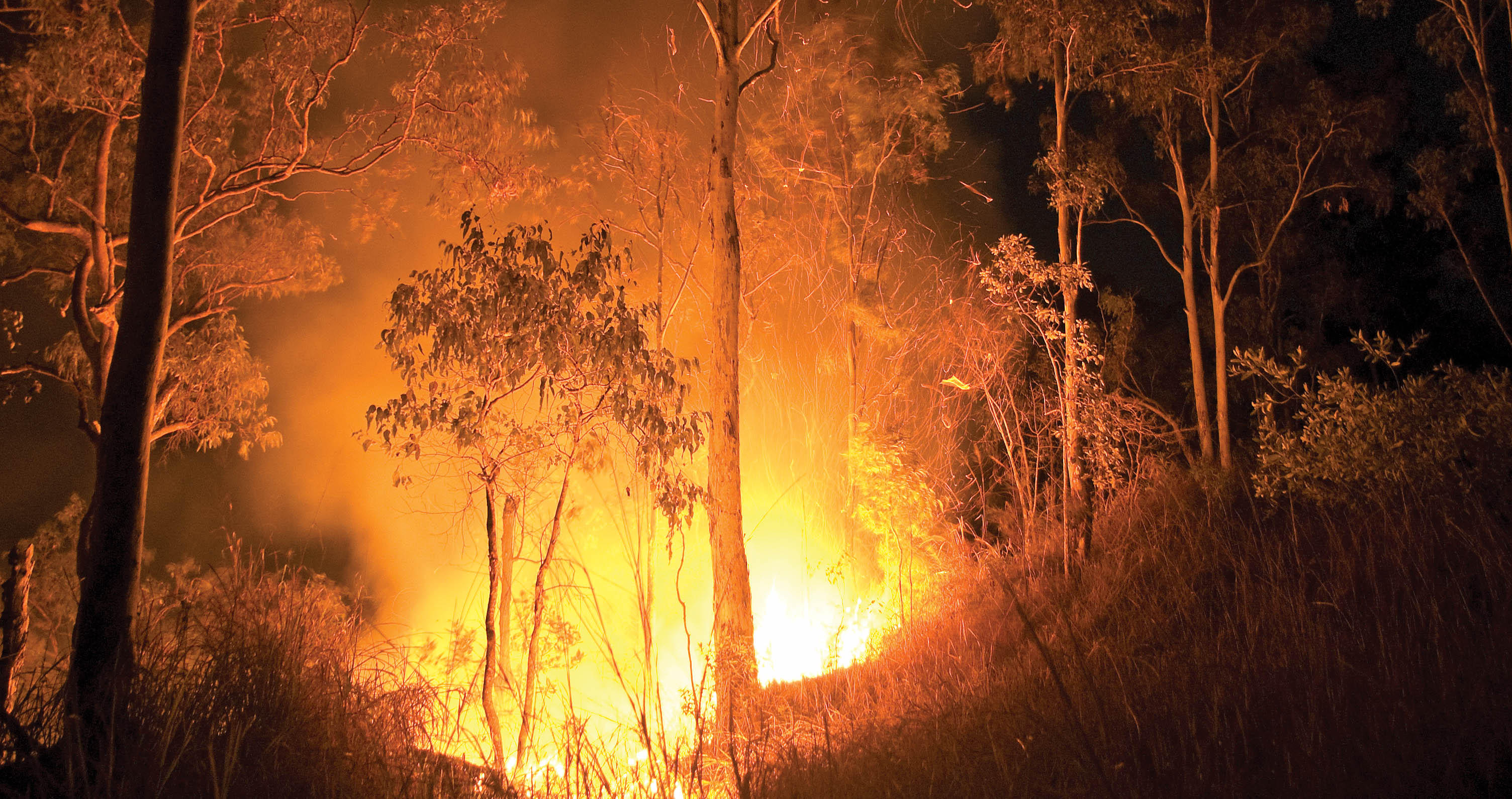 Late dry season. Fires can occur at any time of the dry season. But there is a tendency for them to naturally occur well into the dry season, when things are at their most parched. The fires in the north of Australia are very different from those in the southern parts of the continent. They are merely ‘grass fires’ compared to the sometimes explosive crown fires in the temperate regions. The grass that has been burnt away reappears the following season, with the consistently annual rains.

The ‘build up’ is the time leading into the wet season. The temperature starts to increase, but it is not yet raining regularly. There are often large dark clouds on the horizon. Rain threatens to spill out from the sky, but does not. The increasing humidity is oppressive. This promise of rain but no delivery frustrates people, and the build up is often thought of as a time of ‘craziness’. (And this is in the northern parts of Australia where we are not considered the most normal of people to begin with!) Long time residents are looking forward to the wet season. When the heavens finally open up, it is like going to the toilet after having to hold it in. For six months. The first rains usually fall before Christmas. They offer relief both to people dealing with the increasing heat, but also to plants. At this time, small bright green blades of grass begin to erupt from the sparse ground cover, which is often black from previous fires. And thus begins the wet season and we have cycled back again. 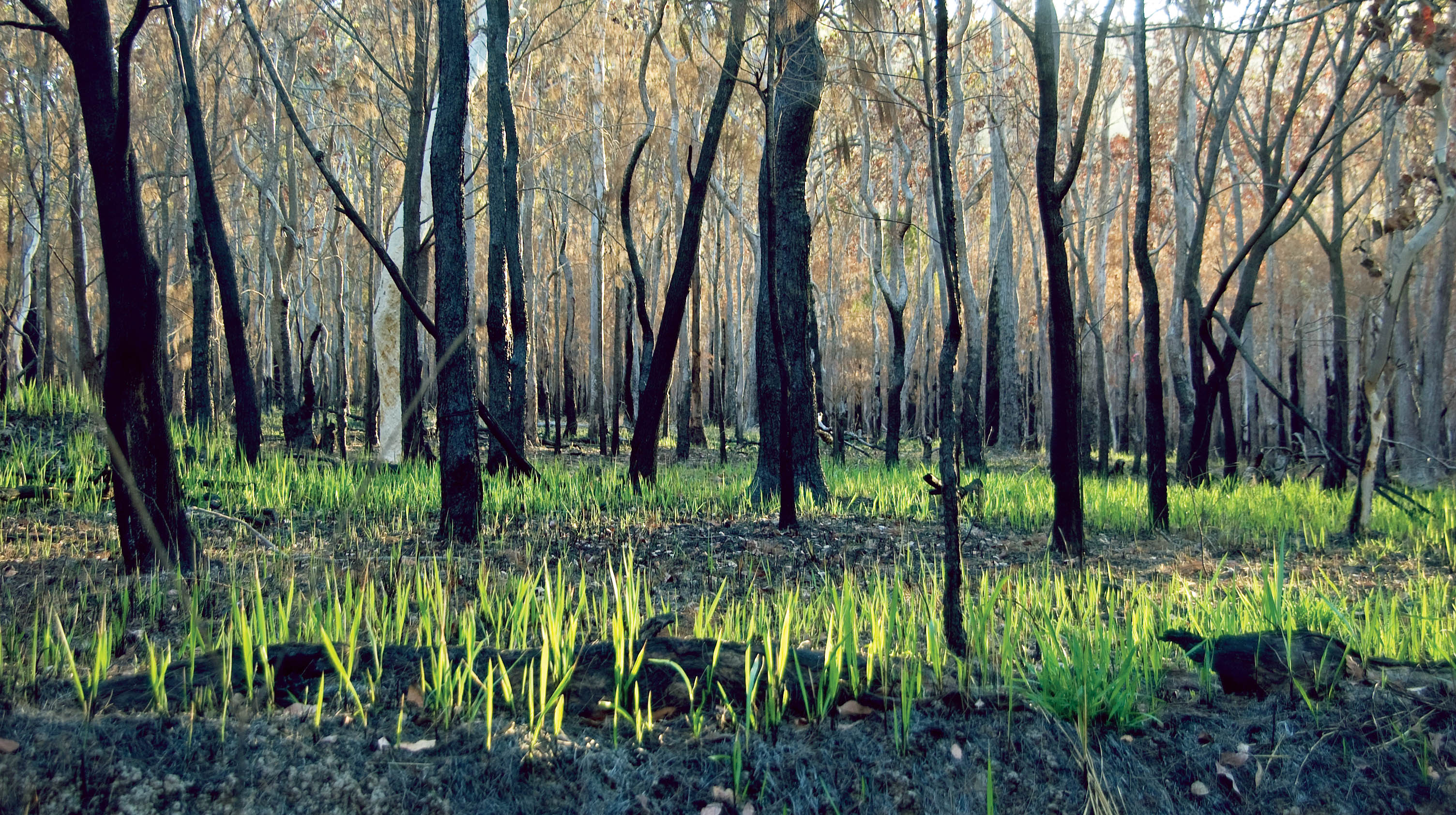 For the page on the plants of the Australian tropical savanna 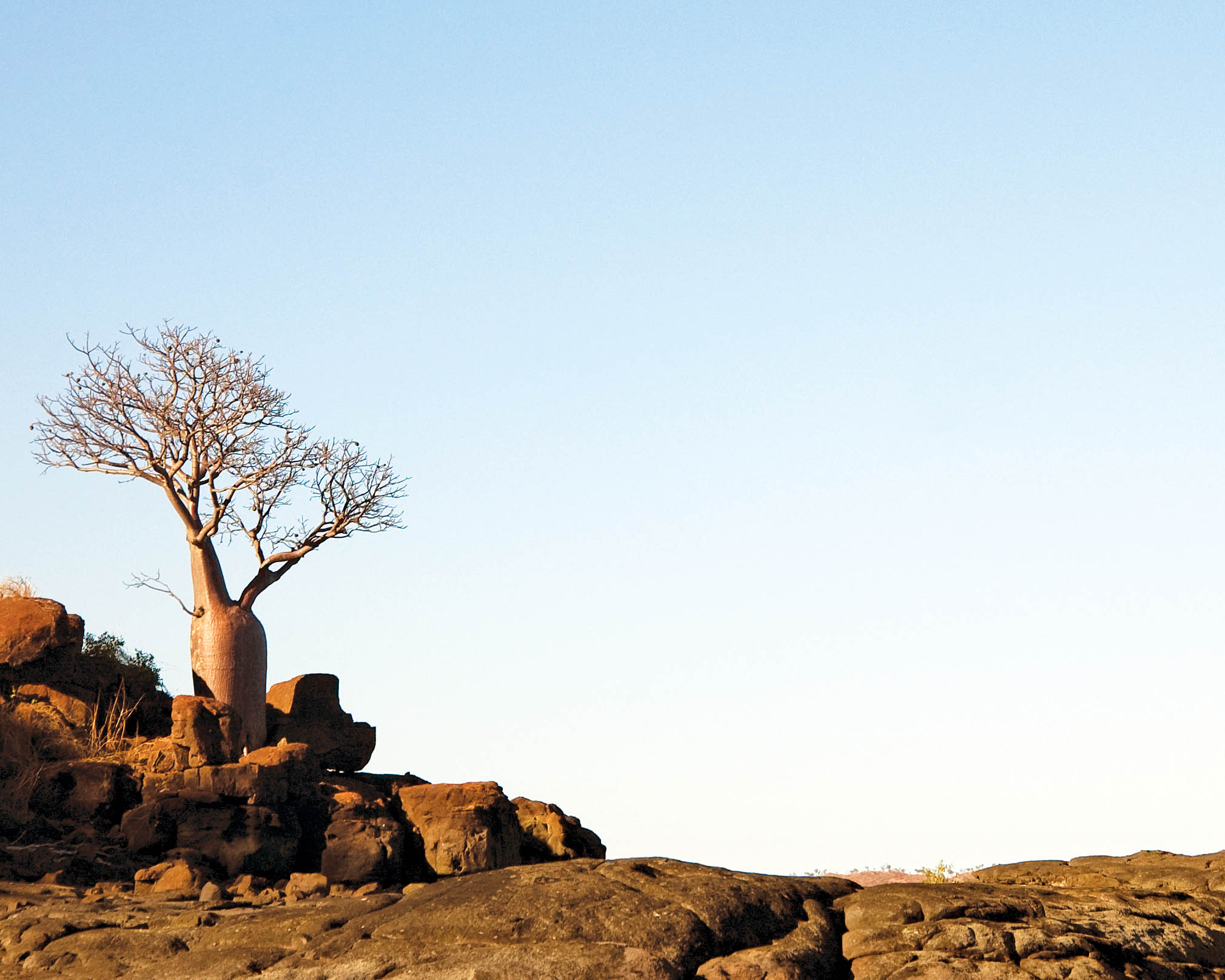 One of the highest groups of diversity in the Australian tropical woodlands are the plants. To deal with this variety, I have included only the more common genera and species. I have followed the order of the APG III (Angiosperm Phylogeny Group), which reflects their evolutionary order.

One of the older groups of plants are the ferns. They are not as common or speciose in the tropical woodland a they are in the rainforest, as they require moisture to reproduce.

For the page on invertebrates of the Australian tropical savanna

For the page on the reptiles of the Australian tropical savanna

For the page on the songbirds of the Australian tropical savanna 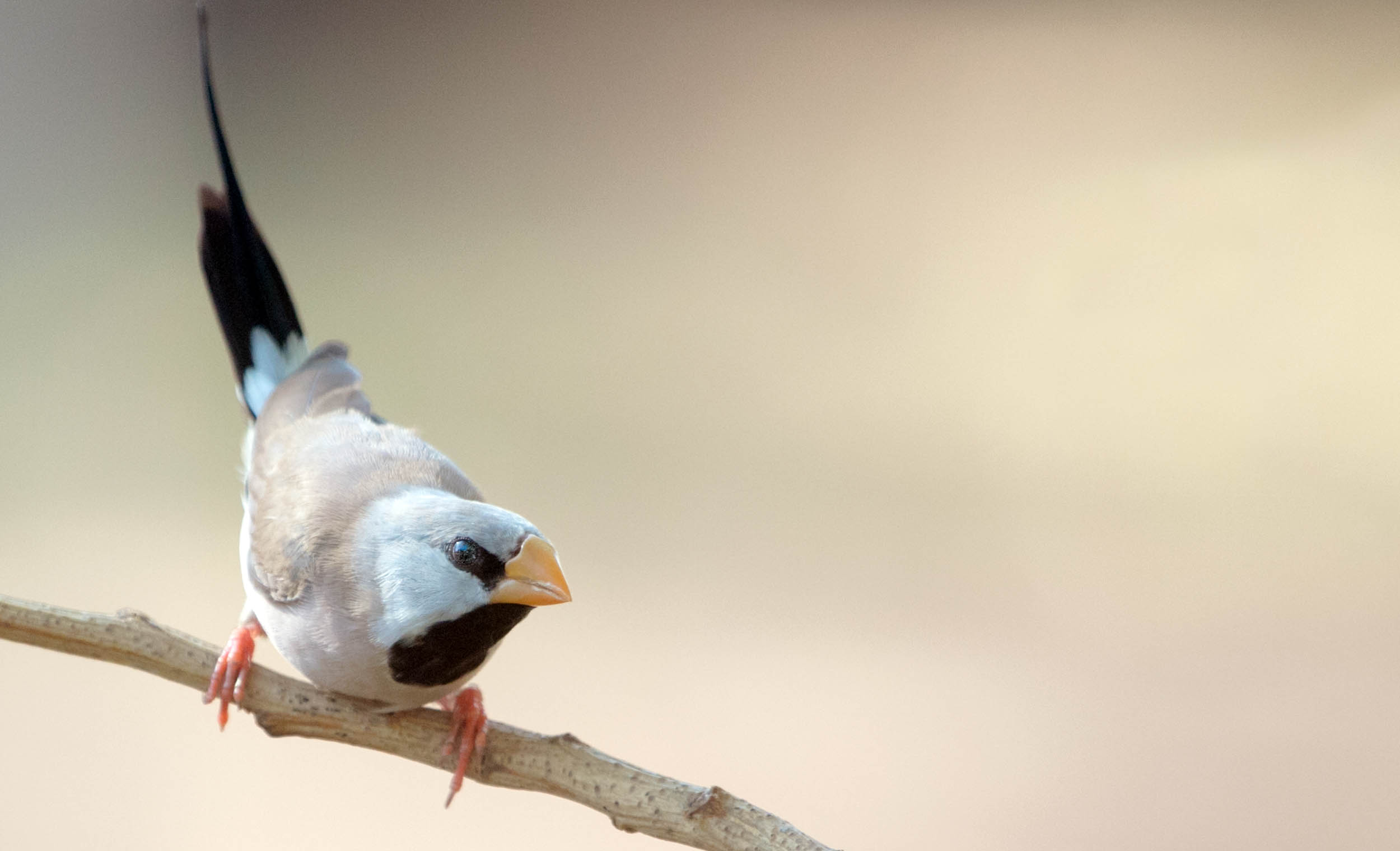 For the page on the honeyeaters of the Australian tropical savanna

For the page on the mammals of the Australian tropical savanna 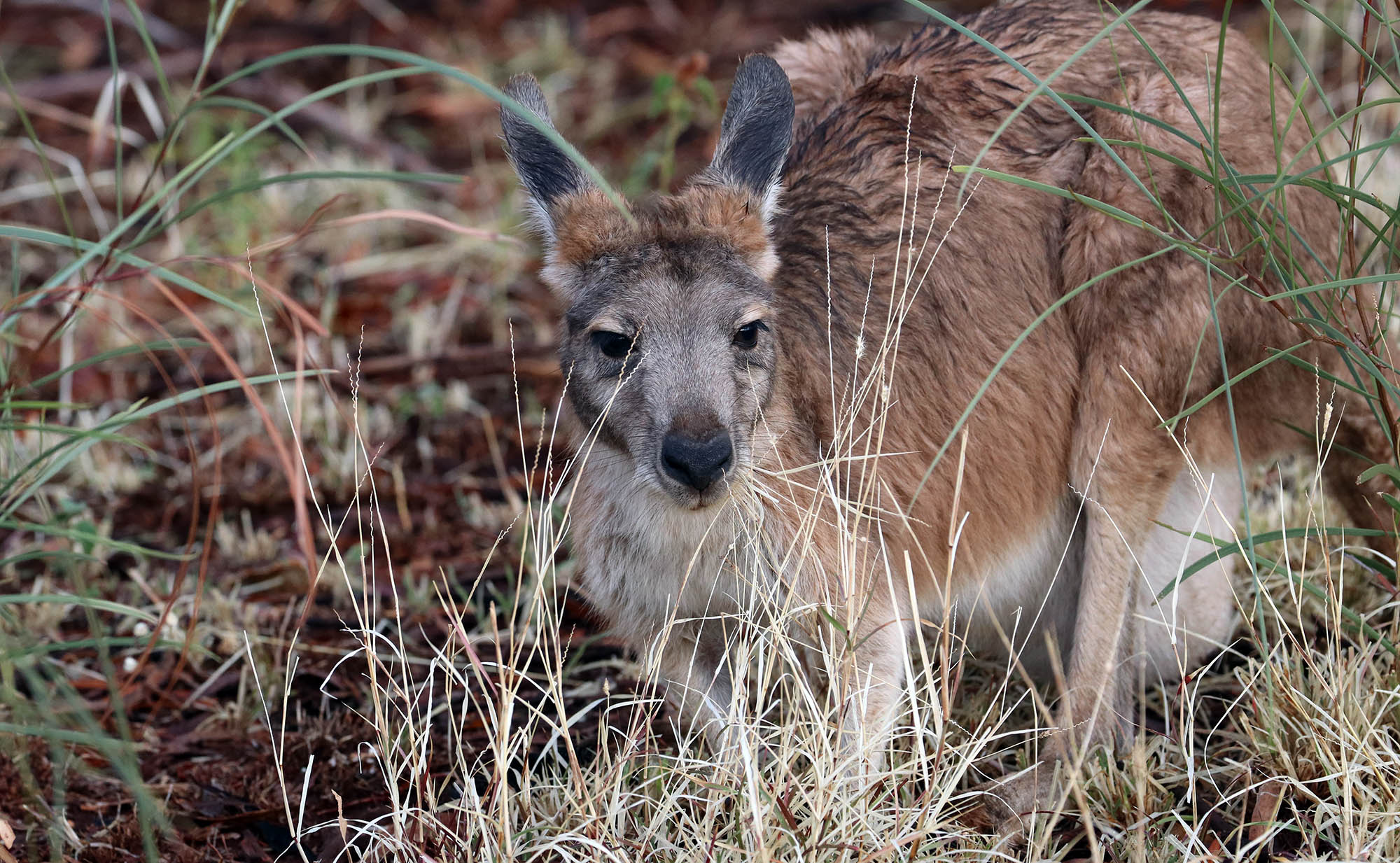 Some places to explore and appreciate the tropical savanna of Australia, include: Lizard island in Queensland, and Talbot Bay and Wyndham Caravan Park, Kimberley, Australia.