The plants of the seashore of southern Australia and New Zealand... 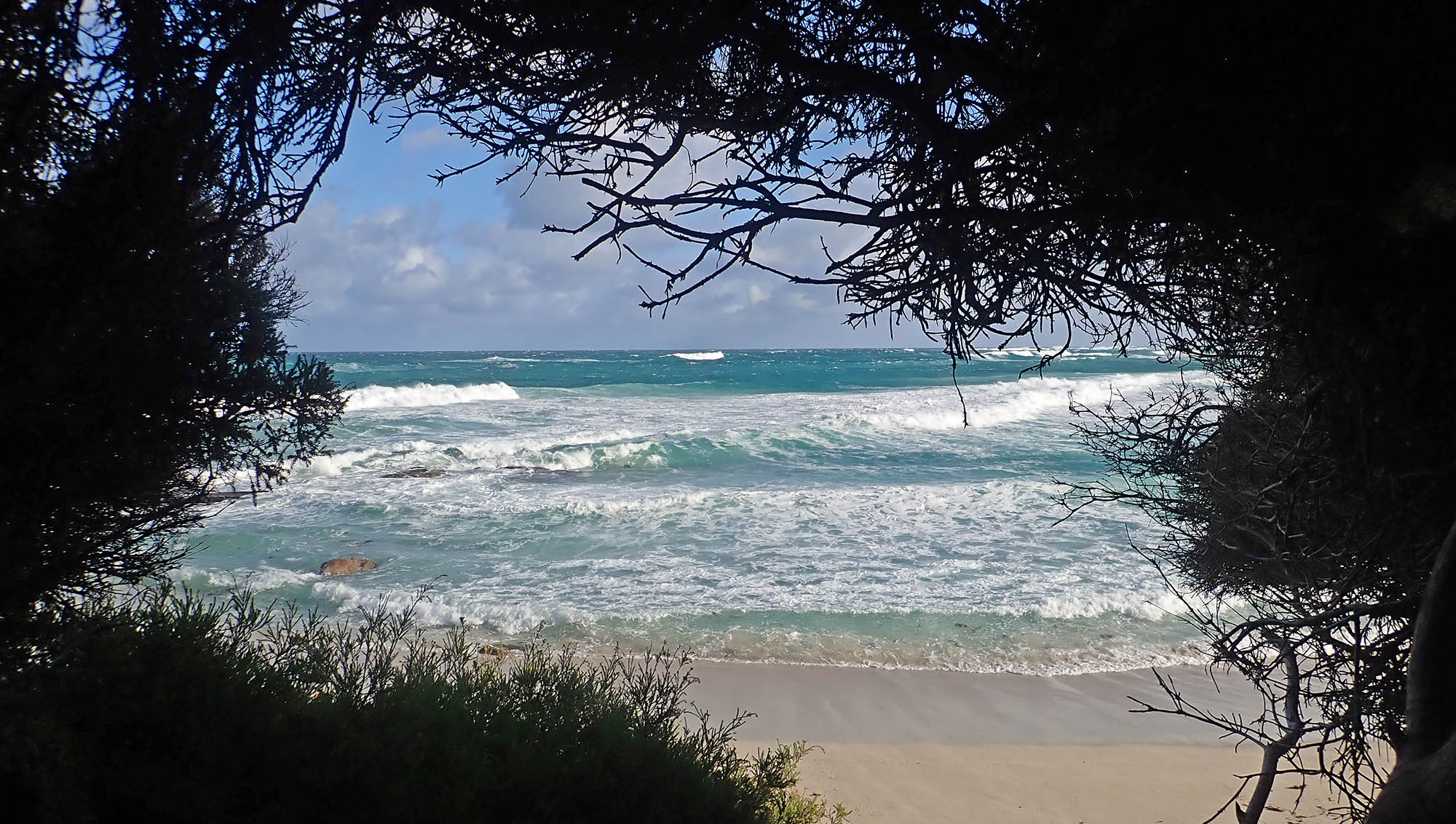 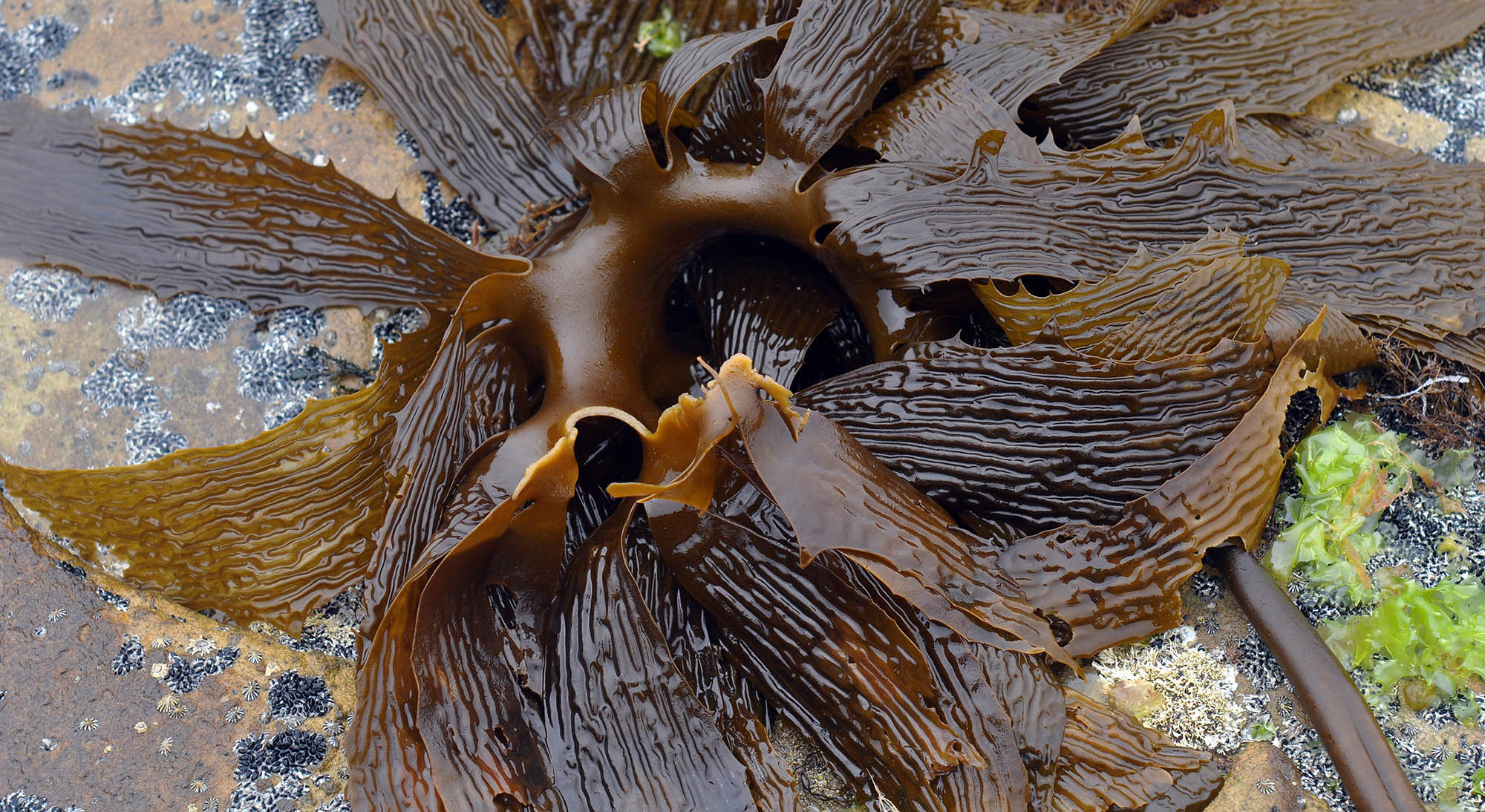 Ecklonia radiatia, 'Spiny Kelp'. Rarely very long, less than a metre in length. The blades have a distinct pattern of ridges, and the edges have regular spines. Normally lives in the lower inter-tidal zone to about 25 metres depth, often found washed along temperate shores. Grows across temperate shores across southern hemisphere, including southern Australia, New Zealand, Madagascar, but also recorded up into Cape Verde Islands. 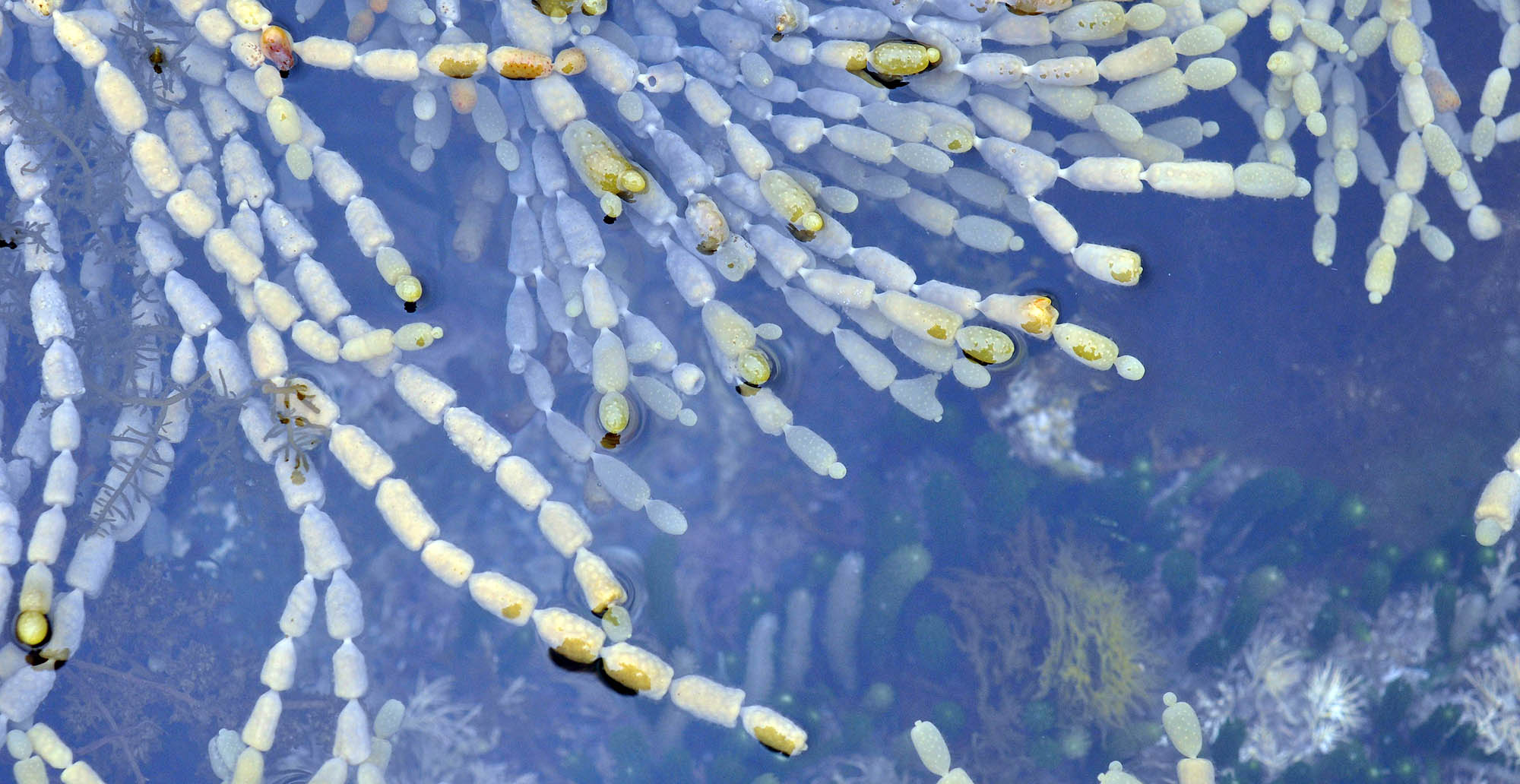 Hormosira banksii , 'Neptunes Necklace'. Endemic to the intertidal zones of temperate seashores of south-east Australia, New Zealand, Lord Howe and Norfolk Islands. Outcompetes other algae due to being able to avoid desiccation.

The green algae. This group often also contains all the land vascular plants, to reflect their relationship (in contrast to the brown and red algae). 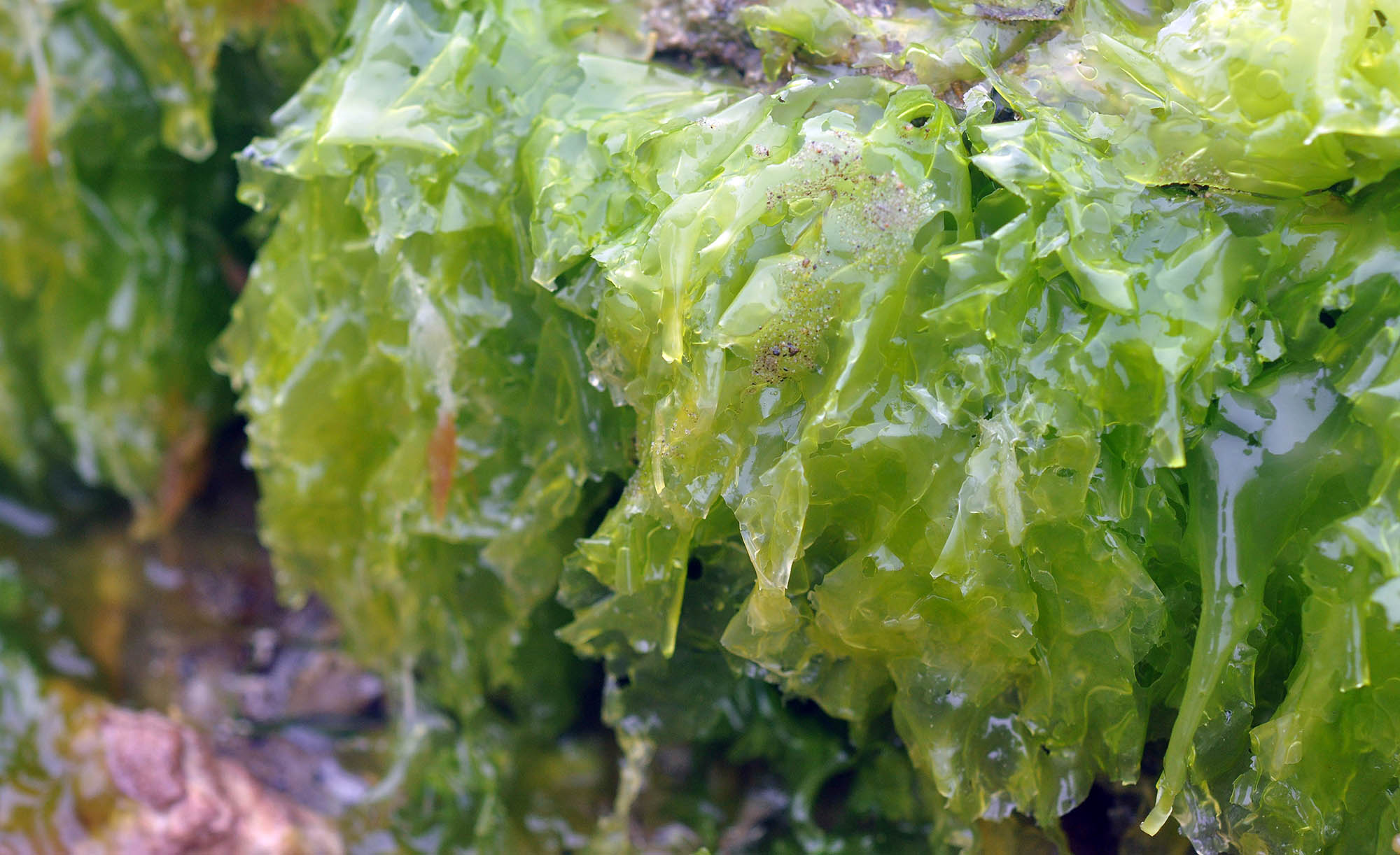 Ulva lactuca. 'Sea Lettuce'. As suggested by the common name, looks like lettuce, or torn green paper. It is very thin, being only two cells thick. It grows in shallow waters near the shore, including lower intertidal areas. Found worldwide, especially common on temperate seashores with abundant nutrients. This seaweed is edible. However, when large amounts wash up on shore, the rotting thalli (leaves) produce hydrogen sulphide, and this has been implicated in poisoning people. 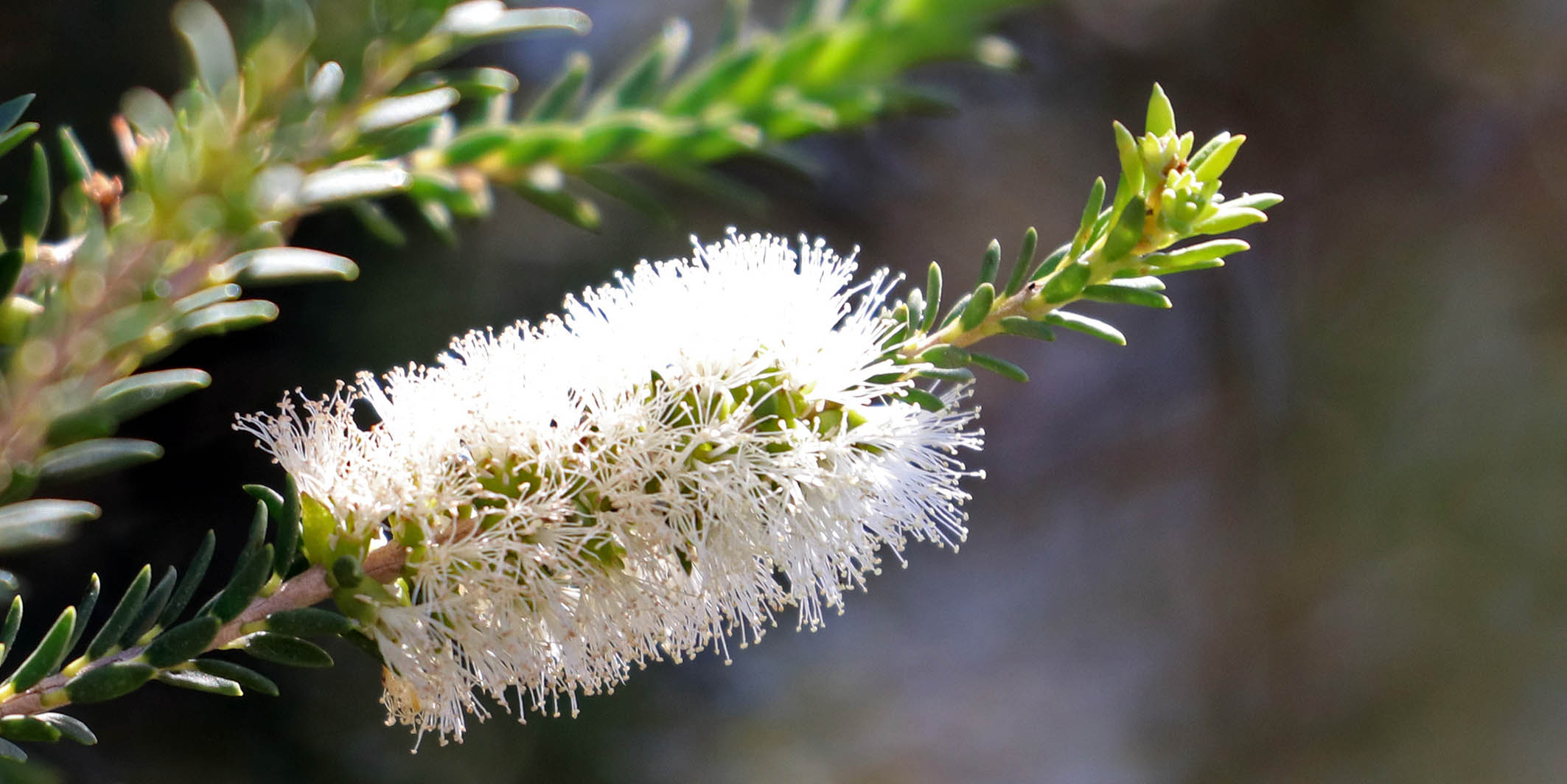 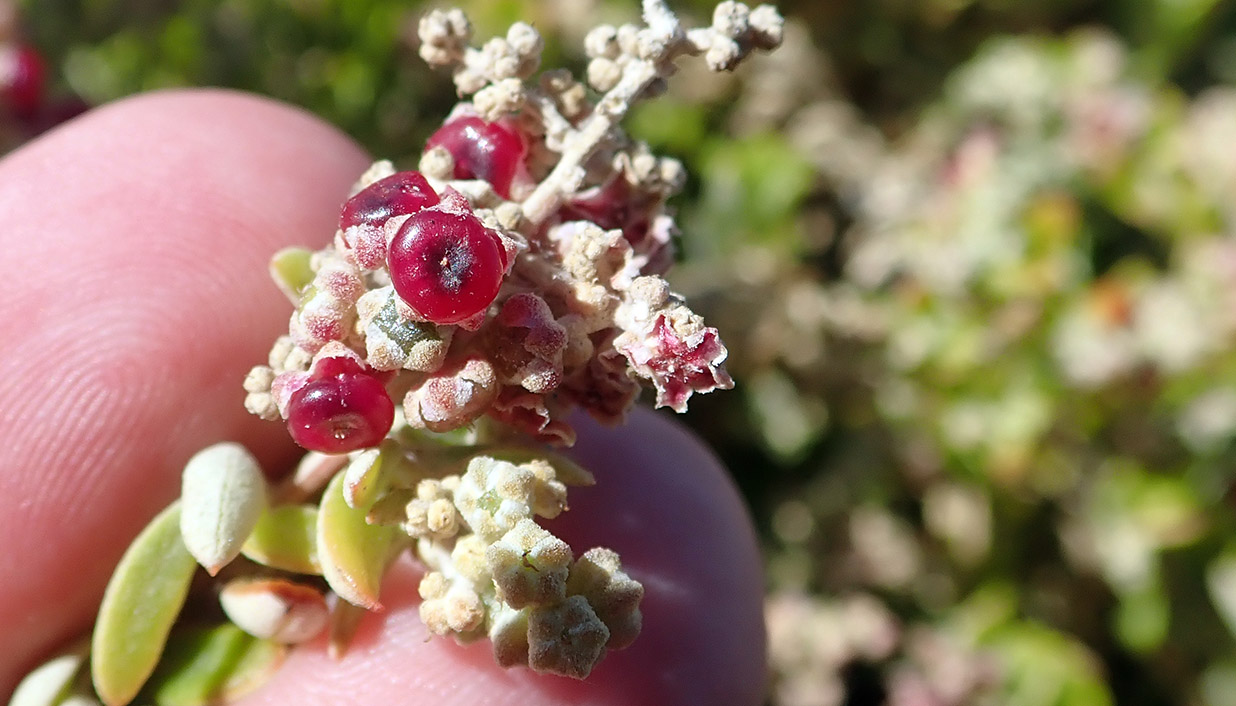 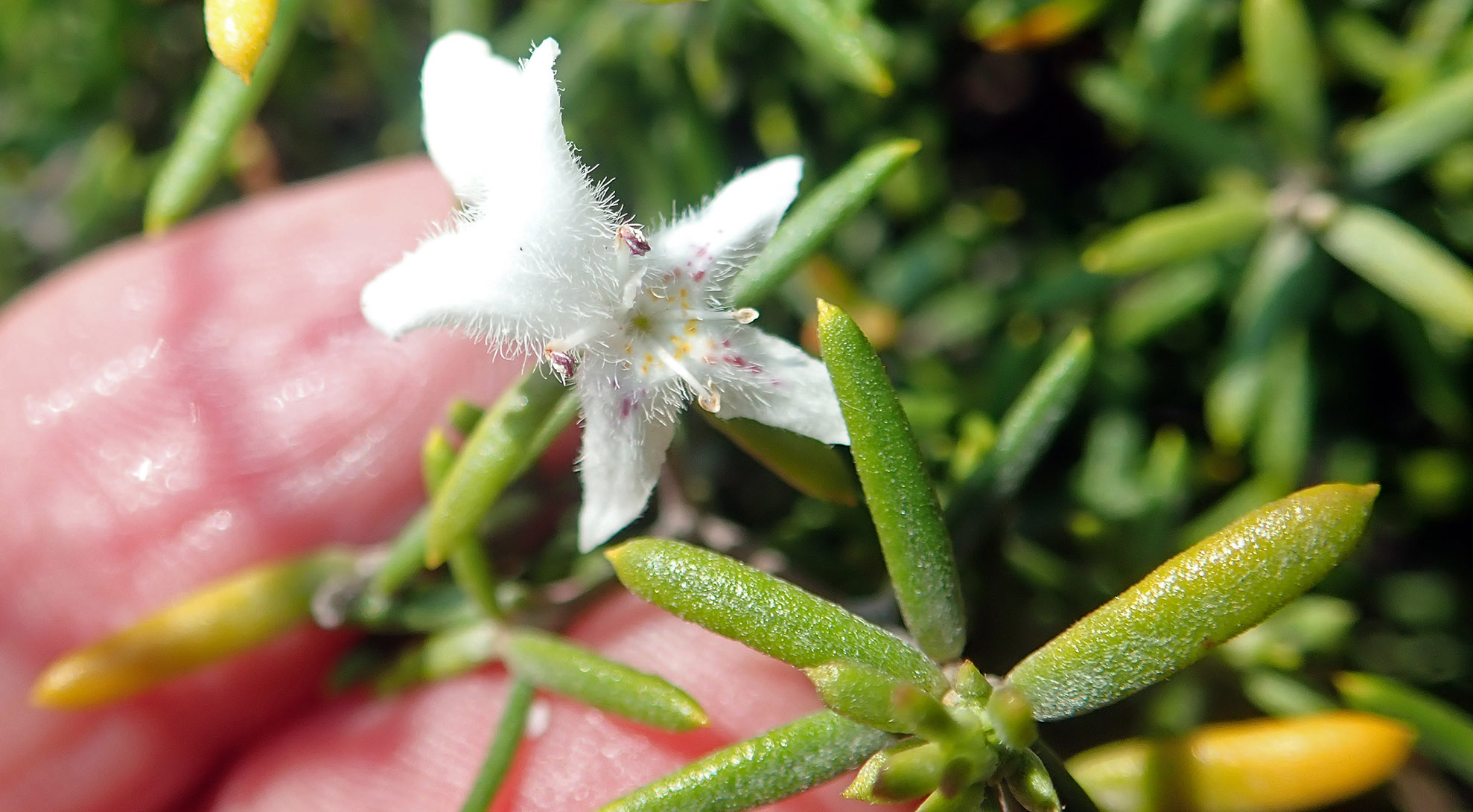 Back to the page on Temperate Seashores of southern Australasia