Don't forget to look down and admire the amazing insects while on safari...

Millipedes and Centipedes are long and obviously segmented, and most notable for having lots and lots of little legs. The main physical difference between the two groups is that millipedes appear to have two legs per segment, while centipedes have one. In terms of behaviour, millipedes are generally slower, and feed on decaying vegetation. while centipedes are usually much faster, and tend to predate on other invertebrates. The latter can have painful bites, while the former have chemical defences. Millipedes tend to roll into a defensive ball when touched; centipedes shouldn't be touched!

A biologist who specialises in millipedes is known as a diplopodologist - but don't say that to their face!

Upon closer inspection, millipedes appear to have two legs per segment.

When harassed (or touched by the author), they tend to curl up.

Found all around the world except for Antarctica. 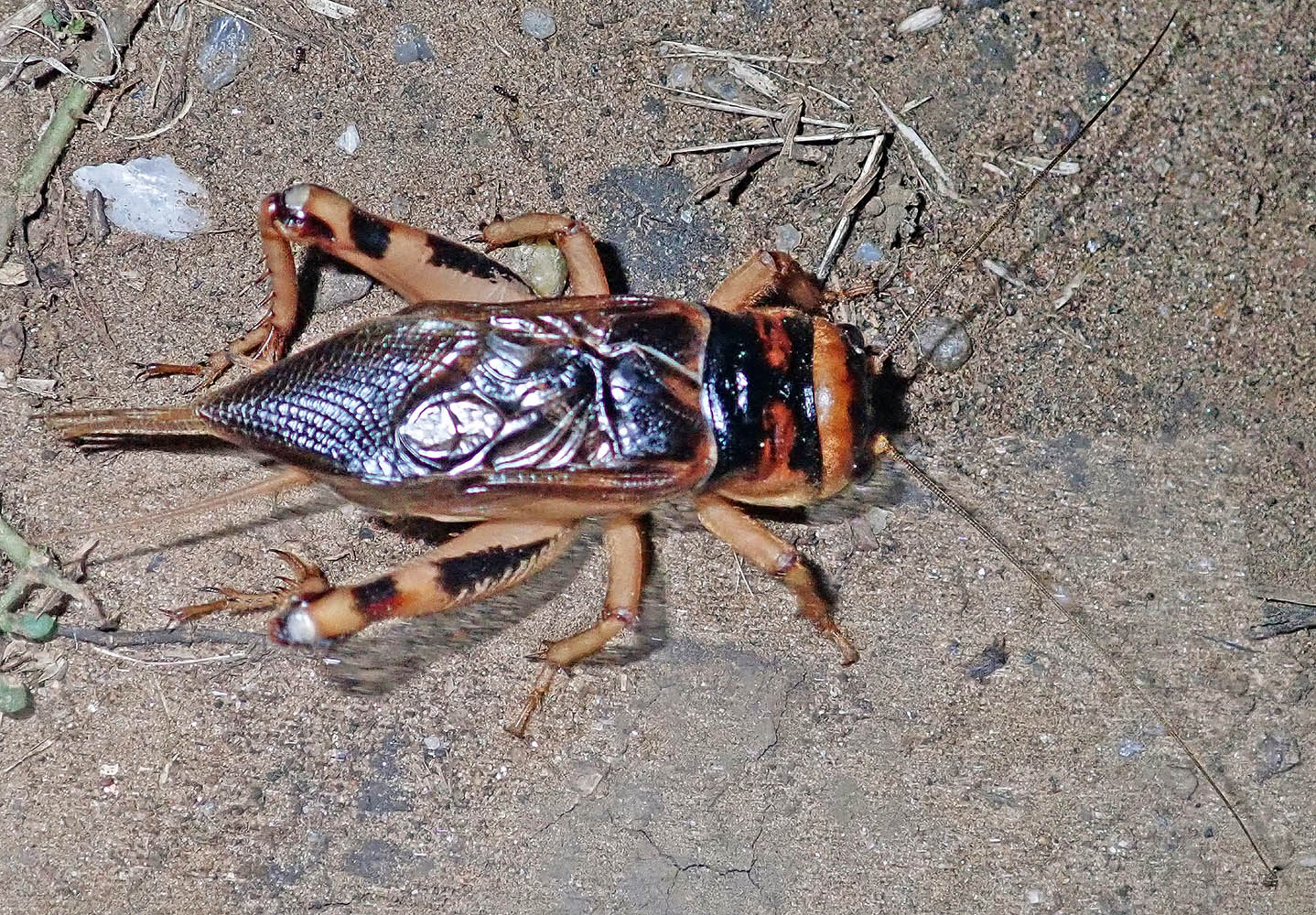 Brachytrupes membranaceus, 'Giant Burrowing Cricket', 'Tobacco Cricket'. Thick-set. Coloured light brown with dark brown markings. Nocturnal and lives in a burrow which it digs and stores it's plant food. Has a very loud piercing call. The second common name comes from habit of feeding on cultivated tobacco plants, although they are recorded feeding on many other plants.

While Dung Beetles occur on all continents except or Antartica, they are probably most famous in Africa. Here, species can often be seen rolling large balls of dung around the savanna, particularly noticeable when they cross the roads in game parks. They bury the dung underground and after mating the female will lay her eggs inside the faeces. The growing beetles feed on the dung, which provide all their nutrients and water. On the way to use the dung for their young, the adults determinedly roll their balls in as direct line as they can, which leads them to rolling them over all sorts of obstacles. Some species will stop and climb on top of the dung to orientate themselves, while other species use the stars to navigate, apparently even using the Milky Way specifically. There are other less obvious species of Dung Beetle that are not 'rollers', but 'tunnellers' and 'dwellers', these tend to dig into and live n the dung where they found it. 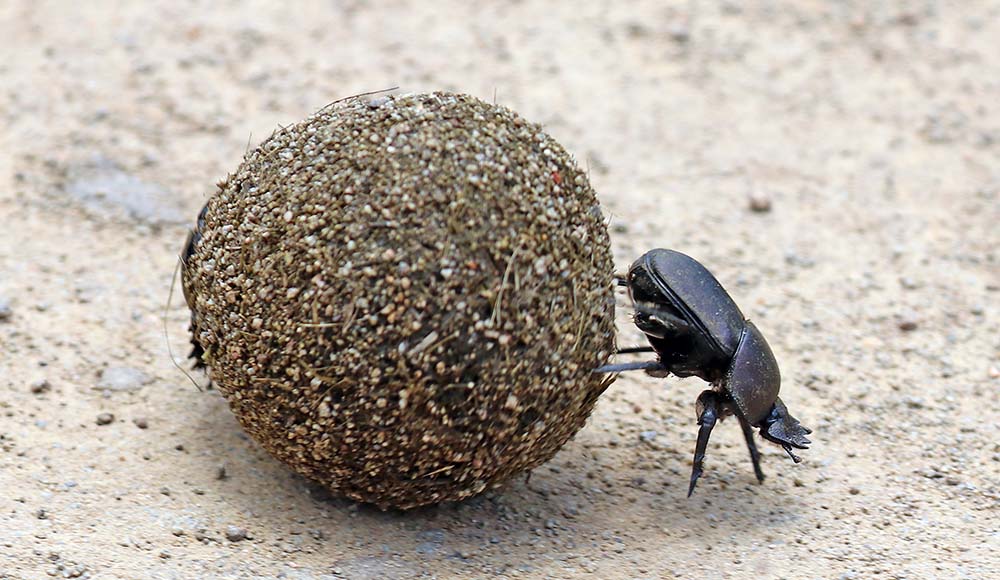 It's a shit job, but somebody has to do it! (Hluhluwe-Imfolozi, South Africa). 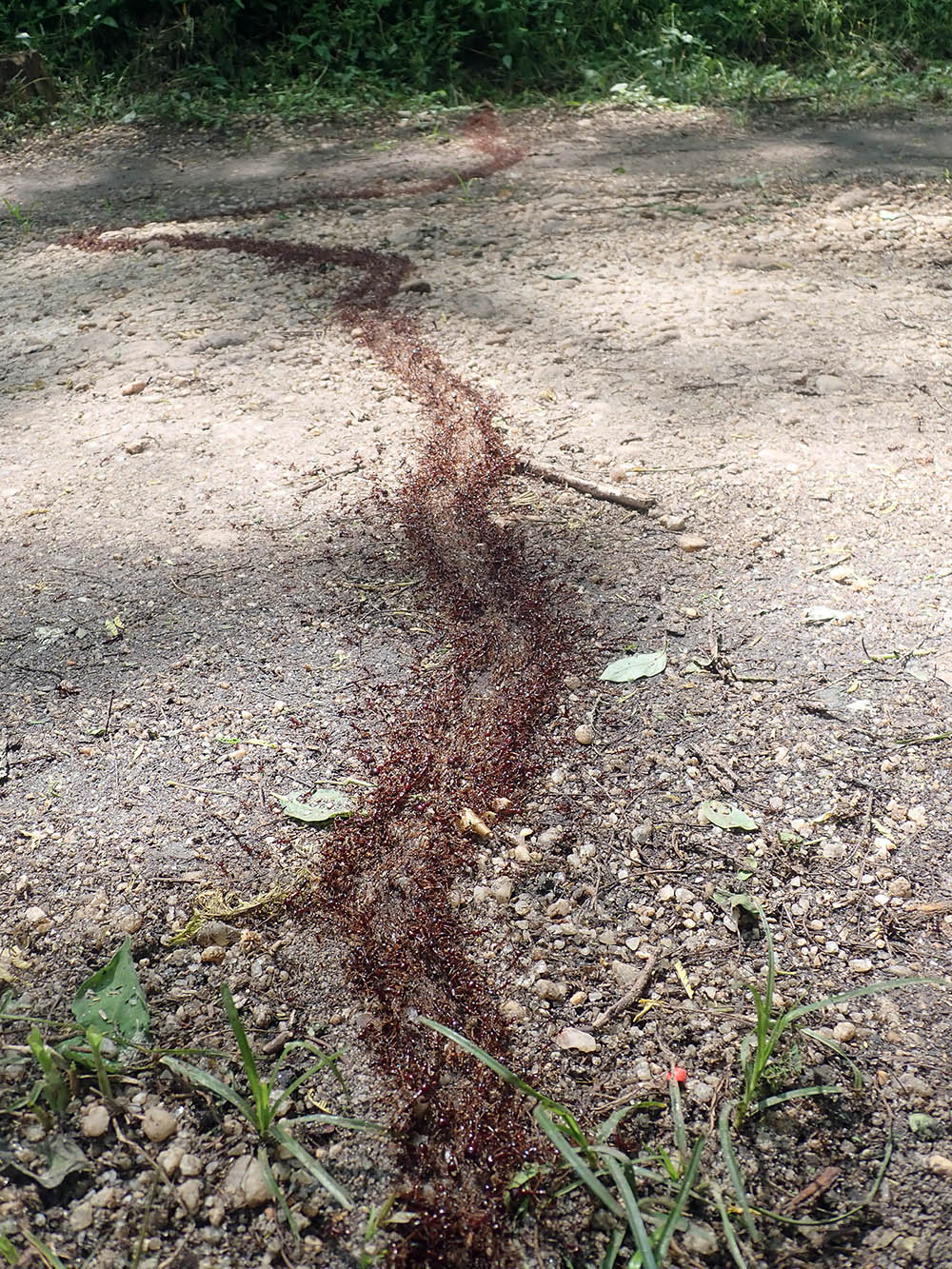 Dorylus spp. 'Safari Ants', 'Driver Ants'. Often form long marching lines. The larger soldiers guard the workers and allow them a protected path to follow in between them. The columns move through the bush, including settlements, although they are easy to get out of the way of. The soldiers have large heads and mandibles; their attack is not so much with their sting from the abdomen like many other ants, but is through a bit from their strong mandibles. Their grip is very strong, and can be hard to dislodge; even killing the ant may not make a difference if the mandibles are locked in. These are the ants that were infamously used as stitches in wounds for up to a few days by East Africans! They are mostly found in tropical Africa, but some species are found in tropical Asia. 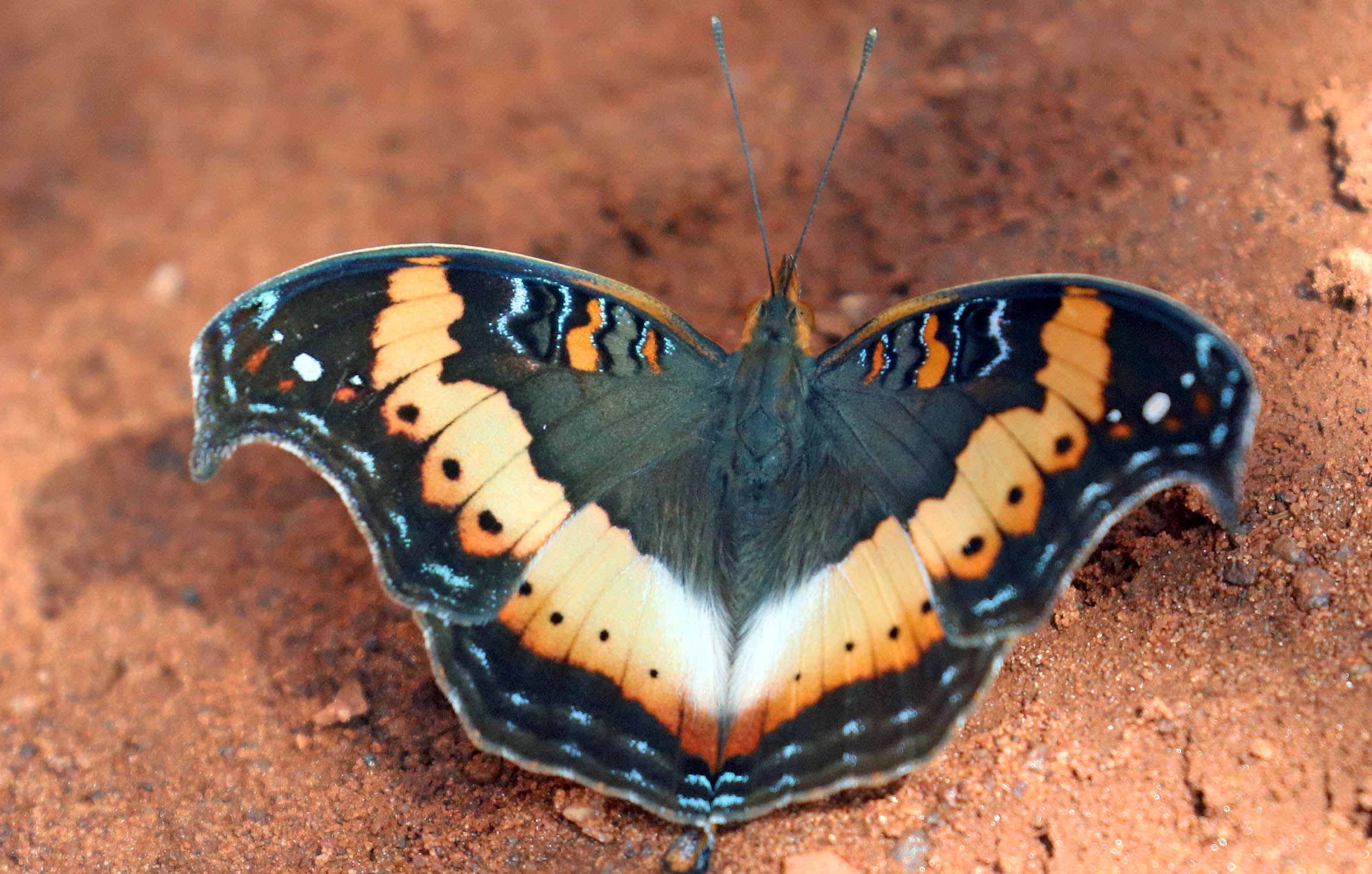 Precis archesia, 'Garden Inspector'. A medium-large colourful butterfly. There are some variations, as the male and female look different, and there are seasonal changes. The species flies year round. It is found in open habitats, including gardens, in southern and eastern Africa.

There are about 30 species in this genus, and they are found mostly in Africa, with a few in south-west Asia.

Back to the page on African savanna