The mammals in the Arctic ocean and along its seashore...

A group of large to very large whales. Many species in this genus look similar and are easily confused. The Blue Whale can be distinguished by a blue-ish colour when just under the surface of the water. The next largest whales: the Fin, Sei and Brydes, all look quite similar, but can sometimes be told apart by geographical/habitat distribution. Generally, of those three species, the Fin Whale is the only one commonly seen in polar (Antarctic/Arctic) waters; the Sei being more common in temperate waters and the Bryde being more common in tropical waters. Of course, due to historical whaling by humans, none of these whales are 'common', but it is hoped they will slowly start to re-populate the oceans. Otherwise, Captain Kirk will have to go back in time.

Balaenoptera physalus, 'Fin Whale'. They are the second biggest animal on the planet (after the Blue Whale) and grow to a confirmed length of 25 metres. The dorsal fin is relatively small. 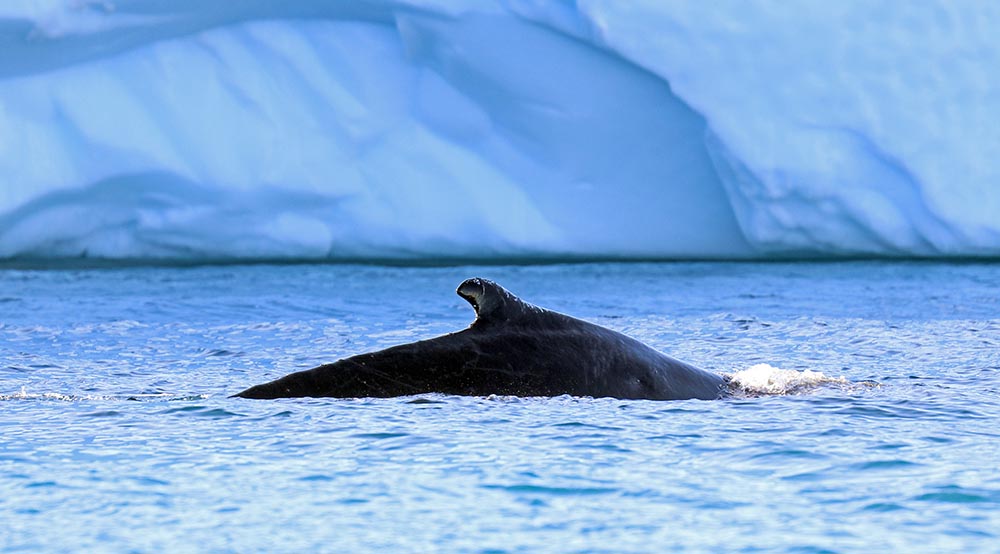 The tail (fluke) of the 'Humpback Whale' is usually seen when the animal is diving. 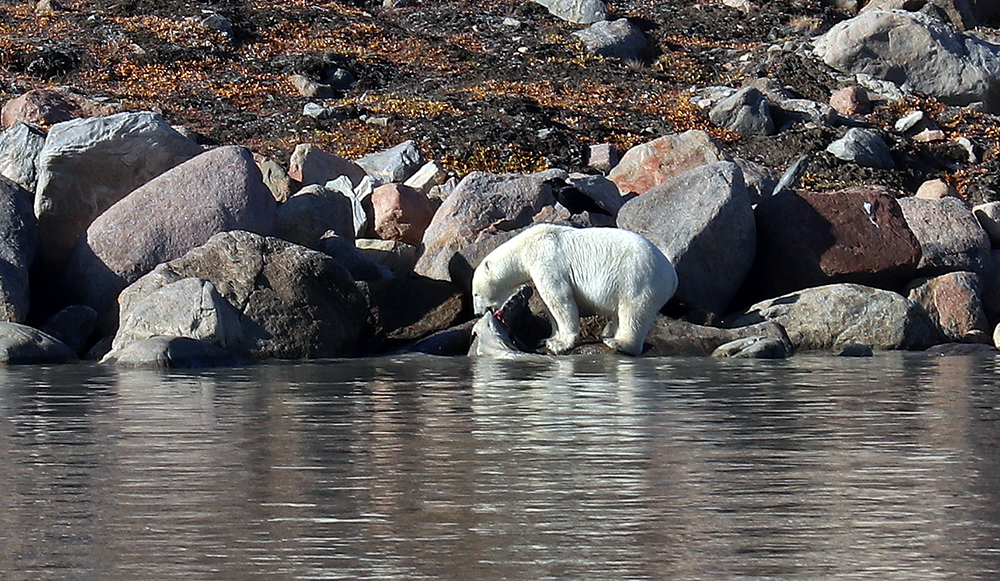 Ursus maritimus, 'Polar Bear'. The biggest of all the bears, and the largest land carnivore on the planet. Lives within the Arctic region.

Back to the page on the Arctic ocean and seashore