Water has some unusual features which have major effects on the environment of Antartica. One of the (many) weird things about water is that, while most elements and compounds are denser when they are solid, water is at is densest when it is liquid. The density of sea water is about 1025 kg/m, while the density of pure ice is about 920 kg/m³. Another unusual feature of water is that, while most substances contract when they cool, (just ask your husband after he goes for a 'polar plunge', and he'll tell how small things can get when it is cold!), wacky water expands when it goes below about 4 degrees. So when water solidifies i.e.; freezes, it floats - as ice. 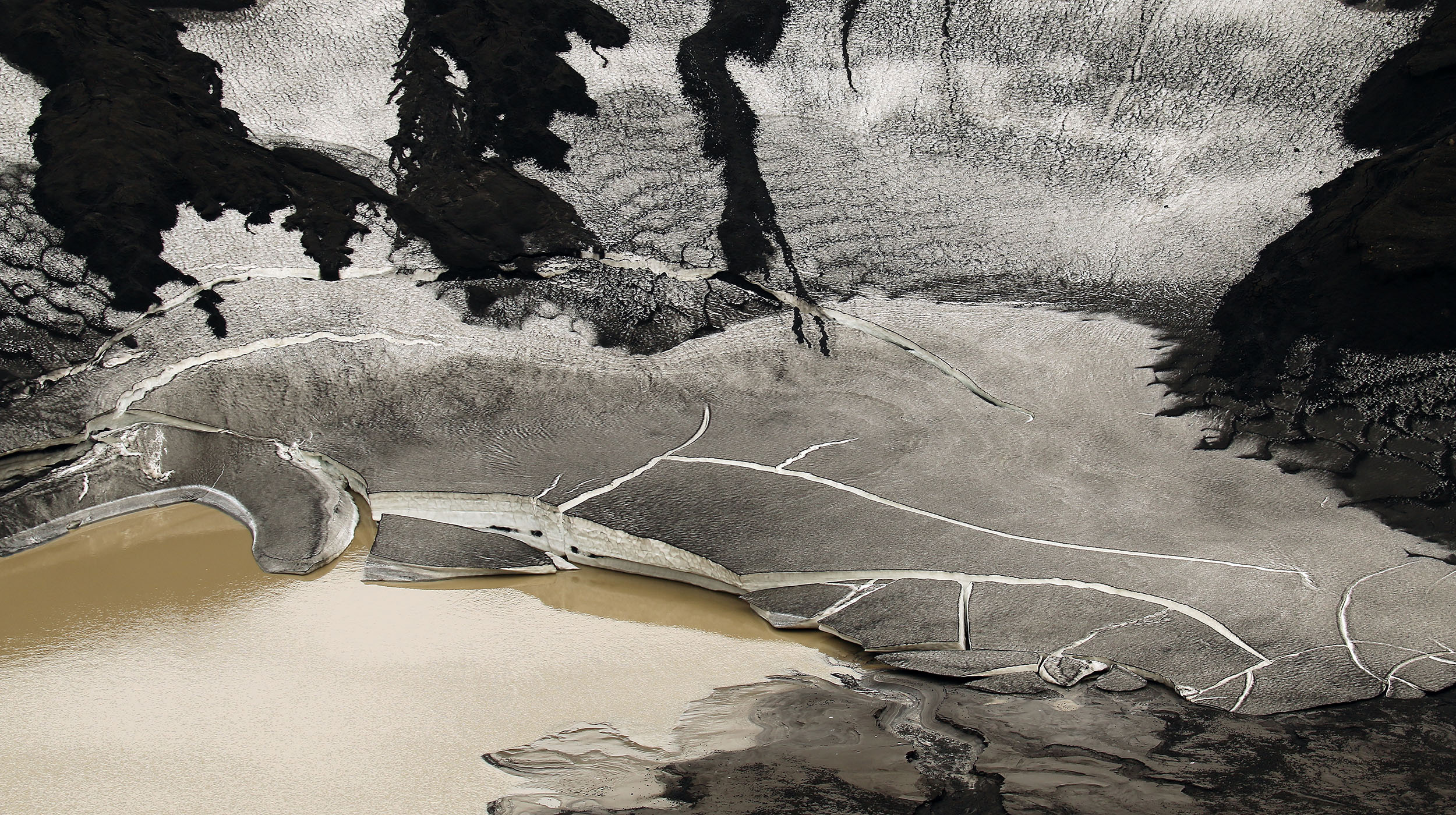 Ice is not always nice. It is not always pure white. Green ice can be caused by a green algae called Chlamydomonas nivalis. Red ice, also known as ‘Watermelon Ice’ (because it smells like watermelon?) may also be known as ‘Blood Snow’, ‘Raspberry Snow’. This can be caused by the same green algae as it also has a secondary red carotenoid pigment, called astaxanthin. This protects the algae from ultraviolet light, absorbs energy to melt snow, which then provides the algae with liquid water. In Antarctica around penguin colonies the snow can also be stained red or pink by their poo, coloured from their diet of krill. Brown & Black Ice (Dirty ice) is often due to soil or volcanic sand (as in above image), but in areas of human habitation, it can be the result if various pollutants.

(Krill washed up on Deception Island)

Back to the page on Antarctic ocean & seashore