The seabirds of the Subantarctic ocean, including penguins, petrels and albatross...

The 'Mollymawk' Albatross are smaller than the Great Diomedea Albatross. Unlike the latter birds, the Mollymawks have a dark back. The different species in the genus can usually be distinguished from each other by their slightly different coloured bills. 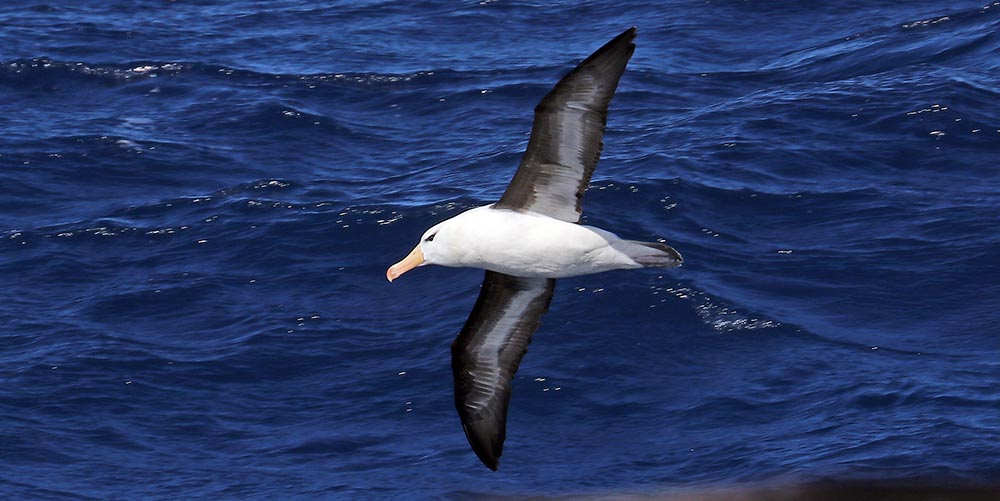 Procellaria aequinoctialis, 'White-chinned Petrel'. The common name comes from a small patch of white underneath the base of the bill; this is not always visible in the field, but can be seen in the photograph above. 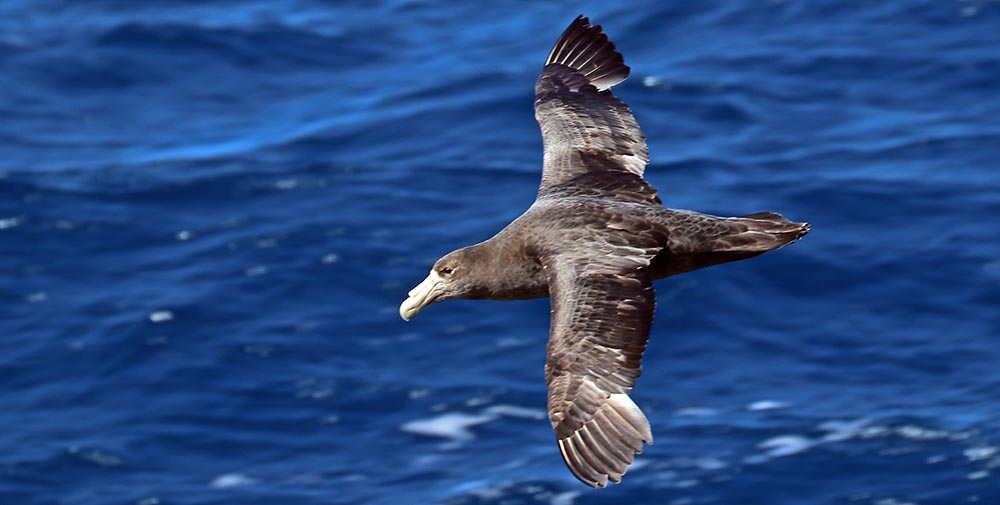 (between Ushuaia and Falklands)

Oceanites oceanicus, 'Wilsons Storm Petrel'. One of the most abundant birds in the world.

Back to the page on the Sub-Antarctic Oceans