The birds of the Neotropical paramo and puna montane grasslands and shrublands... 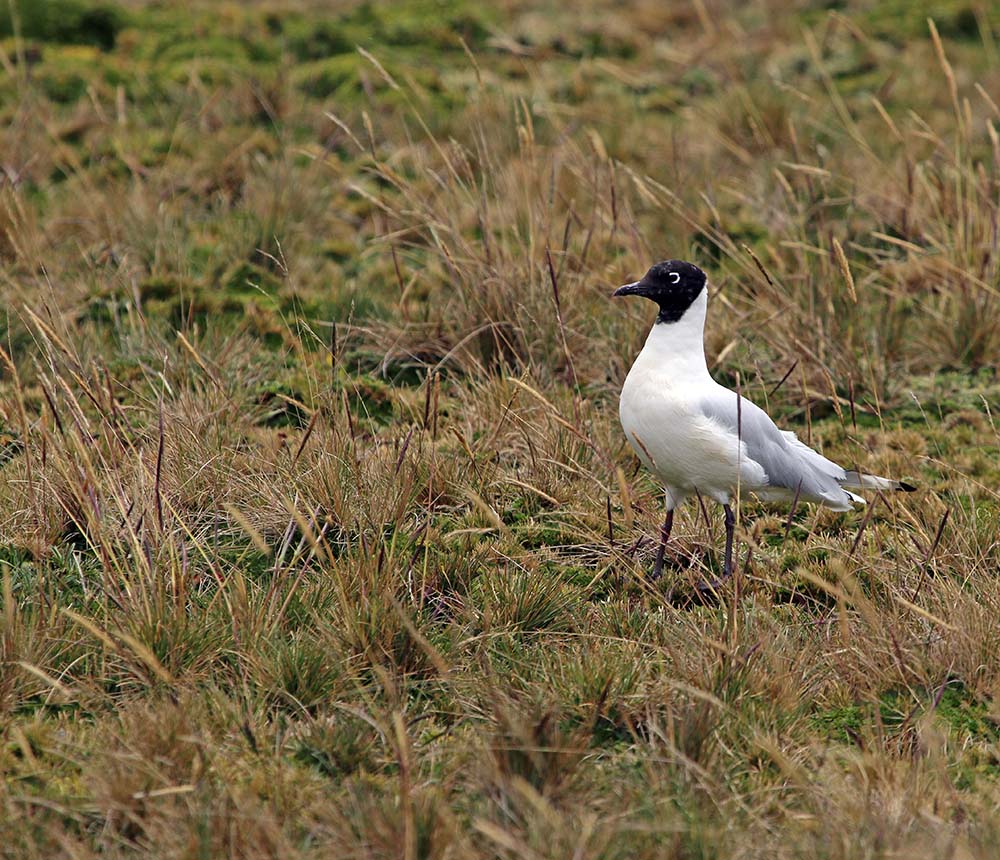 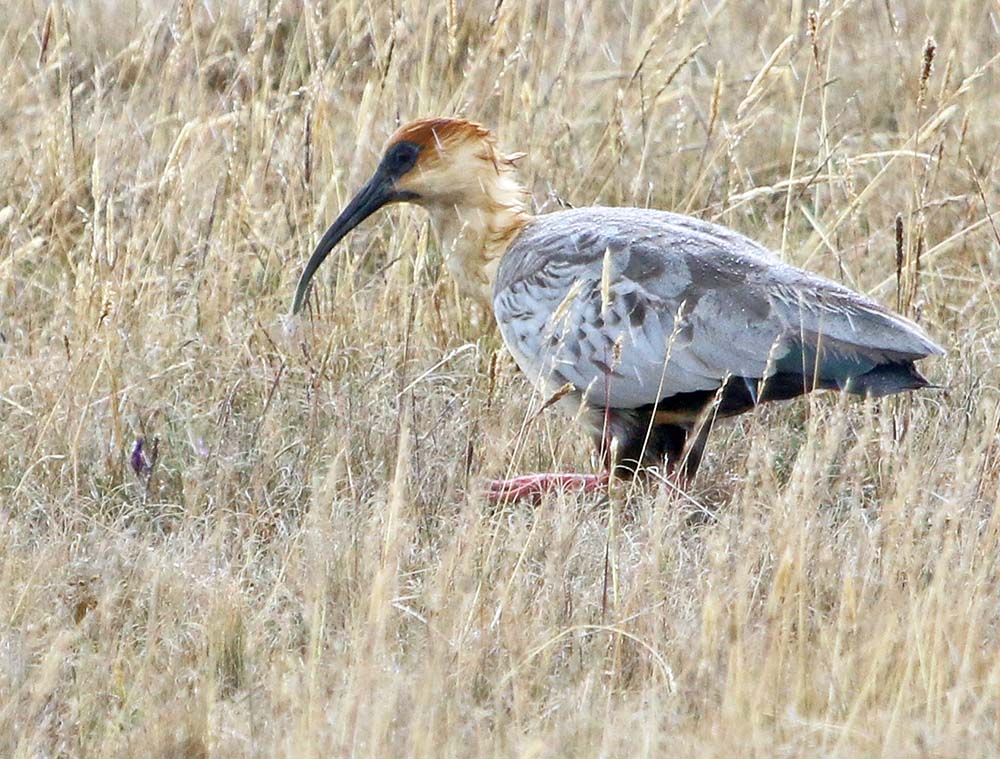 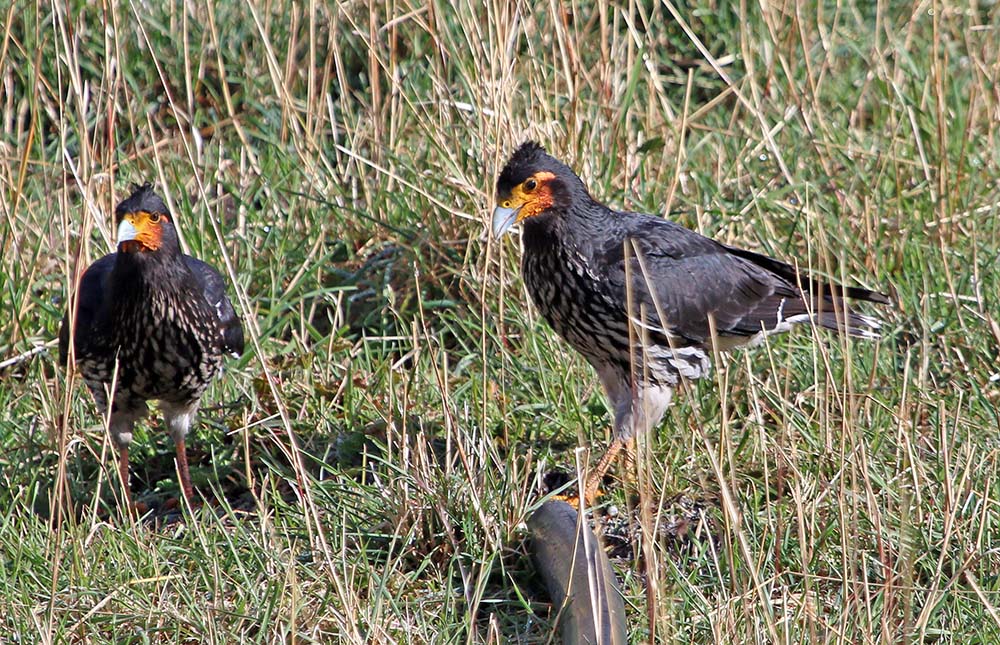 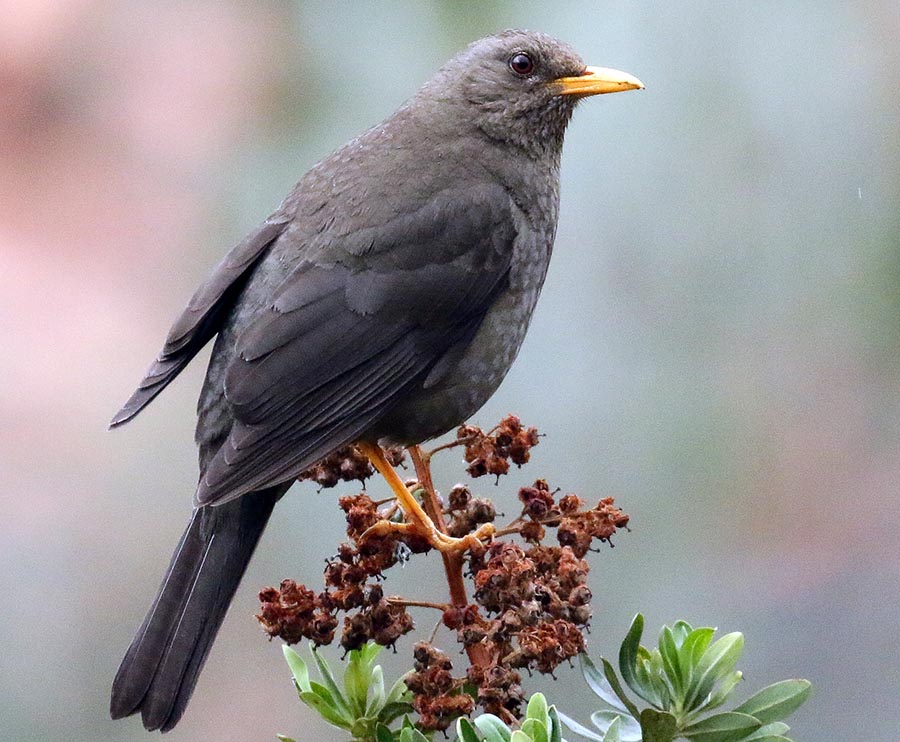 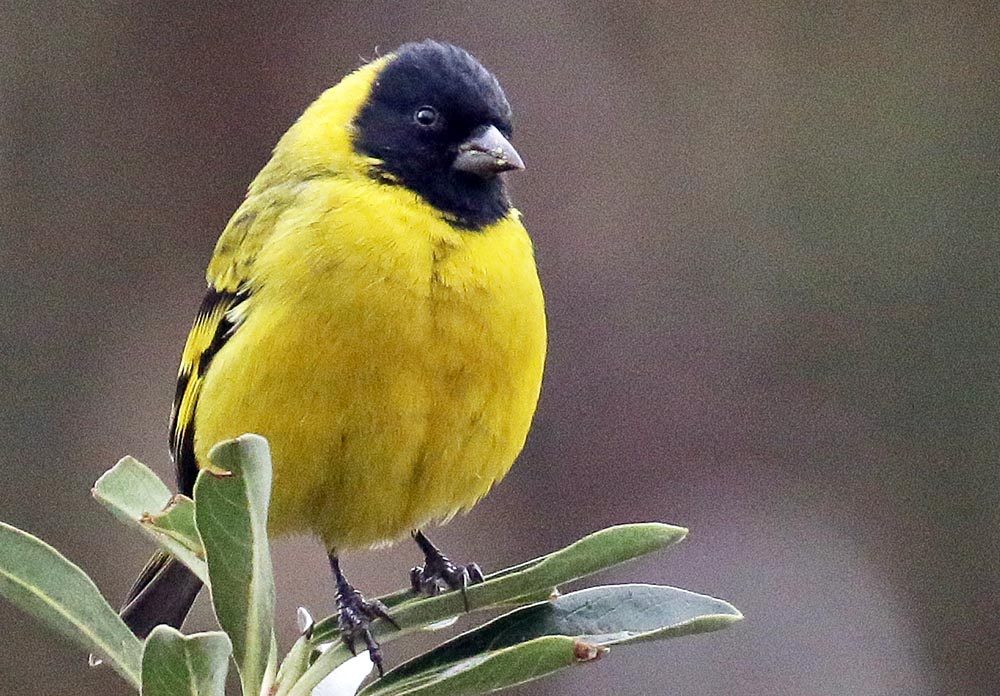 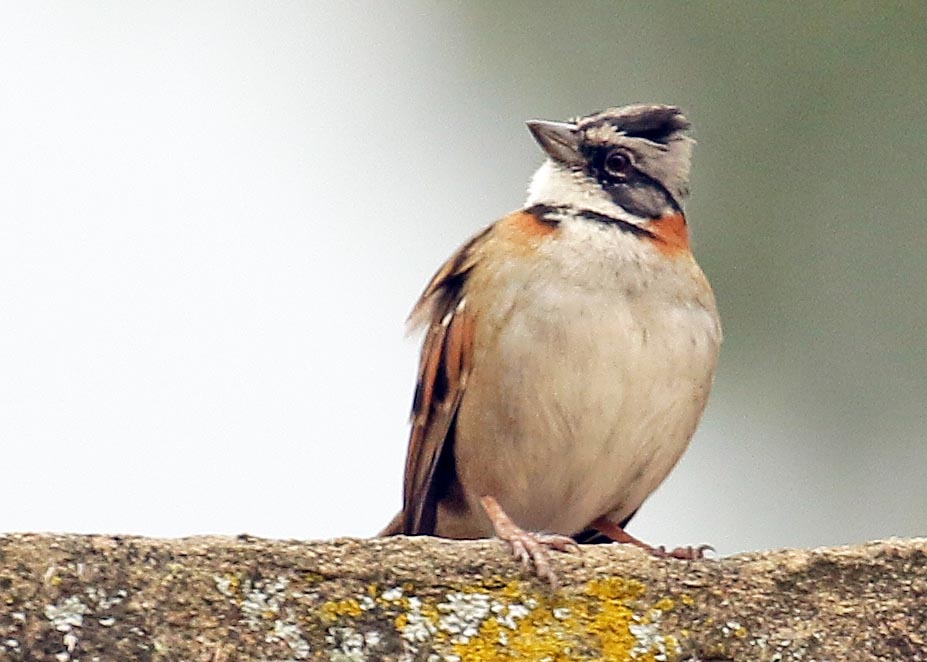 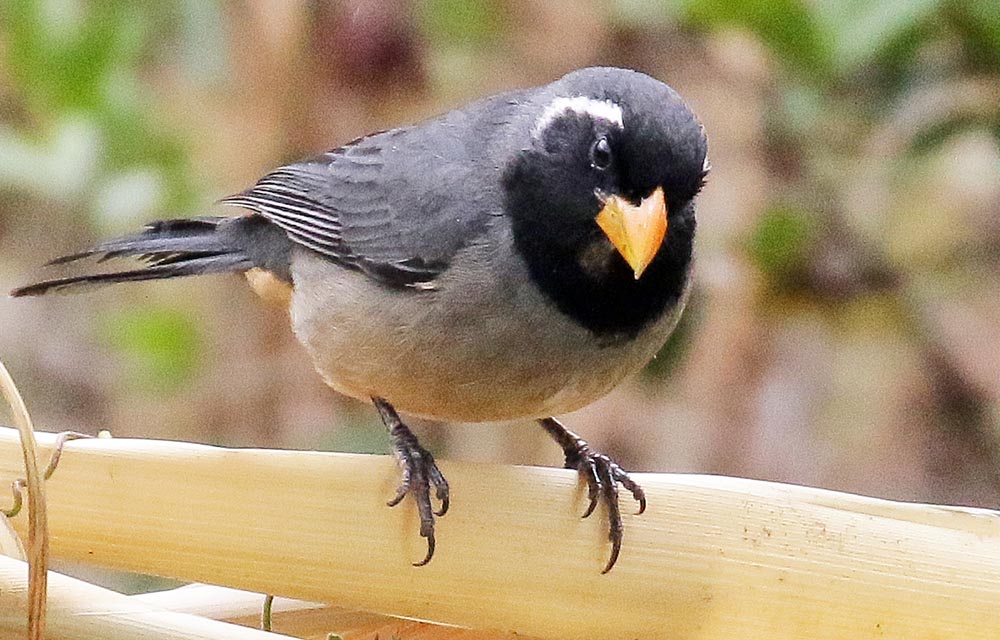 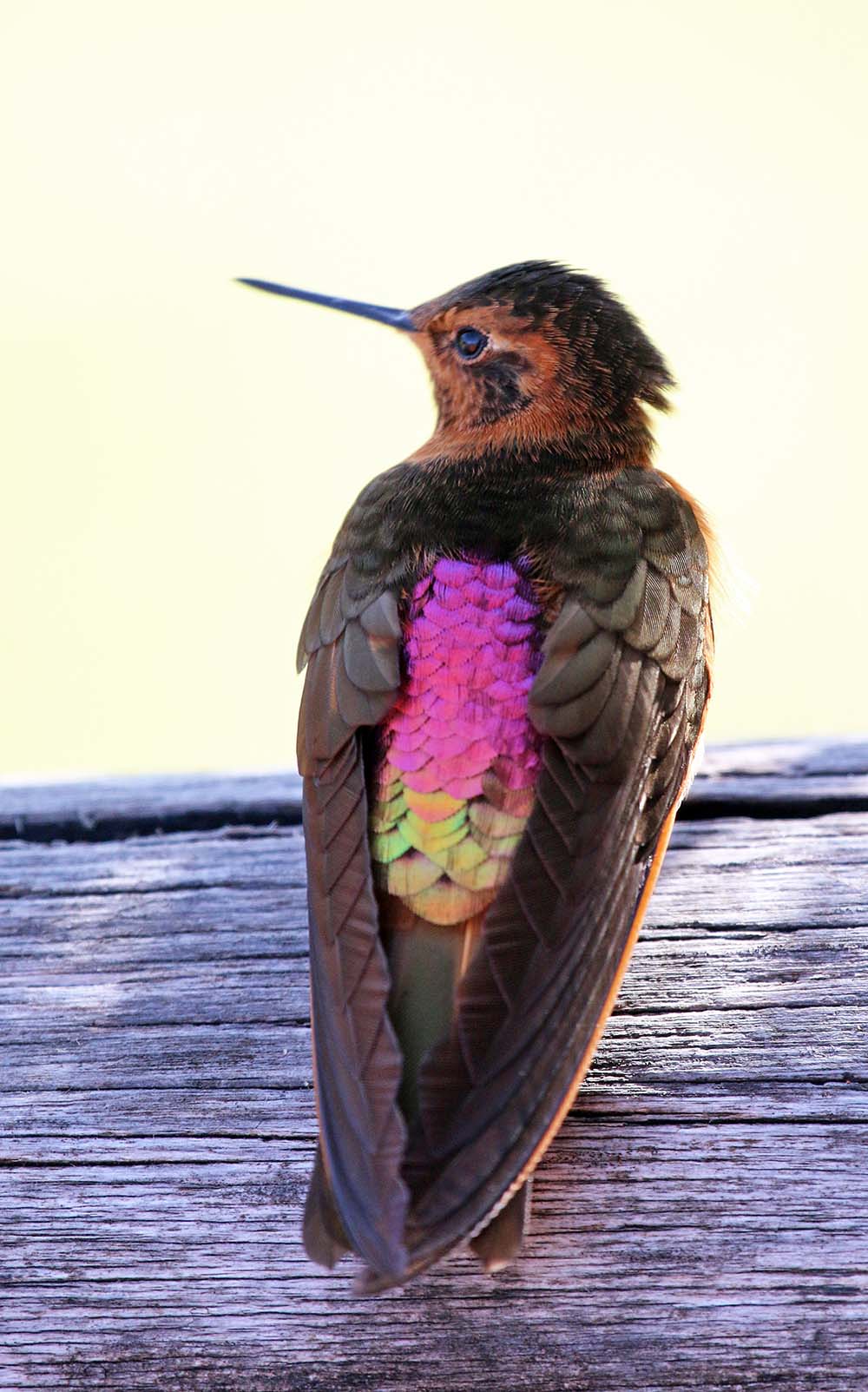 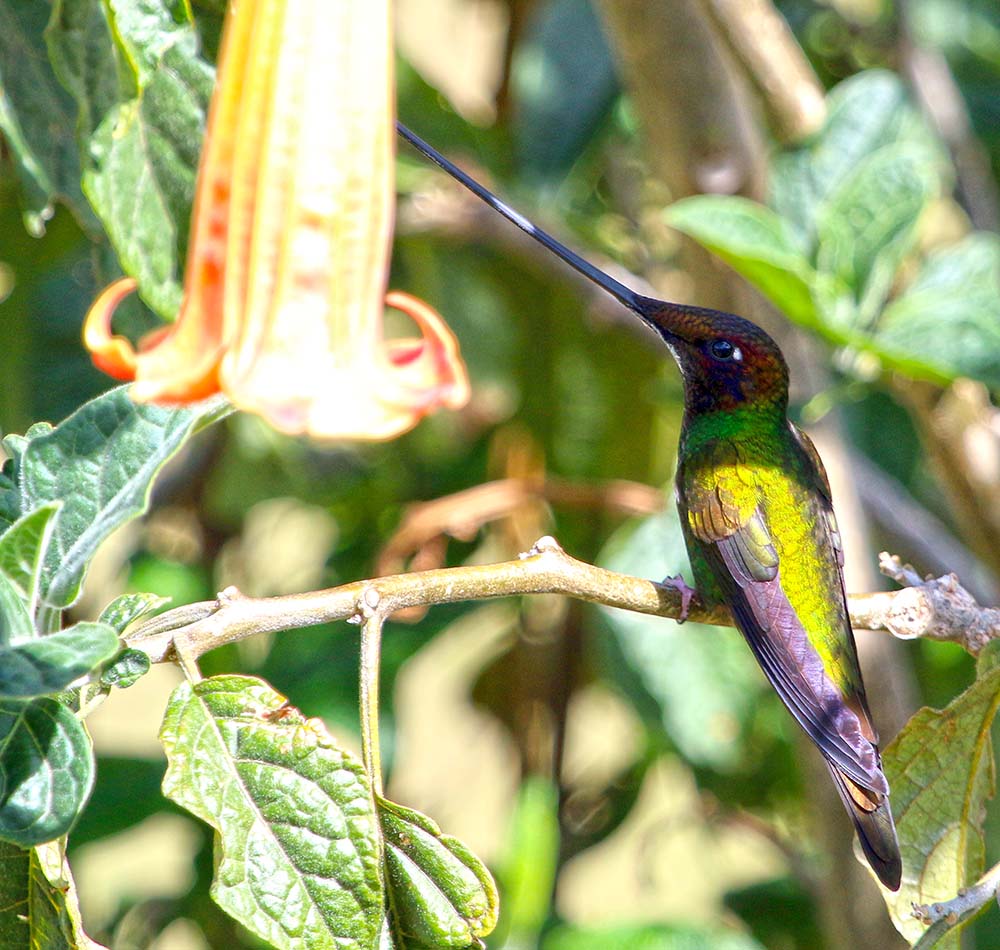 the sword-billed Hummingbird has a bill a metre long! No, just kidding. (Damon Ramsey)

Ensifera ensifera, 'Sword-billed Hummingbird', (Tambo Condor, Ecuador).  As suggested by the name, the bill is very long; the only bird that has a bill longer than it's body. It looks absurd, and the bird can not preen with it's own bill like most birds, but must use it's feet. When it perches, it is usually with the bill pointing upwards. They mostly feed on the nectar from flowers in the genera Datura and Passiflora, especially 'Curuba' Passiflora mixta, which it is thought to have co-evolved with. The bird is found in montane forest and shrublands in the Andes. 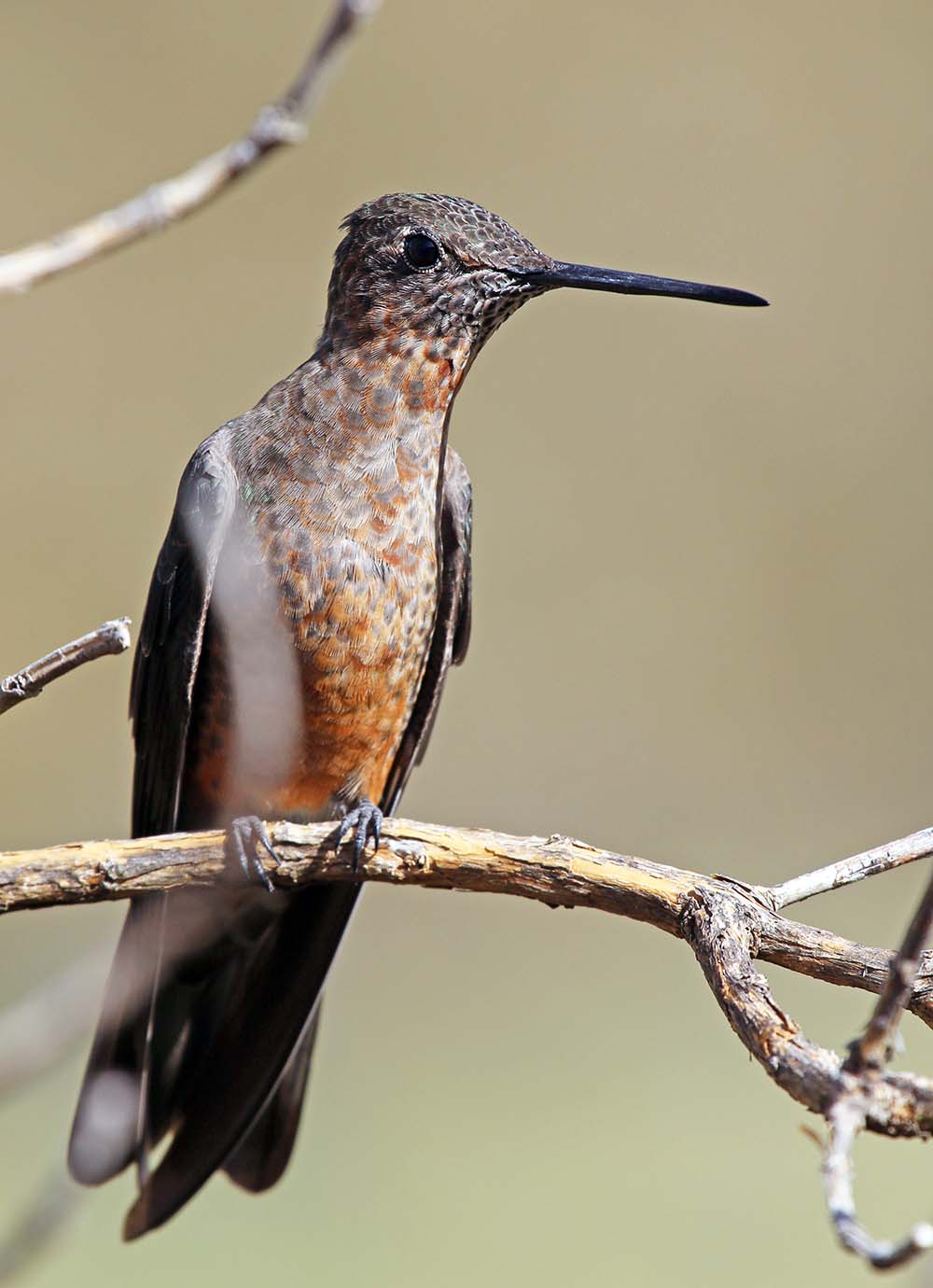 the Giant Hummingbird is about the size of a duck! No, just kidding again, sorry. (Damon Ramsey)

Patagona gigas, 'Giant Hummingbird' (Tambo Condor, Ecuador). Plain brown with rufous underbelly. As the names suggests, this is the largest of all hummingbirds; it is about the size of an European Starling, but is much lighter. It is found on the edge of the montane forest and in shrublands in the Andes. 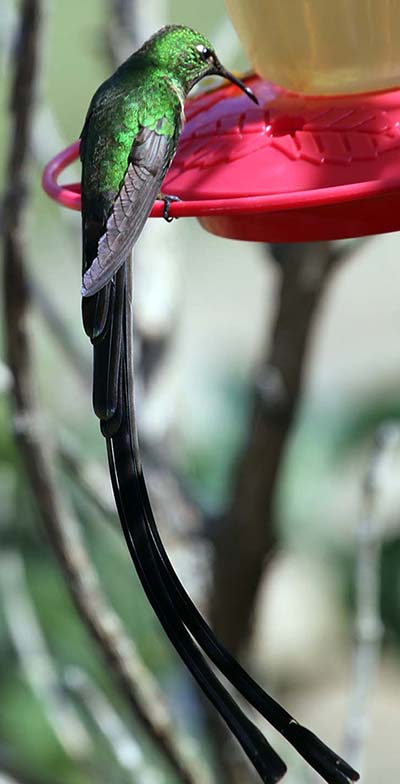 Aglaiocercus kingii, 'Long-tailed Sylph', (Wayqecha Lodge, Peru). Only the males have the longer tails, as this would be impractical for nesting females. Often seen at feeders. Found in mountain rainforest and edge in Andes.

Back to the page on the tropical American mountains