Trichonephila edulis. Formerly in the genus Nephila. Found in many habitats across Australia, as well as New Zealand. New Guinea and tropical Asia. It gets the specific epithet meaning 'edible', as it has been recorded to be roasted and eaten by people in New Guinea.

Millipedes are generally slower, and feed on decaying vegetation. Millipedes tend to roll into a defensive ball when touched, although they sometimes have chemical defences. Centipedes can have painful bites, and shouldn't be handled.

Centipedes are usually fast movers, and often hunt other invertebrates. Thus they can have painful bites, and shouldn't be handled.

Euploea core, 'Common Crow Butterfly'. One of the more common butterflies in Australia. Found in many wetter habitats across the eastern and northern parts of the continent and up into tropical Asia.

A track through Casuarina stems, made by ants.

Large ants with large mandibles and eyes. They are known for their painful bite, among the most dangerous of insects. All species (except one in New Caledonia) are endemic to Australia, particularly the temperate woodlands of south-east Australia.

Myrmecia forficata, 'Inchman'. Large ants, although not quite an inch in length. Purple-ish body, shiny black abdomen. Painful bites, considered the most toxic of all the Bulldog ants. Found in south-eastern Australia, most common at higher elevations (the Australian Alps) on the mainland, and lower altitudes in Tasmania. 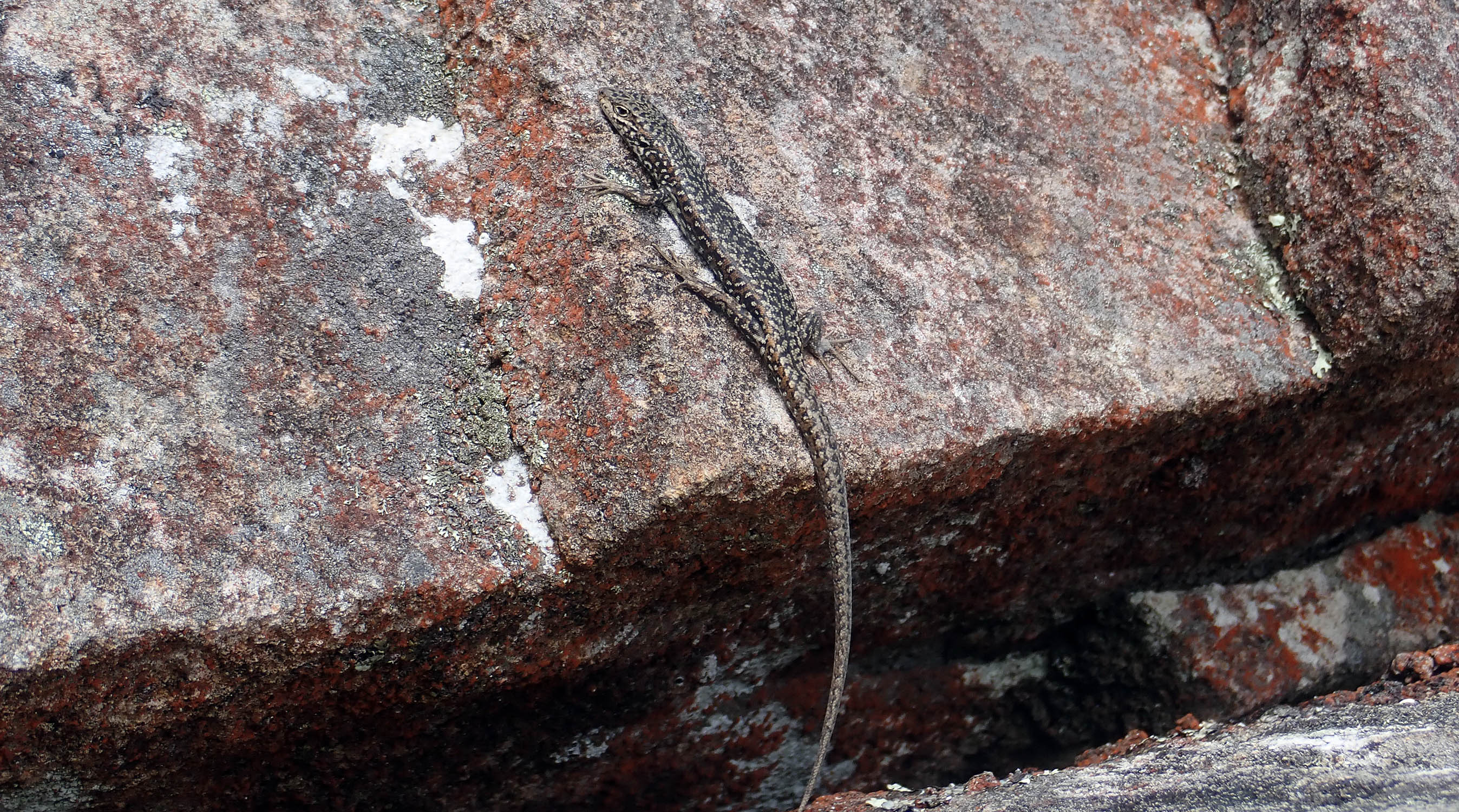 Varanus varius, 'Lace Monitor'. The most commonly seen of the goannas. Found in various habitats, including around picnic areas, along entire length of east coast of Australia.

Back to the page on Australian temperate forests and woodlands