Pycnanthus angolensis, 'African Nutmeg', 'Ilomba'. Cultivated for it's many medicinal properties, as well as burning oil and soap. Found in forests and swamps in tropical Africa. 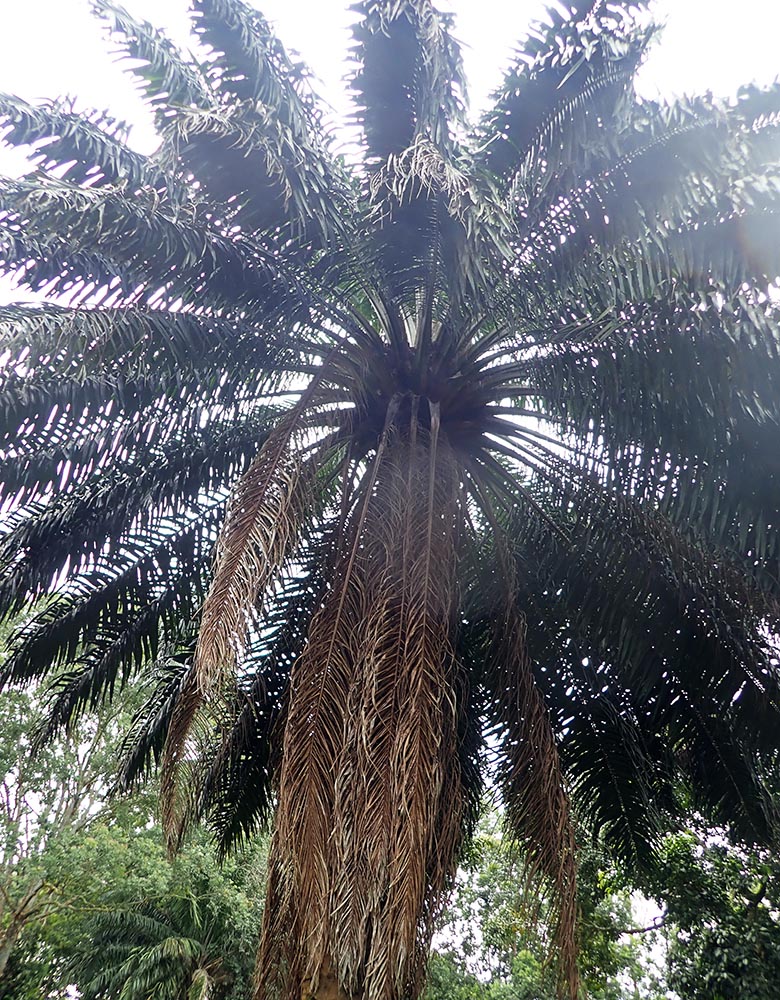 Elaeis guineensis, 'African Oil Palm'. Taken from tropical African forests and swamps, and planted throughout tropics of the world for it's oil.

The centre of bamboo diversity is found in Asia, but there are also many species on the Pacific islands, a small range in the Neotropics and in Africa. They are among the fastest growing plants in the world. In Africa, bamboo is recorded being eaten by Mountain Gorillas, Chimpanzees and Elephants. The hard round stem is light but stiff, and useful for humans in construction. 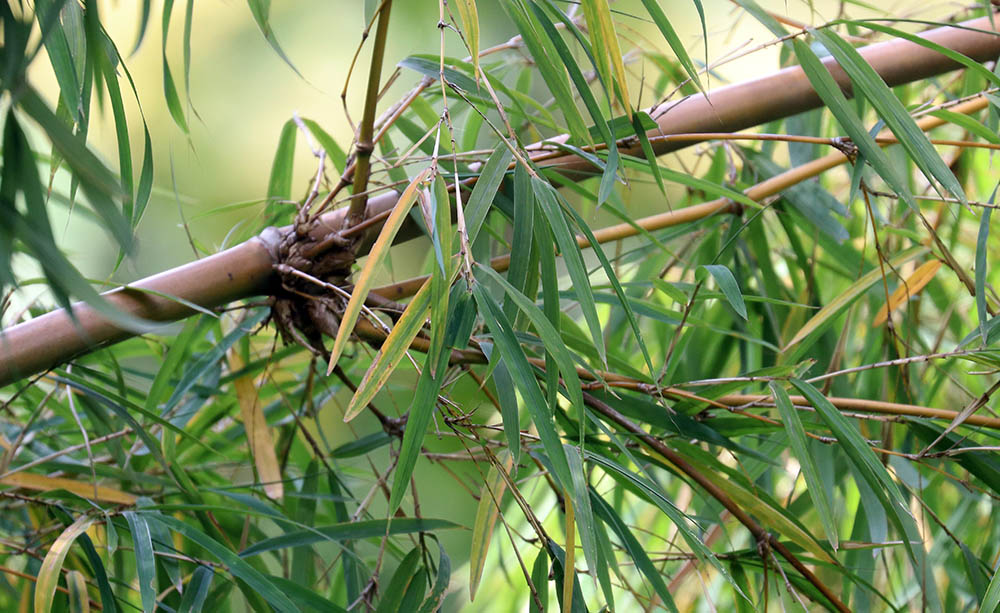 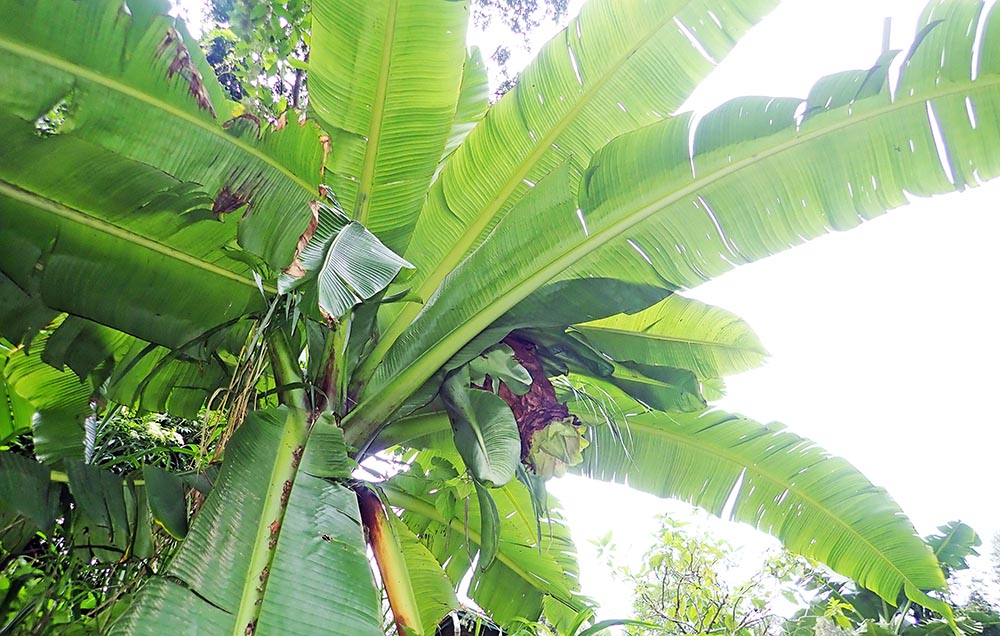 Myrianthus arboreus, 'Giant Yellow Mulberry', 'Monkey Fruit'. Large leaves, large yellow compound looking fruit. Fruit edible. Young leaves popular in a soup so well regarded that there is a saying: "one will kill his child for the sake of ibishere soup". Leaves, bark and seeds used for medicine. Found in rainforest and on edge of forest, including villages, in central and eastern Africa. 'Ochol',Pseudospondias microcarpa, Apparently cut twigs smell like mango. The fig looking fruit has been recorded to be eaten in small amounts (have not tried this, do not recommend). The Ghanian name means 'close your eyes' from reports of people falling asleep underneath it; narcotic or just nice shade? Found in forests, often in flooded areas, of tropical Africa. 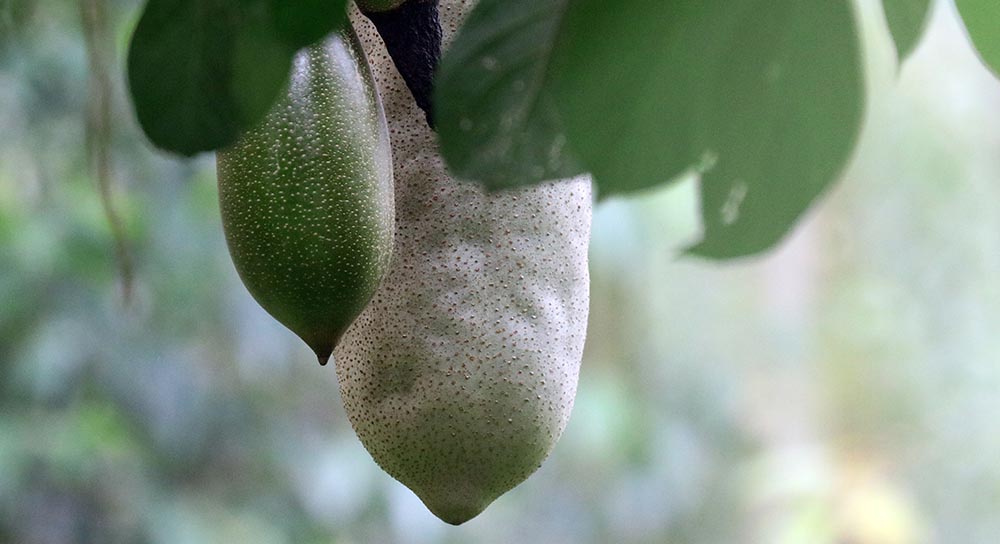 Spathodea campanulata, 'African Tulip Oak' (Rwenzori, Uganda). Neither an oak nor obviously a tulip. Large red flowers. Found in west, central and east Africa. This species had been introduced widely throughout the other tropics of the world, but is often considered a major weed. For the page on the African rainforest