I have visited various islands in Fiji with several expedition ships, and enjoyed exploring there independently in 2014.

Fiji is one of the cheaper and easier countries in the tropical South Pacific.

Unlike south east Asia, it is not crowded, and for Australians it will feel familiar, like Queensland.

You might get tired of everyone yelling BULA! ("hello") to you, even when you are obviously rushing to get somewhere or trying to concentrate on something. But that's the only Fijian you'll need to know if you don't want to learn, as there is plenty of English spoken here. 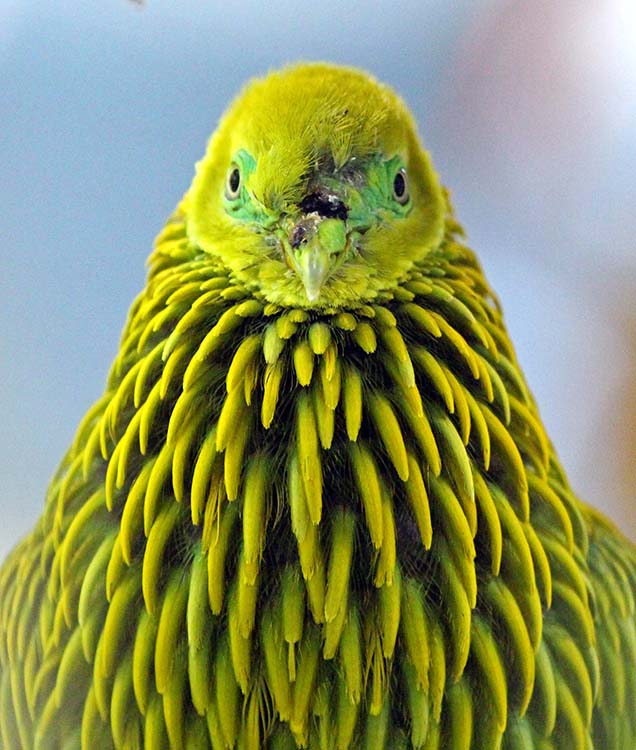 the stare of a Golden Dove, Fiji (Damon Ramsey)

places to see nature and wildlife...

While most islands do not have a huge diversity of terrestrial wildlife, Fiji has a number of interesting endemic birds, some of which are easy to see.

One of the nicest places to explore is Colo-i-Suva (pronounced Tholo-i-suva) National Park . Another very pretty place (but remote) is Fulaga.