In the 1990's I backpacked through the natural areas of North, Central and South America. During that time, I spent a month in Colombia. As this was in the mid 1990's (20 years ago !), I can only write generally about the nature and wildlife options there. This was before digital cameras and I didn't even have a film camera, so sorry no photographs from the time I was there.

Colombia is located in the north-west corner of South America.

Colmbia is well developed, and the bus services are of good standard in the main higher altitude parts of the country. As you are in the Americas, and not Asia, you do have to watch out for your gear and safety somewhat. In the capital Bogota, I just didn't go out into town after dark. And if you order a cafe con leche in the highlands; you might get some rum in your coffee!

Colombia is often considered the most biologically diverse country on Earth (for species on land, at least). Part of this is due to the variation in topography (from the high Andes to both the Pacific and Atlantic coasts), and thus a range of habitats (from alpine to lowland tropical rainforest to coral reef).

In fact, this range of habitats is the main reason I travelled there. I visited the Central American-like rainforest of Tayrona National Park in the north, the Andes down the centre, and the lowland rainforest of the Amazon.

In the north is Tayrona National Park. This is located on the northern coast, on the Atlantic. The tropical rainforest here is basically an extension of the Central American rainforest. When I visited this park, it was officially closed, so you could only 'unofficially' sneak in there. It is reported that it is now the second most visited national park in the country. At the time, I stayed in a cheap backpackers lodge on the beach. My fondest memories are of watching bright green Basilisk Iguanids run across the surface of the freshwater, giving them the name 'Jesus Christ Lizard' (lagarto de Jesus Cristo ) for their ability to walk on water.

I also stayed at a national park on the Amazon River, called Amacayacu national Park. The country of Colombia has a small sliver that extends down to the Amazon. Here there is a town called Leticia, which borders Benjamin Constant in neighbouring Brazil. 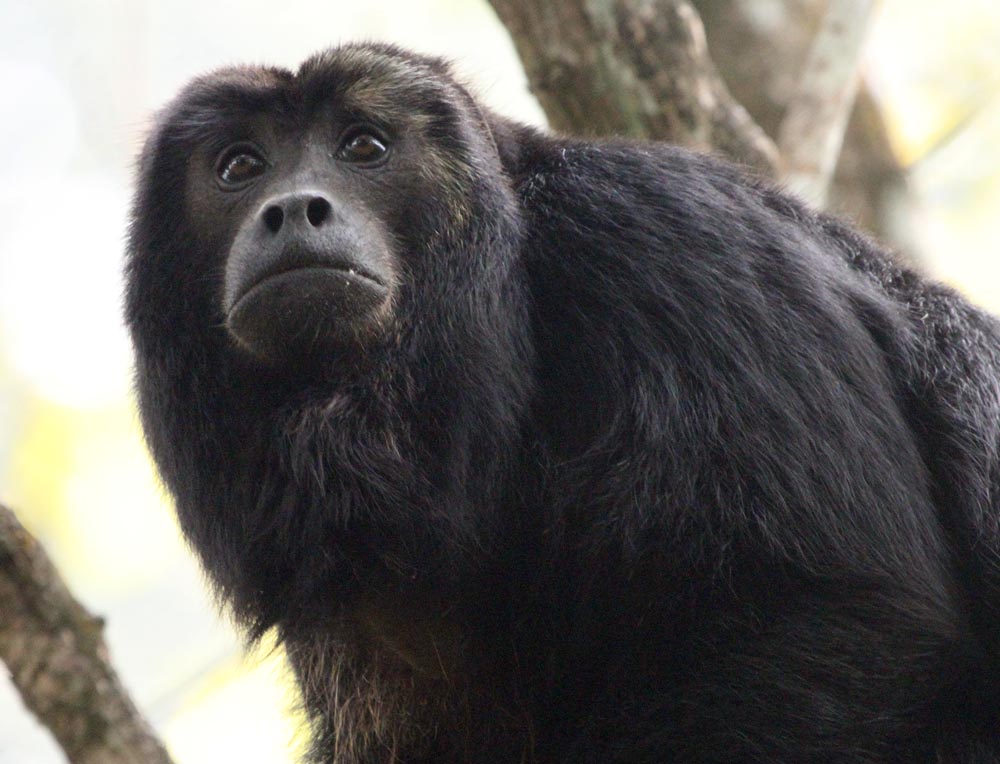 Howler Monkey (in a zoo in Brazil, sorry I didn't have a camera back when I was in Colombia)