The incredible diversity and colour of Australia's temperate forest and woodland parrots...

‘Parrots’ belong to their own order, the Psittaciformes. They are mainly found in the southern continents and the tropical regions of the world. There are many different kinds of parrots, yet they comprise a distinctive group of birds that most anybody would recognize because of a suite of familiar characteristics.

The skin around the eye is often obvious, enlarged and appears fleshy, the bill is usually well developed, with a large hooked, down-curved upper mandible, over a smaller up- curved lower mandible. The arrangement of the feet is also unusual, with two toes pointing forward, and two backwards. Parrots also have some distinctive features of their behaviour and life cycle. Most species are monogamous, and many species appear to bond for life. Most do not build nests, but raise their young in the existing hollows of trees, or excavate holes in banks, cliff faces, or termite mounds. Parrots are not territorial and quite sociable, and can thus occur in large flocks. They are often nomadic, flying fast and wide to take advantage of varying resources. Most parrots have basic screeching calls that are not thought of as particularly melodi- ous, but the highly sociable nature of parrots may have resulted in the development of many different calls for different purposes, including soft contact calls, warning calls, or calls made just previous to take off.

There are more species in the Neotropical rainforests than anywhere else, but it is in Australia where the group attains their greatest ecological, morphological and colour diversity, and they can be found from the deserts to the tropical rainforests. The parrots of Australia's temperate forests range include white, black, pink, blue, and even species with every colour of the rainbow! 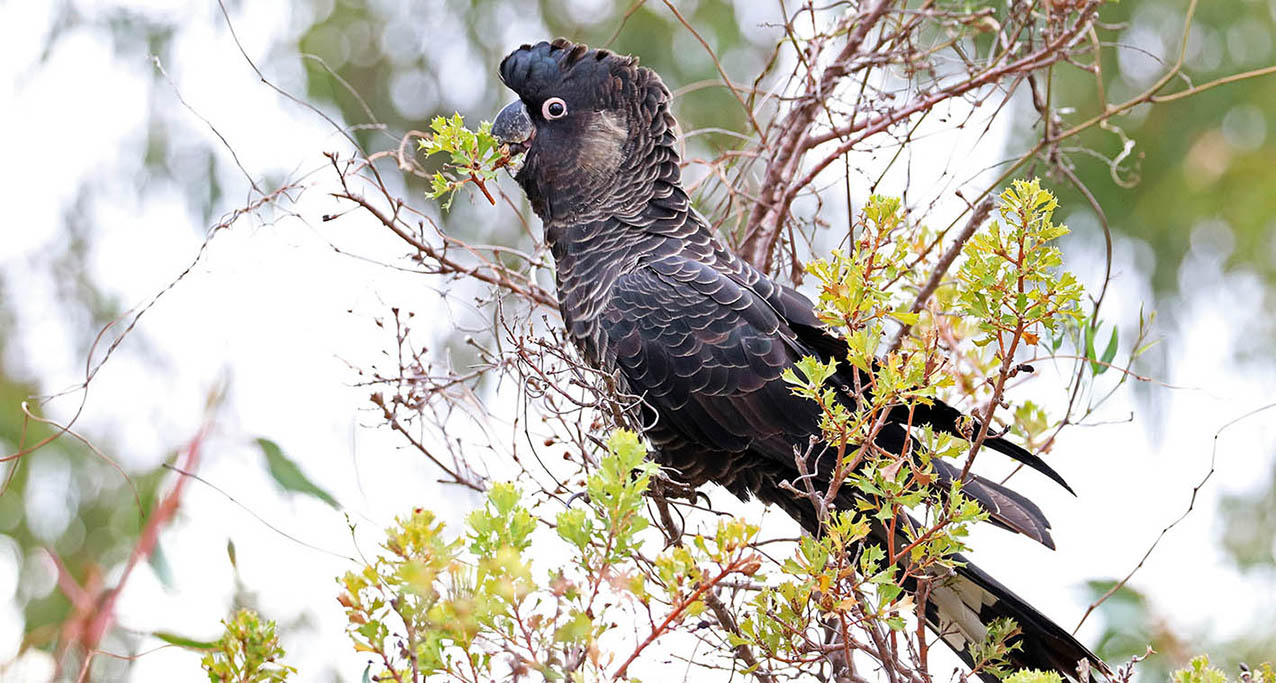 These parrots were named for a suburb called Rose Hill where they were commonly seen; over time their name morphed from "Rose Hiller" to "Rosella".

Small green parrots with a bill relatively flat to the face, that gives the head a stumpy un-parrot like profile

Parrots that slurp on nectar with brush-tipped tongues.

For the page on the Australian temperate forest and woodlands