The diverse amphibians of the tropical South and Central American rainforest... 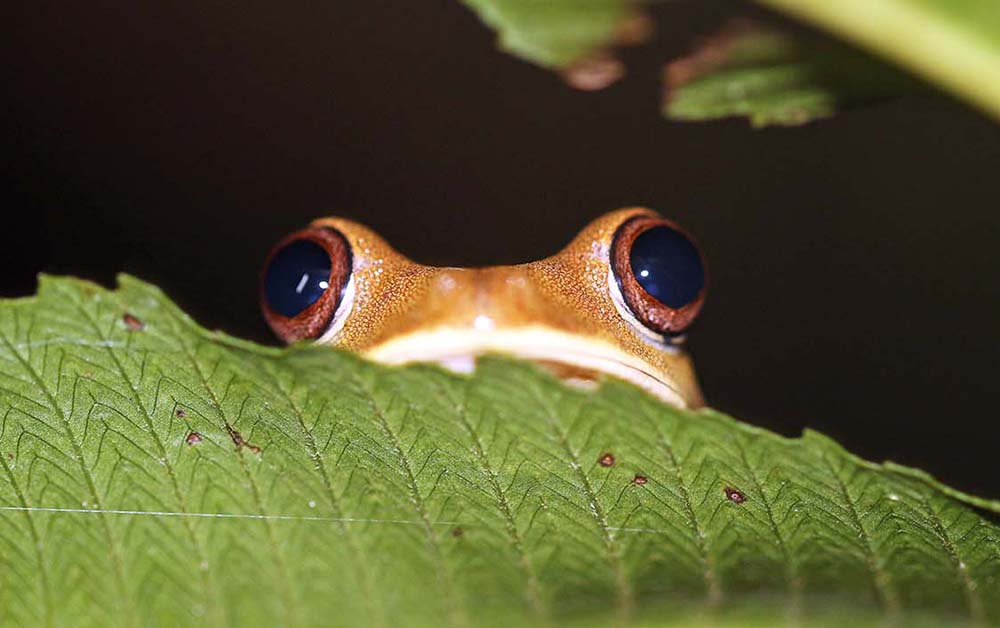 Frogs are amphibians without tails. And with those big eyes and floppy limbs and no teeth, they are so cute! 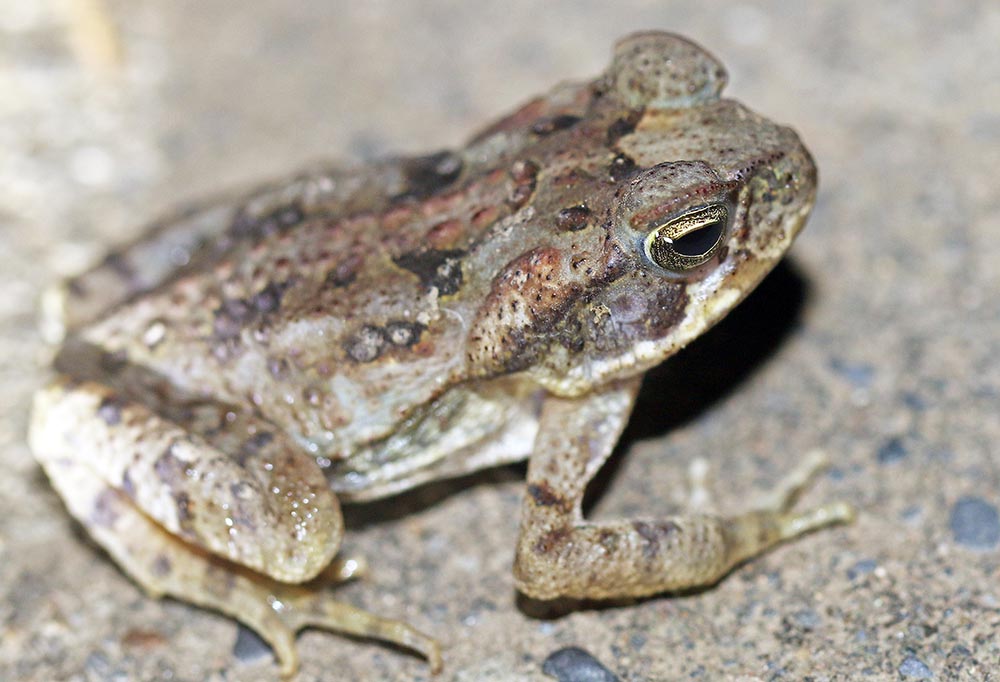 Rhinella marina 'Giant Neotropical Toad', 'Marine Toad'. Large lumpy paratoid glands behind eyes. Has a gentle rolling call like a motorbike or generator in the distance. Usually found more on the edge of the forest. This is the infamous 'Cane Toad' that has been introduced in many tropical areas around the world and subsequently become a major pest, particularly in Australia. 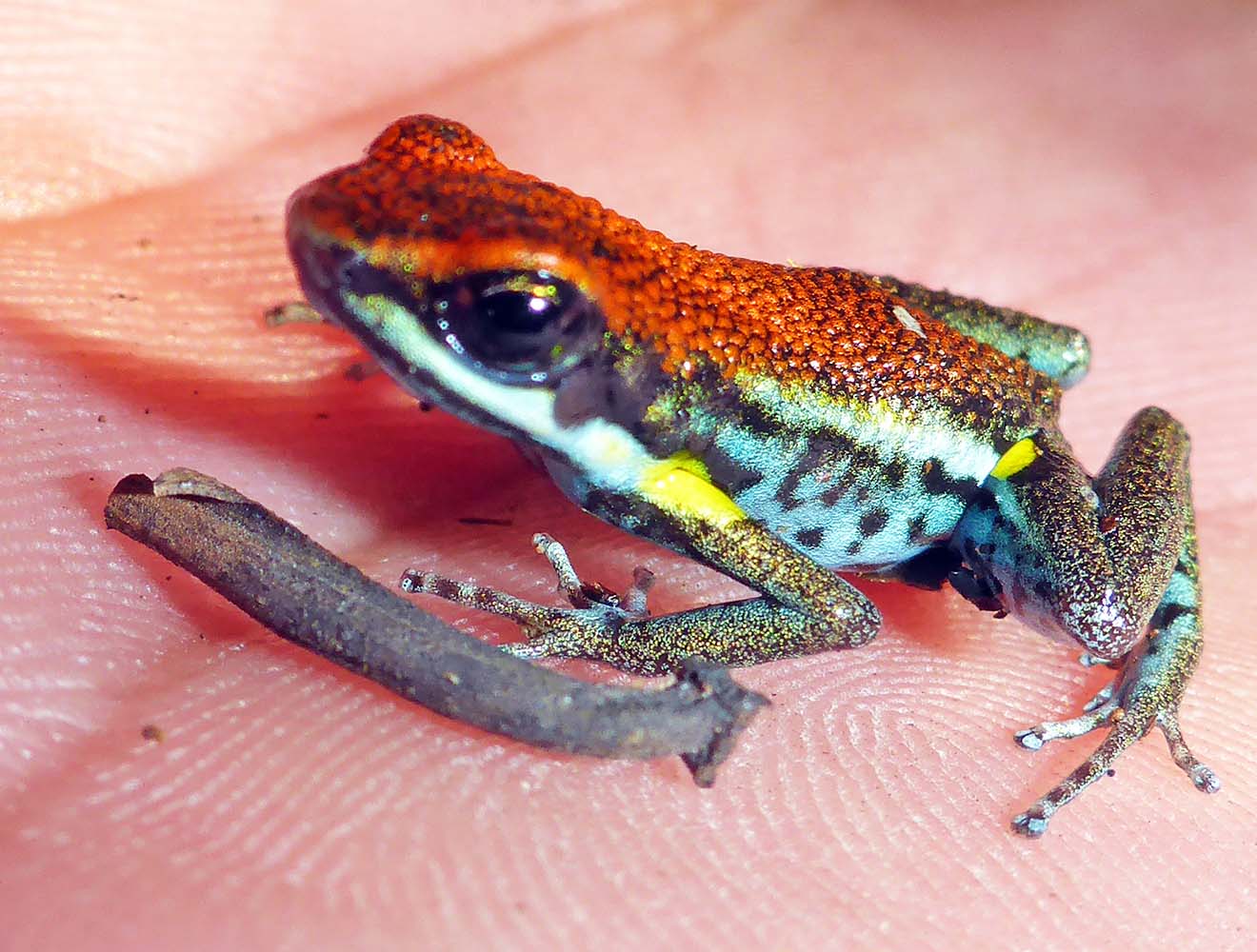 These frogs are usually small but stand out from the rainforest floor as they are often colourful. The poison arrow frogs are, as the common name suggests, toxic to eat. Thus, they walk around th forest floor in the daytime and in the open and not worried about being molested; unless a big human like me comes along. They are found in rainforests & associated habitats, only in South & Central America (although there is a sinmila looking group of frogs in Madagascar). 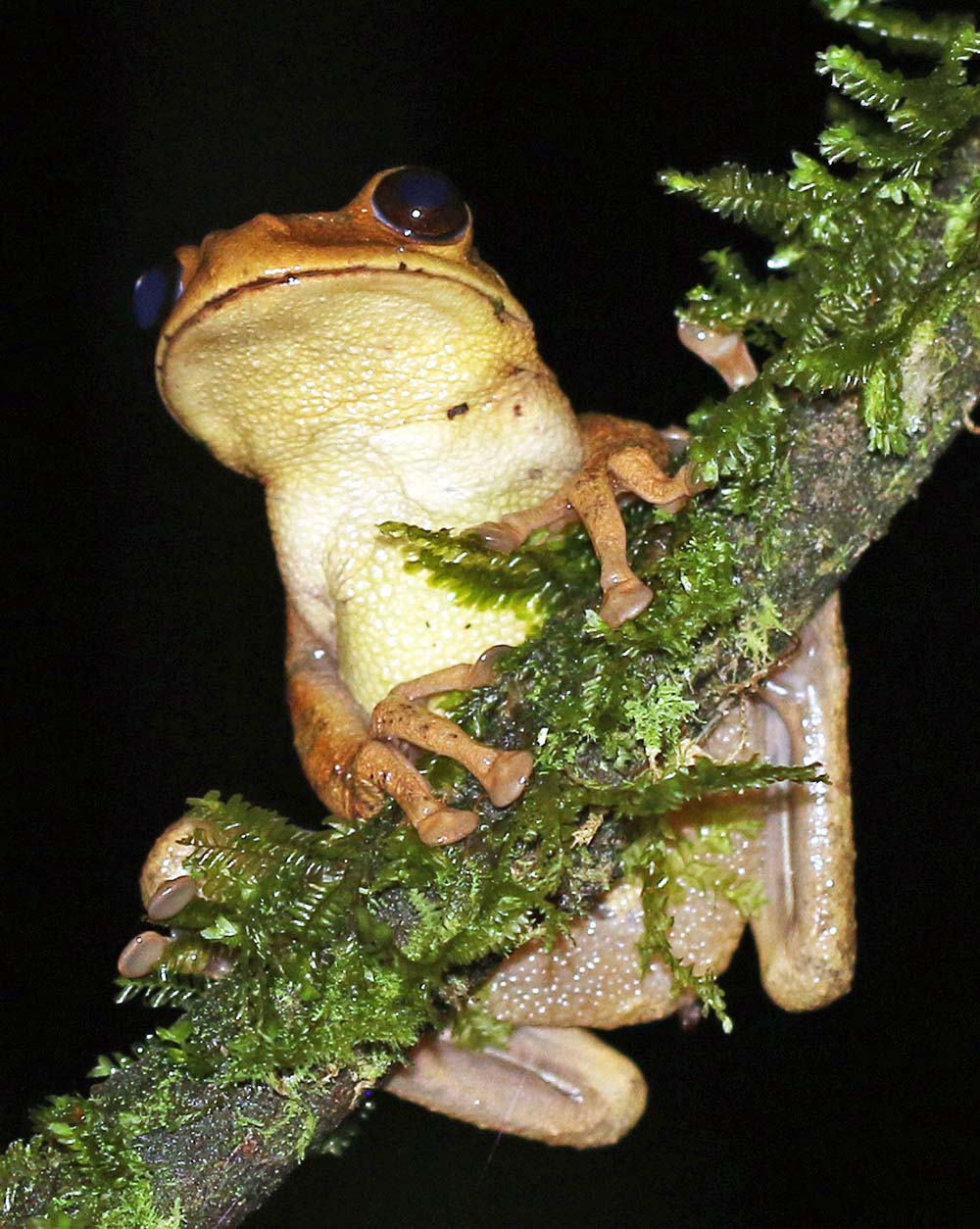 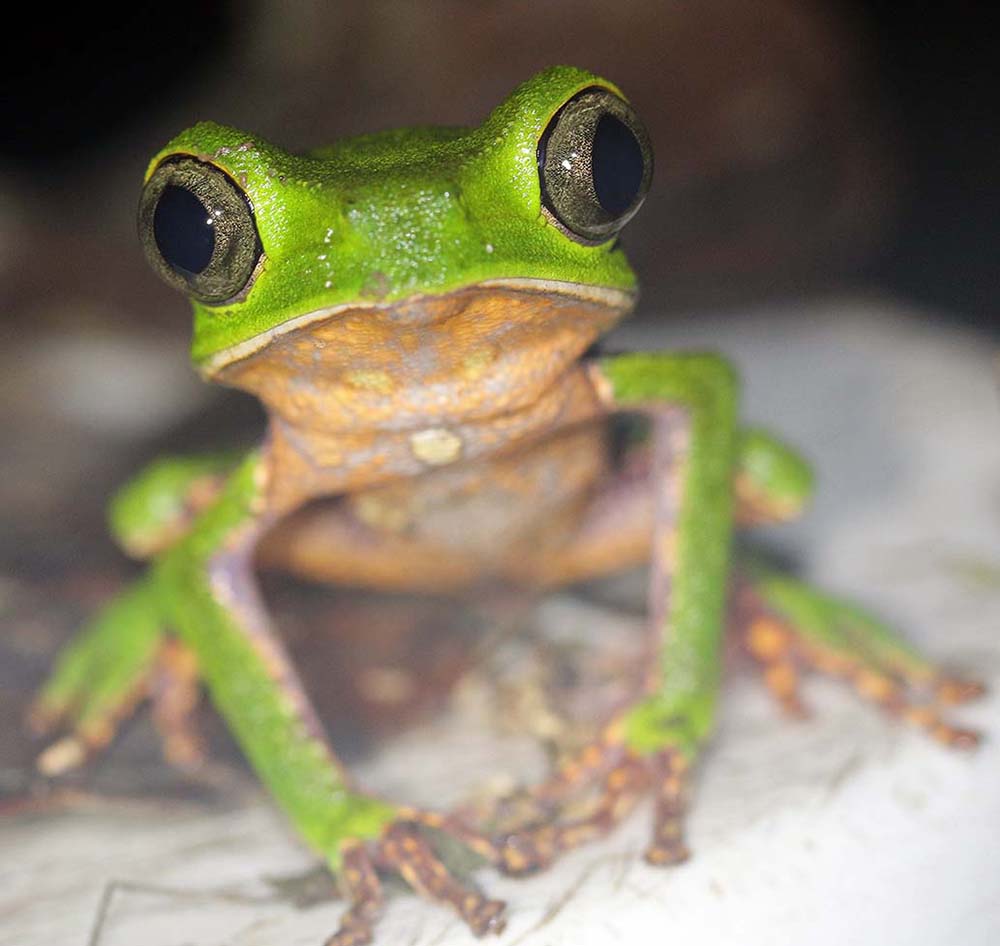