One of the most common and distinctive bird groups in the tropical Asian rainforest are the Bulbuls...

If there is one group of birds that typifies the Asian rainforest, it is the bulbuls. Although in Asia they common in open areas, in any one area of rainforest, they are often the most commonly seen birds. Many species have yellow in their colours. 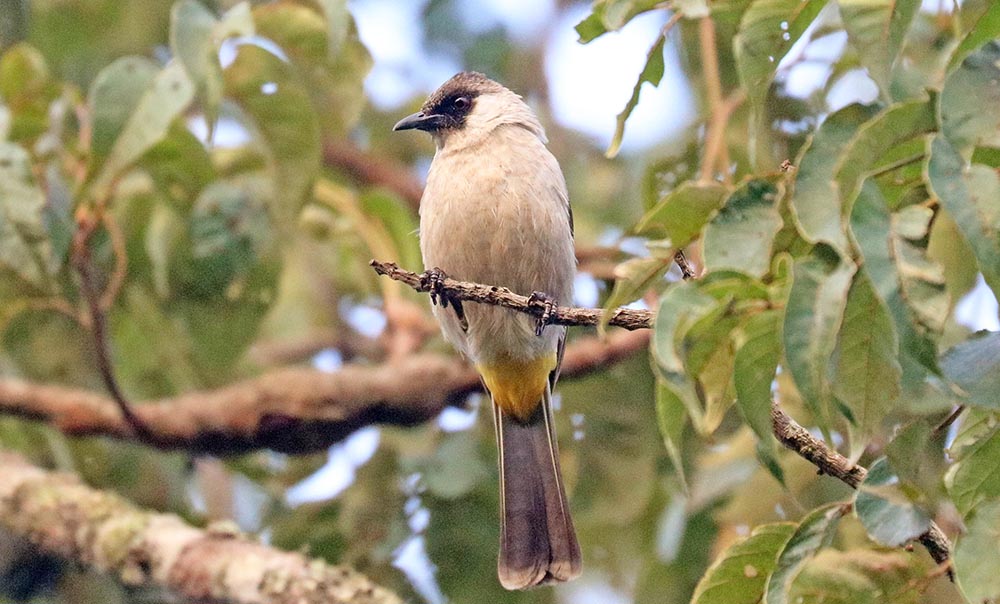 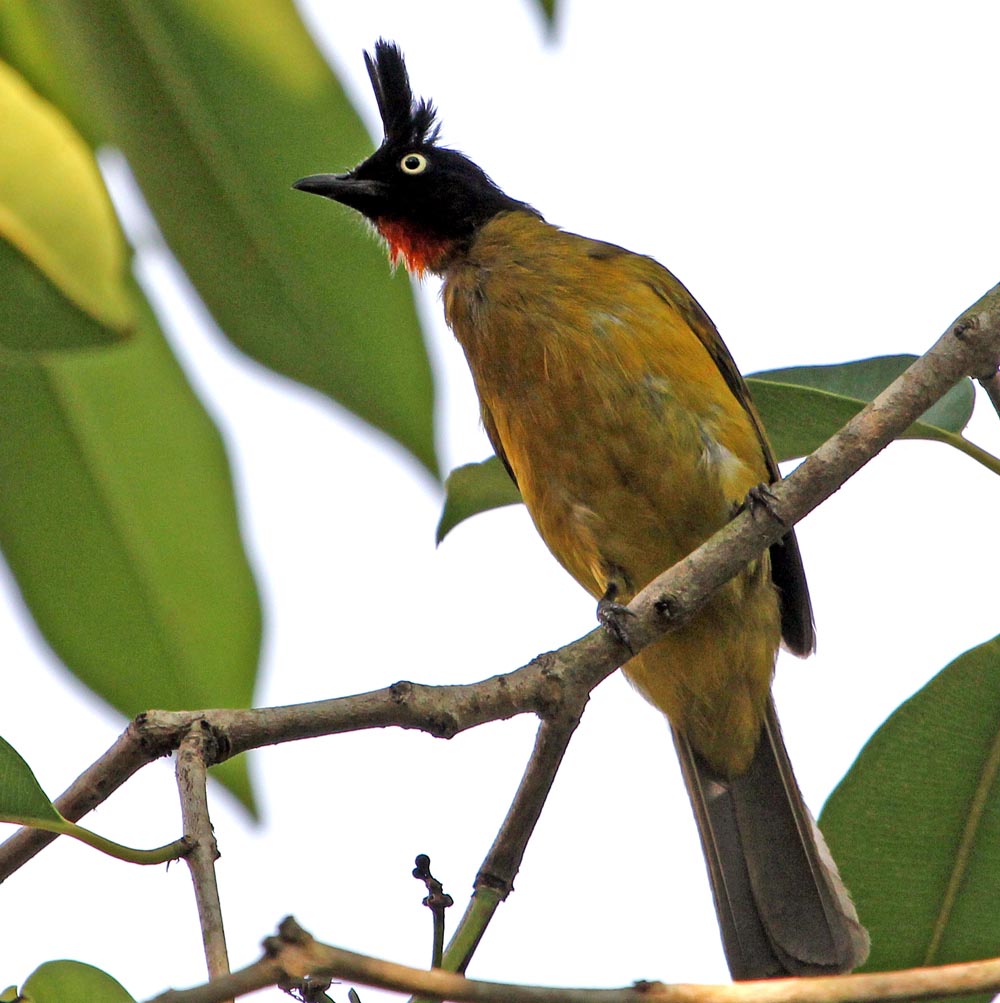 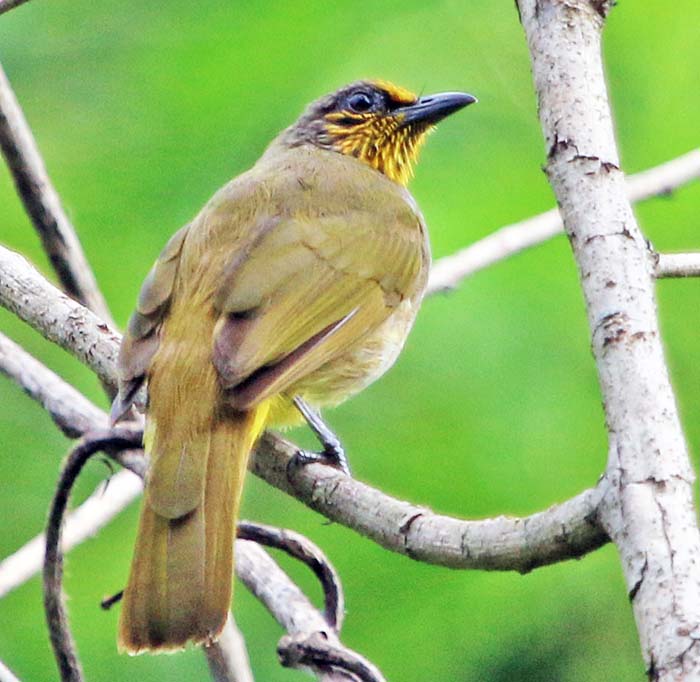 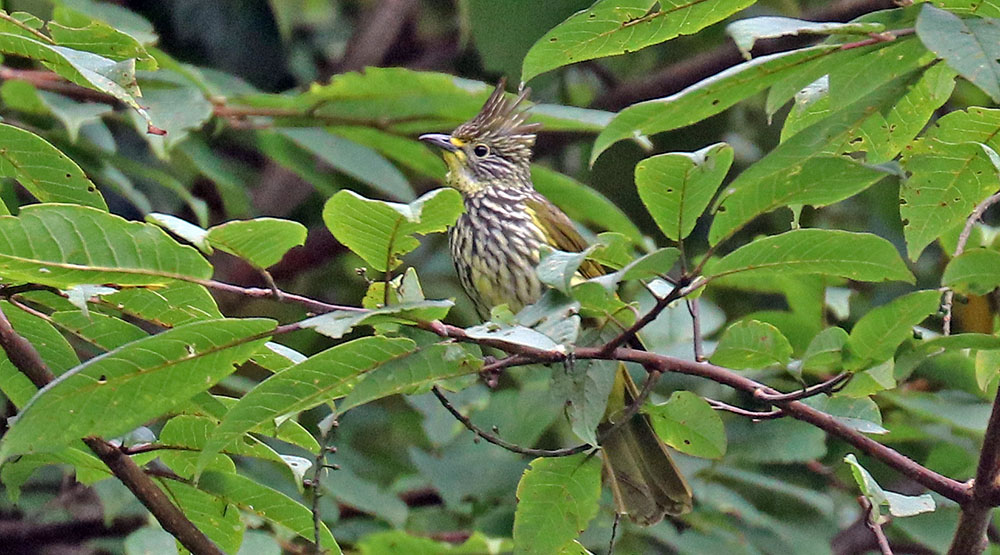 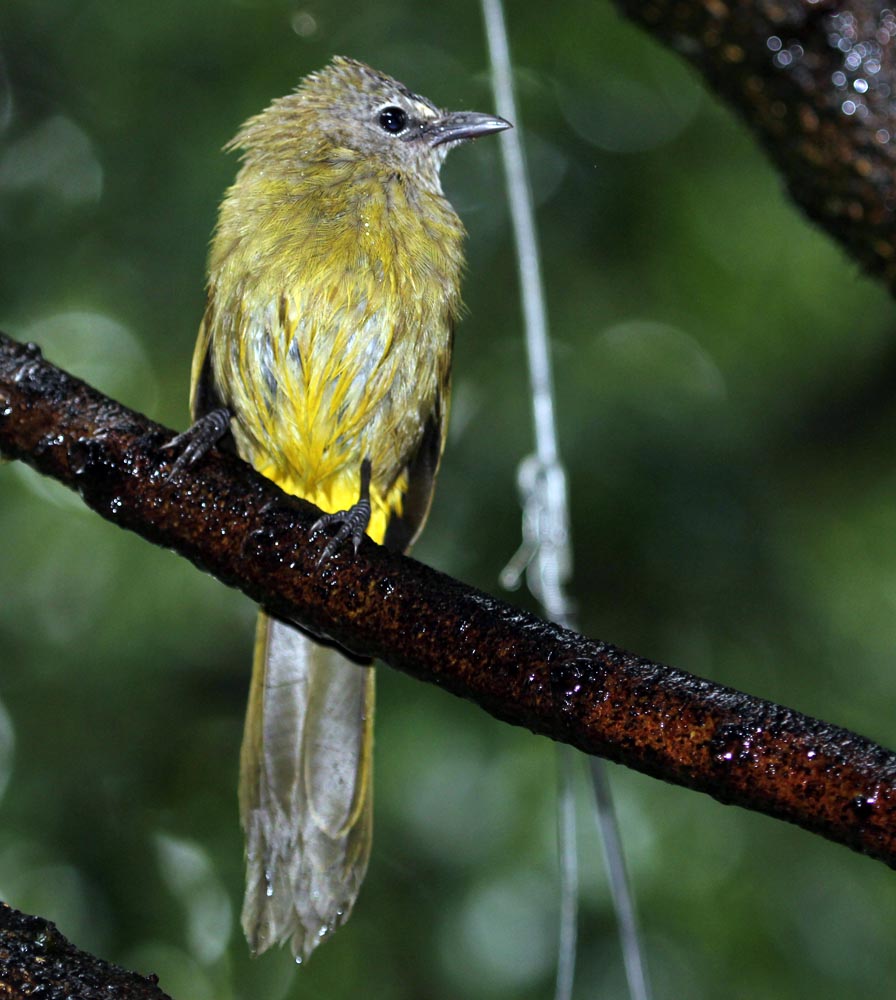 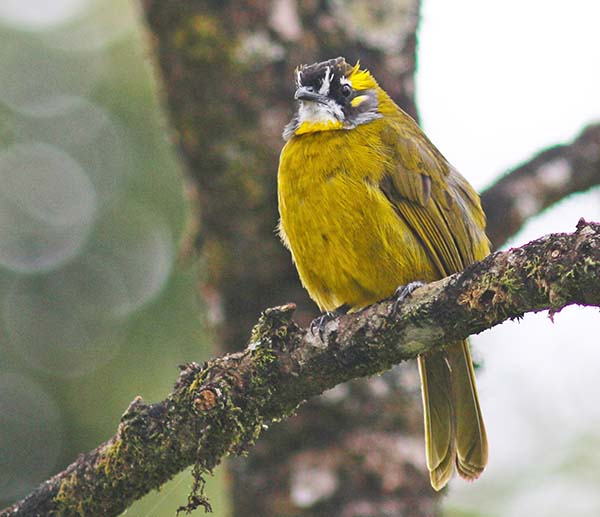 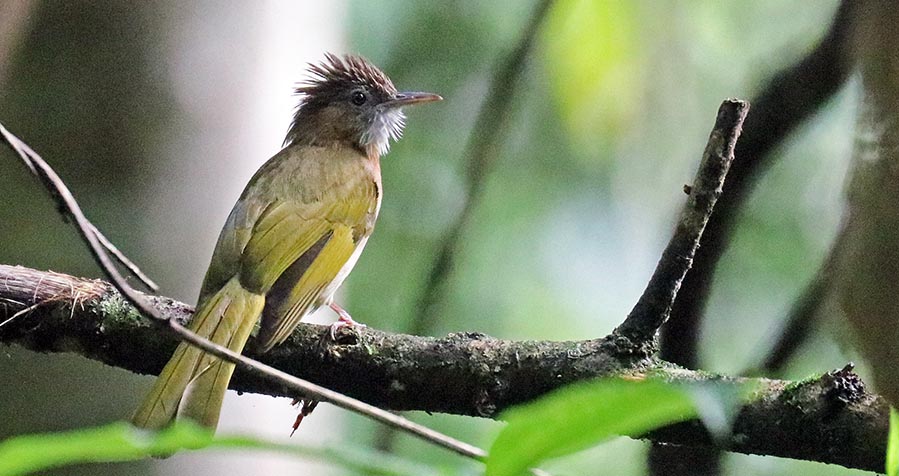 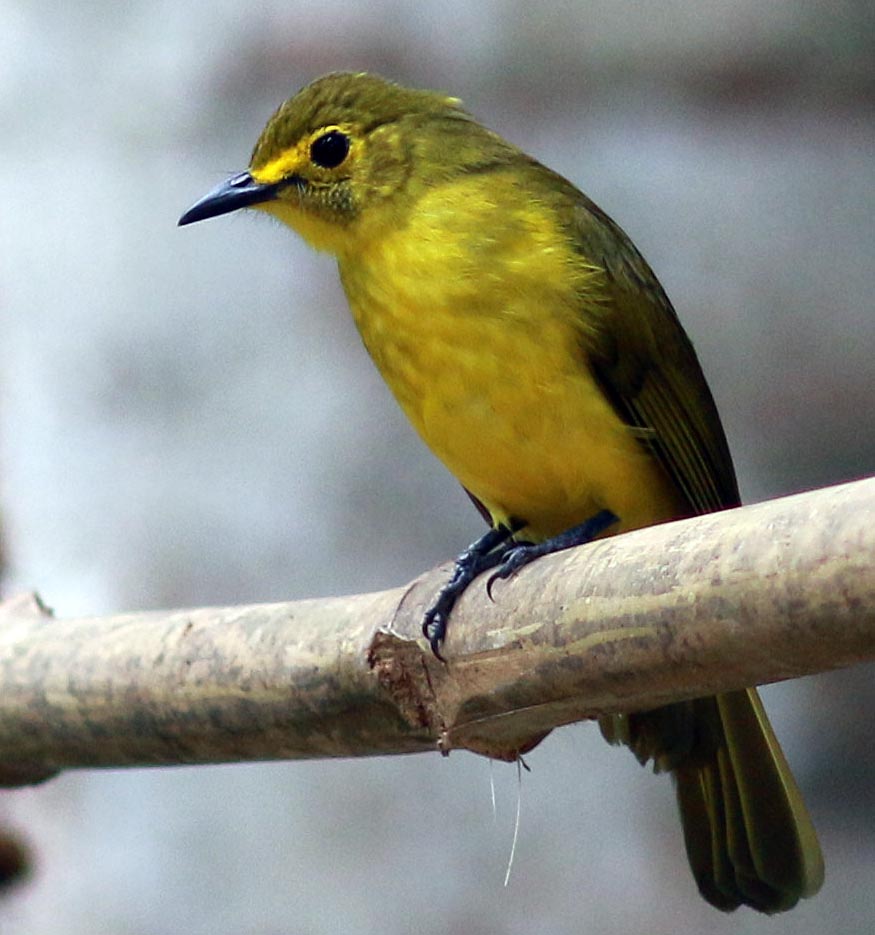 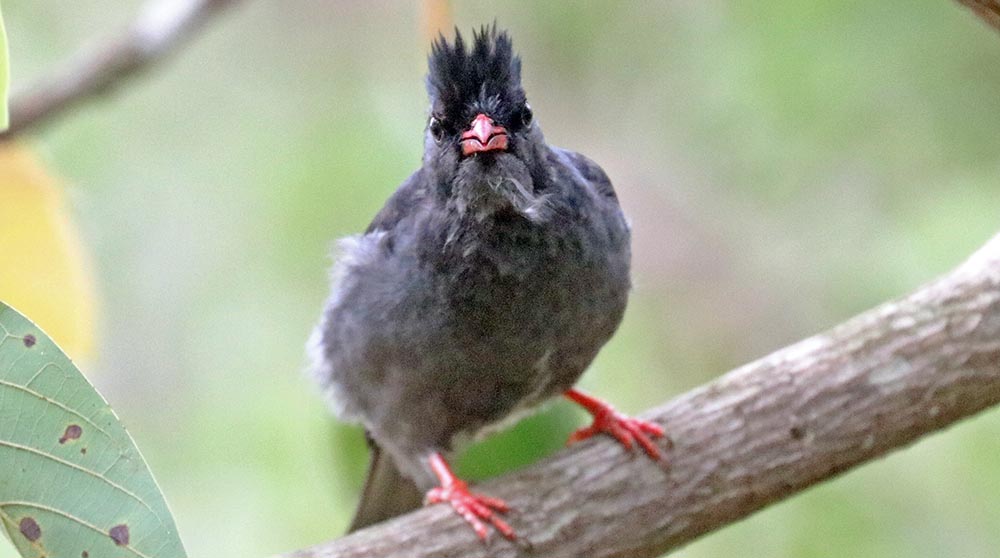 Hypsipetes leucocephalus, 'Asian/Himalayan Black Bulbul', (Nature Lodge, Senmonorom, Cambodia). As suggested by common name, they are mostly all black. But as suggested by scientific name, some races have individuals with striking white on head.have Found in rainforest on south-east Asian mainland, from Himalayas to southern Vietnam. 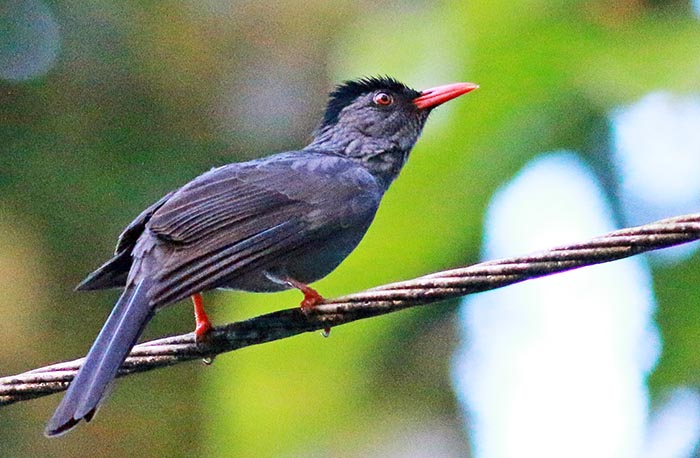